Brunei is a tiny nation of only 375,000 citizens on the island of Borneo, which this city-state shares with Malaysia and Indonesia. Brunei is cut into two slices; the Temburong district to the east is separated from the rest of Brunei, and surrounded by Malaysia.

Brunei has some of the largest oil fields in all of Southeast Asia, making it home to one of the wealthiest rulers on the planet. The Sultan of Brunei has assets of around US$ 40 billion and lives in a 1,700-room palace with a garage for 110 cars. His family has ruled Brunei for over 600 years. Travelers to Brunei can glimpse his palace from the road, but the best views are from the water. The Bruneian Empire was founded in the 7th century, and during the rule of Emperor Bolkiah it reached as far away as the Philippines.

In Brunei, Malay, Chinese and English are the main languages. About two-thirds of the population is Muslim, and alcohol is banned by law. Ten percent of the people are Christian and the remainder are Buddhist and Animist.

Classic Brunei starting at $3,500 per person 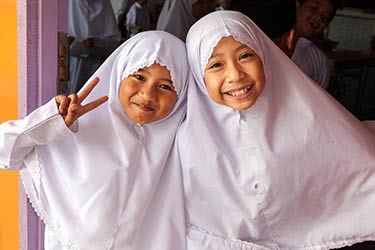 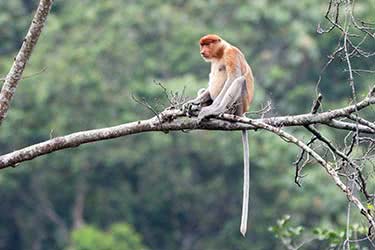 The Wilds of Brunei

Spend a remarkable 6 days taking in the lush natural beauty of Brunei as you journey from the capital of Bandar Seri Begawan to Ulu Temburong National Park, stopping at places like Kampong Ayer Water Village. You’ll hike and cruise through an array of biodiversity by day, and relax in sheer luxury by night. 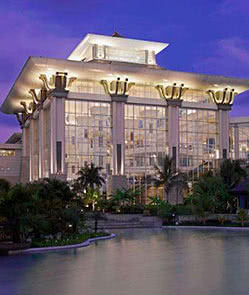 Opened in October 2000, the Empire Hotel is a stunning property that reflects the country’s majestic cultural heritage and takes advantage of its beautiful surrounding environment. Voted the Best Golf Resort in Asia Pacific by Asian Golf Monthly in 2011, the Empire Hotel offers much more than an 18-hole golf course with breathtaking seaside views. All 508 guest rooms have a balcony, free wi-fi and satellite TV. In addition, 5-star amenities, including the aforementioned golf course, 8 outdoor pools, a private sand beachfront, a bowling alley and outdoor tennis courts, are available to all guests to use at leisure. Dining options include Atrium Cafe, which offers themed buffets daily, Li Gong’s Cantonese fare and Pantai, which offers al fresco seafood. The Empire Hotel and Country Club is located 15 minutes from the Brunei Airport. It should be noted that Brunei is a dry country; therefore, the restaurants do not serve alcohol. 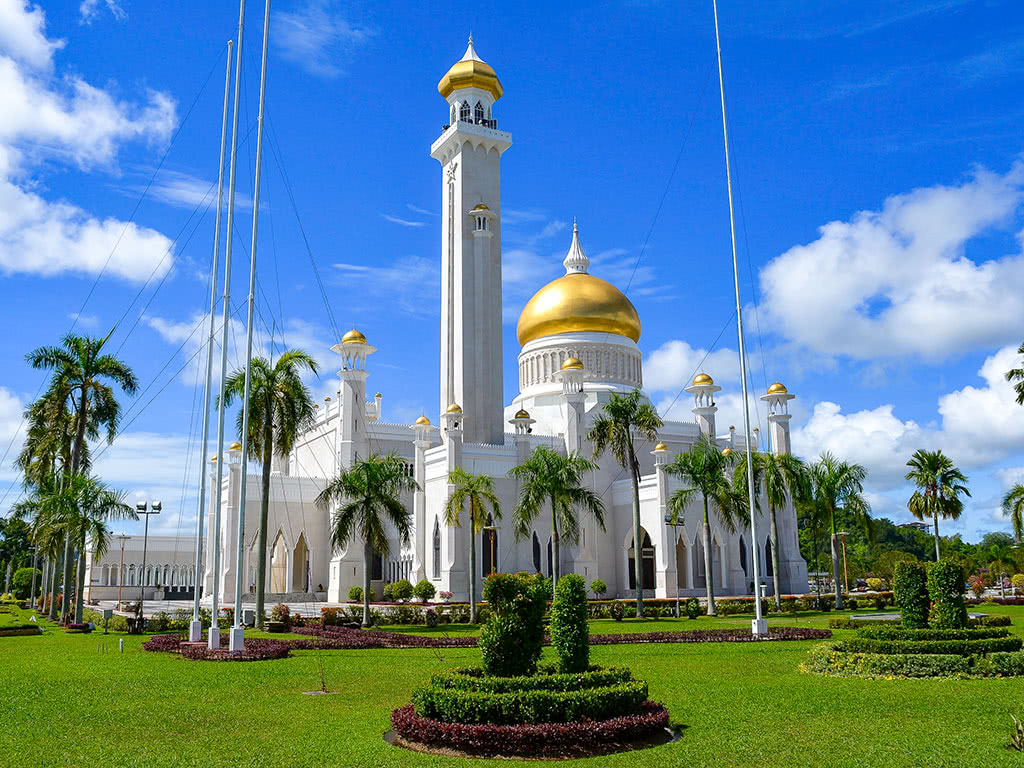 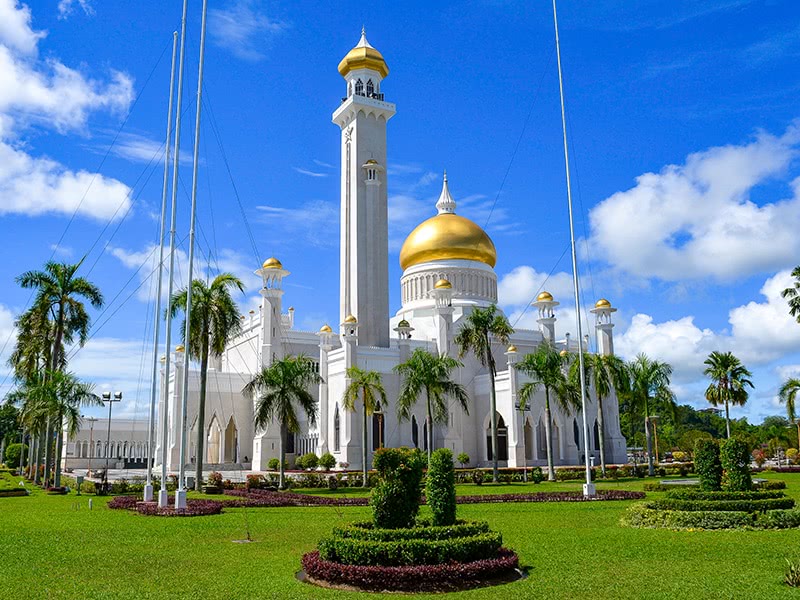 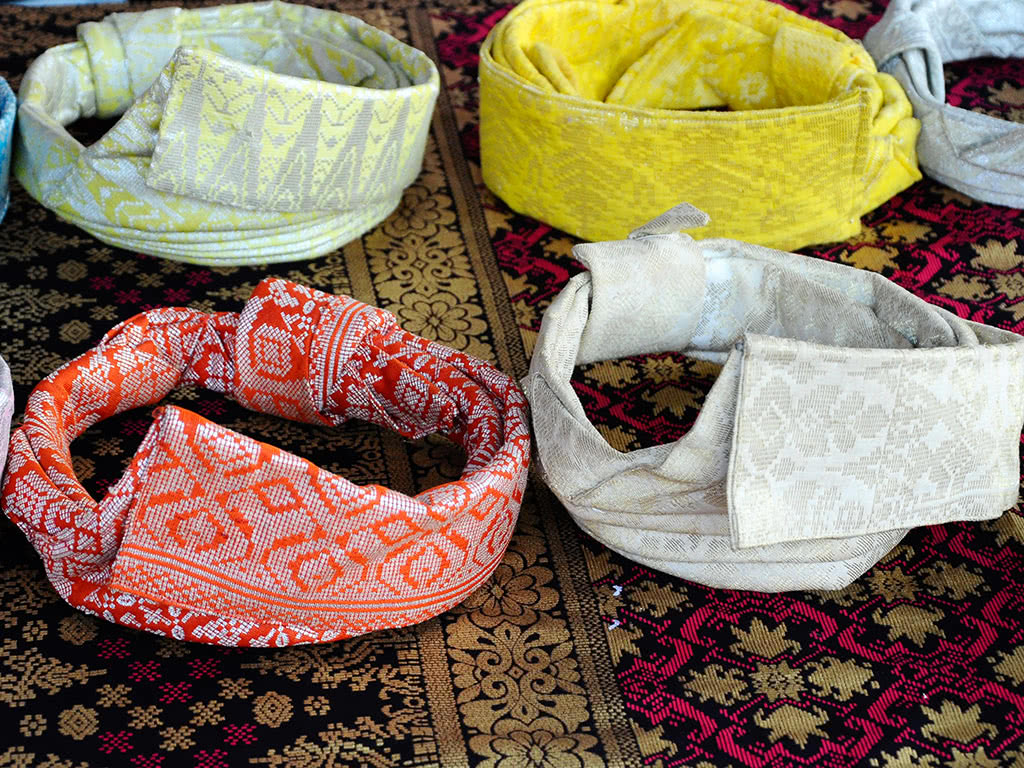 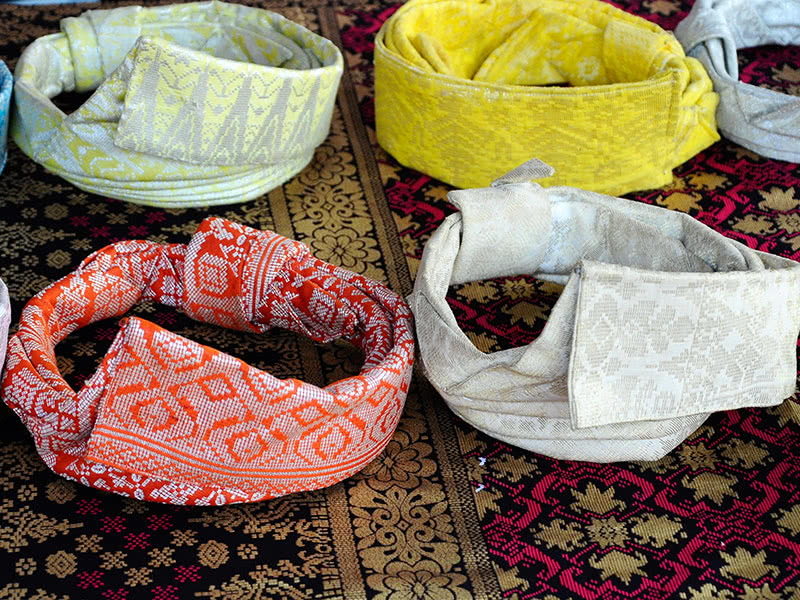 The best time to visit Brunei is from February to April, when it is dry and not too hot.

Brunei may not be the most exciting destination with no bars or nightlife, but for a short visit it offers plenty to do and see and its people are amongst Asia’s friendliest.

Read Article
City on Stilts: A Journey through Kampong Ayer

City on Stilts: A Journey through Kampong Ayer

With more than 40,000 residents and just moments from Bornean rainforest, Kampong Ayer in Brunei is less of a water village and more of a city on stilts.

Brunei isn’t a large country, and using the capital as your travel base allows visitors to see the best of the nation’s hotels, nature, and diving.