Landlocked Armenia in Caucasia is a cultural and political lynchpin of Asia and Europe. With a history going back more than 4,000 years, Armenia is bordered by Turkey, Georgia, Azerbaijan and Iran. Found in the emerald hills of the Armenian Highlands, Armenia has been shaped in the crucible of a tumultuous past — both in ancient and recent history — and it has left a mark on the people and the nation itself. Following World War I and the Armenian genocide, world powers sought to divide up the Ottoman Empire and drew boundaries for the new Armenian republic, but only a few years later in 1922, the Red Army of the USSR would annex Armenia until 1991, when Armenia officially declared its statehood. The Armenia of today is a proud nation with a distinct language and a deep and abiding Christian history, and the nation’s geography and heritage have made it a growing destination for international travelers. Hiking and nature tourism attract people from around the world, as are a number of mountain resorts catering to high-end travelers. In addition to its status as a hotbed for crossroads cultural immersion, Armenia has a burgeoning extreme sports and adventure travel scene, including paragliding, spelunking, mountaineering, and helicopter tours through the mountains.

Classic Armenia starting at $4,400 per person 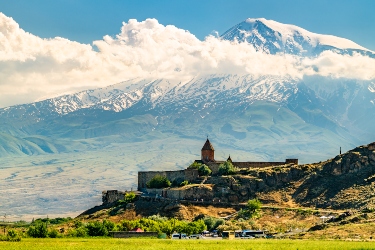 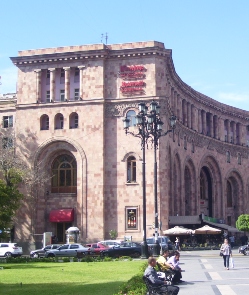 The Armenia Marriott Hotel Yerevan is an upscale international hotel situated in the heart of the city next to Republic Square and within walking distance to other landmarks. The property has a total of 121 rooms and 23 suites, spread over nine floors. Other hotel facilities and amenities include a fitness center, outdoor seasonal pool, complimentary wifi in the lobby and public areas, full-service business center, multiple conference rooms. The airport is a 25-minute drive away.
See Hotel 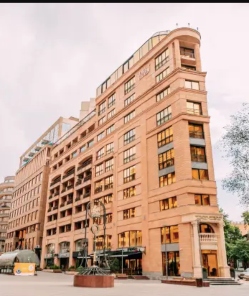 The Golden Palace Hotel Yerevan is a boutique luxury hotel set in the city center, a short distance from attractions such as the Armenian Opera and Ballet Theatre, the History Museum of Armenia, and a few minutes’ walk from Republic Square. The 36 rooms and suites are dressed in stately Italian furniture, white marble, gilded trimmings, and fitted with modern amenities and appliances. A continental-style breakfast is served daily at the rooftop signature restaurant. At dinner, a contemporary menu is offered. The wine bar features ground level alfresco seating and is popular with guests and locals alike. Leisure facilities at the Golden Palace Hotel Yerevan includes a wellness center that offers massage and spa treatments, salon services, and a fitness area. Zvartnots International Airport is a 25-minute drive away.
See Hotel 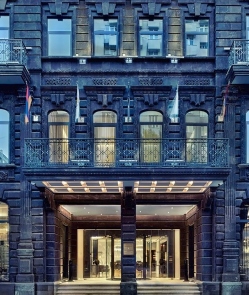 The Alexander, a Luxury Collection Hotel, is one of the finest hotels in Yerevan, bringing international-standard five-star luxury and signature service to the historic center of the city. The hotel’s 114 modern rooms and suites are tastefully-appointed in sumptuous creams and gilded accents, furnished with plush bedding, fine linens, and ensuite marble bathroom. The Alexander Spa by Anne Semonin is a wellness destination that features the French luxury cosmetics brand’s signature products in a wide range of pampering services and treatments including body scrubs, massages, waxing, hair treatments, makeup services and more. The hotel’s fine-dining Italiano Ristorante serves a choice of Italian dishes and collection of wine at the top floor, with a view of Mount Ararat in the distance. Conveniently located in the city center, Republic Square and the National Academic Theatre of Opera are within five minutes walking distance, while the airport is only 30-minutes drive away.
See Hotel 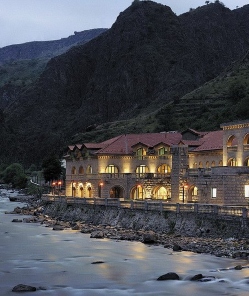 The Avan Dzoraget Hotel is a countryside getaway only a 4-hour drive from Yerevan, which invites guests to relax and explore the beautiful landscape. The property sits along the Debed River, nestled among the forest-covered hills and rocky slope of Caucasus Mountains. Its basalt stone exterior and architecture is evocative of medieval Armenian castles and redolent of history and tradition. Rooms and suites are spread among the main building and a new annex. All guests can enjoy views of the river from their stylish rooms dressed with handcrafted furniture and modern amenities. On property, guests can unwind poolside, enjoy meals and drinks on the riverside terrace, and enjoy massage treatments and the sauna at the spa. Those looking for adventure can enjoy fishing, hiking, horseback riding, and river rafting within the scenic canyon area. The historic Sanahin and Haghpat monasteries are within a short 15-minute drive away.
See Hotel 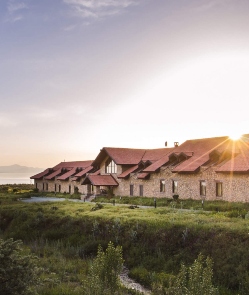 The Tufenkian Avan Marak Tsapatagh is a rustic stone property located on the eastern shore of Lake Sevan and in the small farming and fishing village of Tsapatagh. This lakeside retreat on the quiet side of the popular Lake Sevan invites guests to unwind and enjoy the lake and surrounding natural beauty in tranquility. There is a total of 34 rooms including rooms, duplexes, and suites, each dressed in simple stone walls, wooden floors, and handcrafted furniture and natural woven textiles. Spacious lounge areas, wide windows, and private terraces allow guests to make the most of the views over the lake. Freshly-caught fish from the lake is featured at the signature restaurant where diners can enjoy their meals alfresco on the lakeside terrace. Recreational facilities include an outdoor swimming pool, beach cabin, hot tub, tennis table, and billiards; other services include laundry, bicycle rentals, and complimentary WiFi.
See Hotel 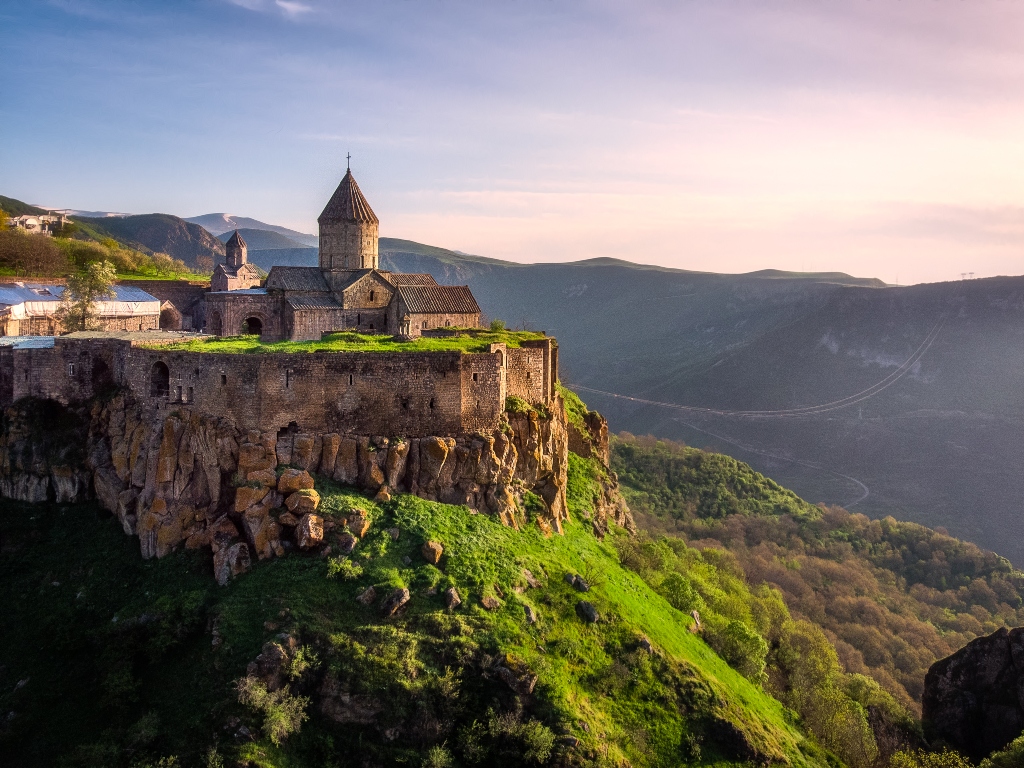 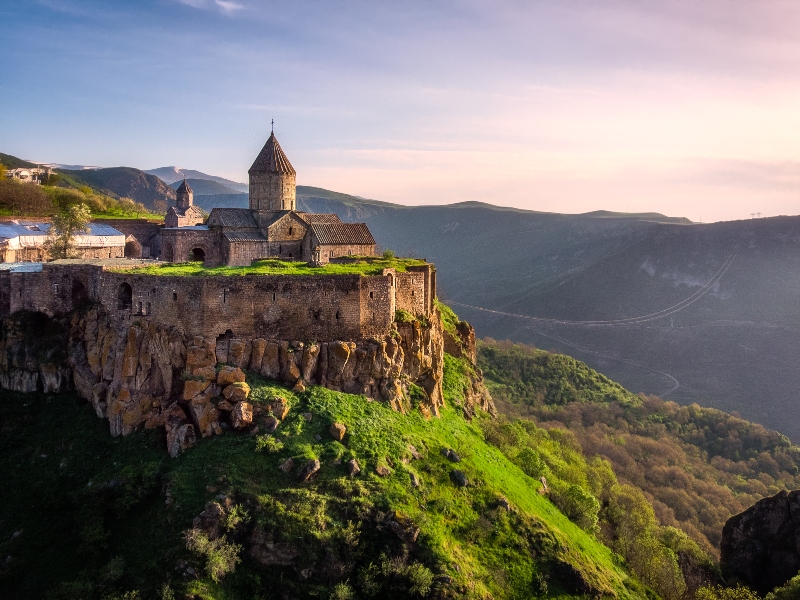 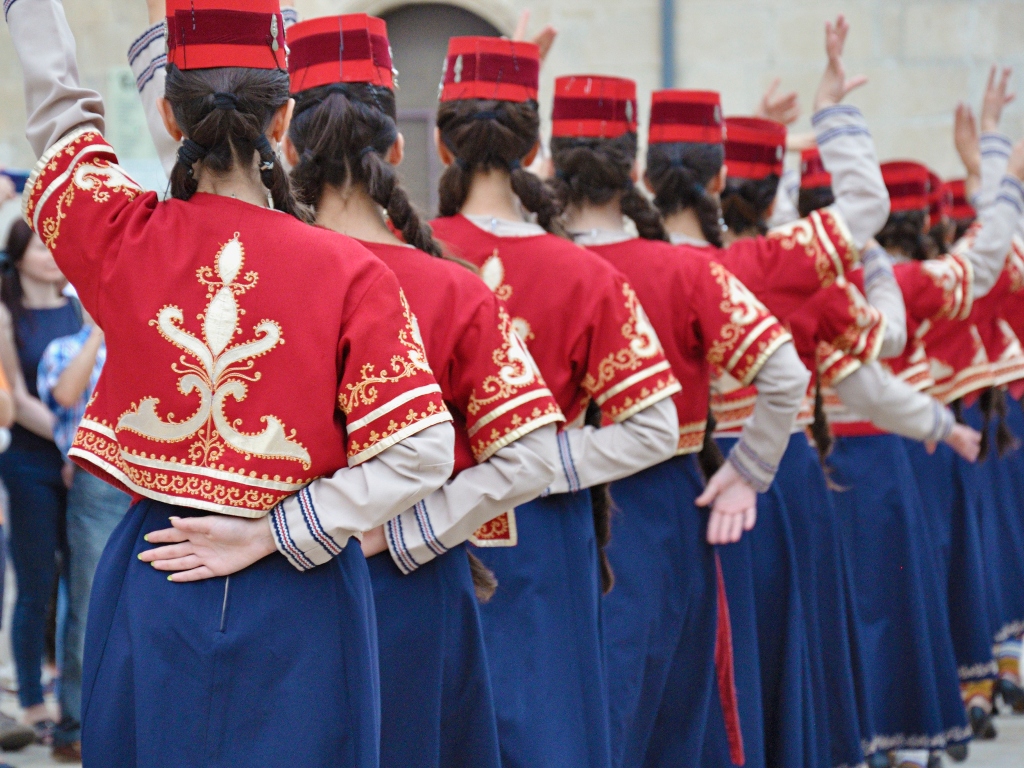 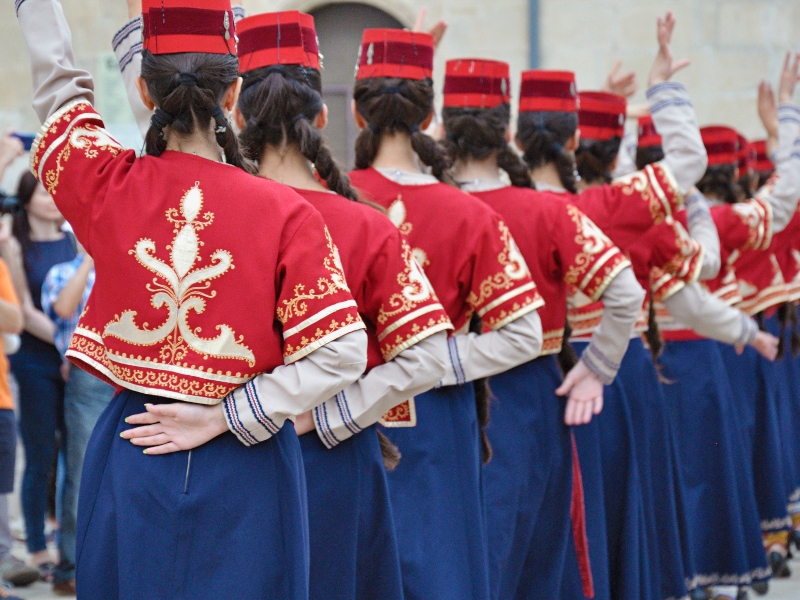 With epic landscapes and lore that is ancient, complex, and tragic, Armenia offers a visceral historic bonanza that takes in some of Christianity’s most sacred symbols.