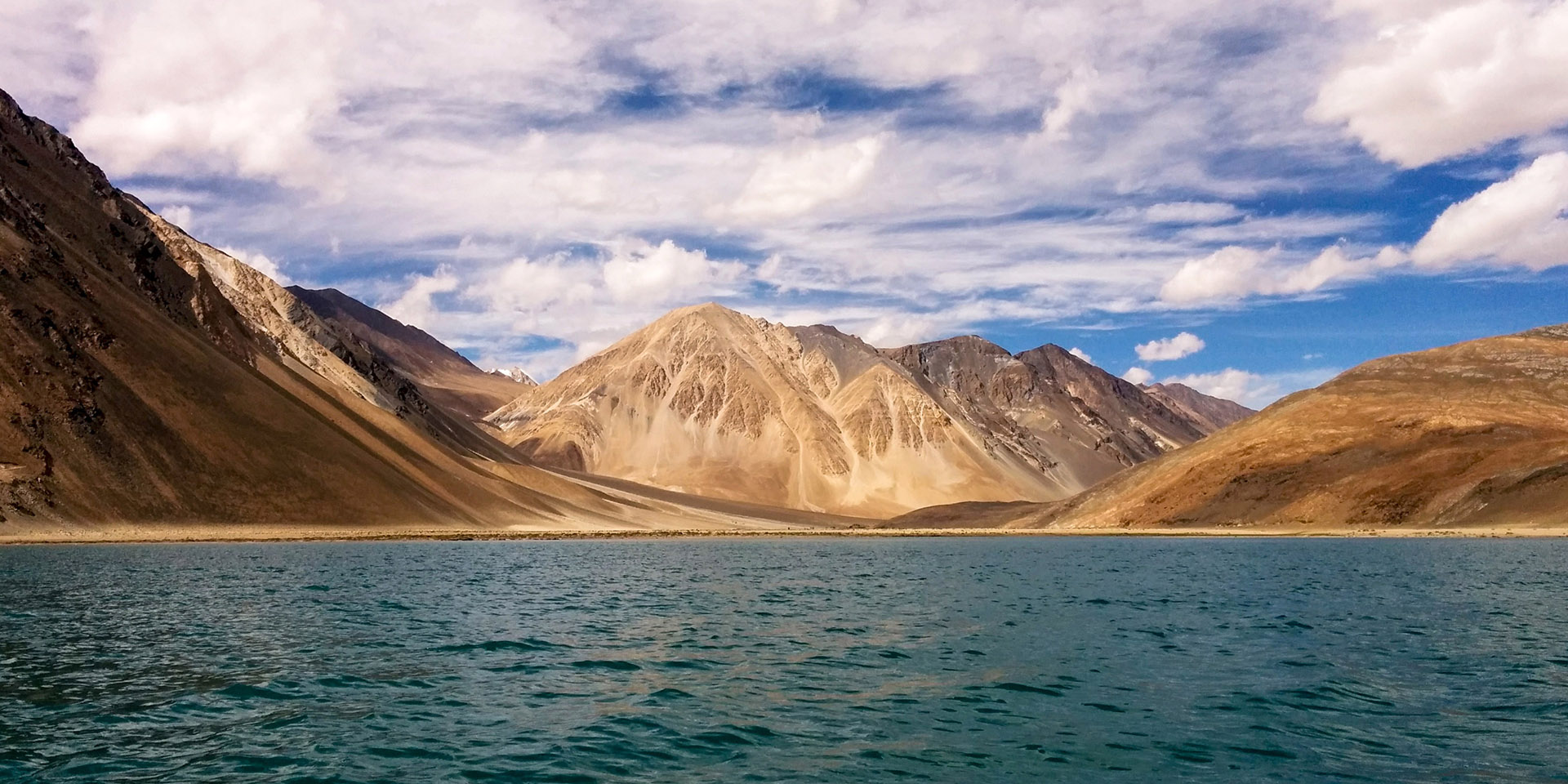 Well, it’s that time of year once again. We’re back with some of Asia’s most exciting destinations for the coming 12 months, places that are guaranteed to awaken your adventurous spirit and leave you mesmerized by the planet’s beauty, diversity and fascination.

We’ve rounded up some of the most interesting, undiscovered and jaw-dropping locations from around Asia that transcend the more commonly-known travel destinations. The 2017 list is a round up of one-of-a-kind experiences and less-trodden trails; these adventures are guaranteed to become some of your most memorable experiences of the coming year. Here are some of the world’s best-kept geographical secrets, straight from our well-traveled experts at Remote Lands.

Situated in the Russian Far East, Kamchatka is a unique landscape where fire meets ice, alive with volcanoes, geysers, hot springs and the world’s highest concentration of brown bears, which gather in droves on riverbanks during salmon spawning season, making quite an incredible site. Arriving by plane is the only practical way to reach this land of uninhabited wilderness, and exploring by helicopter is de rigeur. The Valley of the Geysers is perhaps the most well-known part of the UNESCO World Heritage site Site Volcanoes of Kamchatka, and is made up of over 20 otherworldly geysers, bubbling and spitting out water. This 1,250-mile peninsula is a worthwhile visit for brave adventurers keen on trekking and exploring a region of primal beauty.

Make a journey to the relatively remote island of Shikoku’s largest city to appreciate the beauty and intricacies of Japanese architecture, literary tradition and that for which it’s most famous – the oldest hot spring in Japan. Matsuyama is known across the country for Dōgo Onsen Honkan – a luxurious wooden bathhouse dating back to the 19th century – and visited by locals as well as tourist from around Japan. The distinctive architecture is steeped in tradition and includes the stunning castle Matsuyama-jō, perched atop Mount Katsuyama. As the centerpiece of the city, a wander up through this trove of artifacts gives you a stunning view of the streets below and the distant harbor. For an extraordinary guest experience stay at the brand new contemporary art museum-cum-luxury 7-suite Setouchi Aonagi hotel, designed by the renowned architect Tadao Ando.

Salalah’s rich heritage means this vibrant Omani city is rife with historical archaeological sites and buildings, such as the Sumhuram Old City and Taqah Castle. A tropical land adorned with palm trees, beaches and rolling desert, be prepared to soak in some extreme rays, particularly for excursions to nearby Empty Quarter. The Khareef (Indian monsoon) brings both relief from the Omani heat and an annual festival celebrated between July 15 and August 31. The Khareef festival is an extravagant mix of sporting events, traditional arts and a plethora of exhibitions that make the onset of the season all the more pleasurable. Stay at the Hilton Salalah or Al Baleed Resort Salalah by Anantara and explore the striking landscape of rolling hills and valleys around the city by 4×4 or camel back. This landscape is filled with springs, rolling hills, crystal-clear streams and breathtaking gardens.

Define your own paths and be awed by Indonesian Papua’s incredible landscapes and the warmth of its diverse cultures. Dive- and eco-resorts are set amid lush tropical forest and some of the richest biodiversity found on Earth. The Raja Ampat islands are some of the most stunning in the world, with spectacularly clear turquoise seas and lush foliage that blanket the towering mountains. Delve beneath the depths of the crystal waters to get up close and personal with the majestic whale sharks of Cenderawasih Bay Marine Park. Thanks to lively fishing activity by local fishermen, their presence is a daily occurrence all-year-round.

Take a journey along the ancient Silk Road as it twists and turns its way throughout the rich history and culture of this landlocked country. Dushanbe, its hazy capital city – encircled by an army of magnificent mountains – is a fast-growing metropolis. Visitors can be swept up by the hustle and bustle of the city’s shopping or nightlife or choose the life of blissful meandering through their wide, tree-lined avenues and botanical gardens. For those looking for more extreme nature-based adventures, Tajikistan does not disappoint. The strikingly serene Iskanderkul, a mineral-rich mountain lake of glacial origin, is a stunning example of the world’s bodies of water, as reflective and still as a mirror. Avid climbers and hikers should venture to what is referred to as The Roof of the World, as you trek through the exquisitely breathtaking slopes of the Pamir Mountains.

Take a walk on the wild side, and step into the protected jungle home of some of the rarest animals on the planet in Yala National Park. With one of the world’s most dense populations of the majestic leopard, this Sri Lankan premier ecotourism destination offers the chance to experience the untamed wild; See glorious peacocks, mighty elephants, sloth bears, sambars and crocodiles. Prepare to be stunned by the varied ecosystem that shapes the home of the rich diversity of animals. Your journey will see you traverse rainforests that lead into grasslands, and wetlands that open up to sandy beaches. Hunt for signs of a lost civilisation and have a peek into the region’s brilliant past. Sithulpawwa, an ancient Buddhist monastery with a history of over 2000 years – among many other temples – offers insight into the days of Sri Lankan kings and a thriving civilisation. Stay in the new Uga Huts by China Escapes with just 14 cabins, each with a private pool.

Prepare to be awestruck by Ladakh’s stunning mountains in this region of deep spirituality – perfect for any visitor looking for peace, tranquility and ancient culture. Tibetan Buddhist monasteries called “gompas” decorate the landscape of the region, amid vibrant colorful prayer flags that flutter in the mountain breeze making Ladakh a treat for avid photographers and trekking travelers alike. Those visiting between October and March have the best chance to catch a glimpse of the elusive snow leopard – one of the most stunning large wild cats in the world. With the aid of trackers and guides, the quest for these magnificent felines will see you embark on an adventurous expedition across the mountains of Hemis National Park and Ulley Valley. Most visitors use Leh as an entry point, though where your journey takes you after is up to you. Whether it’s Khardung La pass at 5602 m, or the Markha Valley trek that combines landscape, people and culture, no two adventures are the same. Stay at the luxurious The Ultimate Travelling Camp in both locations in Chamba and Thiksey and enjoy superb cuisine and world-class service.

This ancient tropical forest in this extremely remote corner of Malaysian Borneo is almost completely cut off from the rest of the world and very few travelers ever make it inside this valley. Those who wish to walk among the treetops are elevated up to 26m above the ground on a network of canopy walkways. Sabah’s strict conservation rules let wildlife reign supreme. Keep your eyes peeled as the forest’s extensive biodiversity means enormous opportunities to spot rare animals such as the clouded leopard, orangutan or Asian elephant. Keen naturalists will be excited by its complex ecosystem, encountering cascading waterfalls, a variety of verdant foliage and – if you choose to do a private night walk – wild nocturnal creatures.

Often referred to as “the museum without walls”, this charming city will take you back through time and captivate your imagination with its rich history. This coastal city in South Korea is one of the country’s oldest, with human settlement dating back to the prehistoric period. Once the ancient capital of the Silla dynasty, where it became a booming cosmopolitan city, today it offers exploration of Silla-era architecture and has the largest number of palace ruins, temples, pagodas and tombs in South Korea. The Bulguksa Temple, a UNESCO World Heritage Site, is a beautiful example of ancient Korean artistry and home to many important relics. A wander around Gyeongju National Park open your eyes to even more stunning architecture, museums and monuments and meticulously curated gardens. Take the bullet train down from Seoul in just a few hours, and stay in the Hilton Gyeongju or the Park Hyatt in nearby Busan.

Macao is a far more wonderfully diverse destination than commonly thought. Despite its reputation as the Las Vegas of China, the city is much more than a hub of gambling and glitz, and is one that is rich with blended cultures. Thanks to the merging of Asian and European influences in this former Portuguese colony, which traces its roots back to the 1500s, you can explore the city streets paved with Portuguese tiles, discover ancient Chinese temples and the 17th-century ruins of the Church of St Paul, and fall in love with the simple, yet perfectly balanced, delicacies of Cantonese cuisine. The vibrant Rua da Tercena – the most popular street market in Macao – set a little off the beaten track, sells art and antiques away from tourist crowds, and certainly makes for a cultural experience. Ascend the Macao Tower to see the main peninsula in all its splendor sprawled out before you; its size makes it ideal to explore on foot or by bicycle. Make a trip across to the quaint islands of Taipa or Coloane and you’ll be charmed by their quiet, antique villages, while staying at the stunning Ritz Carlton all-suite hotel.

Since easing border restrictions and opening its doors to the world in 2012, Myanmar’s phenomenal hidden gems are slowly getting some attention. One of these is Mrauk U, now more easily accessible thanks to the new and comparatively appealing two-hour boat ride from Sittwe up the Kaladan River – the alternative to the seven-hour slow ferry. Mrauk U is one of the most important archaeological sites in Rakhine state, where you can witness some of the oldest pagodas in the country. Many of these have not been touched by restoration, allowing nature to adorn the structures with moss and foliage, giving it an air of long-gone days. Experience the true delights of the landscape after climbing up Mrauk U’s steep hills at sunrise; prepare to be blown away by the stunning view, as fog dances between the pagodas and the sprawling hills and marshes between.

Taipei has all the energy one would expect from an Asian capital city – its skyline defined by skyscrapers, the night sky becomes ablaze with the city’s abundance of lights. This sprawling metropolis is the merging of the best of many worlds; a food connoisseur’s paradise, city slickers’ delight, history buff’s dream and nature fanatic’s adventure. In essence, whatever you decide to look for, Taipei’s got you covered. In one day can get your cultural fixes at the National Palace Museum or National Revolutionary Martyr’s Shrine, and embrace the outdoors through natural excursions found at the Yangmingshan National Park or Beitou Hot Spring. Marvel at Tai 101, once the tallest building in the world, as well as the panoramic views of the rest of the city from its 89th floor, and end the day sampling local treats as you explore the hive of activity that is the Shilin and Raohe Street Night Markets. Taipei also boasts some of the world’s finest hotels including the Mandarin Oriental and the W.