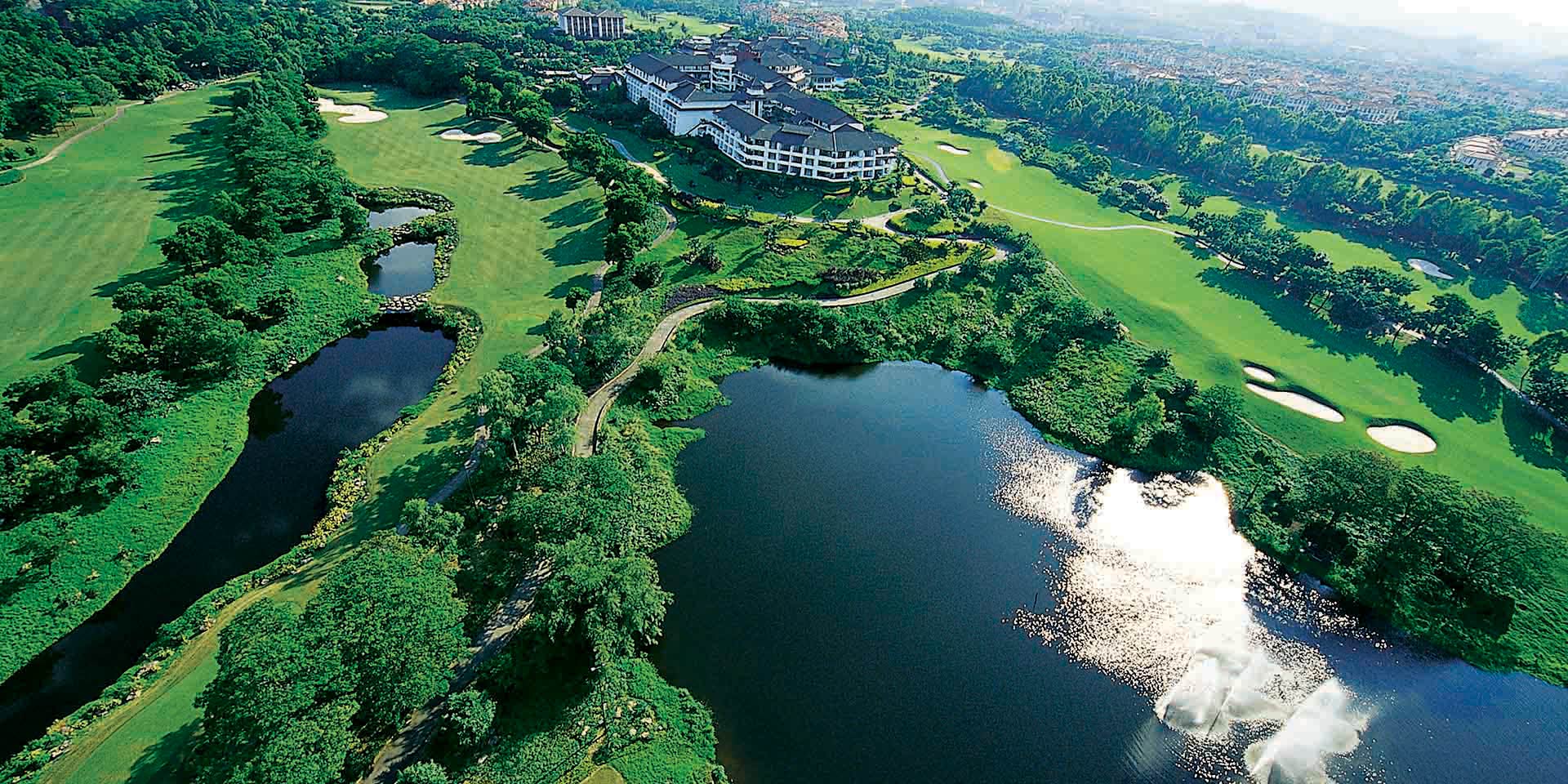 Despite efforts to curb the sport, China’s interest in golf has been booming for years, and across the border from Hong Kong China boasts the world’s largest golf club: Mission Hills, China. Mission Hills is so well equipped that you could live, work, and even raise a family there, and in theory you would never have to leave its paradise of putting greens and fairways. As inclusive golfing holidays go, Mission Hills in Shenzhen is hard to beat.

Officially the biggest golf club on the planet by Guinness World Records in 2004 – replacing the historic Pinehurst Resort in North Carolina – this golf course and luxury resort has become the unofficial center of all things golf in the country, with CEO and Chairman, Dr. Ken Chu, commonly referred to as China’s “Mr. Golf.”

The list of facilities goes on, and the sprawling estate has 700-room five-star hotel, complete with IMAX theater, exhibition halls, 200 retailers, an international school, and 1,000 apartment homes – all surrounded by extensive parkland. Combined with opening of the Mission Hills Sport & Eco Park in 2015 the kids and non-golfers will have plenty to do, with a children’s zip line, botanical garden, archery, cycling, jungle exploration, and rock climbing on offer.

However, those wanting a break from golf will find solace in the Shenzhen location – one of the five richest cities in China and one of the country’s more multicultural and internationally-minded places – you can easily find further cultural stimulation such as the China Folk Culture Village, the Safari Park in Nanshan district, and the Xianhu Botanical Gardens on your doorstep. With Hong Kong just a short, pleasant drive away, Shenzhen has much to offer.

The achievements of Mission Hills and the upsurge of Chinese golfing over the last thirty years, despite the nationwide curbs from the CCP, are not the first time the people of China have shown an interest in the simple pleasure of ball putting. Possibly as far back as 1000 C.E. and the Song Dynasty, the aristocracy enjoyed a few rounds of chuiwan, a remarkably similar sport to the modern game; chuiwan featured the same challenge of using long-handled clubs to sink balls into flagged holes. The club has hosted over 50 international matches and is regularly visited by dignitaries, royalties, celebrities, and political leaders, as well as a steady stream of the world’s greatest golfers: Annika Sorenstam, Nick Faldo, Colin Montgomerie, and Tiger Woods to name but a few. With the club’s 11 championship courses and 18-hole course each designed by a different golf legend – including Jack Nicklaus, Ernie Els, Vijay Singh, Jumbo Ozaki, Nick Faldo, Jose Maria Olazabal, and David Leadbetter – it’s not hard to see how Mission Hills became the home of Chinese golf.