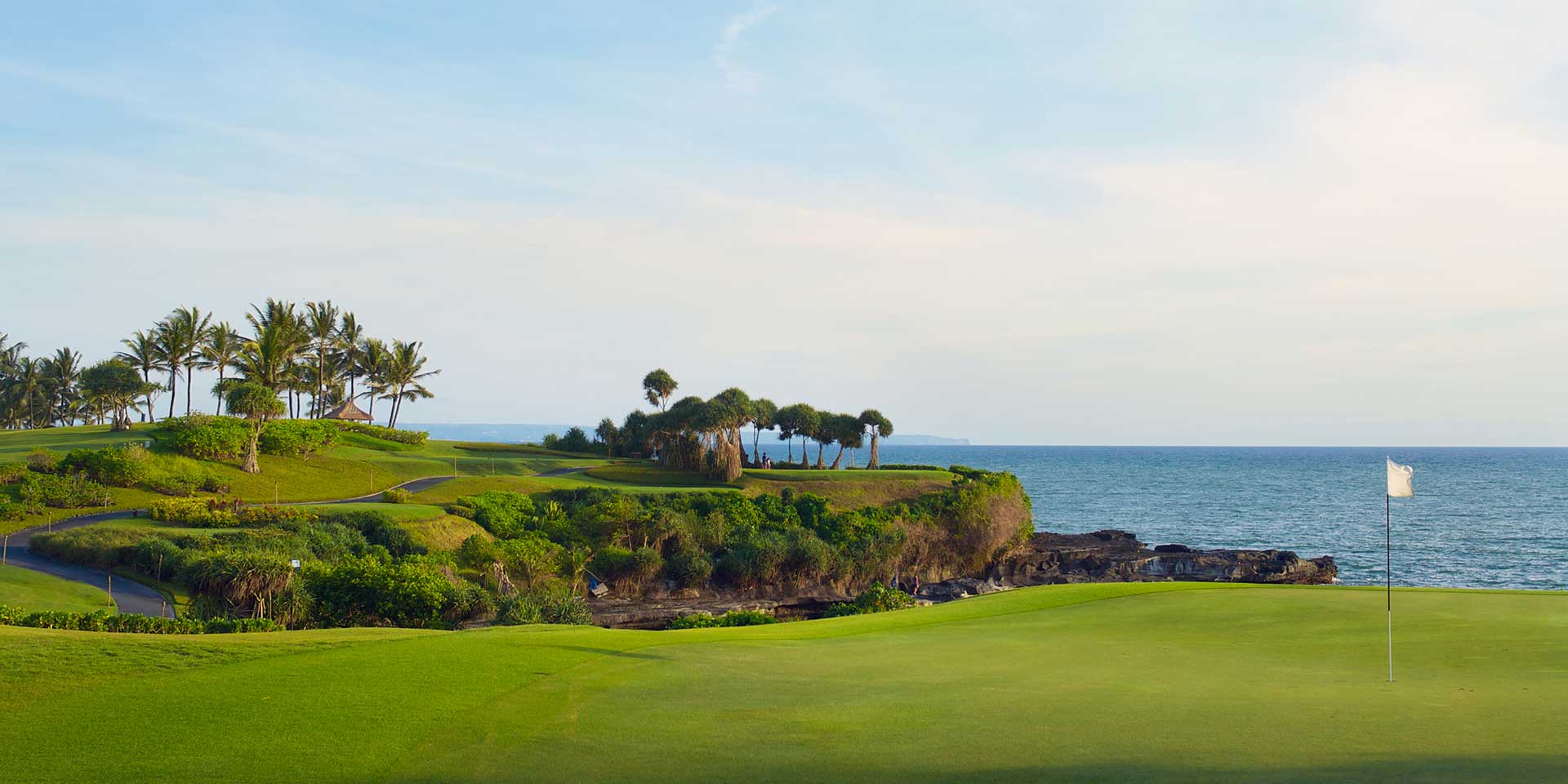 With its tropical climate, lush greenery, and spectacular coast, mountain and lake scenery, it’s hard to imagine a more perfect region for golf than Asia. Asia is now truly on the world golfing map, with several Asian courses making it onto Golf Magazine’s prestigious “100 Best Courses” ranking, and Asian golfers such as KJ Choi, Thaworn Wiratchant and Bae Sang Moon mixing it with the world’s best in the PGA rankings.

There are hundreds of fantastic golf courses to choose from in Asia, but we’ve picked five that we think are a little bit different, either for their location, history, or just plain quirkiness…

This Greg Norman-designed course on Bali’s south-west coast is quite rightly one of the most famous in Asia, primarily for its spectacular location. Three of its holes run along the top of high cliffs overlooking the Indian Ocean (the 7th hole requires players to hit across the ocean to reach the green), with the famous Tanah Lot temple serving as a backdrop. Several other holes feature Bali’s ubiquitous rice terraces as hazards.

Not only can you play golf in Bhutan, but if you do, you’ll be playing at the world’s highest golf course! The Royal Thimphu sits some 7382 feet above sea level, and whilst it may not have the lushest fairways & smoothest greens in world golf, the spectacular Himalayan scenery more than compensates – and the thin air means your balls travel further. Bhutan has seven golf courses in total, but this is the only one open to the public, and it’s also home to the annual Yak Open tournament, where winners receive yak parts as prizes.

Celebrating its centenary in 2013, the Tokyo Golf Club is one of Asia’s most exclusive, and you’ll need an invitation from a member to play there. The current course was designed in 1940 by Komyo Ohtani, who modelled it on the leafy courses of southern England, and it regularly plays host to the Japan Open amongst other noteworthy tournaments.

Vietnam boasts a rapidly growing number of superb golf courses, but the Dalat Palace is its most historic. Opened in 1930 by Emperor Bao Dai, who had become an avid golf fan on his visits to France, it’s located in the hills overlooking this former French colonial hill station and thus boasts untypically cool weather for Vietnam. Ho Chi Minh called golf a “bourgeois sport” and the Communists had the course closed down in 1975, but in 1994 it was restored to its former glory and is now Vietnam’s most famous course.

The Philippines’ finest golf club actually consists of two courses – designed by golfing legends Arnold Palmer and Gary Player. As well as being fantastic courses in their own right, accompanied by fantastic facilities, what makes the Orchard remarkable is that it is also a bird & wildlife sanctuary, blessed with lush foliage and teeming with a huge variety of bird species. It’s also conveniently located, with Manila less than 30km away.