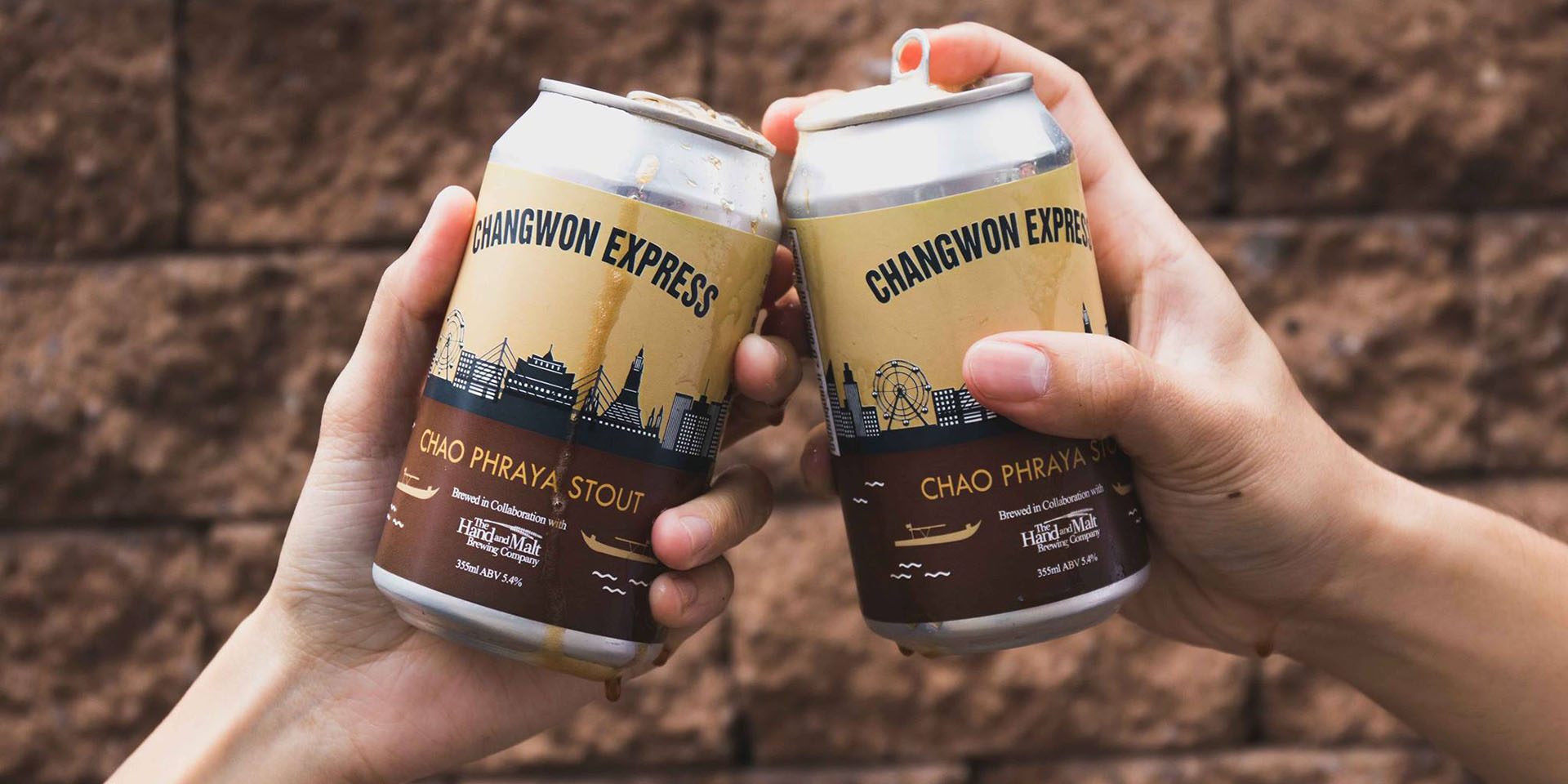 While draconian Thai alcohol laws have discouraged the proliferation domestic craft beer production, more craft beer is being consumed now than ever before in Thailand’s capital. Bangkok is a mecca for beer geeks with a penchant for scoping out neat places serving rare suds from around the globe.

In a way, the fact that local craft brews aren’t widely available serves as an interesting proposition for importers to bring in the best beer from Japan, New Zealand, USA, Australia, Hong Kong, and even China.

Since domestic beer isn’t a clear and easy choice quite yet, it allows importers to get creative. With ASEAN trade agreements up for review soon, craft beer from neighboring countries may be favored, but for now there’s a unique mix of beers you will only find in Bangkok.

ABOVE: Wishbeer has grown from a craft brew delivery service to the city’s destination for original beers.

The journey to the top isn’t an easy one. From an online startup to a brick-and-mortar shop front, quickly falling into an eight-month hiatus, Wishbeer rose back up with a vengeance to reclaim its place in the city in early 2016.

Far from a traditional bar setup, Wishbeer now is homed in an abandoned Sigma Elevators factory. You won’t find any frills here: no industrial-chic style and no Instagram-worthy calligraphy. It’s just a simple bar with solid brews, founded by Jerome Le Louer as an expansion of his online beer delivery service of the same name. Wishbeer is a hub for entrepreneurs and digital nomads, and has been since its first iteration.

Now, the clientele is growing, as the bar has begun to host beer yoga events in the style of the popular Berlin Bieryoga. The new location has meant a loss of the food trucks perpetually camped outside, but visitors can still get a wide range of international beers, with 26 taps and a fridge full of bottles.

ABOVE: An isolated setting in the residential area of the city, Mikkeller Bangkok is a quieter, classier way to savor craft ales.

A house full of world-class brews may not be the first thing that comes to mind when you’re driving through the quiet residential sois between Ekkamai and Sukhumvit – and yet, here is where you find Mikkeller Bangkok, one of the standouts in the city’s growing craft beer scene.

Drive up through the iron gates and you can see happy drinkers chatting and laughing through the huge, modern glass front of the house that has been converted into one of Mikkeller’s few standalone bars.

Theses guests are enjoying one of the biggest craft selections in the city, with 30 taps open and a bottle list that goes on for 29 pages. Mikkeller hosts regular events, such as regular barbeques, tap takeovers and can releases, many of which spill out of the house and into the bar’s lush garden. Visit the Upstairs for a quieter setting and unconventional pairings: haute cuisine prepared by renowned chef Dan Bark, who pairs his creations to match bottles of Mikkeller’s finest.

ABOVE: For those looking to try out as many beers as they can in a bottle shop setting, Bottles of Beer is a cool, low-key way to taste quality suds.

Communality, street food, and wholesale prices: just a few reasons to visit Bottles of Beer down the quiet Soi Sukhumvit 34. More a bottle shop than a bar proper, this space has a simple setup: walls lined with shelves and fridges of bottles from every corner of the world, and a long table in the center for mixing and mingling if you’ve come to drink.

The special trick is that if you drink six or more beers at Bottles, you get them at wholesale price. That means that these high quality suds generally fall under 200 baht a bottle – a great deal, if you’re in the mood to drink international and pay local in Bangkok.

The bottle shop itself is a big draw for beer geeks in the city who prefer shopping and drinking at home. Food can come from the omnipresent street vendors or the man in charge, who serves up Malaysian and Singaporean food from the back kitchen. Pull up a plate and a stool and crack open a bottle – or six. You’ll be in for a good time.

Fusion is found in this small bar right off the MRT Petchaburi station, thanks to owner Ted Ahn, a Korean ex-pat who lived, wrote and ate in New York City before landing in Bangkok. Visit Changwon Express for Ahn’s Korean food, some of which shows a hint of Mexican influence. Stay for the beer.

With nine taps open – the majority devoted to Thai beer – and a fridge full of imports, you’re sure to find something you like. Of further note is that Changwon has developed their own beers: Asoke Pale Ale and Chao Praya Stout. The beer is reasonably priced for imports at slightly above 200 baht a pint, and all beer comes with extensive backstory and friendliness in the form of Ahn and his staff.

ABOVE: With more than just a military gimmick, JUSMAG Thai is the most secure bar in Thailand.

This historically relevant haunt might not the be the first place you’d expect to find brews often championed by hipsters, but, thanks to diplomatic agreements between Uncle Sam and Thailand, this military complex has some of the most affordable craft beer in the country.

The selection includes the standard array of West Coast Craft staples: Sierra Nevada, Lost Coast, Bear Republic Brewing, and the standard US beers like Budweiser and Coors. The draw here is drinking with history – where countless American military personnel have frequented since the Vietnam War.

Plaques commemorating the service of special operations units adorn the walls, and the name of the bar, Aderholt’s Annex, refers to Harry C. Aderholt, who led a harrowing secret air evacuation of American-backed Laos forces from an advancing communist Pathet Lao army. As a bonus, imported beers are generally a bit cheaper here.