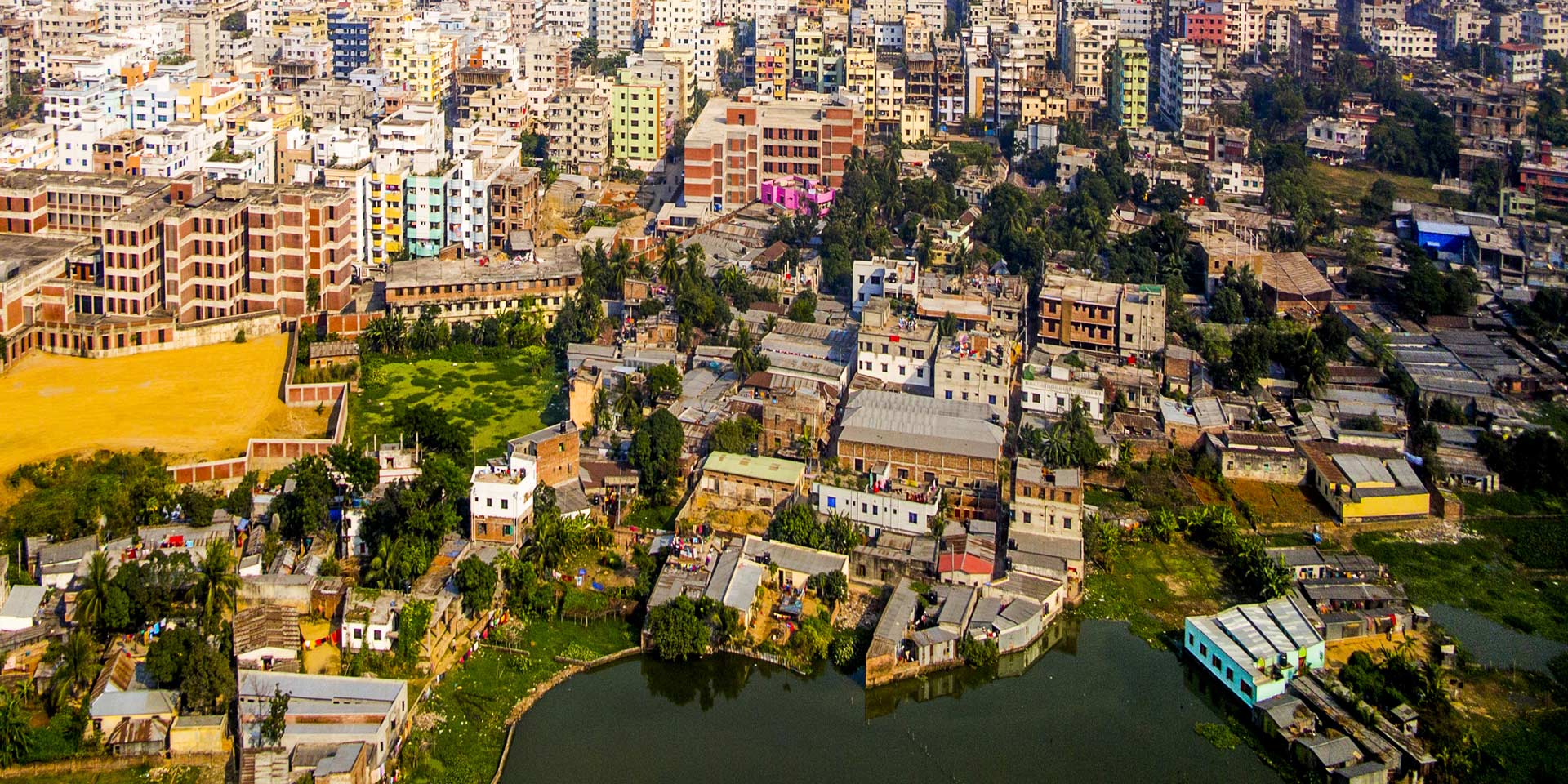 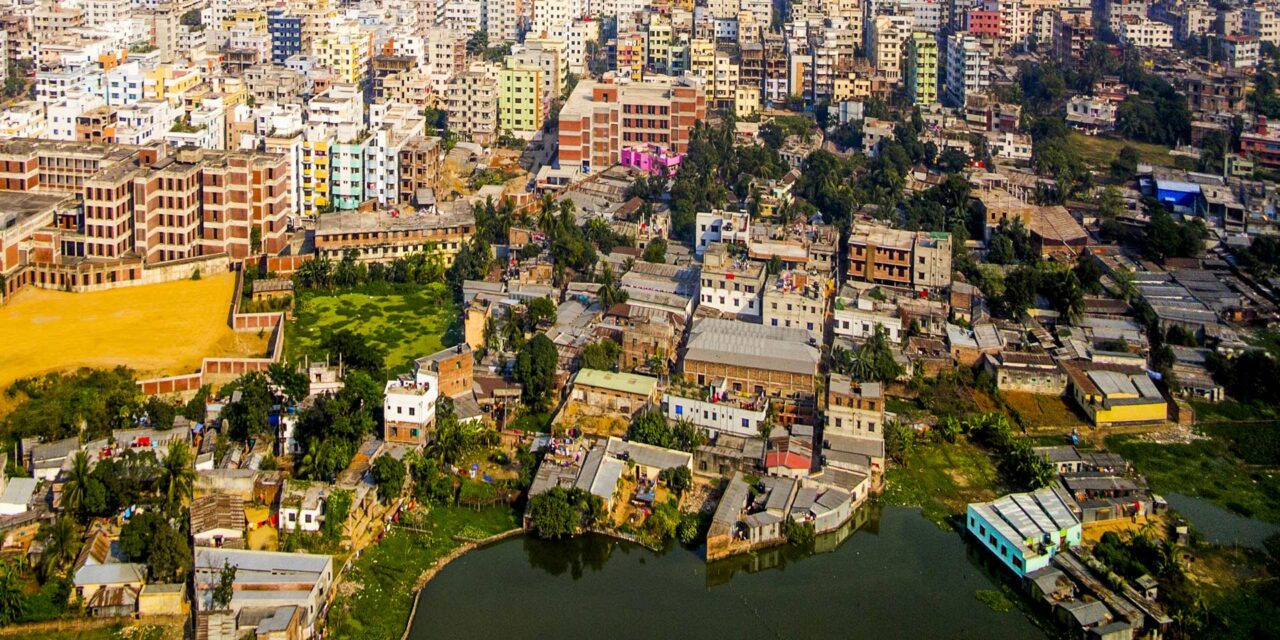 Aland with a fascinating and sometimes tragic history, Bangladesh is an undiscovered travel gem still well off the beaten tourist trail and yet home to so many cultural treasures just waiting to be uncovered. Historically passed through the hands of Muslims, Hindus and Buddhists, it was later part of Bengal under British Indian rule, until – as East Pakistan – it fought for and won its own autonomy in 1971.

Modern day, independent Bangladesh boasts a contemporary capital city with forward-thinking ideas and industry, and yet the country is still strewn with ancient architectural wonders from its rich past. Intricately-carved mosques and sprawling, crumbling Buddhist temples are among the discoveries to be made. Strike out on an adventure of Bangladeshi heritage; we have picked out some of the unmissable hotspots.

Before the British, this strategically-situated city had been ruled by Hindu, Muslim and Buddhist dynasties. Today, in the nation’s capital, the ancient collides with the modern to create a hotchpotch of architectural curiosities, its historic streets lined with iconic buildings. Take a tour of the National Parliament House, designed by famous architect, Louis Kahn: the clean, modern lines of this formidable stone edifice are combined with an aesthetic that recalls the style of the (albeit unfinished) Lalbagh Fort, built by the Mughal viceroys in 1678. Don’t miss the the stunning five-domed, star-shaped Tara Masjid. Richly decorated with motifs of blue stars and intricate mosaics, the mosque gives the illusion that it is floating if you catch it in the sunshine.

ABOVE: Buddhist Vihara at Paharpur

Head three hours’ northwest of Dhaka to discover a historic city, home to some of the most famous and mysterious Buddhist viharas (monasteries) in southern Asia. Most famous among them is the Somapura Mahavihara – a UNESCO World Heritage Site and one of the largest in the world. The stone quadrangle structure was built around a Buddhist-style stupa by the second Pala king around 850 AD, and today its stones sprawl over green lawns, intricately carved and beautifully preserved. Visit the adjacent museum to find clay stone statues of deities that once formed part of the decoration.

Further northwest, in the countryside surrounding the city of Dinajpur, lies the breathtaking 18th century Kantaji Temple, sometimes called Kantanagar. One of the most famous Hindu temples in the country, it was built by maharaja Pran Nath and is typical of the royal Mughal architecture. Admire the intricate designs of the facade, covered with plaques and panels crafted from terracotta and brick, to create frescoes telling the legendary stories of the Ramayana.

On the outskirts of Rajshahi city, on Bangladesh’s eastern border with India, are more sacred Hindu treasures. Puthia Temple City is aptly named, containing a large number of temples and palaces surrounding a verdant green lawn. Join the pilgrims and intrepid explorers who venture this way to explore terracotta masterpieces including ornate and grand Pancharatna Govinda, smaller and intricately-decorated Jagaddhatri – which is dedicated to Krishna – and beautiful Shiva, with its five spires overlooking the lake.

Deep in the south west, venture to Bagerhat to see the Shat Gombuj Masjid, or Sixty Dome Mosque; also a UNESCO World Heritage Site, it is the largest brick-built mosque in Bangladesh. Built in the mid-15th century by saint-general Khan Jahan Ali, it was used by the Muslim community around the swampy Sundarbands. Interestingly, despite its name, this vast mosque boasts 77 domes, though if you count, it does have exactly 60 pillars.

THE ROAD TO CHITTAGONG

ABOVE: The train station in Chittagong, the main port city of Bangladesh.

The ancient city of Chittagong has been inhabited for over a thousand years by Bengali Buddhists, who were uprooted by Sufi Muslim Sultanates, giving way to the Mughal Dynasty and the British colonial administration. Though war torn in more recent modern history, Chittagong and its surrounding area is home to sacred and beautiful heritage sites. On the road from Dhaka, you can visit the ashes of Buddhist leader Atish Dipankar at Kamalapur temple, and make stops at a number of ruined temples around Comilla.

In the city of Chittagong, the Nandan Kanon temple houses the sacred hair relic of Gautama Buddha and, if you are fortunate enough, you can see it when it’s displayed once a year. Islamic influences here include the Shahi Jama-e-Masjid, adorned with typically central Asian features – minarets and curved arches. The Chandanpura Mosque will likewise lure you with its onion domes and intricate, decorative panels. More modern city sites include the British colonial court building; visit this sprawling compound and enjoy the view over the city from its hilltop vantage point.