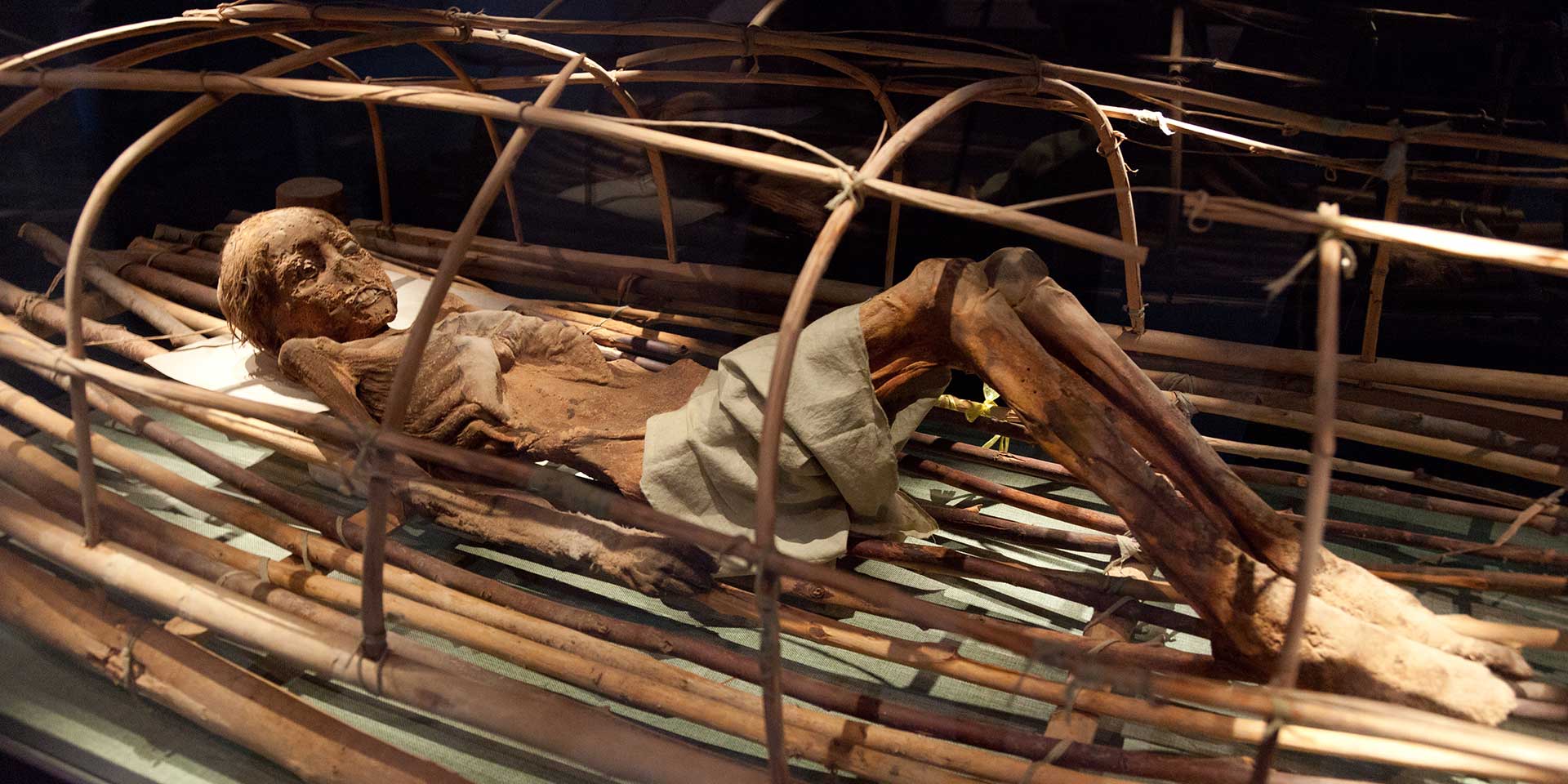 As I gazed across the ancient ruins of Jiaohe, simple stone structures eroded by harsh desert weather conditions over thousands of years, polished and rounded by wind and sand, I was taken aback by the magical scene that was unfolding before me, as the sun dipped into a soft grey line of clouds that hovered above the mountains on the horizon, casting a mystical glow across the timeworn relics. This was, without a doubt, the most incredible sunset I’d ever experienced in my  years of traveling.

Humans have been living in Turpan, in China’s Xinjiang province, for as long as 6,000 years (possibly even longer). Lying deep in the Turpan basin, this is the lowest elevated city in China, and the second-lowest place on Earth after the Dead Sea, at 500 feet below sea level. In China, Turpan goes by the nickname Huo Zhou, which means ‘a place as hot as fire.’ Indeed, this is the hottest city in China, though the average yearly temperature is only 57.2 degrees Fahrenheit (14 degree Celsius). The area is also incredibly dry, seeing only 0.6 inches of rainfall per year. These conditions make it ideal for grapes to grow. Indeed, the abundant sunshine produces grapes with high sugar content, and Turpan’s Grape Valley produces hundreds of varieties of grapes. Turpan’s strategic position at the junction of the east and west of China made it an important stop along the ancient Silk Road, and as a result, the city is home to abundant historical relics.

Turpan is one of those destinations that’s often regrettably overlooked by Western tourists. It lacks a commercial airport, and to get there, it’s necessary to drive three hours through the Gobi Desert from Urumqi (this drive provides beautiful views of the Tianshan mountains when the weather is clear). Those on a quest to discover the ancient Silk Road often make stops in Dunhuang, Urumqi, and Kashgar, all oases on the ancient trade route, but none with as much to offer as Turpan. And on a Silk Road reconnaissance trip I took last year, I was nearly one of those people. But a last minute decision to go turned out to be the best decision I made on the entire trip. And so plentiful was Turpan with fascinating historical sites and scenes of incredible beauty, that I returned once again a month later. Here are the highlights of my trips – stops that should be on every traveler’s Turpan to-do list.

Perched atop a steep cliff surrounded by two rivers in the Yarnaz Valley, 6.2 miles west of Turpan city, lies the ancient city of Jiaohe. The ancient capital of what was known as the Jushi Kingdom, before changing hands many times until it was abandoned after Genghis Khan and his Mongol warriors invaded and destroyed the city in the 13th century.

Jiaohe’s ruins, first built in 2 BC, appeared to me more like geological formations than man-made structures from a distance. However, once up-close, it was clear that these structures were inhabited by people – Buddhist people at that, as Buddhist temples could be seen quite clearly. Many of the ancient houses were two stories, one level being above ground, the other below, and it was possible to go down into the basements of some structures.

Standing at 144 feet in height, the Afghan-style Emin Minaret is the tallest minaret in China. The structure was built in the 18th century to commemorate Emin Khoja, leader of the Uyghurs who conquered the Mongols in 1750. The design that decorates the minaret, made of a dozen brick motifs including flowers and waves, is impressive. It stands near the Uyghur Mosque and the Bezeklik Thousand Buddha Caves. I witnessed yet another spectacular sunset here, amidst a clear desert sky, the sun reflecting warmly off the minaret. I was happy to be among the very few people in the area, and this absence of bodies allowed me to snap some truly inspired photos.

I’m not normally a huge museum fan, but the Turpan Museum was a major highlight of my trip, and I would consider it a can’t-miss stop on any visit to this ancient city. This is truly a world-class facility, and the place where Turpan’s role in the ancient Silk Road becomes clear, providing context to the city’s historic sites. An informative introductory map puts everything in perspective, after which the exhibits take you back about 40,000 years into the past and shows the evolution of the area to the present day.

The corpses were among the most fascinating sights in the museum – some as old as 4,500 years, relatively well-preserved by the desert’s dry conditions, rather than mummified. One tomb had a Yanghai Shaman dating back to the 3rd century BC, who bore elaborate clothing, shoes, and props to smoke marijuana. One particularly heart wrenching tomb featured two corpses, a couple, we were told, buried together. The woman was buried alive. There was a cloth over her head and visible signs of struggle – she had been trying to break free. We saw corpses of all kinds – some young, some old, some strong, some weak. It was fascinating to see what people looked like so many thousands of years ago in this ancient world.

The museum features an extraordinary collection that showcases the multitude of ethnic groups that have passed through Turpan, detailing their rich histories and cultures as they came and went throughout the passage of time. There was even a section dedicated to the rhino dinosaurs discovered in the area.

One of the most capturing things about being in Turpan, beyond its fascinating history, was the daily life going on all around us. The city has a population of 250,000 people, made up of 21 different nationalities. The vast majority – 70% – of the population is Uyghur, a Turkic ethnic group. Turpan has fields not only of grapes, but also of cotton, and many Uyghur people make a living off harvesting it.

The red sandstone cliffs of the Flaming Mountain range was another incredible sight, standing only 1,600 feet high, and stretching for 63 miles. Turpan is known for being the hottest city in China, as I mentioned, and this is the hottest place in Turpan, with the ground temperature sometimes climbing as high as 175 degrees Fahrenheit (80 degrees Celcius).

The Karez Irrigation System may not be as intriguing a stop as the others, but it is a historically notable location worth seeing. It’s possible to go down into a real Karez well, and learn about how they were constructed in ancient times. It was interesting to learn how water was brought from the neighbouring mountains to the desert, thus enabling an ancient wine culture to develop in the area as well.

The Gaochang City Ruins are 18.6 miles from Turpan. To get there, the drive through the stunning Flaming Mountains, where it’s possible to make out the striking gullies and trenches caused by the erosion of the red sandstone that gives the mountains their fire-like appearance from afar. Along the way, there are tourist stops where it’s possible to rent a camel for photos in front of the mountains. The city itself was reminiscent of Jiaohe, with the ruins spread out over a wider area, which was completely devoid of tourists. The ruins were interesting, but nowhere near as dramatic as those of Jiaohe.

I stopped by the Camel Bell Vineyard at Chateau Tuoling, unfortunately during off season, so I wasn’t able to see the vineyard. I did, however, learn that grape trees are buried under the ground in Turpan during the Winter season. I also had  the chance to do a wine tasting.

If the chance to taste wine was a surprise, so was the quality of the cuisine I was served up at Herembag, a superb Turkish restaurant in Turpan with an extensive menu including quality pizza and, my favorite, grilled lamb gyros – so good I was forced to order a second helping!

Finally, the Astana Tombs were another intriguing stop, though I found myself more interested in what they were than what could actually be seen. Most of the corpses had been removed from these tombs and relocated to the Turpan Museum. Nonetheless, we descended into the tombs under the guidance of a caretaker, and he told us stories of the people who were buried there. Unfortunately, no photos were allowed here.