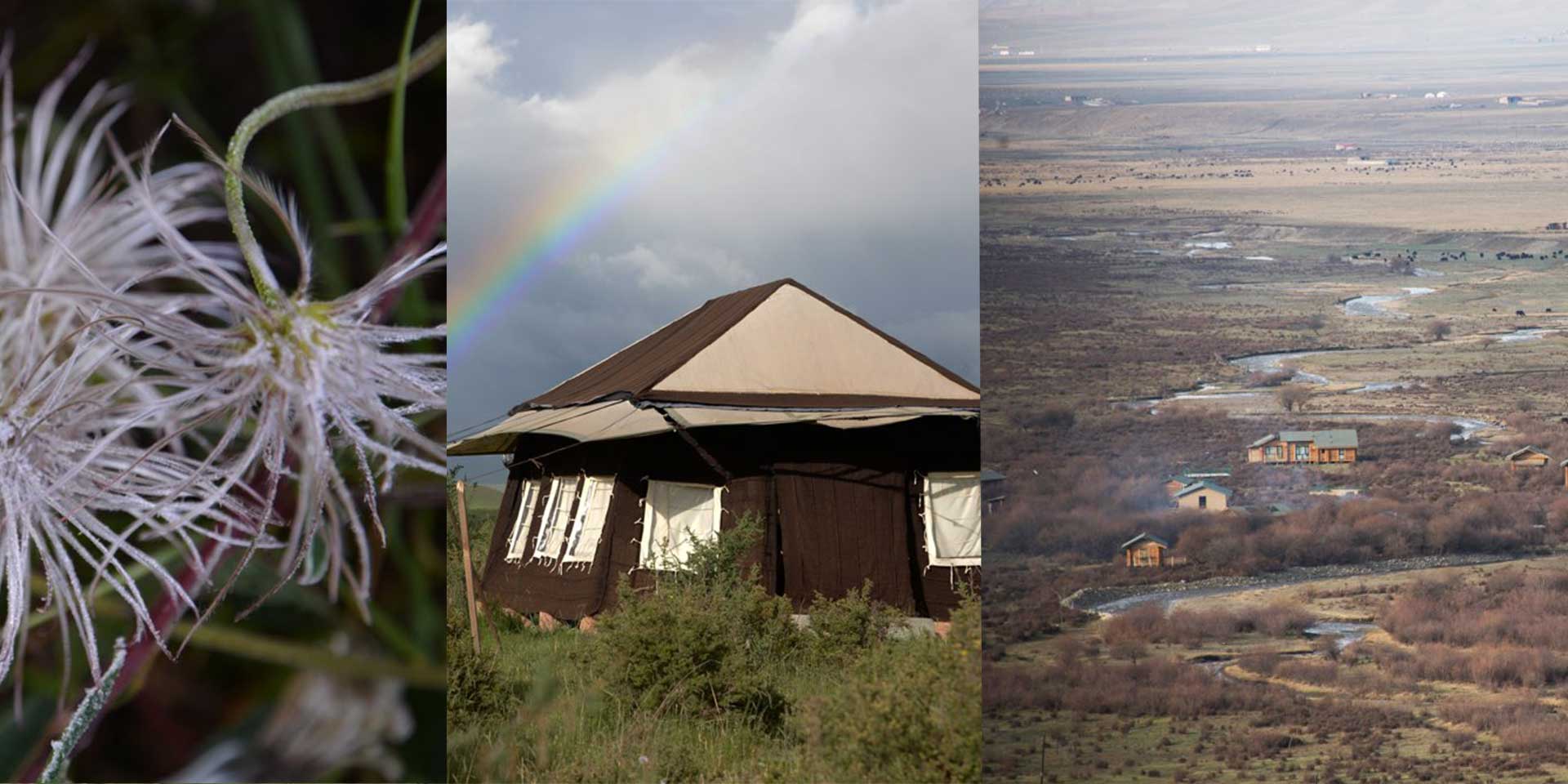 There’s something about Gansu province plains that, put simply, fits – the timbre of the wind on a rumbling sky, the expanse of greenery with the occasional firework of floral color, grassland dotted with life.

And, yes, one might shack up in a hotel and get driven from site to site like so much chattel. But as the wild horses can attest, this is a place to roam free. The Norden Camp is found in the curious Tibetan Autonomous Kanlho Prefecture known as Gannan, not to be confused with its much larger, more restive region to the west – a pleasing mix of roughing it and luxury at 3,200 meters above sea level.

Now, visitors to Norden Camp will find that they’re entering more of a hidden village that stretches from range to range, and in that valley is a range of holiday options – from spa vacations to a religious and cultural immersion.

The nearby Labran Monastery is the main spiritual focus of this eastern Tibetan haven, but there is arguably more spirituality in visiting the local nomadic cooperative or the Tibetan village. It is, however, the diversity of life and scenery that is the most evocative, scenes of pastoral yet exotic wonder. What is seen here – or rather what is felt – is a melding of Tibetan and Mongolian cultures that mixes the ways of the highlands with the plains.

It’s difficult to discuss the scenery and adventure of Norden without talking about the local wildlife. Outside of China’s jungles of Yunnan, the mainland isn’t exactly well-known for widespread human-animal interaction. But, while the bulk of the wildlife in Norden is quite tame, it is, in fact, a piece of local heritage.

Horse riding across the plains – be it for herding or for travel – has been a facet of high-altitude grassland life for millennia. The sheep, yak, and birds of the area are not exactly endemic, but they are integral to the communities of this area. A few of the more rarified sights include gazelles and foxes among the summer flowers.

All of this Tibetan and Mongolian nomadic heritage might and sense of rustic charm extends to the cuisine, which is organic, as they say, by default. Made with local, seasonal products – from the yak milk based butter and cream to the local mushrooms – the Norden food is hearty, healthy, and fills one with the energy to hit the hills on horseback.

The accommodations, however, somewhat balk at the “roughing it” ideal of the camping adventure, but it maintains the charm. The large tents so often a feature of this adventure are made of hand-spun yak hair to keep visitors warm, but each one is fitted with a charming wood stove to heat things up a little more. Those hoping against the more nomadic feel can opt for the log cabins, which feature suites and cooperative cabins.

Indeed, the Norden experience is one in which even a castle would be dwarfed by the imposing surroundings. The grasslands – especially these plains at such a high altitude – surrounded by mountains feel so empty. The busy mind fills the space.