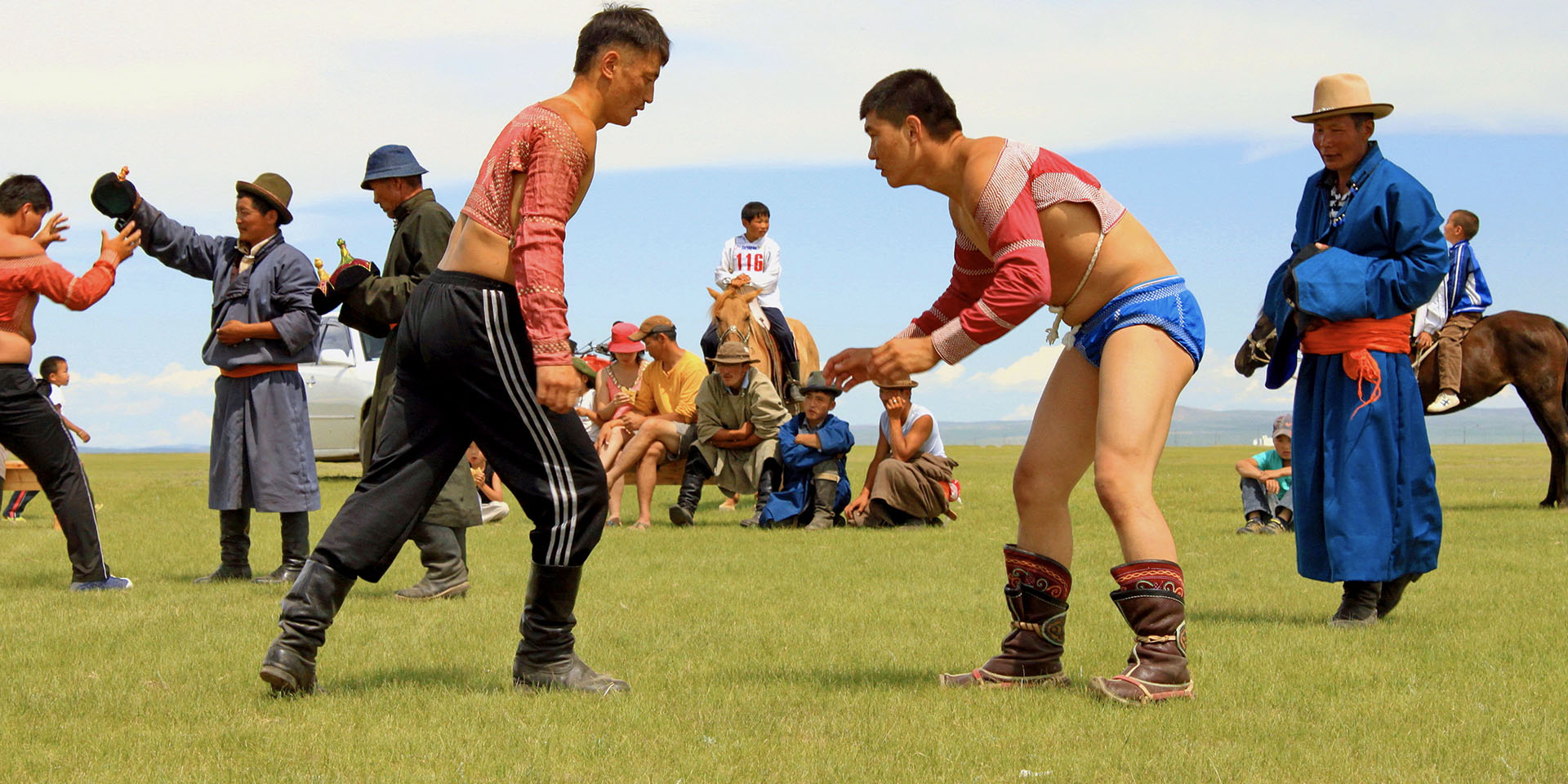 Every July throngs of tourists visit Ulaanbaatar for its famous Naadam of the Country, which is absolutely wonderful, but what most don’t realize is that each small town contains its own hidden Naadam jewel, waiting to be discovered. To truly appreciate this most famous of Mongolian traditions, I recommend that you seek out a rural Naadam as well as observe the well-known Ulaanbaatar Naadam of the Country, just as I did in my recent trip to Mongolia.

I found the Naadam in Dalanzagad to be small, charming, and much more manageable than the Naadam in Ulaanbaatar, and the lack of tourists also made it feel more authentic. It was in this intimate setting that I was able to feel more immersed in the action. I felt as though I could get up closer in Dalanzagad, but it did not compete with Ulaanbaatar’s grandeur.

Naadams (or eriin gurvan Naadam, as they are called in Mongolia) are broken down into the “three games of men:” wrestling, archery, and horse racing. Before the competitions begin, spectators are treated to pomp and circumstance by way of an elaborate parade progression and opening ceremony.

In traditional Mongolian wrestling, opponents donning a costume of tiny and pointed hats, snug shoulder vests that expose bare midriffs, colorful boots, and brief-like shorts face off in an untimed match where defeat is met when the wrestler’s body touches the ground.

The sport of archery is unique in a Naadam setting, as marksmen – and markswomen – aim at hundreds of targets, or “surs,” instead of the more customary singular point.  When a target is hit, the judge utters the word “uuhai:” “hooray” in Mongolian.

Horses are a central part of Mongolian culture and horse racing an integral part of a Naadam. Semi-wild horses run openly in this country, and children are taught to ride from a very young age. In fact, the jockeys in a Naadam horse race usually range from ages 5-13. The length of these horse races varies in distance depending on the horse’s age, but they are much longer than American horse races – up to 18 miles.