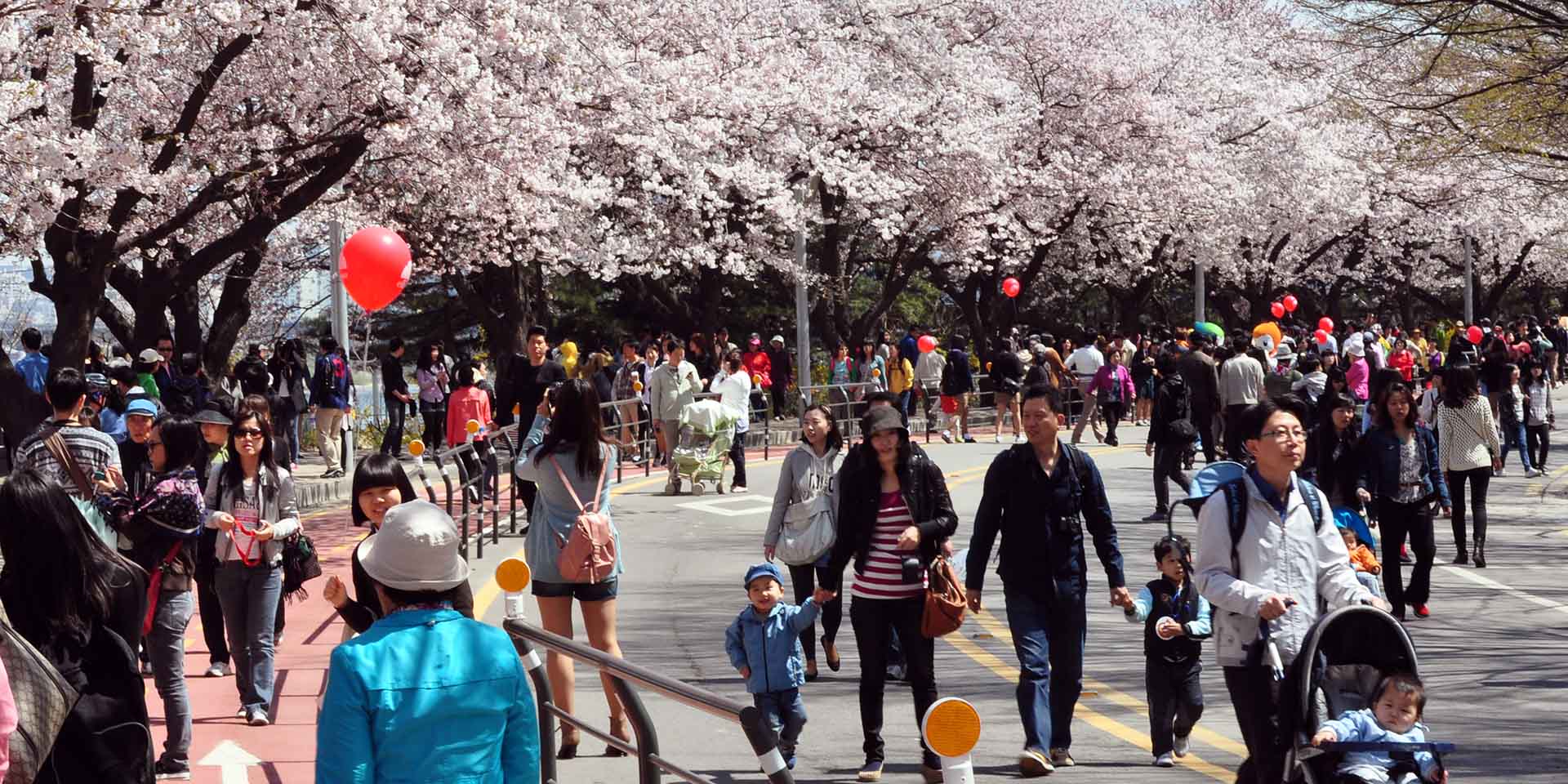 I had not been back to Seoul or South Korea since the 1988 Summer Olympics, which was Korea’s original coming out party. The games marked South Korea’s arrival on the world stage, when it became a developed, prosperous country. It was very exciting to go back and see the country almost a quarter of a century later.   Despite its reputation as a bustling, modern city, South Korea’s Seoul is also quite rich with history. This wonderful contrast between an “old,” traditional Korea and its counterpart, the “new,” vibrant Korea, was what drew me in on my recent trip through the country.

Seoul is divided by the Han River. North of the Han are most of the historical tourist sites, while south is home to upscale shopping and restaurants as well as K-pop music and nightlife. For the first leg of my Seoul trip, I stayed at the superb Banyan Tree, located in a quiet area north of the river. Here every room is massive. Imagine my joy when I learned I could soak up the Korean tradition of hot springs in the privacy of my very own indoor plunge “pool.” (Each room comes equipped with one.)

I also stayed in the upscale Ritz Carlton, a new property in hip Gangnam. The location is impeccable, near the best restaurants, nightclubs and bars. Each property was quite incredible, and I would recommend them both.

The biggest must-see in Korea is the Demilitarized Zone, or DMZ. Traveling here involved a 75-minute drive, and the traveling did not stop with the commute. Once in the DMZ, I took a monorail train 2,000 feet below the surface and walked through a half-mile, narrow passageway to investigate the Third Tunnel of Aggression, an infiltration tunnel built by North Korea designed for a surprise attack on Seoul. From there, I drove to a DMZ museum, watched a short documentary, and looked out upon DPRK from an observatory. A visit to Panmunjon, on the actual border between DPRK and South Korea, required advanced permission and an additional 2-hour drive.

After exploring the DMZ, I visited Korea’s top three palaces, which are all located near one another. Gyeongbokgung, the main temple, is the largest, but Changdeokgung is the oldest and, in my opinion, the most beautiful. But the changing of the guard ceremony at Deoksugung is quite a sight in itself and should not be missed.

Squeezed between the palace compounds is Bukchon, a historical, urban village noted for its one-storey hanok houses, each built around a bantam courtyard. It is similar to the hutongs of China, but cleaner and more upscale – perfect for an afternoon stroll. Within the palace area, I also recommend roaming through the very lively Insadong area, with its old and narrow, pedestrian-only streets and its handicrafts and galleries. While I was exploring Seoul, I also delved into Namdaeumun, an old-style market with its almost spiderweb network of slender, winding alleyways overflowing with street food and vendors hawking clothing and outdoor goods. Markets like this say Asia to me. They are what I love most about the world’s most fascinating continent.