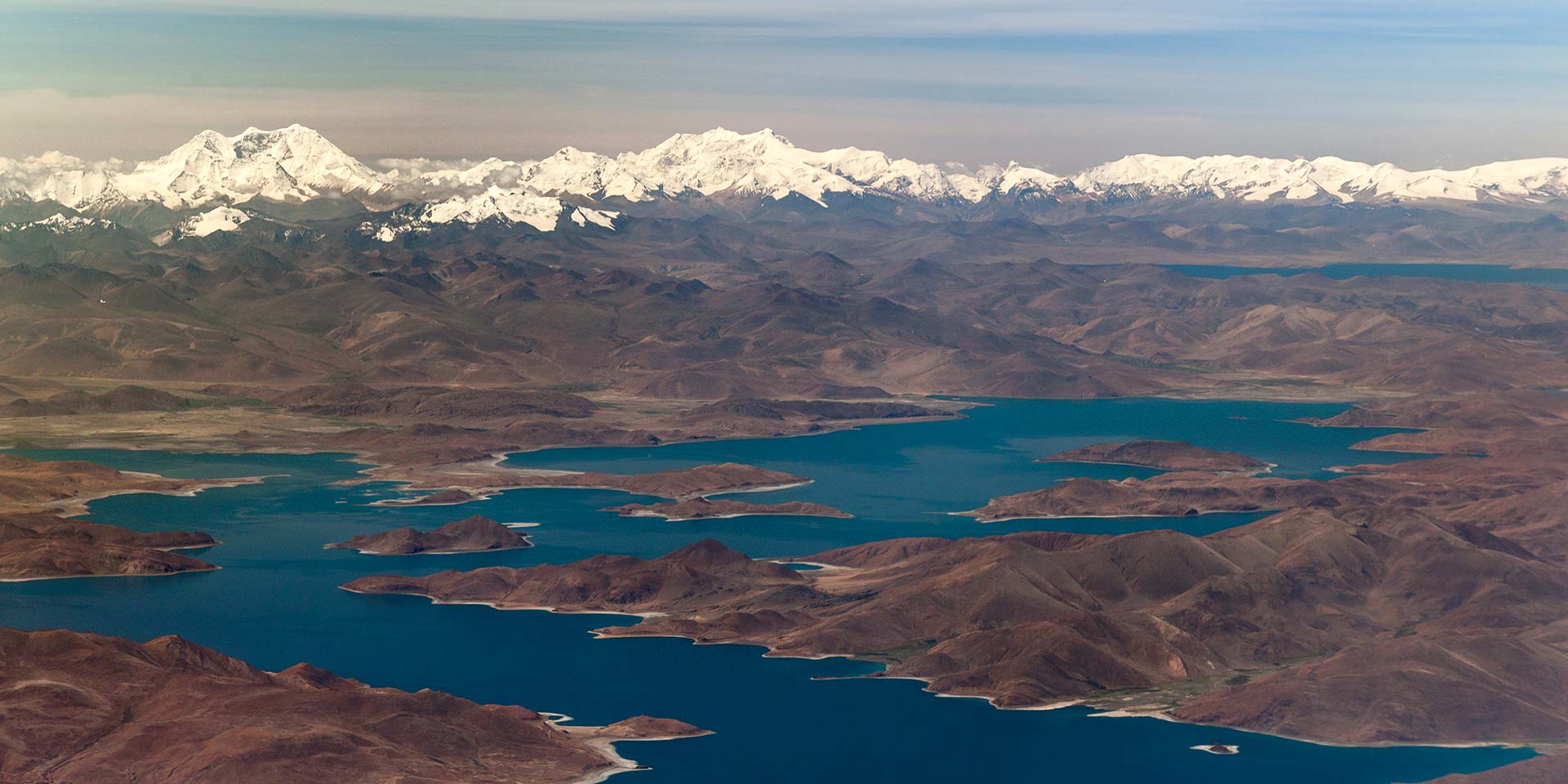 They say that travel is not about the destination, but the journey. I learned the true value of this statement on the long road from Lhasa to Gyantse in Tibet. They say that one should stop and smell the roses along said journey…well, I didn’t exactly do that, but I did ride a yak, which I think follows the same philosophy in a much smellier way. My 10-hour journey introduced me to stunning landscapes, the highest altitudes I’ve ever encountered, and fascinating facts about Tibet. It introduced me to a gentle and stunning country so picturesque that even pictures don’t do it justice, but I will do my best to transport you along with me on my journey, through prose and photos.

It was about two hours into the trip that the always beautiful Tibetan landscape began to take on an increasingly thrilling characteristic: the roads became more erratic, twisting in and around the mountains, which seemed to grow into the sky like giants towering over the roads. We were on our way.

This incredible journey takes voyagers through three passes, all at elevations of around 5,000 meters.  Higher and higher we went, the altitude thinning the air. I was thankful to have acclimatized earlier in the week. It was then that I began to notice yaks plodding along near the road and grazing on the mountainsides. Looking like a cross between a cow, a camel, and a sheep, these exotic creatures began to become a common feature – almost a part of the landscape. I was amazed by how adept they were at running up and down very steep inclines and I could hardly imagine cows keeping up with them.

We came upon a particularly breathtaking viewpoint, and it was here that I noticed I wasn’t alone on my journey. I found myself in and amongst a crowd of mostly Chinese tourists who were journeying along the same route. Not many foreign faces could be seen: along the entire journey, I only noticed a couple. Taking the same road and stopping at the same attractions, it almost felt as if we were a part of a caravan.

Three hours into the drive, we came upon the incredible Yamdrok Lake. This pristine, freshwater lake is sacred, and one of Tibet’s largest. Surrounded by snow-capped mountains, there is something mystical about the lake, a fact that is only added to by Tibetan mythology. According to local legend, the lake was once a goddess, who transformed into a sapphire sea. At its deepest point, the lake is 60 km in depth, and in the middle of the lake are 10 small islands that provide a home and nesting ground for local ducks.

Local Tibetans posed for photos with the various Chinese tourists who surrounded me, and I took the opportunity to join them, even taking a ride on the back of a yak. The experience of sitting on the back of this hairy beast was altogether unimpressive, but at least I can say I’ve done it. I don’t suppose many people in the world have ridden a yak.

I was fascinated to learn that, contrary to what I had assumed, Tibetans don’t eat fish. They consider them unclean, mainly because infants who pass away are usually given water burials in the lakes. Indeed, in some areas, the Tibetans regard the fish as the incarnation of God in the water. Thus, the lakes are teeming with impressively-sized fish that can be clearly seen from the shores.

We continued our journey, passing local sheep herders and their flocks, and small Tibetan villages sprinkled along the lake. Stopping in one of these villages, we dined on a lunch featuring yak meat (which happened to be a feature in every one of my meals in the country). After lunch, it was back into the car. I continued to marvel at the snowcapped mountains that seemed to be slowly creeping towards me, getting bigger and bigger.

We approached a sharp corner, and once around it, the dramatic scenery hit its climax: all of a sudden, in front of my eyes, was the spine-tingling view of Mt. Nojin Kangsang Glacier. I emerged from the car, my feet shaky not only with awe inspired by this, one of Tibet’s holy mountains and the pinnacle of the Lhagoi Kangri mountain range, but also from the fact that I was now standing at an elevation of 16,500 feet, or 5,000 meters, the highest point I’ve reached in my life so far. Young Tibetan girls were clamoring to have their photos taken for a price, so I obliged. Such beautiful people and culture amidst such stunning panoramas – how could one say no?

The view of the glacier continued to captivate me as we drove away, until my attention was captured anew by a clan of yaks grazing in open fields. I noticed that the yaks were very easily spooked – Tibet is one of the only places in the world where yaks are wild and thus not used to human interaction.

Our journey to Gyangtse took several hours more. Interestingly, we could have arrived sooner, if it weren’t for a strange Tibetan traffic law. Whereas in most countries, police sit on the roadside with radar guns to catch speeding drivers, in Tibet, there is a different approach. Some stretches of road, including the one I was on, start with a check-point. At the end of the road exists another checkpoint, and if you arrive there before a certain amount of time, you’ll be gifted with the souvenir of a hefty fine. Unfortunately, the effect this has had on traffic has not been to slow it down, but rather to cause cars to cruise along at whatever speed they like, only to pull over to the side of the road until their time is up and they can finally cross the checkpoint without facing a fine.

Finally, the journey came to its culmination in Gyantse. I was impressed by Gyantse’s charm, a trait that has been lost in many other Tibetan cities, which have become ugly and have lost their traditional way of life to an extent. Here, I found the lack of tourists to be a breath of fresh air. Actually, Gyantse is not technically a city, but a town, with a population of only about 8,000 people. One of its most notable landmarks is Gyantse Dzong, also known as Gyantse Fortress. Unfortunately, it’s not possible for tourists or locals to go inside, but the view from below was beautiful. The large structure sits atop a hill and looms over the entire town of Gyantse. The fortress has a colourful history that started with its construction approximately 1,100 years ago. The tales its walls must hold…

Next we headed to Palcho Monastery, the town’s main monastery. This structure is notable for its kumbum, a multi-storied aggregate of Buddhist chapels native to Tibet. Palcho Monastery is said to have the most impressive kumbum in the country.

It was then time to leave this pleasant little Tibetan town. We got back in the car and headed for Tibet’s second-largest city, Shigatse. I reflected on the day’s long journey and smiled. Such picturesque landscapes, exotic creatures, colourful, smiling people. Tibet is truly a country through which a journey becomes a story.