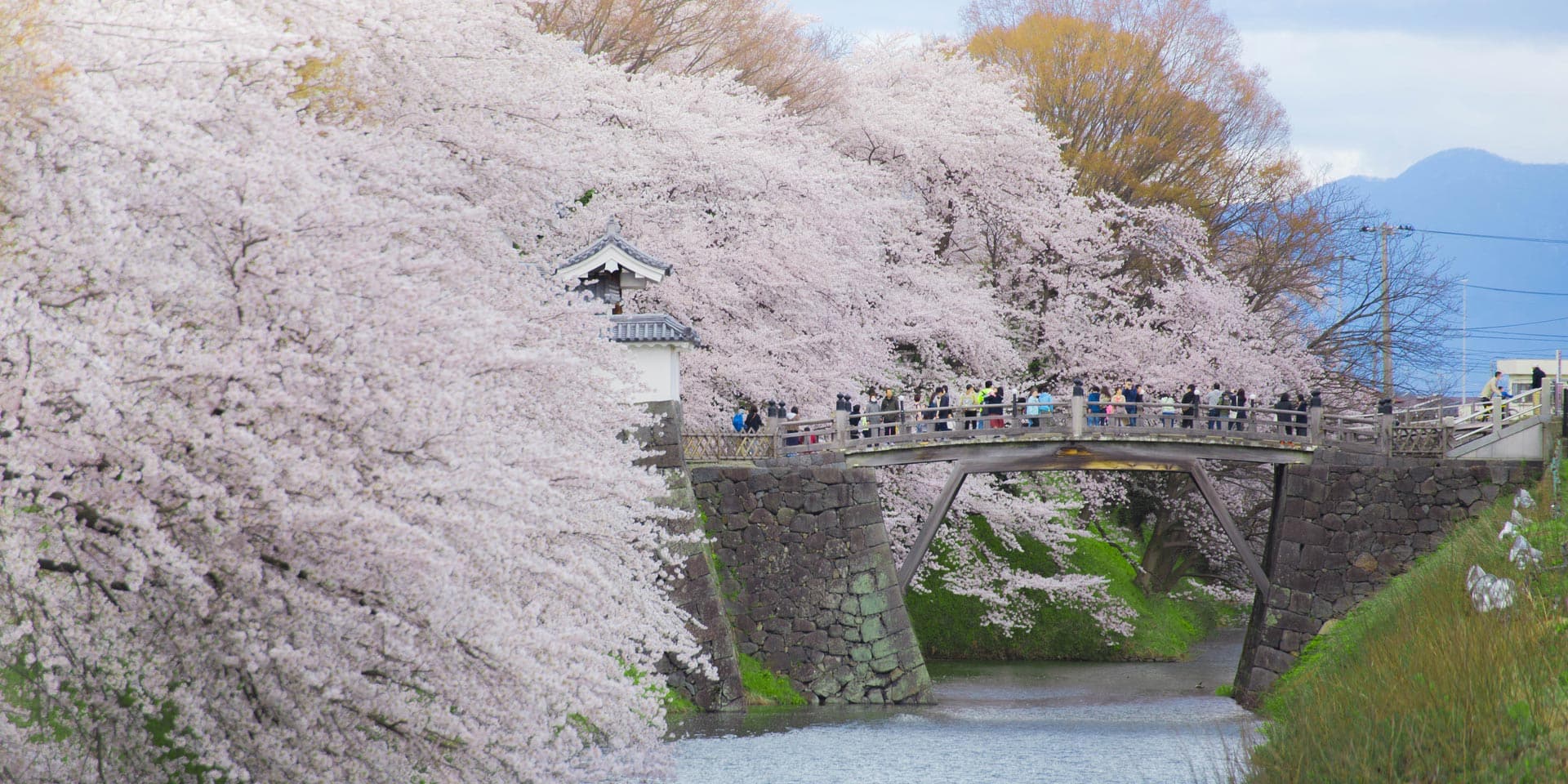 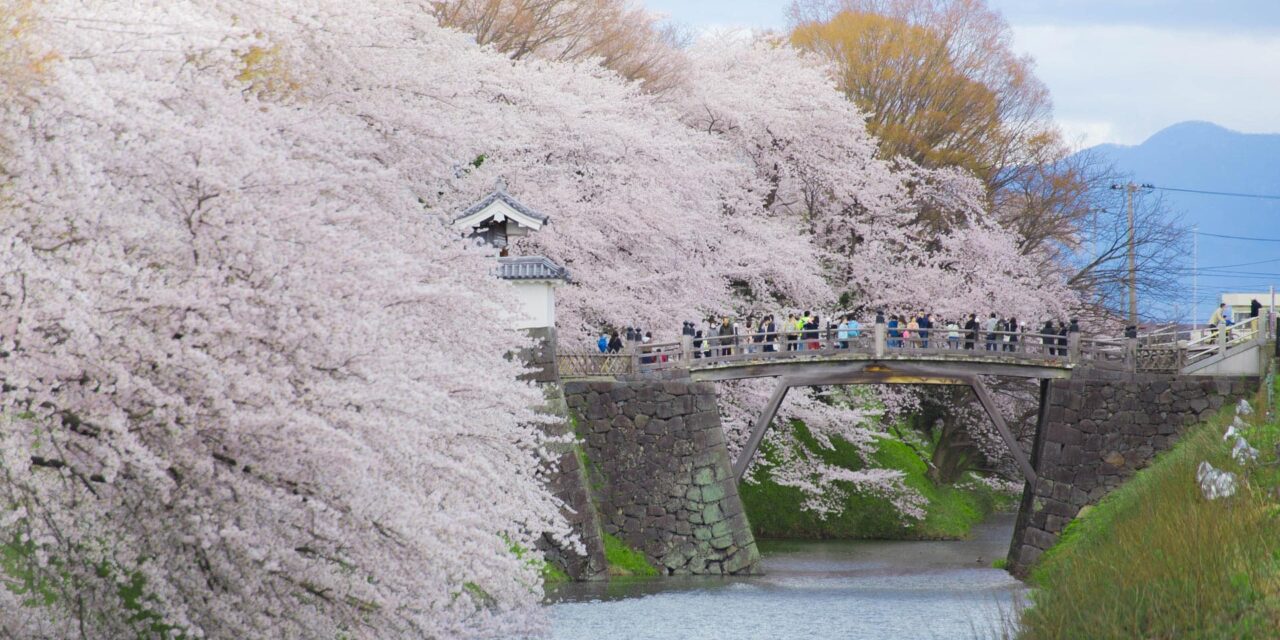 The famed cherry blossom season of Japan ended in May, and there were a whole lot of angry travelers who didn’t book early enough to get the best spots. Well, if you’re reading this, you’ve been warned: in about six months, Japan turns pink. However, rather than hitting up the usual hangouts for cherry blossoms in the Land of the Rising Sun, it might be time to consider a place already known for its seasonal beauty: Tohoku. Within this dynamic region lies Yamagata, a land of mountains, rivers, ocean, and, of course, cherry blossoms. Yamagata is where travelers go for history, cuisine, and that certain Japanese charm; it’s a lesser-known destination for its cherry blossoms, but there is plenty to see.

Tsuruoka Park is the former site of a castle that has long since been torn down. That said, elements like the outer moat remain, and come cherry blossom season 730 trees bloom.

Guests can walk between lines of trees or watch the branches that dip out over the water. As the petals begin to fall, they float atop the water producing an opaque layer of vacillating pink. Nearly 100 stores with small souvenirs and snacks line the outside of the park, and it can also be visited at night when 150 lights illuminate the pink cherry blossoms.

A castle first graced the grounds of the Kajo Castle Park in 1357 CE. But it was torn down, rebuilt in 1592, and then torn down again. Some of the structures do remain, however, such as a gate, moat, and a bridge. In 1906, a number of cherry blossom trees were planted around the grounds to commemorate the Russo-Japanese War, and today all 1,500 of them come into bloom once a year, complementing the main gate and outer citadel.

ABOVE: Blossoms in Kajo Castle Park.

The moat also serves as a cache for falling blossoms, taking on a shade of magenta. A festival is held when the blossoms are in season, which includes an outdoor tea ceremony and a koto music performance. Come nightfall, the trees are lit up until 22:00.

ABOVE: Sakura lining the canal of Matsugasaki Park.

The Iide Mountains span the Fukushima, Niigata, and Yamagata prefectures and have a number of notable views and epic hiking paths. Arguably one of the most striking scenes offered by the mountain range occurs during the cherry blossom season at Taruguchi Pass in May.

The location is somewhat difficult to reach, as road access is spotty this time of year, but with snow still at its roots, this solitary cherry tree blossoms to complement the dramatic horizon of snow-capped mountains with a dash of pink. Taruguchi Pass itself is a part of the old Echigo Road, which was once a major thoroughfare before its commercial purposes were largely undermined by the completion of a railway line in the late 19th Century.

This has since translated into a peaceful local road that is great for cyclists during the summer months, but when cherry blossom season comes around, the Lone Cherry Tree is often best reached in shoes braced for snow.