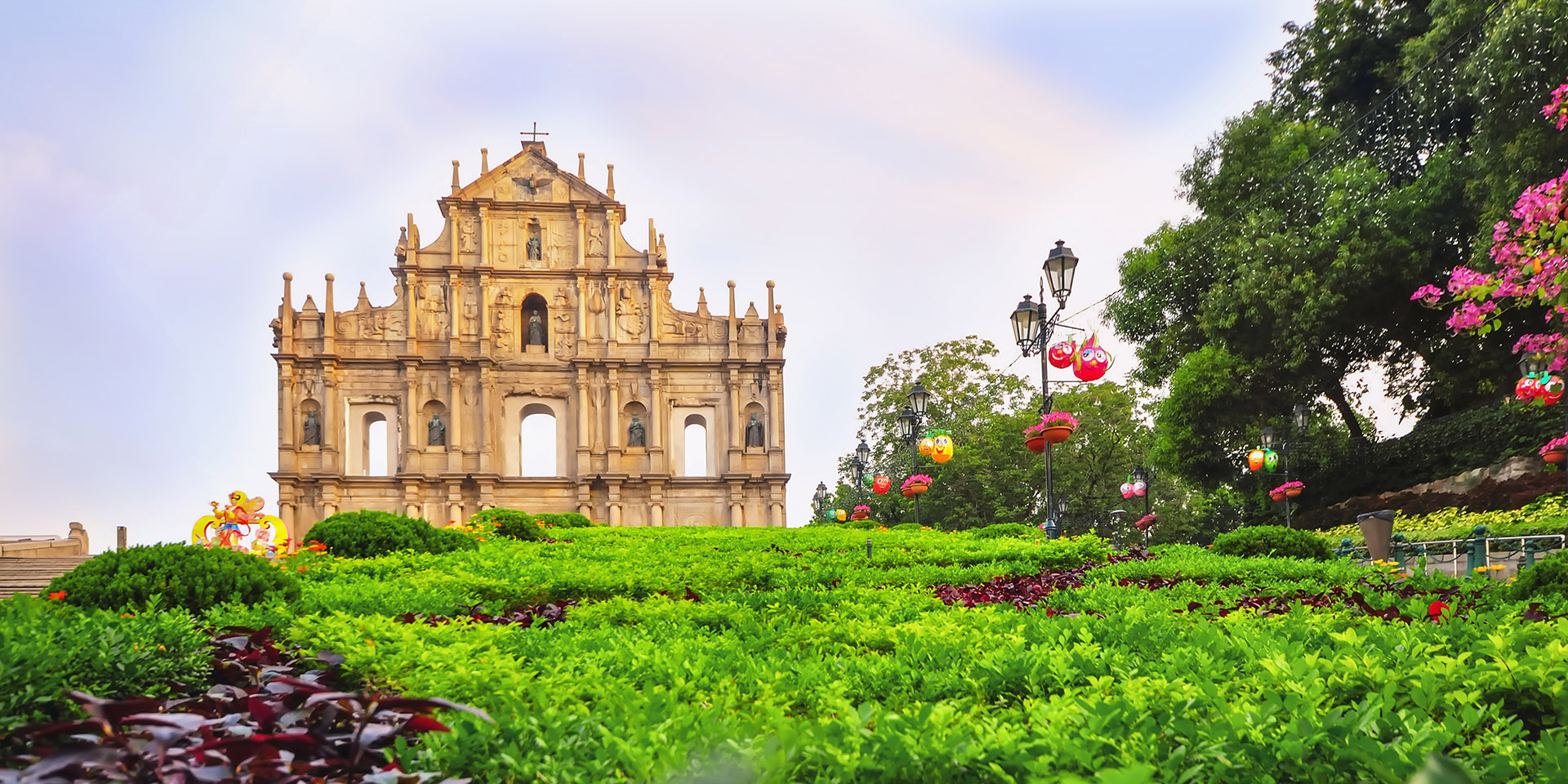 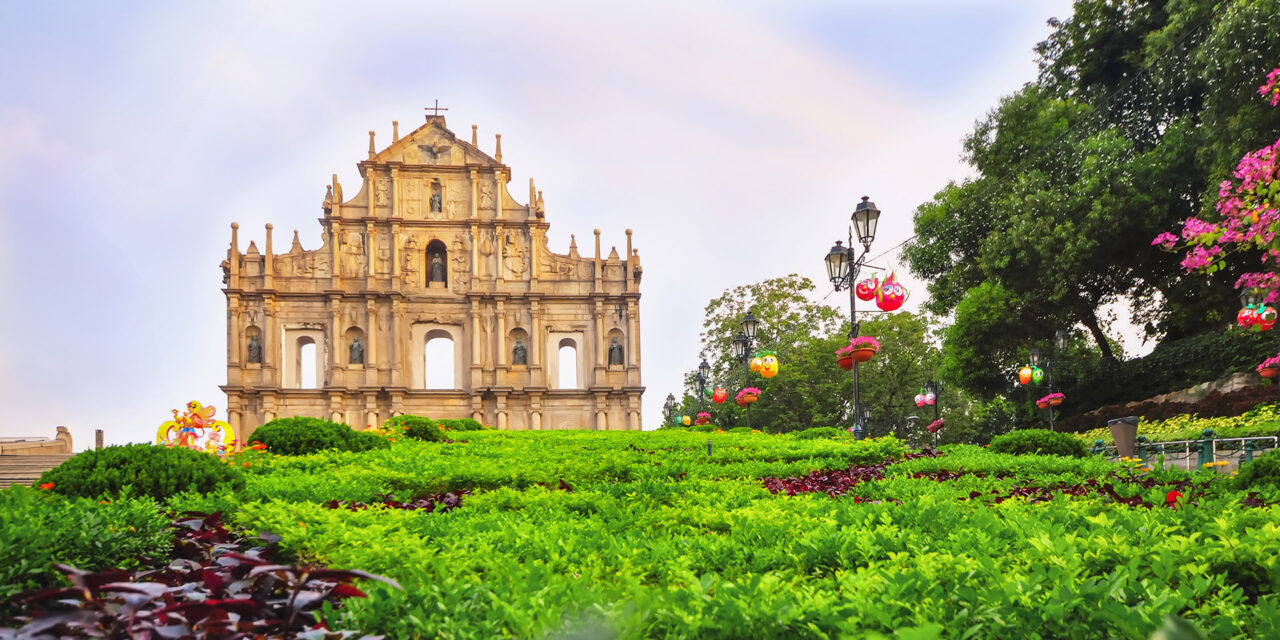 When most people think of Macao, known to some as the Las Vegas of the East, they think of streets teeming with casinos and world class hotels. However, many overlook the Portuguese heritage, a relic from the colonial days that left quite a lot of history and architecture to admire. One of the most prominent contributions to the city from the Portuguese was the introduction of the Catholic faith, and, consequently, churches. For the photographer and the traveler alike, these monuments to the past add a little color to this Asian metropolis.

Church of Our Lady of Penha

Set on top of Penha Hill, the comparatively simple brick and stone Church of Our Lady Of Penha offers a great panorama of the Macau Tower and Taipa area. The church was popular for sailors praying for a good voyage back in the 17th century; it was allegedly built by survivors of a shipwreck nearby in 1622. Afterward, the church was gifted to the Augustinians, but the current one-tower church we see was only built in 1935.

The Augustinians were exiled from the colony as a result of the Liberal Revolution of 1820 in Portugal. The church was then rebuilt in the late 19th century. Nowadays, it’s a popular sunset spot, though you can also visit the church from 9:30 am to 4 pm.

ABOVE: Modern ruins of St. Paul in Macao.

Before the iconic Ruins of St. Paul came to be the way it is, it was the Church of St. Paul and St. Paul’s College. When Macao was first colonized by the Portuguese in the 15th century, it attracted numerous Catholic groups here to spread the faith. One such group was the Jesuits, who founded the church and college in the late 16th century with the help of Japanese Christian artists. As such, it was built with a mix of Eastern and Western influence. Also known as Mater Dei, it was the first Western university and one of the largest churches in Asia at the time.

The current ruins we see is the towering southern facade of the church, standing at 26 meters high atop 68 steps of stairs. Made out of granite, they survived as the wooden walls of the church burned in a thunderstorm in 1835. It was restored in 1995, accompanied by the excavation of the Jesuit tomb under the church. In 2005, it was declared as a UNESCO World Heritage site along with the historic center of Macao.

ABOVE: The church was restored in 1997 and it was expanded to house the Treasure of Sacred Art Museum.

Built in the late 16th century, this yellow baroque church is a slice of Europe fronted by the signature mosaic Senado Square in the heart of Macao. A Roman Catholic church, it was founded by three Dominican priests from Mexico, dedicated to Our Lady of Rosary. Consisting of three halls, the current church was rebuilt in the 18th century in stone. At three levels high with a triangle arch converging in the middle, the facade is decorated with white motif patterns. There are also Chinese influences in the church, most notably the teak door.

St. Dominic’s Church witnessed many historic, often violent, events in the aftermath of political changes in Europe. In 1644, a Spanish officer was killed despite seeking refuge in the church due to the Iberian Union dissolution. In 1707, three friars held siege inside for three days over a disagreement on the Chinese Rites Controversy. In 1834, it was briefly shut down as the government took hold of the church.

The church was restored in 1997 and it was expanded to house the Treasure of Sacred Art Museum. Located on the third floor, a collection of over three hundred precious religious artifacts gathered from the 1834 incident is on display.

ABOVE: The fortress was built long before the Guia Chapel.

A part of the Guia Fortress, it’s easy to think that the Guia Chapel was built at the same time as the fortress and the lighthouse, but that’s not the case. The fortress came first, its foundation laid by the Netherlanders who tried to take Macao from Portugal. Established by a Clarist nun, the Guia Chapel was dedicated to Our Lady of Guia and built in the 17th century. The lighthouse came last, built in the 19th century and the first of its kind in the region.

It’s best to visit the chapel between 10 am to 6 pm so you can see the fresco inside. Discovered in 1998 during a check up, the painting reflects a mix of Chinese and European influence. The Chinese elements can been seen in the curls in the clouds, as well as various mythological creatures.

Our Lady of Carmel Church

ABOVE: Illuminated Our Lady of Carmel Church.

The only Roman Catholic Parish Church in Taipa, Our Lady of Carmel Church is the youngest church on the list. The church came from a request to the bishop by the garrison commander in 1875. The idea was to have a church in Taipa that could serve the barracks and local Catholics. Our Lady of Carmel Church was built a few years later on the outskirts of the old Taipa village atop a hill. A neoclassical cousin of St. Dominic Church, it is fronted by a little square complete with benches and pavilion for the locals. Located directly opposite the Registry Office, the church is an ideal wedding photo spot.