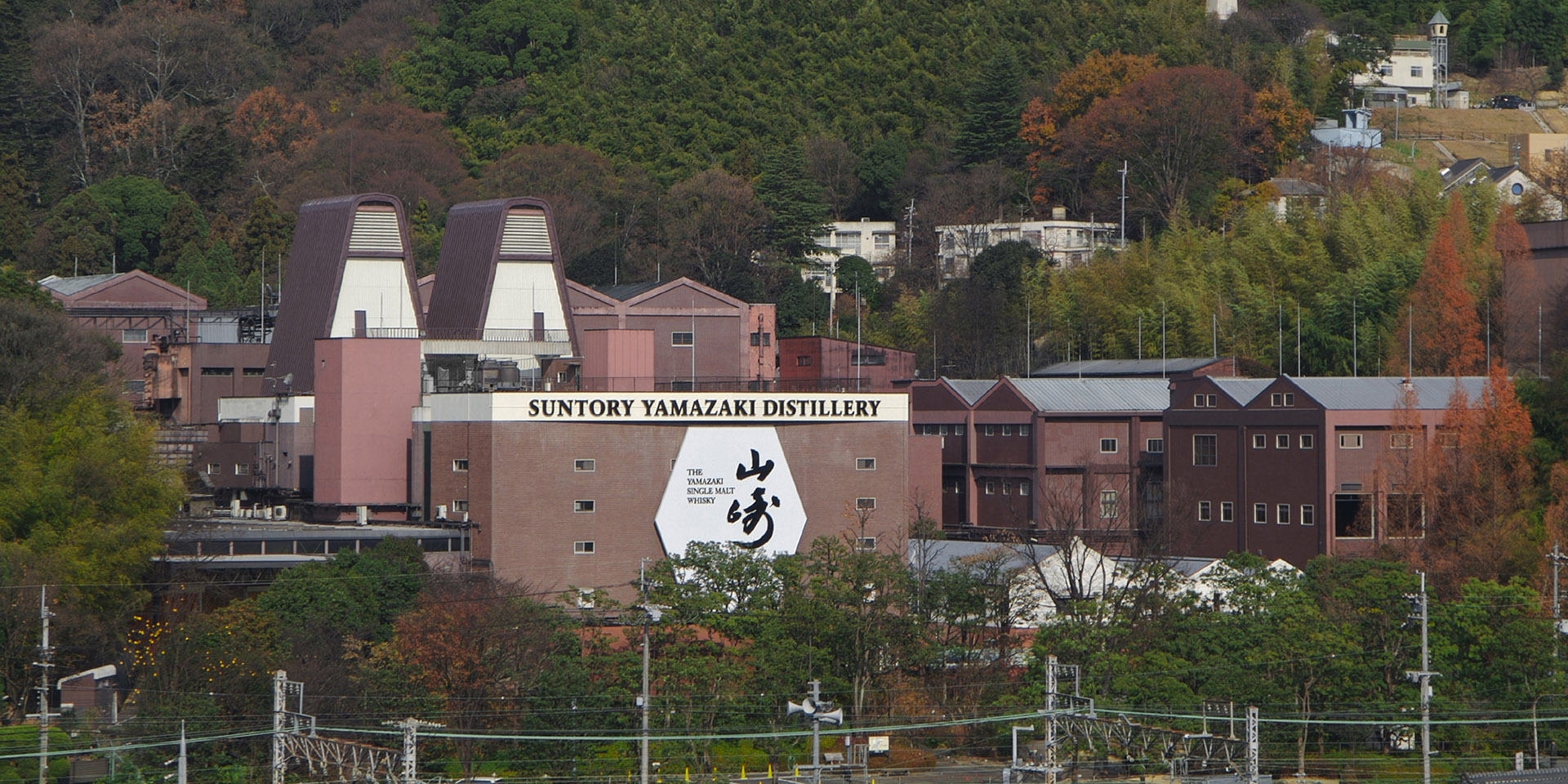 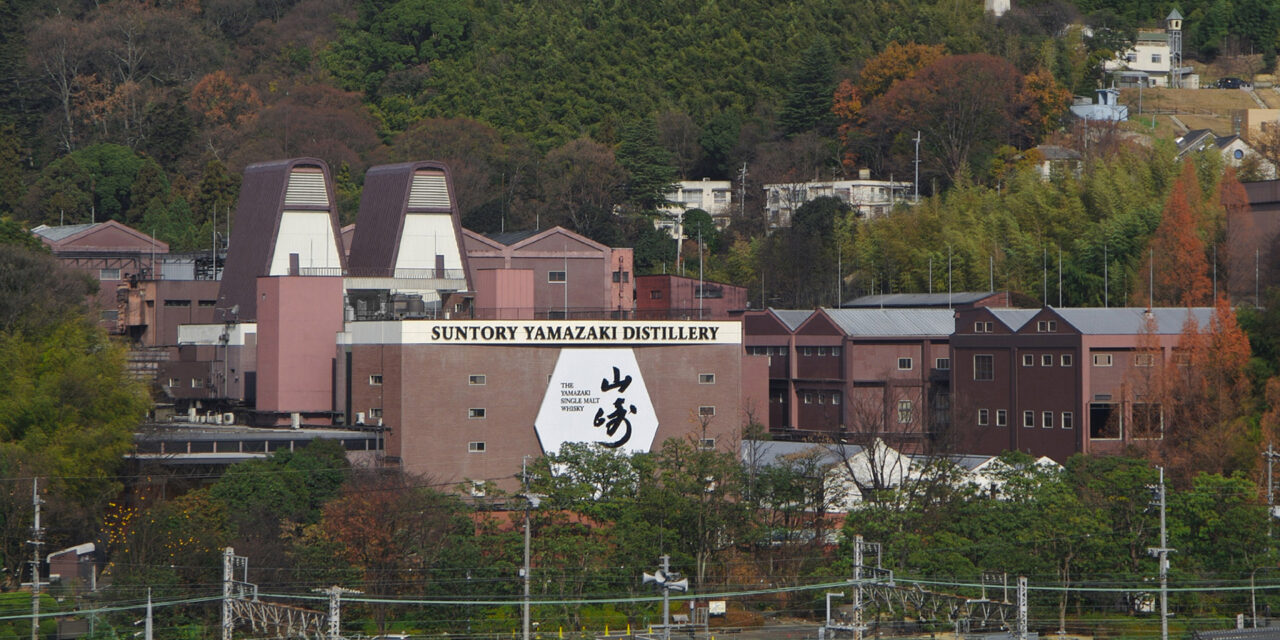 Much of the world’s Asian whisky reminds one of bilge water in a kilt. Japanese whisky’s rising pedigree, however, has bred some of the finest single malts and blended spirits in the world.

Adding to this impressive imbibery are the peregrine pleasures of the Land of the Rising Sun – its wonders, its bucolic scenery, and its careful utility.

ABOVE: The Suntory Hakushu distillery is found in the Japanese Alps.

The snow of the Japanese Alps is best seen in January, but the taste of that melted snow is found in a single malt Suntory Hakushu. Rich, sweet, and slightly smoky, the 12-year Hakushu is an ideal drink for Japanese whisky beginners.

Owned by the whisky geniuses at Suntory, Hakushu’s prime, fir-surrounded location is found a short train ride from Tokyo, nestled amongst gentle pine forests and gently sloping mountains. Between the constant whistling of the bird sanctuary and the wood-gated White Terrace dining facilities, Hakushu combines peace and accessibility.

ABOVE: Besides the whisky, the scenery and bird sanctuary are the highlights of the Hakushu distillery.

Sadly, there are no English guided tours, but thirsty guests will be mollified by the audio guides. The most common Hakushu is the 12-year, and while one will want to try it neat first, this modest drink can make an excellent mint highball – a popular cocktail for whiskies in Japan. Local sites and experiences of interest include skiing at Wing Hills and Takasu Snow Park, and mountains are found in every direction. Reservations at the Hakushu Distillery are highly recommended.

ABOVE: Found in the shadow of Japan’s most famous peak, five golf clubs are found around the Fuji-Gotemba distillery.

Whisky lovers at Mount Fuji will want to check out the Kirin Fuji Gotemba Distillery. Chosen for the site’s climate similarities to Scotland, the distillery began in partnership with Chivas, Seagram’s, Four Roses, and Kirin. Keen observers will have noticed that much of Japanese whisky shares a history with Scotland – hence “whisky” rather than “whiskey” common in America and Ireland.

Other than the drinking facilities and the fine whiskys, one thing that makes this destination different from others is its proximity to five – yes, five – golf clubs. One might finish up at the Fujiheigen Golf Club, get some snaps of the Yama Shrine, and then walk right into the distillery for a day of drinking.

ABOVE: Entrance to the Fuji-Gotemba distillery.

On the other side, a stay at the Remote Lands favorite Gora Kadan ryokan is recommended. Tours of the distillery are available every day except for Wednesdays.

Using the water falling from the famous Mouth Fuji, the Fuji Sanroku 50 is recommended – a warm, sweet, thick whisky with hinds of vanilla, perhaps even preferable to the 18-year blend Fuji Sanroku.

ABOVE: The Yoichi distillery, owned by Nikka Whisky Distilling, in winter.

Nikka Whisky Distilling owns the Yoichi distillery, found on the northern island of Hokkaido. Up in that cold of Japan’s northernmost island, the winters are bracing and the culture runs deep. Found near the chilly waters of the Sea of Japan, the Yoichi is a more urban area than many of the other distilleries mentioned herein.

ABOVE: Yoichi distillery is found just 50 kilometers from Sapporo, the destination for the famed Sapporo Snow Festival, making Yoichi an excellent winter getaway.

Second only to Suntory, Yoichi produces some of Japan’s finest whiskys. Their flavors come with an almost ubiquitous peat flavor that often goes unappreciated by the novice. Found just 50 kilometers from Sapporo – the site of one of Japan’s most interesting northern cities and the site of the yearly snow festival – the peaty Yoichi whisky staves off that winter cold. The tradition of Yoichi is continued on from Masataka Taketsuru, who brought his love of whisky back from a trip to Scotland in 1918.

ABOVE: Yoichi is a pastoral destination all year round, despite its near-urban setting.

The Taketsuru Pure Malt comes in 17- and 21-year varieties, but it’s often the spicy – and light on the peat – of the Nika Pure Malt Black that draws most curious whisky lovers. The blended Nikka From the Barrel is mixed with Nikka’s other distillery in Miyagikyo near Sendai Sendai City in northern Japan. One of the brand’s more innovative tastes is the Coffey Grain, produced from a “coffey still” imported from Scotland in the 1960s.

The Best at Yamazaki

ABOVE: Suntory’s Yamazaki distillery is the finest in Japan.

The piece d’ resistance: Suntory Yamazaki Distillery. Established by Suntory founder Shinjiro Torii in 1923 and found between Osaka and Kyoto, Yamazaki is inarguably the best distillery visit in Japan.

The whisky takes its waters from Mount Tennozan, at the foot of which the distillery sits. Guests will enjoy the history, crafting, and process of the Yamazaki distillery tour, but it is at the Whisky Library visitors should expect their eyes to pop out of their head and start lapping at the sight of more than 7,000 beautiful bottles. Due to the site’s popularity, booking can be difficult

The tasting counter includes 80 whisky varieties, where visitors can try limited edition whiskies specific to the Yamazaki distillery. The only downside to this distillery is that there are no food options.

One might wax lyrical about the Yamazaki 18 – or perhaps even the extremely rare 25 – but it’s the popular 12-year Yamazaki with which most travelers will be familiar: a fruity single malt known the world over. This is where Japanese whisky began.