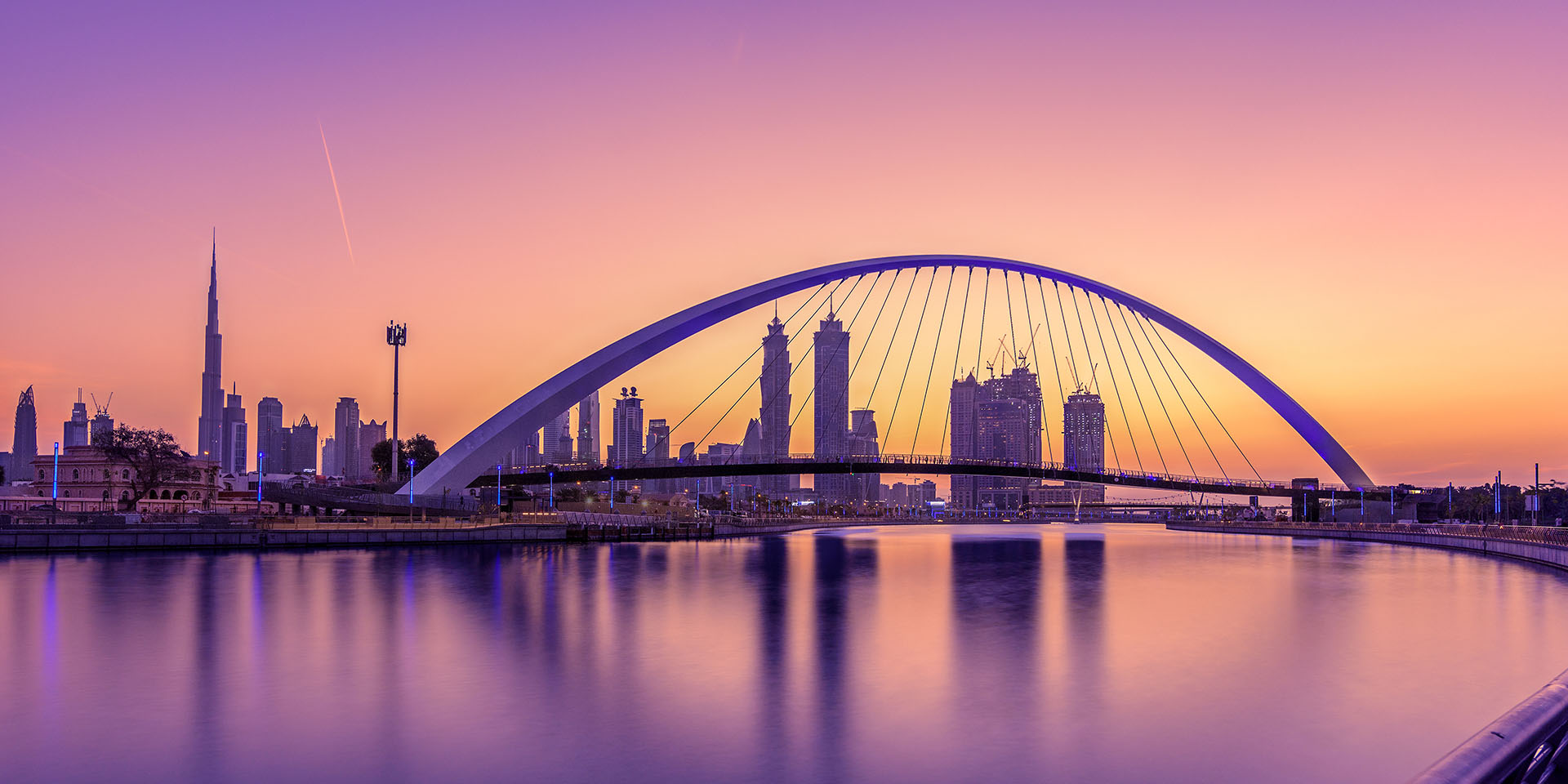 It is hard, if not impossible, to believe that a mere thirty years ago, Dubai was mostly barren desert land. In the blink of an eye it has transformed into an iconic cosmopolitan city with people, culture, and cuisine from all walks of life. Well known for its luxury shopping, ultra-modern architecture and vibrant nightlife, Dubai is an extravagant metropolis that boasts grand scale luxury. It is home to Dubai Mall–the world’s largest shopping mall; Burj Khalifa–the world’s tallest tower; Dubai Fountain–the world’s largest choreographed dancing fountain; Burj Al Arab–the world’s only 7-star hotel; and other extravagant spectacles. There is something for everyone in this vibrant city, and if you are looking for luxury, Dubai is the crème de la crème.

I recently returned from a brief but unforgettable week in Dubai. Words alone wouldn’t do justice in summarizing the amazing time that I had, so I’ve included an array of photos to depict some my wonderful experiences.

Day 1 – Time to get some sand in my shoes – Dubai is a desert oasis after all.  On my first night, I went on an exclusive private desert safari experience. It was luxurious and inside the grounds of a royal family member’s private desert retreat. We went dune bashing, watched the sun set under the horizon with falcons soaring above, rode magnificent camels, got painted with beautiful Arabic henna, enjoyed sunset canapés, a scrumptious authentic feast with Arabic coffee, exotic belly dancers, and aromatic shisha at a remote Bedouin camp, and I even made a new-found falcon friend, Gizmo.

Day 2 – I spent the following morning luxury yachting in the Persian Gulf to the iconic Burj Al Arab, the world’s only 7-star hotel. Later that afternoon I toured Bastakiya Quarter, a historic district in Dubai, and went shopping around the Deira gold and spice souks in eastern Dubai. I couldn’t miss a photo op alongside the world’s largest gold ring, certified by the Guinness Book of World Records and endorsed by the World Gold Council. Proving yet again the bigger & shinier, the better, as far as Dubai is concerned!

Later that evening I attended a lovely dinner and cocktail reception at One&Only The Palm’s (an incredible property) 101 Dining Lounge and Bar. Here we enjoyed breathtaking panoramic views of Dubai’s skyline by the resort’s private marina. For those of you that were wondering, rest assured non-Muslims are free to drink in Dubai. The dress code attire is also much more relaxed than presumed.

Day 3 – Today we chartered a private seaplane for a scenic aerial tour of the city, its coastline and famous man-made islands (the palm & world islands). To see Dubai by boat is one thing, but to see it by seaplane (along with a thrilling water take off) at an altitude of about 1,500 feet is a completely different experience!

Afterwards, we visited Skydive Dubai briefly, but sadly we did not have time to take the plunge. We were in a rush to head over to the Burj Khalifa so that we could experience watching two sunsets on the same day. The Burj Khalifa is so tall that you can watch the sunset from the base of the building, get into an elevator, go right to the top, and watch the sunset all over again.

Days 4/5 – My next two days were spent attending the Arabian Travel Mart, a leading industry event in the region and an ever-growing global marketplace. So much to see and learn about Dubai and not enough time before returning home. “Work hard, play hard” seems to be Dubai’s mantra.

On my final night in Dubai, I enjoyed festivities at the Official Arabian Travel Market party at Zeta in The Address Downtown. Only 15 minutes from the airport, The Address Hotel is located in the heart of Downtown Dubai and a stone’s throw from an array of landmark sights. The Burj Khalifa and stunning Dubai Fountain are literally on its doorstep along with the Dubai Mall, the world’s largest shopping and entertainment center. You can enjoy great views of the Dubai Fountain performances daily from The Address. Not to mention that the food here surpassed all expectations. I’ll have to indulge in Friday Brunch here on my next visit!

Some of my “to-dos” for my next visit:

The best is yet to come—Dubai is already one of the fastest growing cities in the world, but there are numerous large-scale projects underway for reveal in the near future. Following the government’s decision to diversify from an oil-based economy, Dubai is now set to become a regional and international tourism hub. Upcoming future developments include Dubailand and Bluewaters Island. Once complete, Dubailand will be the world’s largest retail and entertainment world, twice the size of Walt Disney World Resort. Bluewaters Island will be a new home for hospitality, entertainment, retail, and residence near Dubai Marina. It will also feature the Dubai Eye, which will be the world’s tallest Ferris wheel.