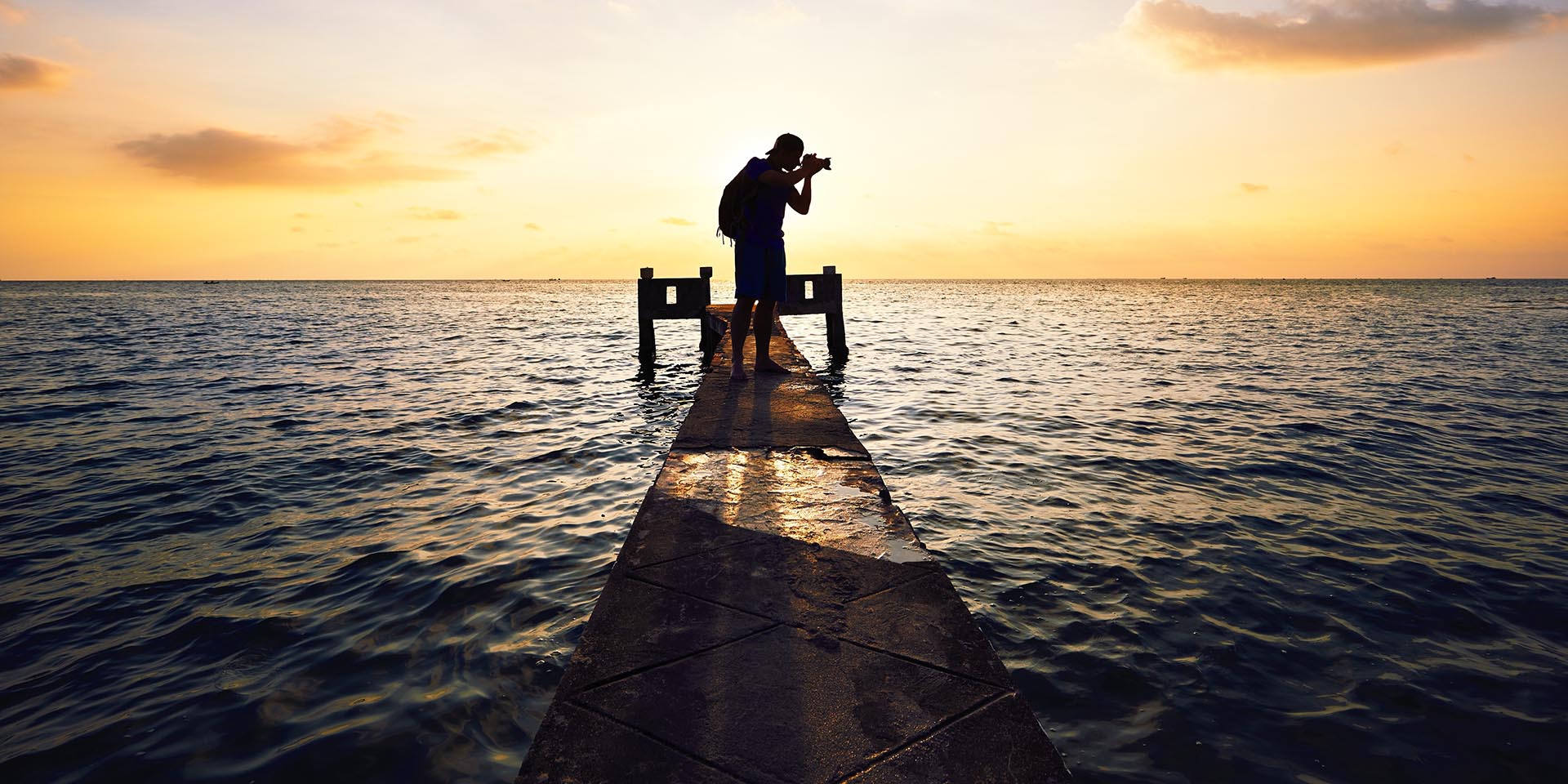 Travelogues has access to Remote Lands’ tireless experts, travel writers around the globe, and a unique range of contacts at the top of the industry. But, it’s our readers and users that actually get to go to all of these amazing places and do all of these incredible things while we’re stuck in the office.

As North Asia says hello to winter, we’ve taken a look at the first weeks of October to find our favorite Instagram pics using our hashtag, #TakeMeToRemoteLands – with results ranging from Angkor Wat to Papua New Guinea.

“For a few hectic days each year, thousands of New Guineans and a few  tourists descend on the remote Eastern Highlands town of Goroka for the annual festival or sing-sing,” Lyn from Melbourne tells Travelogues. “The first day of the festival is Children’s or Pikininis Day, when children dressed in their traditional costume practice their tribal dances, coached by a few adults.”

“On the weekend the highlight of the festival takes place. About one hundred different indigenous groups sing and dance their way round the open-grassed area shaking their magnificent feather head dresses and swaying to the beat of their singing,” Lyn says, adding that faces are painted in bright colors and costumes feature such things as shells, bones, teeth, pig tusks, colourful leaves and grasses, and animal fur. “These often had a traditional meaning; for instance, pig’s tusks used to be a sign of manhood and were only worn by adult males, but this tradition is now ignored. Shells denote wealth, white cowrie shells being more valuable than spotted ones.”

Before and after the festival is an ideal time to arrange a visit to a local community, Lyn says.

“The best thing in Spiti is the people,” Utkarsh Jumle tells Travelogues. “On the first day in Spiti when I opened my eyes to this […] I was speechless for some time.”

“I took a small walk around our homestay, went on the roof, and sat quietly,” he says. “I was stunned with the beautiful pattern of the sky. Soon after I witnessed one of most memorable sunrises.”

“On the right side, I could see a giant mountain with a melting glacier on the top, the sunlight was straight on it […] which was the main cause of the overflowing river.”

Utkarsh Jumle advises that travelers cross from Losar village before afternoon this time of year as the river is in full force once sunlight hits the glacier.

“Travel teaches us to live in the moment,” Jon Massmann tells Travelogues. “Train rides are often a fantastic time to delve into this, like the ride from Bangkok toward and past Kanchanaburi in Thailand.”

“The winding tracks take you through wide fields, claustrophobic crevasses, and stunning bridges, giving you hours to fall back, take it all in, and breathe in the present,” Jon says. “The ride is often as stunning, memorable, and transformative as the destination itself.”

“As an amateur photographer, I love taking pictures of people or street scenes. I took this picture in Kintamani (Bali) during a performance by a dance school,” Bernadette Thomas tells Travelogues. “They were very good.”

Home to Mount Batur, Tirta Empul, and the Pura Besakih, Kintamani is one of Bali’s most popular spiritual destinations. “I love to travel by myself or with a friend as it allows more freedom to decide what to see day by day, take time to understand the country, meet people, feel the atmosphere.”

“I explored Siem Reap and the Temples of Angkor Wat for several days and was stunned by the beauty,” Susan tells Travelogues. “I was charmed by the friendly locals, loved the food, and reveled in the vibrancy and history. This was a personal trip, but as a travel photographer, I always have my camera.”

“There’s a lot of precarious stair climbing, but the view is worth the effort.” Susan says. “Shooting conditions were less than optimal with the harsh daylight sun, but I was so grateful to be able to visit and photograph such an amazing and ancient place.”

“I found Myanmar to be authentic and untouched, but I know this is going to change very soon, considering the influx of tourists nowadays,” says Tetet Toralba. “Arriving in Myanmar is like travelling back in time. […] Western fashion hasn’t been an influence yet, so you’ll see men wearing longyi’s and people wearing thanaka on their faces.”

“Bagan will be the highlight of your tour in Myanmar. Watching as the sunrise sets, where all you can hear are birds chirping, and see people just being there so quiet and not talking, makes the moment so relaxing,” Tetet Toralba, who embraces “slow traveling,” tells Travelogues. “Being barefoot, being one with the earth, just feeling the wind and the golden light touching you, an experience that will last a lifetime. This place in all of South East Asia easily gives the other popular Buddhist tourist sites nearby, such as Angkor Wat in Cambodia or Borobudur in Indonesia, a run for their money.”

“Getting off the main road typically results in our favorite travel experiences, and a visit to Galtaji Temple, just 10 kilometers outside of Jaipur, was quite fascinating,” says Leslie Hammond at Tamarind Living. “This 16th century complex of decorated temples and water pools is the sacred site of Hindu pilgrimages. Here, Hindu devotees from Rajasthan, including nomadic tribal communities, come together to take part in […] bathing in the natural springs to wash away their sins before paying special devotion to the divinity shrines of Rishi Galav and Lord Hanuman, the monkey god.”

Originally interested in visiting this site for its architecture and large tribes of macaques, observing the devotees’ rituals quickly became their main focus, says Leslie Hammond. “The vibrant colors of the pilgrims’ saris and the sacred water rituals shared in solitude by individuals and together between families was so interesting to observe,” Leslie Hammond says, adding that a photo capturing the two ladies was a joyful moment between two women at the water tank. “Galtaji Temple is an unforgettable site and one you can peacefully get lost in for hours observing the interactions of the surroundings.”

A post shared by Photographer, writer, musician (@travelandcraftbeers) on Oct 11, 2017 at 6:29am PDT

https://www.instagram.com/p/BaC6OzHHQKS/?taken-by=davidpricephotography on Sep 12, 2017 at 1:18pm PDT

We always enjoy seeing photos from our readers and users, so make sure to tag us on your next jaunt through Asia. Follow by clicking the buttons below, and check in at Travelogues from Remote Lands for daily, fascinating travel stories and tips from around the continent.