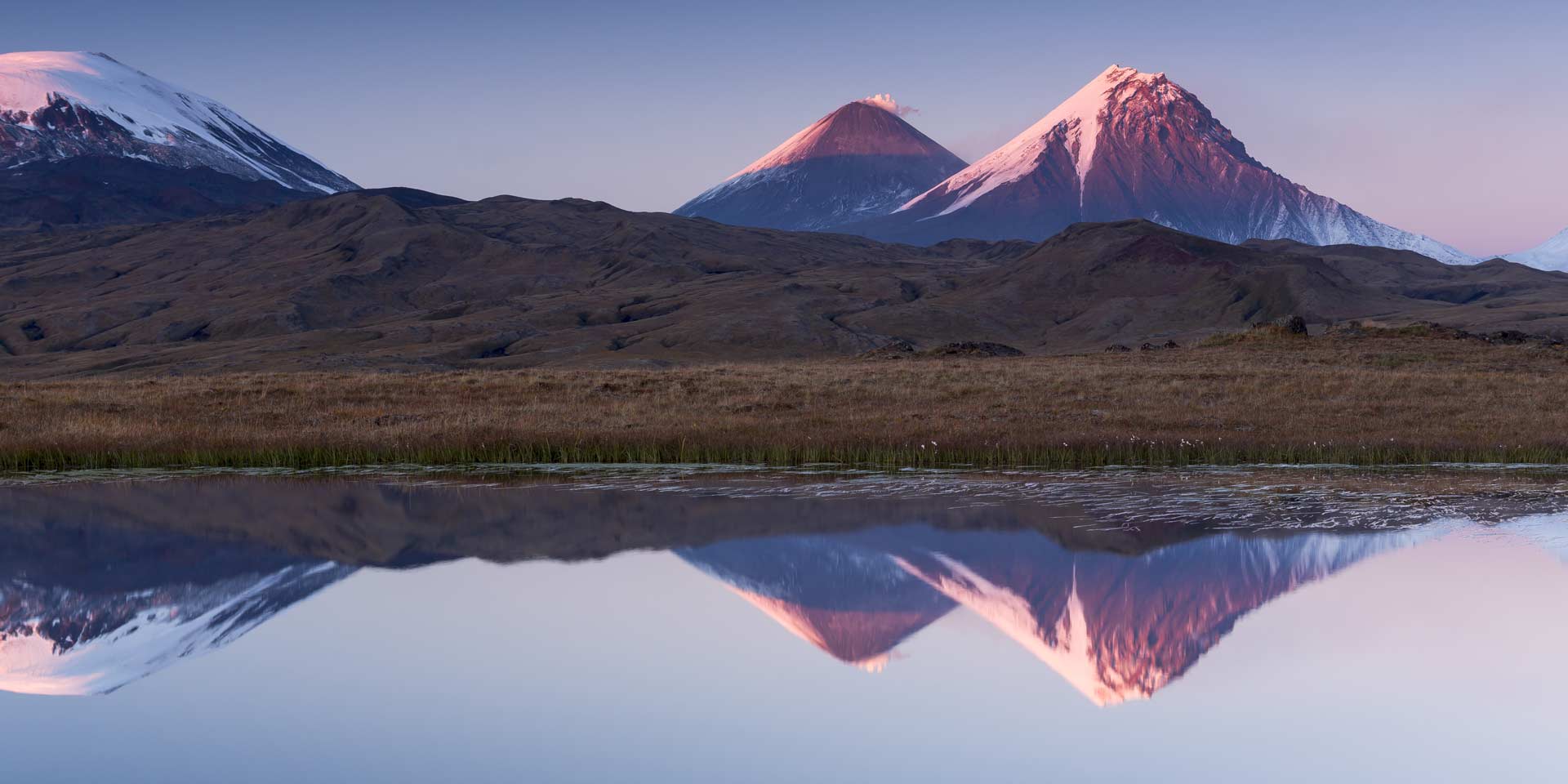 There is nowhere in the world quite like Siberia. Stretching out over northern Russia, its vast frozen landscapes remain to be fully explored, making it a mysterious and intriguing destination. It’s a land of contrasts and extremes, with majestic, snowcapped mountain ranges and icy-blue lakes to rolling green meadows and dense forests. Amongst the expansive tundra, rustic villages remain hidden from outside eyes, where the locals still live with uninterrupted values and traditions. Visitors who venture to this beautifully remote region will undoubtedly be rewarded, not only with unspoilt, picturesque views and breathtaking beauty but also with a rare insight into the Siberian way of life.

Siberia is so vast and barely visited that it offers unique and unforgettable areas that are a world apart from the next, whether it’s the serene shores of sparkling Lake Baikal or the archaeological remains in Tuva. Here is a collection of our favorite spots from one of the most expansive and sparsely-populated regions of our planet: With its pure waters, Lake Baikal is the oldest and deepest freshwater lake on the planet. The blue ripples of the lake are a stark contrast to the vibrant green slopes that surround it, filled with a vast diversity of flora and fauna. Having acquired the name as the ‘Galapagos of Russia’, a number of rare and unique ecosystems and natural wonders make this a remarkable lake like none other in the world. A number of unspoilt islands lie peppered around the lake, making an undisturbed home to the famous Baikal seal. The largest of these is Olkhon Island, and is a place of ancient mystery, highlighted by a large sacred rock and curious shaman ceremonies carried out here. For those who like to stay in luxury, a floating hotel will take you on a cruise around the lake to all of its treasures. The lake also boasts beautifully picturesque scenery from Akademicheskaya Bay, also known as the Siberian Riviera, where a hike up to the Observation Rock offers striking panoramic views over the lake. Along the banks of the great Siberian river lies a natural wonder that awaits all that make it this far. Characterized by spectacular rock pillars that line the banks of the Lena river, these stone pillars are mysterious rock formations and are an extraordinary wonder for outside eyes. Only once you start sailing around this spectacular site can you see its full scale; miles upon miles of unique stone pillars that rise up to between 500 and 1,000 feet tall create graceful and unique monuments and jaw-droppingly beautiful scenes. What was once the ocean floor still bears the reminder of its distant past with fossils of primitive life imprinted on many surfaces. It’s refreshing to see an area that has been produced entirely by nature and left completely undisturbed. Few people have ever made it to this Siberian treasure and even fewer have had the privilege of exploring these exquisite pillars; a climb to the top offers breathtaking otherworldly views downriver and over the other pillar formations. Located in southern Siberia, Tuva is an area of distinctive and natural beauty. Panoramic views are filled with undisturbed steppes, lakes and forests and the occasional soaring eagle reminds visitors of their superior closeness to nature. Travelers who venture to this remote Siberian region are rewarded with amazing mountain scenery and are invited to make the most out of the natural springs found here, said to have curative and healing properties. As well as the fascinating terrain here, there are a number of culturally important spots to the Tuvians, including Khairkhan mountain, an area considered to be significantly powerful by the Dalai Lama. Eerie cave paintings provide a rare insight into ancient Nomadic life and a number of giant burial hills in the Valley of Kings are said to be an awesome source of shamanic power. Intrepid travelers can opt to spend the night in a traditional yurt tent for an alternative accommodation option that’s in touch with ancient traditions. Sometimes referred to as a natural volcanology museum, Kamchatka features over 300 volcanoes in every stage of life, from active to extinct. At a stark contrast to Siberia’s frozen and icy landscape, this region is alive and fiery with many volcanoes erupting regularly. Wild and untouched due to its extreme terrain, it has been described as one of the last areas of pristine wilderness and the area of the most active volcanic regions in the world. The landscape here is beautifully surreal, with vast areas of rugged wilderness, an impressive number of craters, wild active volcanoes and desolate shores. This remarkably barren landscape is exceptionally awe-inspiring when seen from above in a helicopter ride or from the top of the active Avachinsky Volcano. Thermal hot springs offer opportunities to re-energize after rocky ascents and exploration of bubbling craters. The Avacha Bay surrounding this region is considered to be one of the most beautiful bays in the world, and offers a stark contrast to the fiery grounds of Kamchatka. The Putorana Plateau is a remote and seemingly boundless basalt plateau, vastly untouched by human activity. The area is made up of a collection of unique flat-topped mountains, divided by deep canyons and a mosaic of rivers, glaciers and alpine lakes. Unspoilt and unseen beauty stretches out under a frozen-blue sky that remains to be filmed or photographed by professional equipment, meaning that only a few set of privileged eyes have ever caught a glimpse of this magical place. This region is so vast and remote that its true beauty can only really be seen from above, where its 25,000 lakes shine like bright sapphires and majestic waterfalls and surreal land formations stretch out to the horizon, giving a dream-like ambiance. As well as abundant natural scenery that remains completely untouched, the Putorana Plateau is home to an abundance of biodiversity and rare ecosystems that can be seen first-hand hiking in the reserve.