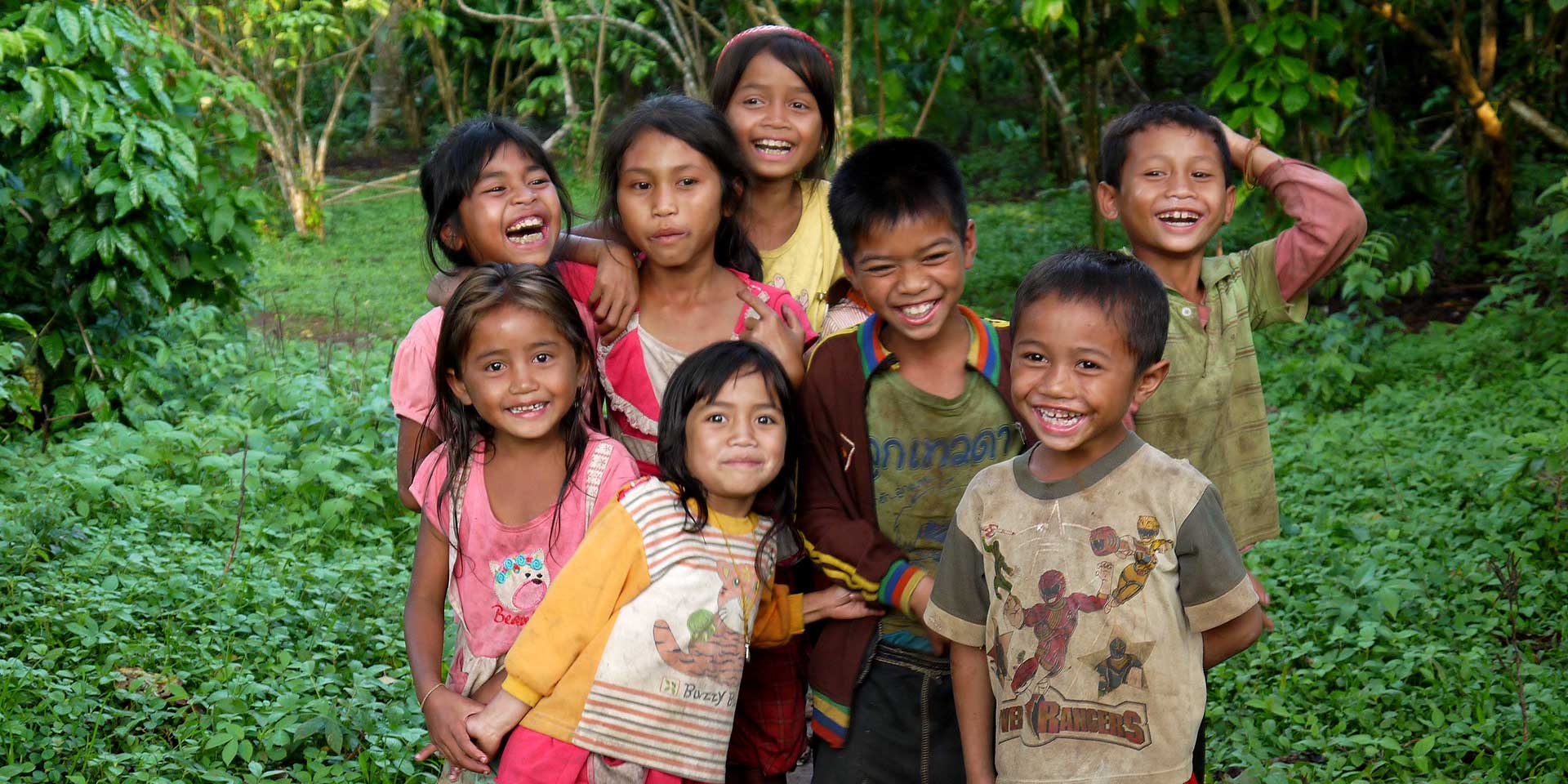 The entire region of Southern Laos is beautiful and must rank as one of the last great pristine travel destinations in Southeast Asia. Four Thousand Islands and  Champasak come to mind when one thinks of organizing a trip to this part of Laos – but the hill tribes of the Bolaven Plateau are truly worth making the journey through Salavan, Paksong, Sekong, and Attapeu.   Most people go to southern Laos to experience some of the most beautiful waterfalls in Southeast Asia, or the Angkor-period ruins at Wat Pho.  I  have done this before, and these places are well worth visiting.

However, there is another lesser known side to southern Laos, and that is seeking out the remaining authentic tribal peoples. To be sure, this is no easy task. But I was determined to see what I could find out about the unique hill tribes that populate the area. They are off the beaten track, rare to connect with and very interesting each in their own unique way.   With Pakse as my starting and ending point, I visited the Bolaven Plateau. It was a grand adventure, one I will never forget and one I highly recommend to those interested in an authentic experience.

First I visited Salavan, which was approximately three hours by car from Pakse. Many of the roads were dirt, and the farther I went along, the rougher the conditions became. Salavan Province borders Vietnam, and my goal was to get as close to the border as possible — the reason being that’s where the most interesting villages are located. This is one of the most isolated parts in all of Laos and the mountain scenery was spectacular.

There are several pretty waterfalls on the way at Tad Lo but my destination was the tribal area of  Ta Oi. (I should mention that this was one of the most heavily bombed areas during the 1960’s and 1970’s. There is still a great deal of UXO in the surrounding region as one might well suspect).  Not many people realize that the Ta Oi were once a part of the Khmer Empire. They are considered to be good soldiers, and during the Vietnam War they fought on behalf of North Vietnam.

The villagers here were not wearing traditional clothing. Yet in all the villages I visited the locals commented that I was the first westerner they had ever seen.

The Ta Oi had strong feelings about the French colonizers, whom they called “Ya,” meaning “an incarnation of powerful spirits in human form.”   As animists they believe that spirits are present in all things: animal, human and the material Earth. Territorial deities and ancestral spirits are a big part of their religion.

Paksong is in the heart of the Bolaven Plateau and is the coffee capital of Laos, which is the fifth largest export in country. The Bolaven Plateau was home to the very first coffee plantations set up by the French in Indochine. The major species that were grown include Robusta, Liberica and Arabica, the latter of which is found as far away as the Philippines and even Cuba. The high elevation and red earthy ground provide a rich incubator for growing coffee. Arabica is grown in the largest quantity.   The Bolaven Plateau is also famous for its stunning waterfalls including Tad Lao and Tad Fane.  At Tad Fane, twin waterfalls rise 200 meters into the jungles of Dong Hua Sao.

I stayed at a basic, but extremely pleasant guesthouse called the Sinouk Resort. This was to be my base to visit a little known Katu tribal outpost. The Katu are also known as the “Katang.” This was a rather large village, but as in the previous case, the locals were not used to seeing foreigners.

I had come across an animist village, and there was a very interesting community house in the center that featured numerous carved statues.   We had a chat with the village elder in this house, and learned about the various Katu customs. We were told that during their New Year they have a large festival where many buffalos are sacrificed. If someone falls ill, they believe in using a Shaman to cure them.

Many of the women had large silver earrings that on close inspection turned out to actually be the backs of watches! A man and woman showed us the traditional Katu clothing, which was a rare sight for a foreigner to witness.   Longhouses are in decline for the Katang, who are more likely to have a smaller house with a fireplace. They once practiced polygamy, but these days monogamy is returning. The most interesting part of their culture is the animism. They are especially fearful of offending the “rice spirit” and if that happens, a white buffalo will have to be sacrificed.

Their festivals and sacrifices could be a Blog of their own – wedding feasts are particularly interesting as are the “spirit gates” at the entrance to the villages that are supposed to keep out the bad spirits.

From Paksong, we set off into even more rugged territory, again towards the Vietnam border and into Sekong province. This was a hot and dusty place and we had to cross the river in our car on a makeshift car ferry. On the other side, the road conditions were even worse – several vehicles were stuck in the mud and we waited approximately an hour to get through. The ensuing roads were zigzagged with some treacherous drops off the side. It was also rainy season, so our driver was clearly afraid to continue. We pushed him on, but eventually he refused to go any further.

With our planned mission aborted, we talked to the locals and learned of an Alak village in the area. The Alak are also animist people who boast an Austroasiatic background. The most distinctive feature of the Alak are their houses.  Each village might have between a dozen and sixty houses. A communal house will be in the center and the other houses will be in a circular pattern around it. Their houses are about four feet off the ground and are built on stilts.   We met a friendly Alak woman who was holding a huge bamboo pipe, while carrying her baby. The Alak are known for their weaving and they also sacrifice buffalos during their annual festival. Usually each village has a shaman and they are called upon to heal the sick.

There are about 17,000 Alak in southern Laos..They are a matriarchal society and women lead the family in terms of finances and other areas.   The Alak are also into animism and chickens, buffalo and other animals will be sacrificed to placate offending spirits. Strangely, pigs may be considered sacred to certain members of an Alak clan and they won’t be eaten – ever. So in effect these animals can either be sacrificed or they are not allowed to be touched at all, depending on the clan, the person and the agenda at hand.

We drove three hours from Sekong to Attapeu. This was further to the south and also hugging the Vietnamese border. It was clear that most of the investment in this area is from Vietnam as we saw many Vietnamese logging trucks and construction sites.

One of the main reasons for undertaking this trip was to follow up on a photograph I had seen on the Internet of a woman from the Brao minority group. She was wearing traditional clothing and had very large ivory earrings, as well as a tattooed face. Armed with this image, I set out on my mission to “find the woman in the photograph.” Not her literally per se, but someone like her.   It wasn’t easy to find this woman, but our contacts in the area are very good, and we actually went to the home of the same woman I had seen. To me, this was quite a feat!   She was authentic to be sure, but the experience felt a bit contrived as we were clearly there to photographic this woman’s unique facial tattoos and earrings. She was extremely friendly and was happy to pose for us, however, so this was a highlight of the trip for me.

We had a government tourism minder with us on this part of the trip, and he wanted to keep us contained to this one house. Minder or not, I saw a woman across the way, also dressed in traditional clothing, and I was determined to go over and meet her whether he protested or not. We joined the woman at her house and had a nice conversation about her life and the customs of the Brao people. At this point I really felt as though I was experiencing something quite unique. As many times is the case, I was lucky enough to see things few others get to witness.   After this meeting with the Brao we headed down the road and had some of the best and most fiery som tam that I’d ever tried and then began the long drive back to Pakse.