Bentota is famous for its golden beaches, the beach in Bentota is divided to two parts; the north and the south. The northern portion to the back of the southern beach, where the Indian Ocean’s waves meet the Bentota river as it flows into the sea, is otherwise known as ‘Paradise Island’ and is a beautifully sandwiched strip of coast between the river and lagoon and the sea. The more attractive southern part of the beach has large bands of white powdery sand, shady corkscrew palms and curved bays, prime for sunbathing, walking, swimming and other recreational activities. Despite stunning beaches and abundant sunshine, Bentota’s beaches are relativity quiet with a fairly undeveloped oceanfront.

Take a private boat for a safari adventure up the Bentota or Maadu River to explore the preserved wildlife sanctuary and local communities of a predominantly Singhalese Buddhists population. The boat winds through the mangroves and wide - and at times narrow- waterways past tiny islands, local villages, temples and cinnamon estates. Onboard you can observe local rural life along the riverbanks and perhaps stop off for refreshments at a village café, a visit to a coconut factory or a handicraft workshop. Look out for a variety of flora fauna, and a multitude of wildlife and aquatic birds such as herons, kingfishers, water monitors and crocodiles!

Enjoy a private tour led by a prominent scholar of the works of Geoffrey Bawa – Sri Lanka’s most influential and prolific architect, renowned for his pioneering work in blending structures with their natural environment. The tour of Bentota, where the heart of his work is located, includes hotels, private houses and the Lunaganga estate, a laboratory for his ideas over the decades and his most striking achievement.

Release newly hatched baby sea turtles into the ocean under the safety of nightfall. The Sea Turtles Project is a turtle hatchery located along the southern coast close to Bentota. The conservation project was initiated to protect and rescue turtles and their eggs due to their decline numbers. Local fishermen rove the sandy beaches at nighttime and collect turtle eggs, which were once sold to the highest bidder, now the turtle hatchery purchase the eggs from the fishermen. The hatchery then rebury the eggs in the sand and leave them there for 48 days allowing the eggs ample development time before hatching. Visitors to the sanctuary can see huge tanks filled with newly born turtles. The baby turtles are cared for for a certain amount of time until they reach maturity and then are taken to the sea and released at night. At the project visitors will also see recused turtles that have been maimed at sea, as well as have the chance to observe rare albino turtles kept for research.

Stop at a toddy tapper's house and watch as he shimmies up the body of a palm tree, feet bound together by a length of rope. Tappers gather sap to ferment into toddy, a sweet palm wine, or to distill into arrack, a more potent drink. The name for arrack is thought to originate from Arak, a city in Iran, and was spread through the world by Mongol invaders.

The placid waters of the Bentota Lagoon and the surrounding temperate Indian Ocean provide an all year round venue for many water sports such as wind-surfing, canoeing, water-skiing, banana-boating and deep sea fishing. Diving and snorkeling is also enjoyed along the coast around the lighthouse and the northern end of Beruwala beach. Equipment can be hired easily from many local companies, who offer lessons and trained instructors. 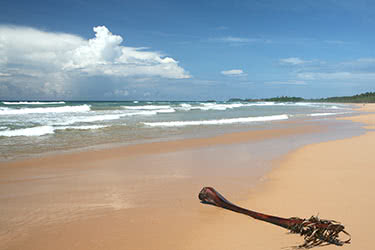 Play with elephants, relax as the kids swim in the Indian Ocean and fall asleep to the calming ocean lull while staying in a floating house on this 13-day luxurious Sri Lankan holiday. With hiking, elephant trekking and rafting in store, there’s plenty of action to keep the kids busy and still time for you to relax. 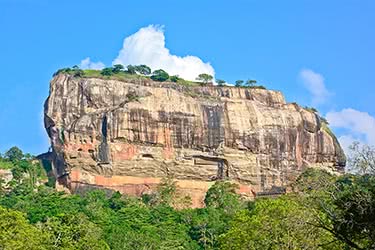 Spend an unforgettable 10 days touring the beautiful island of Sri Lanka for a romantic honeymoon filled with stunning sights and spectacular scenery. From ancient ruins to whale-infested waters, this trip is packed with treasures that will guarantee your newlywed life starts in style. 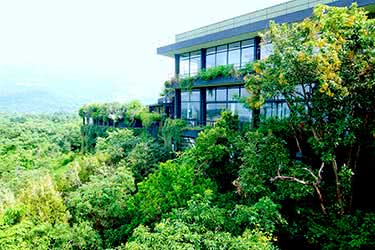 Imaginative architect Geoffrey Bawa inspires this 13-day itinerary just as beautiful Sri Lanka inspired his creative works. In addition to seeing Bawa’s final creation and other beautiful buildings, you will bike through the lush Ceylon Tea fields and see one of Buddha’s actual teeth on this luxurious tour. 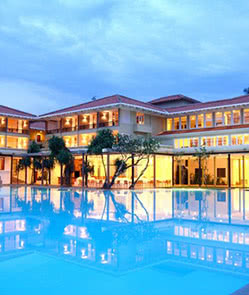 Heritance Ahungalle describes itself as a beach hotel where style and substance mix like a classic cocktail. And true to its word, this hotel combines some of the finest hospitality and best luxury services among Sri Lankan beach hotels. From unwinding in the turquoise infinity pool, which seems to blend into the ultramarine Indian Ocean, to dining on award-winning East-West fusion cooking, this resort has all the magical touches that any self-professing high-end luxury resort should. Situated on golden sandy beaches, all rooms face the sea. The guest rooms have private balconies where guests can soak in the ocean views, breathe in the fresh air and admire impressive sunsets. The rooms feature polished wood, stone-floored bathrooms, locally woven throws and cushions and handmade batik hangings. The rooms are fully equipped with energy-efficient air conditioning, TVs with satellite and local channels, a comprehensive minibar and a digital safe. All rooms are wheelchair-accessible. WiFi is provided in every room, as well as a laundry service, porter service and 24-hour room service. 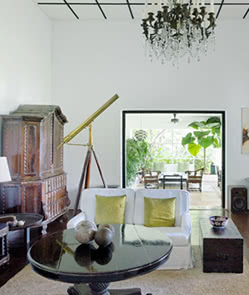 The Lunuganga Estate was the private residence of world-renowned Sri Lankan architect Geoffrey Bawa. It was on this property that Bawa spent nearly 50 years experimenting and perfecting his ideas and visions. The result is a Sri Lankan national treasure--a beautiful combination of elaborate and wild gardens and living spaces framing the natural setting of the residence. Enjoy the secluded walkways, romantic gardens, and breathtaking views of Deduwa Lake and relax in this work of art that perfectly blends the wild with the civilized. 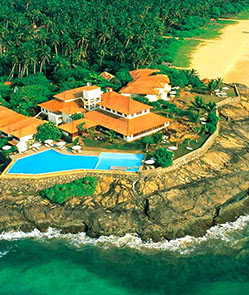 Rejuvenate your senses at this peaceful boutique hotel. Nestled in a quiet, sleepy fishing village, Saman Villas boasts fabulous views of the gleaming Indian Ocean along with long stretches of golden sandy beaches that reach as far as the eye can see. The hotel is set in a lush tropical garden on a secluded beach, making it an ideal Sri Lankan beach retreat. Saman Villas was selected as the ‘Best Boutique Hotel in Sri Lanka’ for three consecutive years at the Travel & Tourism Awards. The villa style property boast 26 suites and one duplex villa that are positioned to offer superb views of the marine. Onsite dining options include authentic Sri Lankan dishes and European food. Dinner is enjoyed best on the warm open-air terrace or in the cool, open-plan fine dining restaurant. If you’re a discerning traveler after a unique boutique experience in Sri Lanka, this is a great place to start. 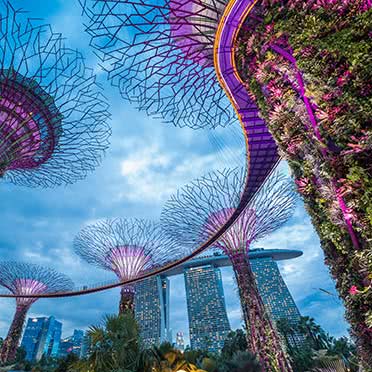 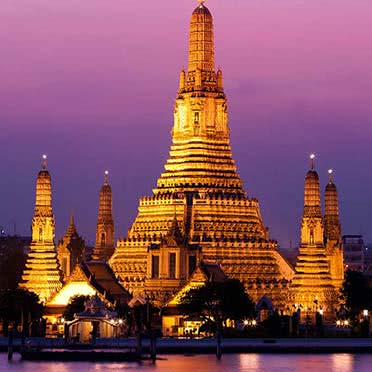 All Around the Island: 5 Must-See Sri Lankan Beaches

Home to ancient legends and a modern mix of cultures, Sri Lanka is a land of intriguing dichotomies, but, it is her beaches that will enchant and captivate.