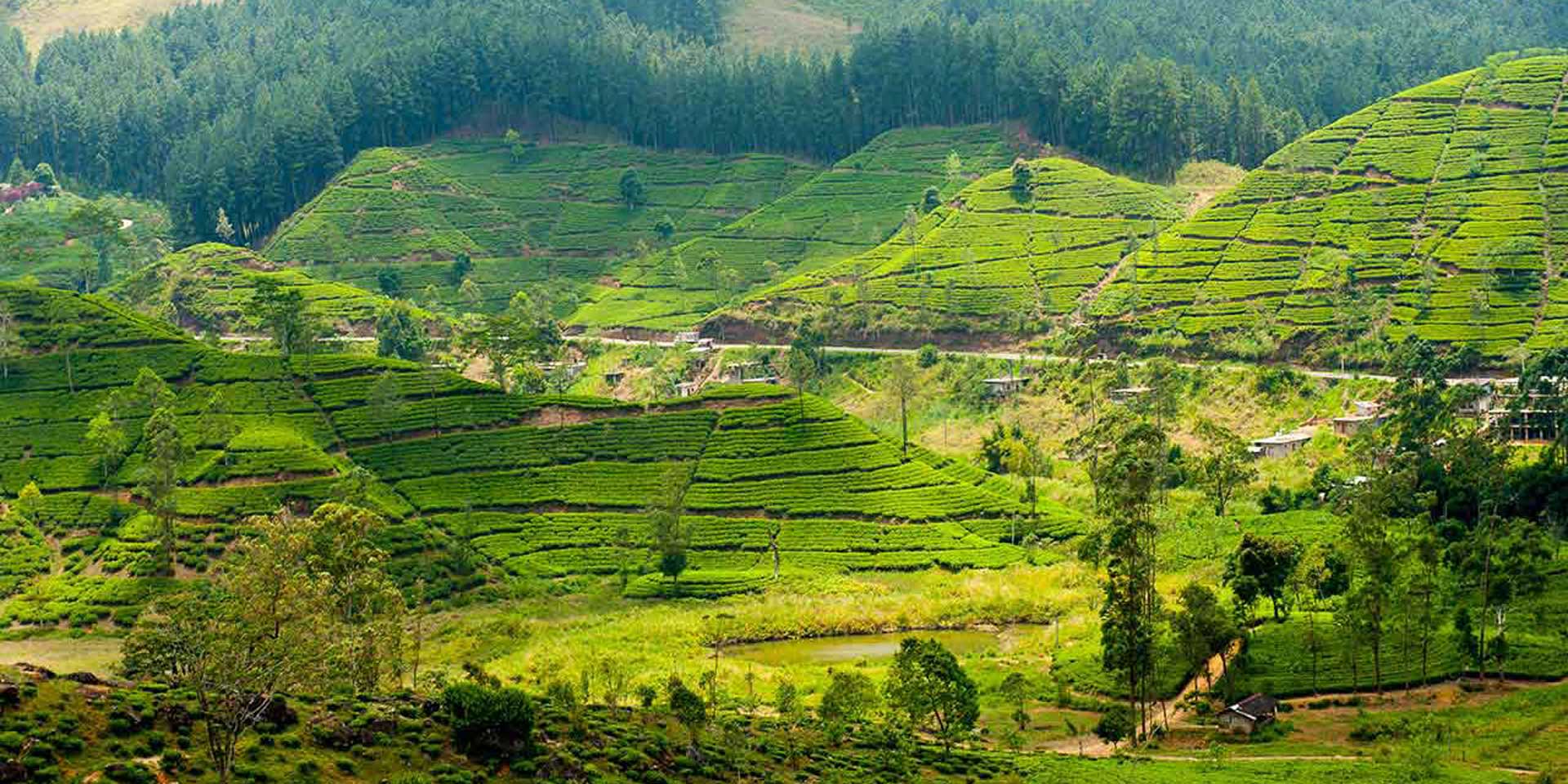 The tiny island of Sri Lanka has endured a lot, both in the past and in recent memory. Torn apart by civil war and a devastating tsunami, this strong and determined little country has fought its way through the hard times and come out on the other side not only with its beauty and culture intact, but also with its eyes on bigger rewards.

Sri Lanka’s long and fascinating history includes the arrival of a South Indian prince (legendarily ascended from a lion), the development of Sinhalese societies as the indigenous Tamil settlements were preserved, and the propagation of Buddhism. Later came the influence of Portuguese and Dutch trade and the colonization of the island by the British, under which it served as an important strategic post against the Japanese in the Second World War.

Under its previous name, Ceylon became fully independent on 4th February 1948 and was renamed Sri Lanka in 1970. It was during the 70’s that relations between the island’s Sinhalese and Tamil populations became fraught. Tensions escalated throughout the 1970’s and 80’s; with skirmishes, attacks and riots developing into a civil war that lasted 25 years – during which Sri Lanka wasn’t generally considered safe for visitors. Though it wasn’t until May 2009 that the war finally came to an end, the ceasefire of 2001 was enough for some intrigued travelers to start venturing towards Sri Lanka – a sign of the interest that was only set to grow. Malik J Fernando, a Sri Lankan businessman, was immersed in the day-to-day affairs at Dilmah, his family’s tea estate, when he says he was met with a flurry of requests from people wanting to visit during that time. “Many Dilmah tea drinkers wrote and asked if they could visit our estates, so we organized an informal tour, with guests staying at the colonial tea planters’ bungalows,” he explains, “when we saw that they loved the pristine tea country and its way of life, we decided to make a proper business of it.” They proceeded to refurbish four bungalows on the Ceylon estate in the Bogawantalawa area, and set up Ceylon Tea Trails – becoming the first member of Relais & Chateaux brand in Sri Lanka.

In addition to the troubles, the tsunami of 2004 hit the shores of Sri Lanka, causing massive devastation and loss of life. Although it was a major setback for a country only just starting to make its way out of a brutal war, the rebuilding effort began almost instantly; despite the furious destruction of the waves, the power of the dauntlessly-positive Sri Lanka disposition was an equal match. On the difficulties of opening Ceylon Tea Trails during that time, Malik says, “Recruiting staff was a challenge – many had gone overseas for greener pastures – and the remote location posed logistical challenges. But with a great team we pulled it off and Tea Trails is now an icon for small luxury tourism.”

Indeed, after decades of delays due to war and disaster, the initially slow progress in Sri Lanka is now being made up for with a vengeance. Today, cities like Colombo are growing rapidly, as international investment pours in, and Sri Lanka is establishing itself as a must-visit tourism destination, and no wonder. In Malik’s words, “Sri Lanka is many countries in one: you have the beautiful pristine tea country with cool surroundings, safari parks in several parts of the country, a 2000-year-old civilization in the Cultural Triangle that rivals Angkor Wat, and beautiful beaches in the south and on the east coast.”

As the island makes its way onto the bucket lists of hikers, surfers and backpackers, hoteliers like Malik are looking towards the luxury market as the focus of Sri Lankan tourism. “We need a clear-cut strategy and positioning, which in my view should focus on the high-end traveler and not look at vast numbers,” he explains, “We have to protect our environment and culture whilst taking full advantage of the economic benefits of luxury tourism.” Thanks to ambitious entrepreneurs like Malik and his family, it certainly seems like an emphasis is being placed on the luxury and boutique end of the spectrum.

Ceylon Tea Trails, for its part, is nestled high in the plantations. Currently five classic colonial-era tea planters’ bungalows have been fully restored, and the property affords stunning views of the working estate. The focus is on great food and drink and personalized service – all in peaceful surroundings. Each bungalow comes with a dedicated butler, who serves guests “Bed Tea” in the morning and draws their baths. Malik opened his second property, Cape Weligama, in 2014. Situated on Sri Lanka’s southern-most point, its 40 apartments and suites look straight out to the Indian Ocean. Meanwhile, Malik’s team is hard at work developing two new properties, which will be firmly aimed at the luxury market. In 2018 they plan to open a treehouse-style resort in Sigiriya, designed by noted architect Lek Bunnag. Before that, in 2017 The Wild Coast Tented Lodge will open with 28 vaulted tented suites offering a taste of the colonial safari-style experience.

Also drawing on the appeal of the elegance of a bygone era, Tintagel is an exquisitely-preserved mansion in the center of Colombo, offering guests the chance to stay in what was previously home to three of Sri Lanka’s political leaders. Down in Galle, Amangalla resort is a restored UNESCO World Heritage site, set in the center of a 17th-century Dutch Fort. Here the focus is on the details; with Para Mara four-poster beds, pettagama chests and 300-year old polished Burmese teak flooring. Meanwhile, flanked by the Dambulla rock temple and Sigiriya Rock Fortress, the unique Heritance Kandalama hotel, designed by architect Geoffrey Bawa, offers something for travelers with a penchant for the dramatic and individual. Set into a cliff face, the hotel is shaped like a bird with its wings spread out. Beach vacationers are catered for at Amanwella where private bungalows sit amid coconut groves, with access to both the beach and the jungle. Ani Villas – also in Tangalle – sprawls across a tropical estate, on a bluff with views of the ocean and provides an ideal base for those hoping to explore Galle or the natural delights in Yala National Park. Set between the beach and the rainforest, the 14 cabins at Chena Huts likewise offers the chance to stay amid nature, without having to sacrifice any mod cons or creature comforts.

As hotel development grows apace – its focus firmly on those looking for something special – infrastructure and road construction and quality are beginning to catch up too. An 80-mile highway that stretches north to south along (though not on) the west coast was opened in 2013 and runs from above Colombo, down past Galle to Matara. Creating ease of travel between cities was big step to further establishing Sri Lanka’s place on the tourism map. However, there are still a number of difficult-to-reach places, to which traveling by helicopter is preferable. The opportunity to visit these spots by air further solidifies Sri Lanka’s reputation for style and flair.

The dramatic cave temples of Dambulla and nearby Sigiriya Rock Fortress are at the heart of Sri Lanka’s historic cultural triangle and to fly overhead, with a bird’s-eye view of the landscape below, is breathtaking. Pretty Nuwara Eliya is the highest town in Sri Lanka, sitting 6,187 feet above sea level, in lush tea country. To land your chopper in what was once a hill station is to find yourself in “Little England”. A charming colonial village, it’s surrounded by such beauty spots as the Seetha Amman Temple – featured in Hindu epic the Ramayana – and Bogawantalawa Valley (home to Ceylon Tea Trails). This scenic setting is a key entry-point to the sweeping Horton plains – home to leopards and sambar deer, and the cascading Baker’s Falls at “World’s End”.

This isn’t a comeback – all the potential has been there for years, decades and even centuries – from Buddha’s tooth relic in Kandy and the ruins of Anuradhapura, to elegantly-stepped tea terraces in the highlands, and not to mention some of the region’s best surfing on pristine beaches. With, what one hopes, its worst years behind it, it seems that Sri Lanka is ready to show off its beaches, history, culture and wildlife and frame it all in the most artful and luxurious ways possible. Plus, according to Malik, one of the island’s most alluring attractions is “the warmth and friendliness of our people – they are genuinely happy to see you.”