The Fergana Valley stretches across central Asia forming a crucial part of the northern silk road which historically linked China to the west. With the Tien-Shan mountains to the north and the Gissar-Allai to the south, it is an area of stunning natural beauty and despite the relatively dry climate, the valley boasts green and fertile plains thanks to the Rivers Naryn and Kara Darya, which meet near Namangan to form the Syr Darya.

Throughout history, Fergana Valley has been the object of many territorial battles and its various areas have been occupied by the Achaemenid Empire, the Han Dynasty, the Bactrian Empire and the Samanids. Today it stretches across three former Soviet states, from eastern Uzbekistan through Kyrgyzstan to Tajikistan. As such, it is an area of incomparable cultural and ethnic diversity as well as historical and environmental interest. From cities with stunning architecture to breathtaking scenery to fabulous handmade silks and ceramics, a visit to Fergana Valley is sure to intrigue the intrepid explorer.

In the city of Kokand stands the beautiful 19th century Juma Mosque. Its colorful minaret with arched portico stretches up more than twenty meters, supported by giant columns made from Indian redwood trees. Today, visitors can enjoy a tour of this mosque-museum, which includes historical artifacts from the city of Kokand and surrounding area.

Khudoyar Khan commissioned this elaborate and stunning architectural marvel in the 19th century to house himself and his family. They were able to enjoy its opulence for just two years before the Russians invaded Kokand and the Khanate fell. The palace boasts seven courtyards and 113 rooms, of which twelve are open to visitors today.

The small town of Rishtan is famous around the world for its ceramics due to the high quality clay upon which it is built. In workshops throughout the city, traditional techniques and machinery are used by master craftsmen to produce beautiful, elaborate patterns and the distinctive blue-green glazed pottery which can be bought in the town’s bazaars and markets.

The Blue Lake of Shahimardan

In the south of the Fergana Valley lies the enclave of Shahimardan, in the hills of the Allai Mountains. This town is a shrine to Caliph Hazrat Ali and a popular spot for tourists and pilgrims who take the cable car from the center of town up to Kurbal Kul, a stunning blue alpine lake, set peacefully amidst the mountain peaks.

Owing to its position on the silk road, silk production has long been a crucial enterprise and source of economy in the Fergana Valley. A visit to the Yodgorlik silk workshop reveals every step of the painstaking process involved in producing the beautiful handmade material, from the filament, which is spun, dyed and finally woven or knotted into yards of gorgeous silk. 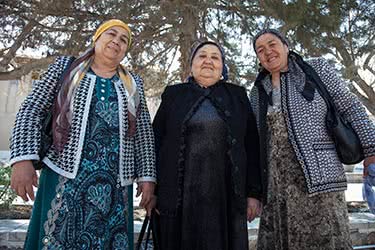 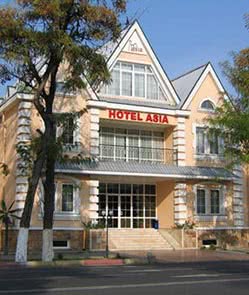 This comfortable hotel is perfectly situated in the center of Fergana - next to the city mayor's office and within a five minute walk of the city park, it’s ideally placed as a base for guests who want to explore the area and the beautiful scenic region beyond. Decorated in colonial style, the Asia Fergana, while not luxury accommodation, offers old-world charm and all the conveniences you could ask for. With a full range of sleeping arrangements from single and double rooms to superior and suite options, it’s perfect for solo travelers, couples and families; all rooms boast air conditioning, telephone and minibar and all bathrooms are en suite with toiletries. Explore Fergana with a city-tour or, if you’re heading further afield, look forward to returning to the hotel after a long day’s hike in the valley for dinner in the international restaurant and take advantage of the hotel’s massage and sauna facilities. Alternatively, simply enjoy relaxing by the pool on a hot sunny day. 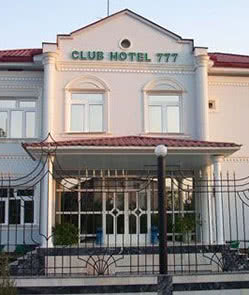 This simple in Fergana city is well-placed for international travelers, located less than two miles from Fergana International Airport. What’s more, it’s just a short walk to the city park and the Alisher Navoi monument with its beautiful turquoise dome and the shrine of Sergius of Radonezh. While this is not a deluxe hotel, the single, double and superior rooms are spacious and comfortable, set in pleasant surroundings with green lawns and with a peaceful, shady inner courtyard. After a day of sightseeing or exploring in the Fergana Valley, relax with dinner in the hotel restaurant or unwind with a game of billiards. Visitors looking to really kick back can enjoy the open air swimming pool, sipping ice cold drinks from the poolside bar or snacking in the outdoor summer restaurant; if the weather is less than perfect, there’s an indoor pool and sauna facilities too.

Dave Stamboulis travels through the wildly verdant Jyrgalan Valley and over the Sary Mogul River to discover a Kyrgyzstan that is quite different than one might expect.

Read Article
World Nomad Games: The Most Unusual Sporting Event of the Year

Richard Collett travels to the World Nomad Games in Kyrgyzstan for an inspiring story of sporting greatness, cultural pride, and dead goat polo – also known as Kok Boru – in one of Asia’s most interesting competitions. 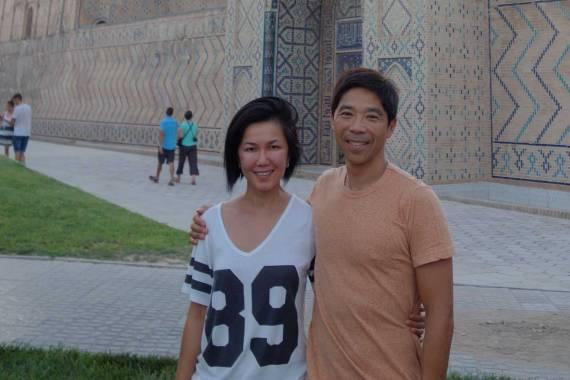 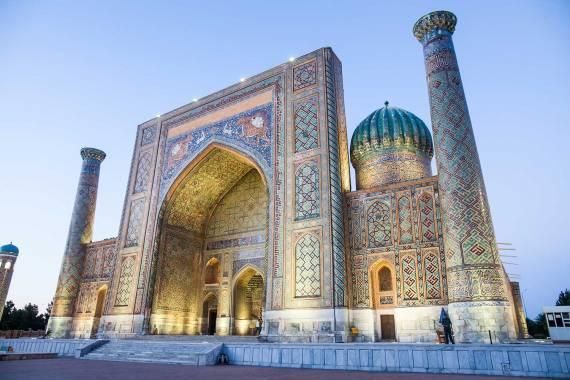 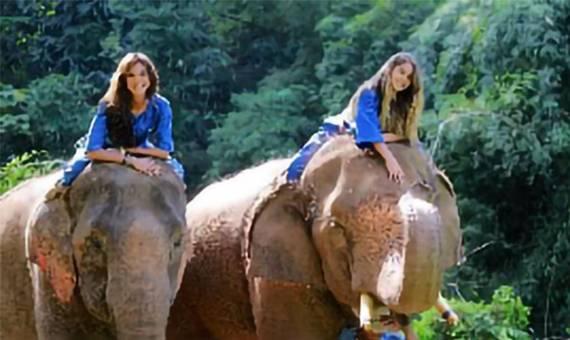 A mother & daughter from California

We will definitely be working with Remote Lands for all future trips to Asia, you guys really knocked it out of the park!