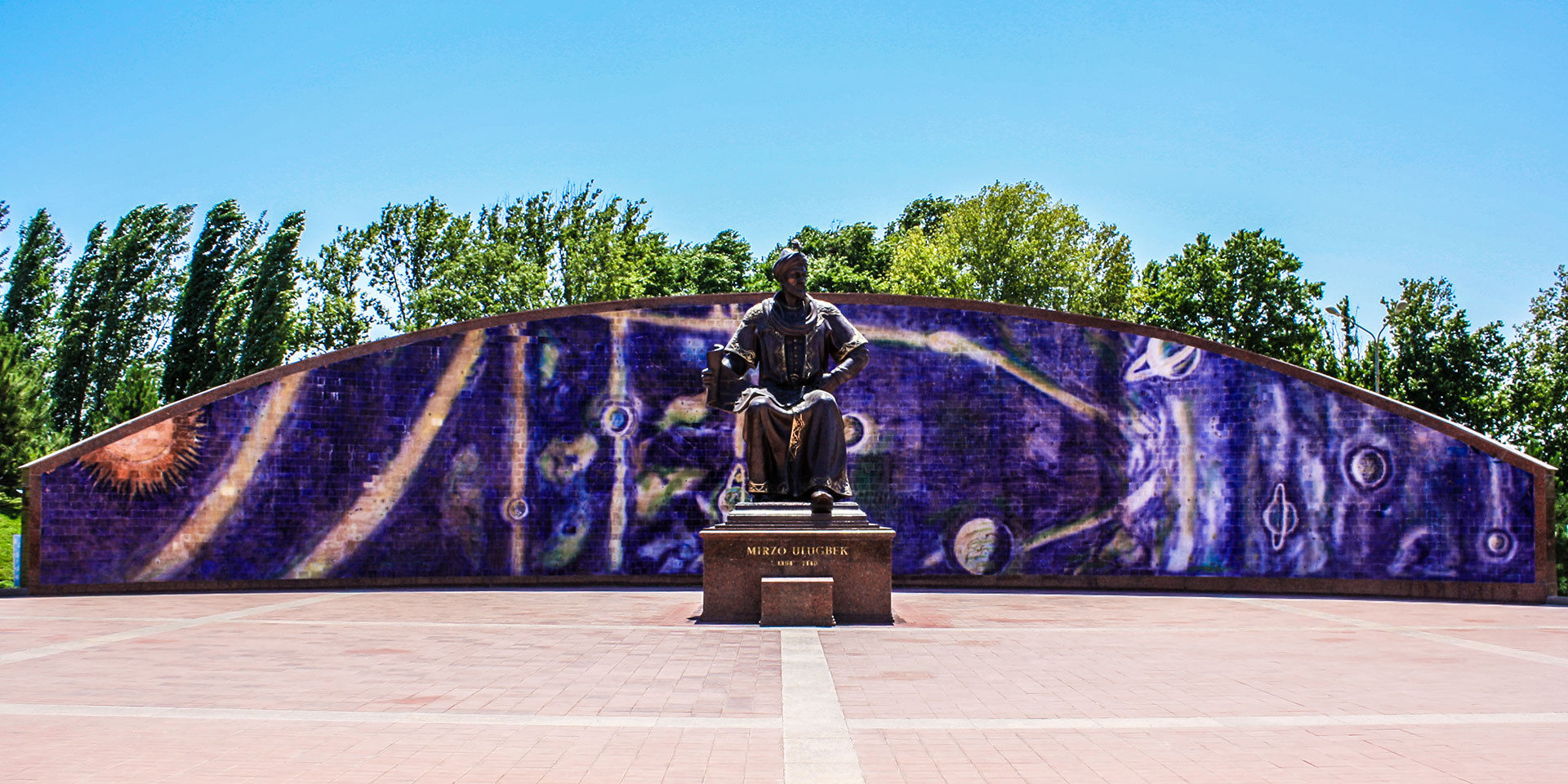 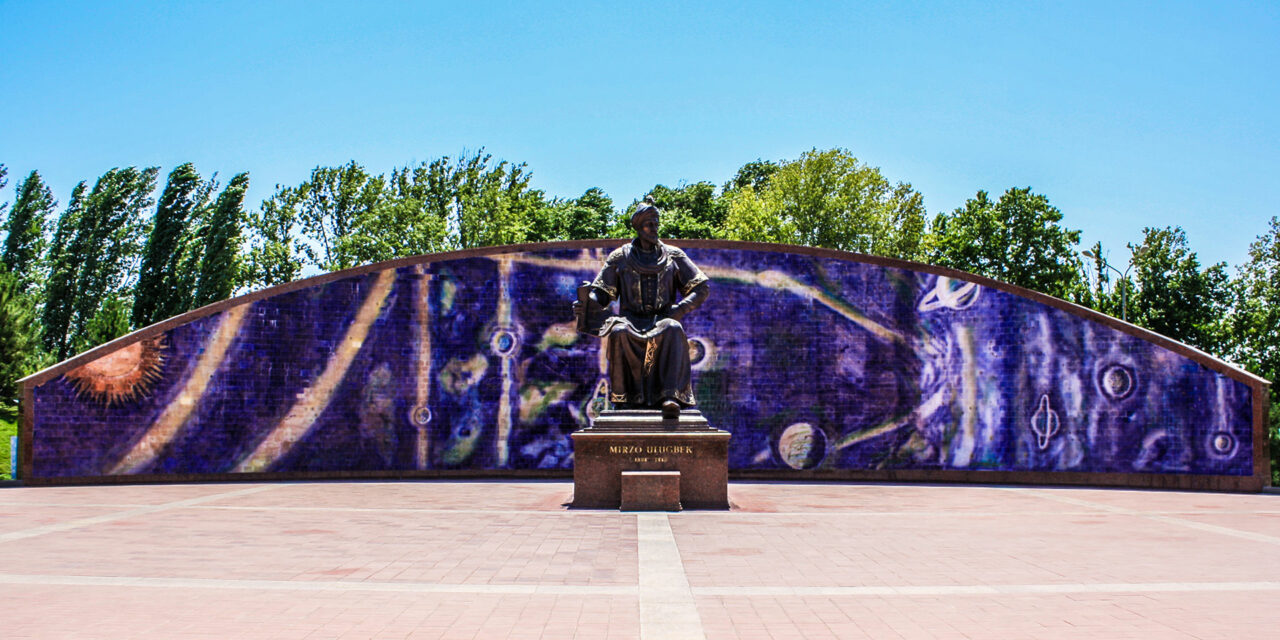 Uzbekistan is a nation created by the Soviets in the 20th Century, but the land, the cities, and the people within this country’s borders have a history that stretches back centuries. It’s a history of empire builders, silk road trade, and Central Asian Khanates and Emirs that together tell the narrative of a modern nation. Travelers are rightly drawn to the historic sites that lie along this under-traveled country’s dusty roads.

Shahrisabz: The Birthplace Of Amir Timur

ABOVE: Ak-Saray Palace In Shakhrisabz.

Shahrisabz is a city with a history as ancient as anywhere along the Silk Road, but a city that’s particularly renowned in Uzbekistan for being the birthplace of the country’s national hero, Amir Timur.

Amir Timur is Central Asia’s most ruthless ruler. History always has two sides, and to those he conquered, Amir Timur was a tyrant, a despot, and a bloodthirsty dictator. In today’s Uzbekistan though, Amir Timur is remembered as an Empire Builder, a hero character who laid the foundations of the modern Uzbek nation far back in the 14th Century. His statue stands in city squares across the country and entire museums are dedicated to him. For Uzbekistan, his exploits became a uniting factor after independence from the Soviets and a visit to his birthplace of Shahrisabz is not only an opportunity to see the grand remains of Timur’s summer palace but to experience the beginnings of the vast the empire he built across Central Asia, and the political effects that are still felt today.

The Ruins Of The Ulugh Beg Observatory

Amir Timur’s grandson Ulugh Beg is remembered not for his conquests but for his devotion to science. On the outskirts of Samarkand are the ruins of Ulugh Beg’s observatory, where the scientific equipment was accurate enough to measure the length of a year to modern standards. This little known Timurid legacy was buried in the dust of Samarkand though when Ulugh Beg was deposed, and his scientific achievements wouldn’t be unearthed again until the 20th century. In the end, Ulugh Beg was a man who suffered on the brutal Silk Road for being far ahead of his time.

ABOVE: The 12th century Kalyan Minaret.

The Kalyan Minaret is one of the finest examples of Central Asian architecture and engineering that can be found in Uzbekistan. Found in the historic center of Bukhara, it’s exceptional because despite being built in the 12th century, and despite towering to 48 meters in height, it has managed to weather war, natural disaster and time to still stand to this day. For centuries it was used not only to call Muslims to prayer but to throw unfortunate souls to their deaths in the square below.

ABOVE: Genghis Khan spared the minaret in his invasion in the 13th century.

Perhaps that dark use was one one of the reasons why Genghis Khan, so impressed with its height when he invaded Bukhara in the 13th century, spared the Kalyan Minaret from destruction when he burnt the rest of the city to the ground.

The Dark Depths Of The Zindon Prison

Until recent times Uzbekistan was a fractured land comprised of different Khanates ruled by different Emirs. The Khanate of Bukhara was one such independent state and in the 19th century Russia and Britain vied for influence over these Central Asian states during the Great Game. Two British Officers sent from India were unfortunate though to be interred in the Emir of Bukhara’s infamous ‘Bug Pit’ in the dark depths of the Zindon Prison when they fell afoul of the ruler.

They never made it out of the Zindon Prison and ultimately Bukhara fell under Russian influence, not British, to then eventually become part of Uzbekistan. The Khanate of Bukhara is long gone, but the ‘Bug Pit’ is still there to be visited, and it’s still as dark and intriguing as it sounds.

Walking around the orderly, symmetrical and very socialist looking centre of Tashkent you would be forgiven for thinking that Uzbekistan’s capital is simply a Soviet construction. In many ways it is, the centre and much of the city were all planned and constructed by the communist government, because the historic Tashkent was mostly destroyed by conflict and natural disasters.

But this city has been inhabited for centuries, and one of the few remaining historic areas left is the Chorsu Bazaar, a market place in the centre of old Tashkent, and although the domes and the walls have been rebuilt over the years this same ground is where traders, merchants and travelers have congregated for hundred of years to buy and sell and to trade stories and experiences. The building may have changed, but at the Chorsu Bazaar, the atmosphere is still the same as it always has been.

Uzbekistan’s history defines the nation, from the depths of the Zindon Prison to the ancient history of the minarets and markets. Travelers would be well-advised to keep an eye in several centuries when visiting the Central Asian gem.