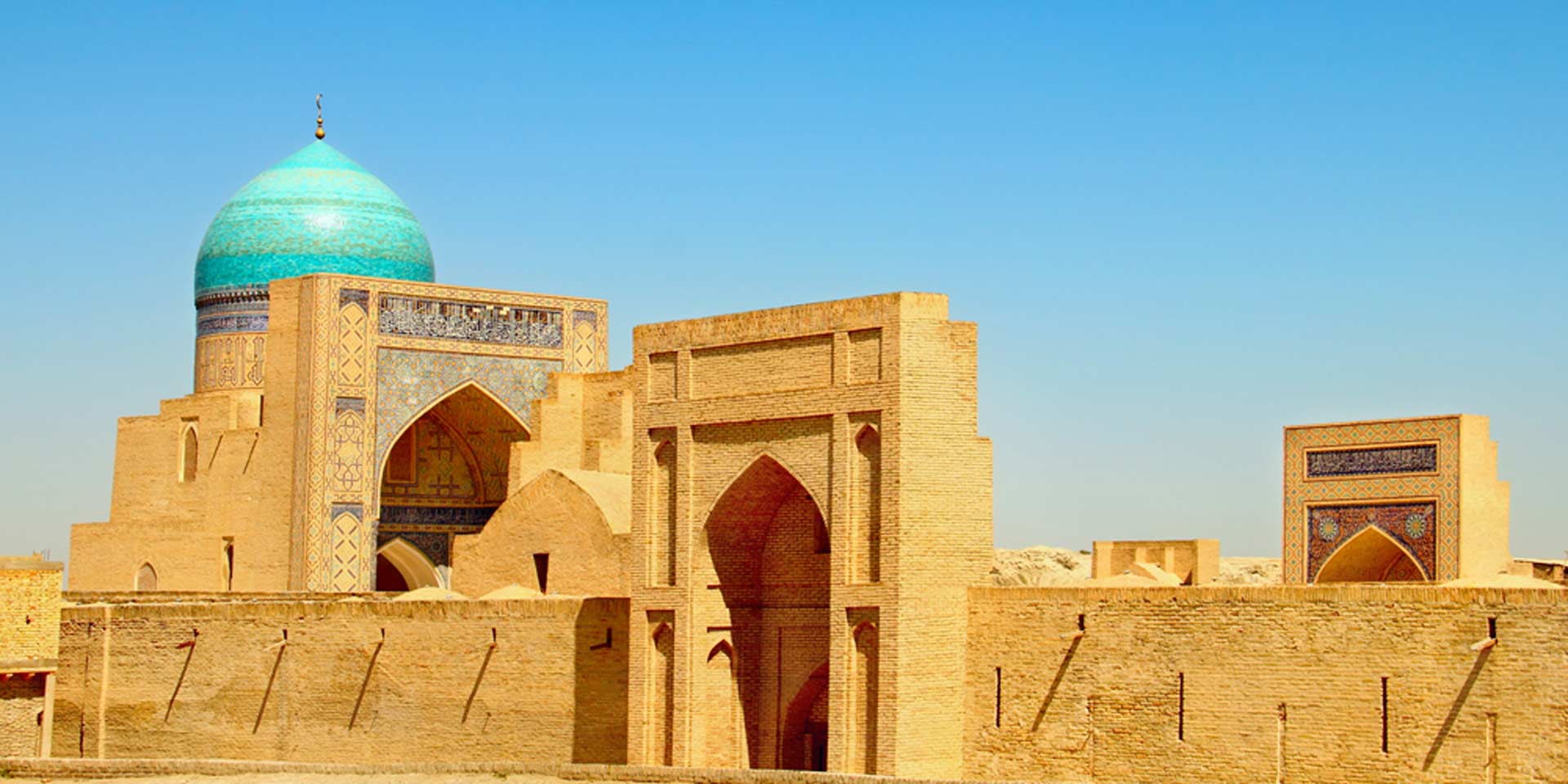 Thanks to a long history of occupation by rising and falling empires, Uzbekistan has accrued fascinating layers of ancient, historic and modern cultures, which today lie side by side. From Bukhara to Khiva, Uzbek cities are filled with stunningly-preserved or wonderfully-crumbling architecture, sacred places of worship and formidable edifices of defence, bustling bazaars and peaceful places of learning. Add to that expansive scenic landscapes from plunging gorges and canyons to rolling verdant valleys and desert dunes, and it is no wonder this country is quickly creating a buzz in the adventure travel world.

There has never been a better time to journey to the cultural centers and sweeping countrysides of Uzbekistan, and we have picked our top seven hotspots to visit before the rest of the world catches on.

The seven wonders of Uzbekistan

Prepare to be enchanted by a city whose history stretches back two and a half millennia. Once a global center of civilization and later a strategic stop on the Silk Road, Bukhara is now a UNESCO World Heritage Site thanks to its many, varied and beautiful architectural wonders. Visit the Ismail Samani Mausoleum, one of the oldest buildings in central Asia, and tour the Royal Mosque Bolo Khauz, the erstwhile home of the city’s Emir, bedecked with intricately-carved pillars and stalactites. Discover the Bahauddin Naqshband Ensemble and stroll around the peaceful waters of Lyabi Khauz Plaza, a shaded pool in the city center; you will see why Fitzroy Maclean claimed that its architecture could rival that of the Italian Renaissance.

Flattened by Genghis Khan and rebuilt by Tamerlane, whose final resting place remains here at Gur-Emir Mausoleum, Samarkand has a rich and fascinating history. As popular now with tourists and pilgrims as it was during its boom in the Silk Road era, Samarkand is an unmissable stop on any journey through Uzbekistan. Delve into the past as you explore the Shakhi-Zinda necropolis, where ancient mausoleums lie side by side in a labyrinthine complex. Take a stroll around impressive Registan Square and gaze over all from the Ulugh Beg observatory, set on a hill for stunning scenic panoramas.

Don’t miss the nation’s capital, where cultures and ethnicities bubble together in a welcoming, cosmopolitan melting pot. Spend some time in Tashkent to discover modern Uzbek lifestyles amid historic and sacred religious architecture. Haggle with the good-natured vendors in bustling Chorsu Bazaar and pick up unique trinkets and souvenirs. Join the thousands of worshippers who make their way to the iconic turquoise domes of Khazrati Imam complex, marvel at the beautiful, traditional Islamic design and stroll around its peaceful, shady gardens. Finally, discover why the capital city of Uzbekistan is considered the cultural center of the Islamic world at the Khast Imam Mosque Library, where you can see the world’s oldest copy of the Quran.

Among the World Heritage Sites in Uzbekistan – of which there are many – Khiva’s inner city was the first to be designated by UNESCO. Delve into the old town, known as Itchan Kala, to discover historic remains that have been preserved for 2,500 years. Pay a visit to Djuma mosque, the ancient city’s spiritual heart, where you will find more than 200 decoratively-carved wooden columns. Explore the blue-hued mausoleums, visit 300-year-old Kutli Murad Inak Medressa with its fabulous tiled mosaics and watch silk carpets being made in traditional craftsmen’s workshops.

Amid the rolling red sands of the sprawling Kyzyl Kum Desert, three ancient fortresses are hidden in plain sight. Make the journey to northern Uzbekistan, west of the Sultan-Uiz-Dagh mountains, to discover the crumbling citadels that once provided defence against raiding nomads. Built between the 4th century BC and 2nd century AD, these fabulous ruins are the source of many ancient Uzbek legends and are sure to inspire your imagination. Stop off on a journey between Khiva and Tashkent and marvel at these forgotten wonders, taking the chance to picnic in a traditional yurt on the banks of the Amu Darya river.

Between Samarkand and Boysun lies charming Darband, set on the historic route of the caravans. From your base here, head into the stunning Uzbek countryside to explore lush valleys, soaring mountains and Asia’s Grand Canyon. In this breathtaking setting among some of Uzbekistan’s most scenic wonders, you will have the opportunity to experience classic folk tunes played by master musicians.

Immerse yourself in truly ancient Uzbek culture on a trip to remote and beautiful Boysun, an area under UNESCO protection, and experience first-hand the traditions and customs of shamans, Buddhists and magis. Learn more about their customs at the local museum and trawl the market and ateliers for mementos of this unforgettable destination.