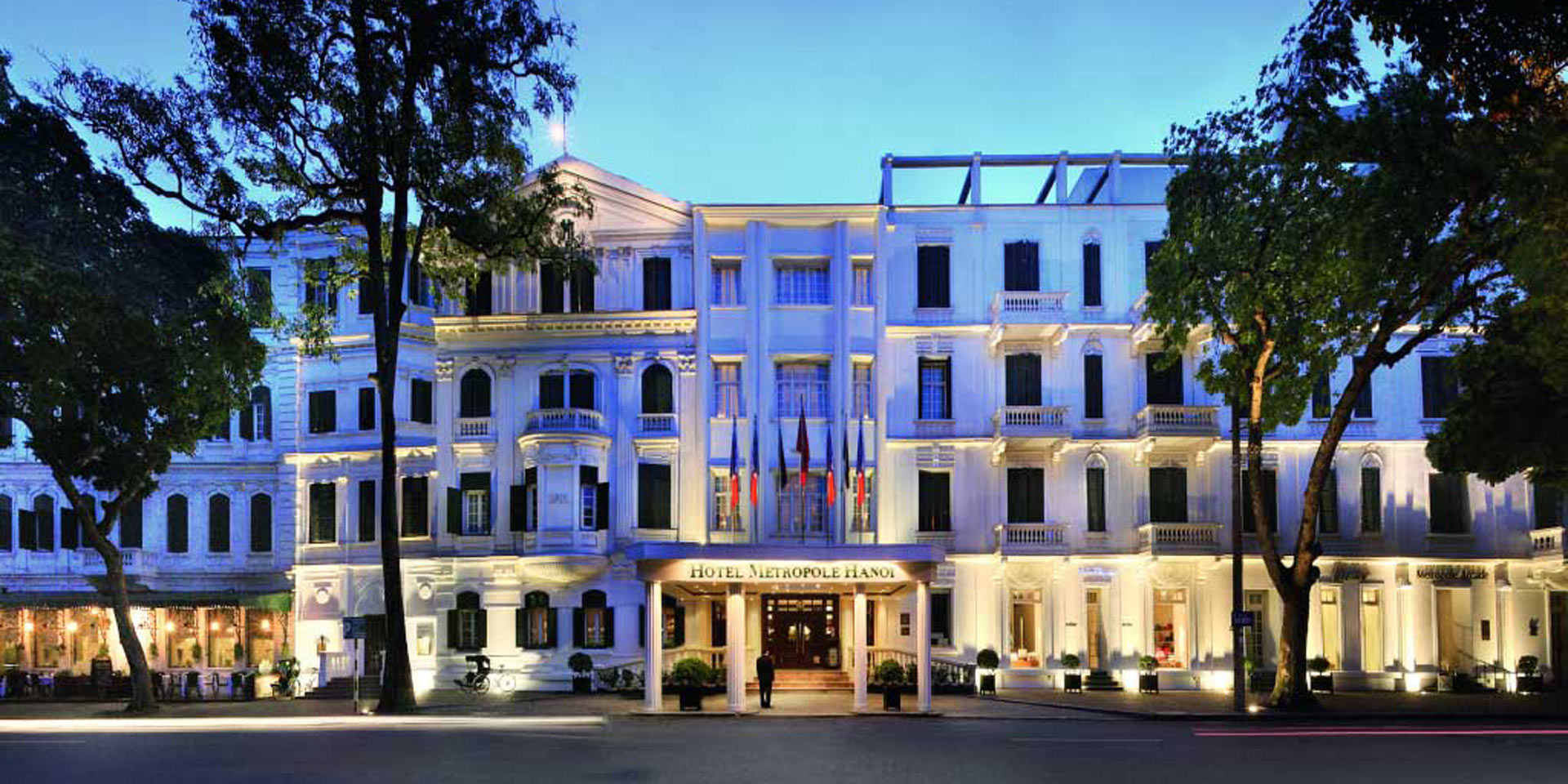 Southeast Asia has a long and colorful colonial past, having been conquered by the French, Dutch, Spanish, Portuguese, and more at various times. Colonial rule’s effects on the countries is a hotly-debated topic, but one thing that can’t be denied is the beauty of the architectural legacy left behind by the rulers. With their thick, pillared designs, intricate details, and soaring domed ceilings, some of these stunning structures welcome guests to stay the night within their walls. We’ve rounded up our picks of the most exquisite colonial hotels in Southeast Asia for you, including Raffles in Singapore; Amansara in Siem Reap, Cambodia;the Metropole in Hanoi, Vietnam; Governor’s Residence in Yangon, Myanmar; and Carcosa Seri Negara in Kuala Lumpur, Malaysia: all incredible hotels, and destinations in their own right.

Having first opened its doors in 1887, Raffles Singapore has grown to become the ultimate destination hotel. Guests will be taken aback by the elegance and grandeur that transports them back to a time when the West first began its love affair with the Far East. White marble colonnades, wrought-iron porticos, polished teak verandahs, and rich period furnishings are among the vintage touches that make this hotel truly special.

The hotel was first opened by two Armenian brothers in 1887, who transformed it into an iconic symbol of Singapore. The hotel’s name was derived from Stamford Raffles, who founded modern Singapore. Back then, the hotel’s forward-thinking policy, allowing guests of all races, garnered it somewhat controversial attention. The hotel suffered during the Great Depression, and became a public company. It’s rumored that when the Japanese occupied Singapore during WWII, guests in the Raffles Hotels were found doing one final Waltz; a haunting image. The building was used during the war by the Japanese, as both an inn and a transit camp for prisoners of war. Many decades later, the hotel was named a historical monument by the Singapore government, and was renovated to its original splendor in the early 90s. It remains to this day one of Singapore’s greatest monuments.

The Amansara resort does not boast a particularly long history, but it does boast one that is complex and fascinating. Originally built by a French architect, the resort was commissioned by the revered King Sihanouk in the 1960s to serve as the royal guest villa for those unable to stay in the royal residences. In 1965, the guesthouse was handed over to Cambodia’s Ministry of Tourism, and converted into an exclusive four-suite hotel. When the Khmer Rouge came to power in 1975, the hotel was closed down, and later occupied by the military. Changing hands again, it was reopened in 1992 as Villa Apsara, featuring 12 suites. Amanresorts acquired the property in 2002, and began a huge reconstruction project with the help of old photographs to ensure they stuck to the original design. When it re-opened once again in 2006, the resort featured 12 new pool suites, and a new lap pool and spa. The sprawling structure now features welcoming 24 suites that have maintained their original luxury guest house charm, blending 19th and 20th century French colonial architecture with Lao traditions of ages gone by.

Neighbor to Hanoi’s Old Quarter, steps away from the opera house, the Metropole Legend has been standing since the turn of the 20th century. This French colonial building boasts a rich history, having seen all kinds of legendary figures, from political to celebrity, walk through its grand doors. Thus fittingly, it was the first venue in Indo-China to show a motion-picture. Colonial charms like a classical white facade, wrought iron detailing, a rooftop garden, and wooden panelling help make this hotel the “legend” it is. On top of all this, a bunker, dating back to the Vietnamese War, was discovered in 2011. There had been rumors of it for years, immortalized as it was by the Joan Baez album, Where Are You Now, My Son?, which the singer recorded at the hotel during wartime, but it took some incredible excavation efforts by the hotel before it was found.

Step inside a true piece of history, a legendary Myanmar structure. As the name implies, the building was once the teak mansion serving as the official home to governors of the British Crown Colony of Burma, and has since been converted into an iconic hotel. The structure was designed by a British architect in the late 19th century. It’s now owned and operated by the luxury brand Orient Express. Among its remaining colonial charms is a grand staircase, colossal king-sized beds, and rattan furnishings. The hotel continues to draw high-profile guests, including a slew of foreign dignitaries, to spend the night.

Another hotel with a long, complex and fascinating history is Carcosa Seri Negara, also known as “the house on the hill,” having housed anyone and everyone of importance throughout the start of the 20th century. Constructed by the first Resident-General of the Federated Malay States, and subsequently home to all highest British Representatives to the Malay States until 1941’s Japanese invasion, followed by its eventual return to the Malaysian government, the hotel has long been at the center of dramatic change. The secrets these walls must hold…

The hotel, formerly an Amanresorts property, is now a UNESCO World Heritage Site, and presents colonial features like a Drawing Room, delicately-manicured gardens, and Stately Suites with butler service.