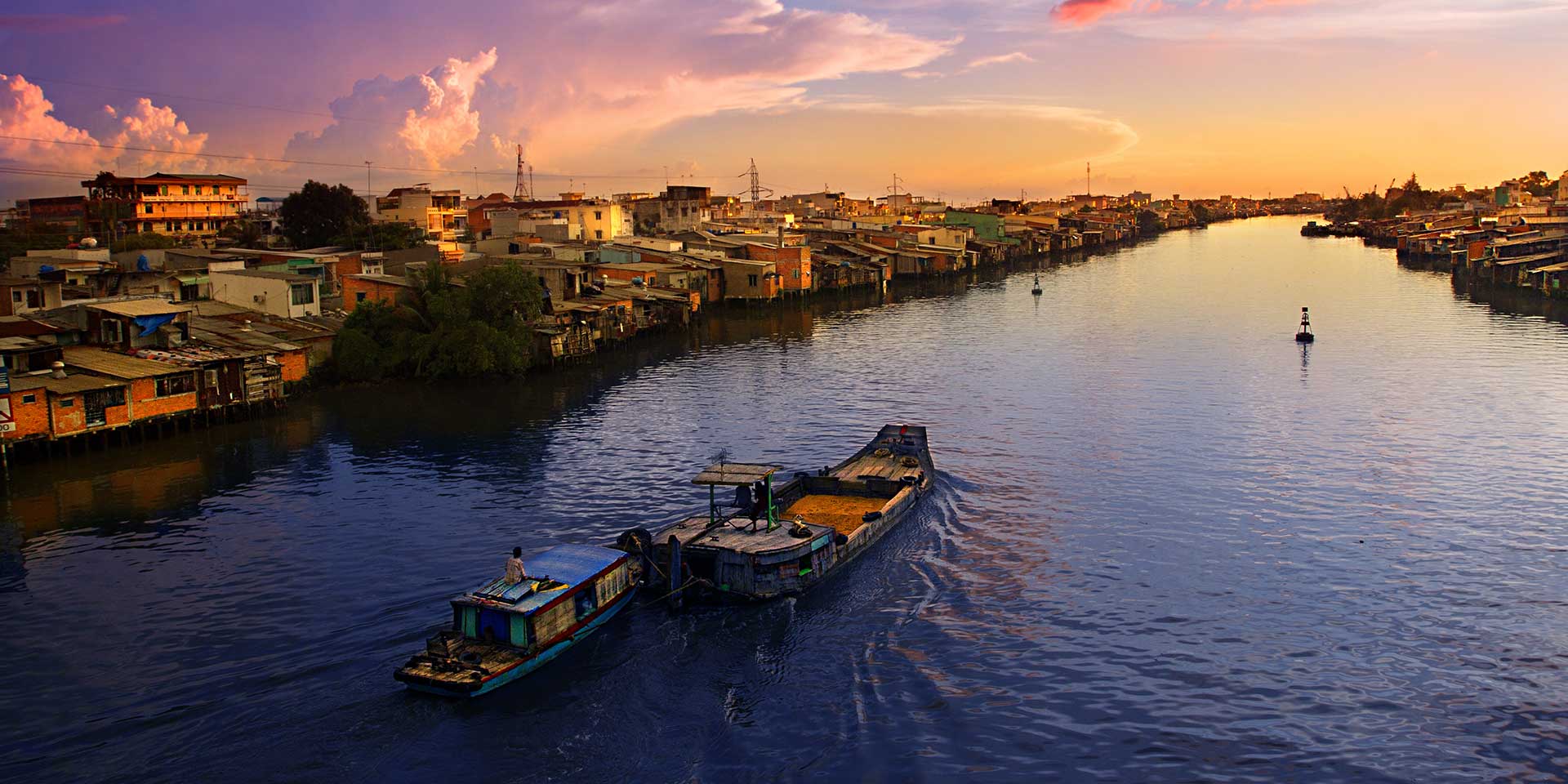 Carved over centuries, Asia’s mystical winding rivers have – quite literally – brought the region to life. Not only has the irrigation allowed for agriculture to flourish and while providing hydration for millions, but they are also a mighty sight to behold, attracting visitors from the world over who wish to spend a few days meandering down their watery ways. Here, we present you with Asia’s most majestic ancient rivers, from the Ganges – the most sacred Hindu river, to the Mekong – running through six countries, to the Yangze – Asia’s longest river, to the Chao Phraya – which gave Bangkok its name as Venice of the East, to the Kerala backwaters – a series of romantic labyrinth of lakes and lagoons spanning over 560 miles in southwest India.

The highly-revered Ganges river, measuring 1,569 miles in length, is used by Hindu pilgrims to purify their bodies and souls as they worship the water goddess, Ganga, for whom it is named. It is a lifeline to the millions of Indians who live along – or near – its banks. While the waters of the Ganges were clean enough to drink less than a century ago, nowadays, this river is unfortunately quite polluted. Still, despite its muddy color, it remains a great symbol of life and vitality for most Indians, and there is nothing quite like seeing people having come from all over the country for a ritual cleansing during the Kumbh Mela Festival, or cruising down its waters on a luxury boat charter.

An immense force and presence in Southeast Asia, the Mekong traverses the borders of six different countries (seven if you count Tibet), from the Tibetan Plateau, through China’s Yunnan province, Burma (Myanmar), Laos, Thailand, Cambodia and ending in Vietnam at the Mekong Delta. As such, it is little surprise that this river was and is a major trade route, linking these countries to China and one another. Extreme seasonal variations in flow make navigation difficult, but there are many calm and stunning sections of the Mekong that simply cannot be missed.

At nearly 4,000 miles, the Yangtze River is Asia’s longest, not only carving through a huge chunk of China, but also having been an integral part of the country’s history and culture. Indeed, its river basin is home to one-third of China’s populace. In addition to its contribution to China’s past, present, and future, the areas through which it flows are absolutely stunning. Time spent along the Yangtze River is time spent in sheer inspiration.

Also known as the River of Kings, Bangkok’s main waterway enabled the city – and indeed Thailand – to become the economic power it is today. Once a major trading port in Southeast Asia, the Chao Phraya may be quite murky, but its rich history endows it with a romantic aura that has inspired a slew of luxury hotels and restaurants to set up shop along its banks. The canals that were dug upon the founding of modern Bangkok not only irrigated the city, but provided a vast transportation system that was – in its heyday – the city’s main thoroughfare, endowing Bangkok with the moniker “Venice of the East”.

In the Indian state of Kerala, there is a network of interconnected canals, rivers, lakes and inlets that make up a labyrinth known as the Kerala backwaters upon which are transported everything from cargo to what are known as “backwater tourists”. A famous and historic way to explore these tranquil waters is by a kettuvallam, traditional wooden houseboats native to the area, built without a single nail.