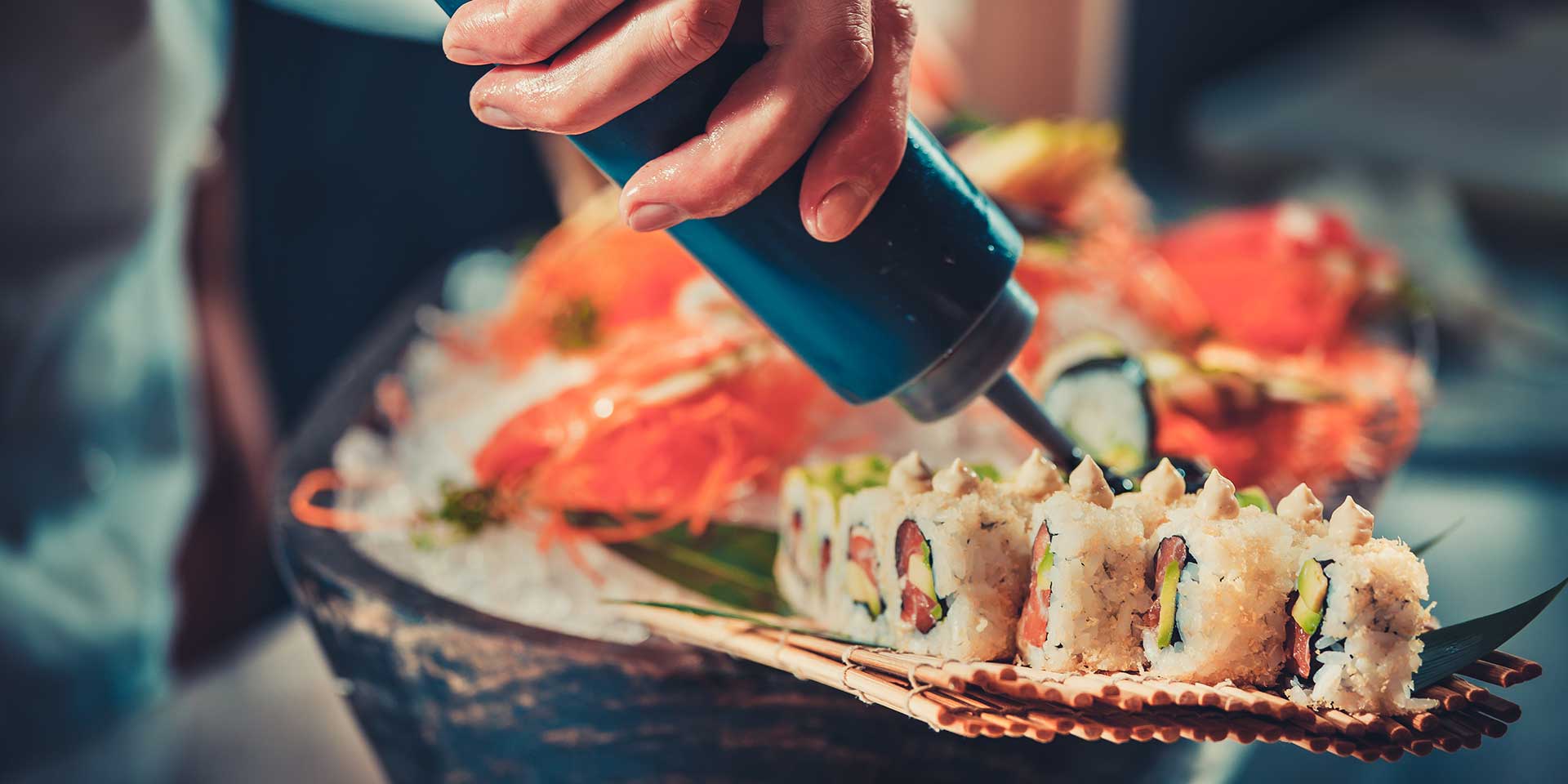 It’s no secret that Asia is home to some of the world’s best cuisine, but it is also home to some of the finest restaurants. With world-class chefs flocking to the culinary capitals of Asia from around the globe, the number of Michelin-starred restaurants in the region continues to grow, serving up traditional delicacies with only the freshest ingredients.

We’ve rounded up some of the best fine dining experiences you can have in five of Asia’s biggest cities, where restaurants are just waiting to delight you with mouthwatering cuisine, impeccable design and personalised flair. For sophisticated, sleek style and perhaps a view and a glass of bubbly to match, look no further than these five cities and their top luxury restaurants…

In the bustling, glittering cosmopolitan city of Singapore, there is no shortage of fine dining options that suit both the business and tourist crowds. Often considered the food capital of Asia, Singapore is home to many Michelin-starred, gourmet restaurants, as world-renowned chefs including Joël Robuchon, Mario Batal and Tetsuya Wakuda have made their mark on the island.

An international hotspot, Singapore’s cuisine blends Chinese, Malaysian, Indian and Indonesian influences, serving up local specialties such as chicken curry, hokkien mee and laksa as well as other Asian and western dishes. Some restaurants to check out include The Clifford Pier, a grand restaurant with floor-to-ceiling windows in the Fullerton Bay Hotel; Iggy’s, the brainchild of Chef Akmal Anuar, in the Hilton Hotel; and Gunther’s, a French restaurant created by Belgian chef Gunther Hubrechson.

With over 25 Michelin star restaurants in the city, the food scene in Hong Kong has exploded in the best way possible, as celebrity chefs have opened up to-die-for eateries blending the best local and international cuisine.

From melt-in-your-mouth rice noodles, to succulent barbecue meat, to the best dim sum you’ll ever have, the cuisine in Hong Kong is worth a visit to the city alone. For that fine dining experience, check out Mott 32, a Guangdong-style Chinese restaurant in the center of Hong Kong, from Michelin Chef Fung, or the Hong Kong outpost of L’atelier de Joël Robuchon, which offers a unique and delectable twist on French cuisine. And you can’t leave the city without tasting the dim sum at Tim Ho Wan, famous for being the world’s most affordable Michelin-starred restaurant.

Welcome to the land of pad Thai and green curry, where street carts offer up succulent dishes but fine dining truly shines. Many of the city’s best restaurants are housed in luxury hotels, their design mirroring the opulence of places like the Grand Palace and their food as awe-inspiring as any Thai island vista.

One must-try restaurant in the city is Gaggan, an Indian molecular restaurant recently named the best restaurant in Asia. For other truly unique experiences, try out Bo Lan for traditional Thai food with European flair and presentation; Elements on the 25th floor of the Okura Prestige Hotel for views into an open kitchen and view out onto the city; and Nahm, for award-winning cuisine and a pre-designed set menu option highlighting the best combinations.

Traditional Chinese cuisine with an ultra-luxe flair, fine dining in Shanghai is at the epicenter of China’s explosion onto the world scene. As outposts of Michelin-star restaurants have popped up all over the city, so have homegrown fine-dining restaurants, and it’s not only the dishes that are impressive – it’s the overall experience.

For one of the most exciting and unique experiences in the city, try to nab one of the 10 seats available per night at Ultraviolet, where French chef Paul Pairet, the man also behind the widely-acclaimed fine dining hotspot Mr. and Mrs. Bund, offers a 20-course tasting menu complete with a choreographed show. Another first-rate spot is Fu 1088, where classic Chinese dishes are served with a contemporary twist, all within the confines of an intricate 1920s villa.

There’s a lot more to the Japanese food scene than sushi, but the incredible fine dining outlets of this ultra-efficient city can also serve up an Unagi roll in the most delectable and delicate way. With one of the highest concentrations of Michelin-star restaurants in the world, Tokyo’s fine-dining scene is one for the ages, with impeccable service matching the high-quality standards of the rest of the city.

Gaze over the glimmering skyline from one of the best restaurants, Kozue: located on the 40th floor of the Park Hyatt, Kozue serves up only the best shabu-shabu meat and other seasonal delicacies as well as spectacular views of Mt. Fuji. Other hotspots include Narisawa, a fine-dining restaurant by chef Yoshihiro Narisawa that gives a modern twist to French cuisine, and Tofuya Ukai, where multiple courses – focusing on tofu – are brought to patrons in their own private, garden-view dining room.