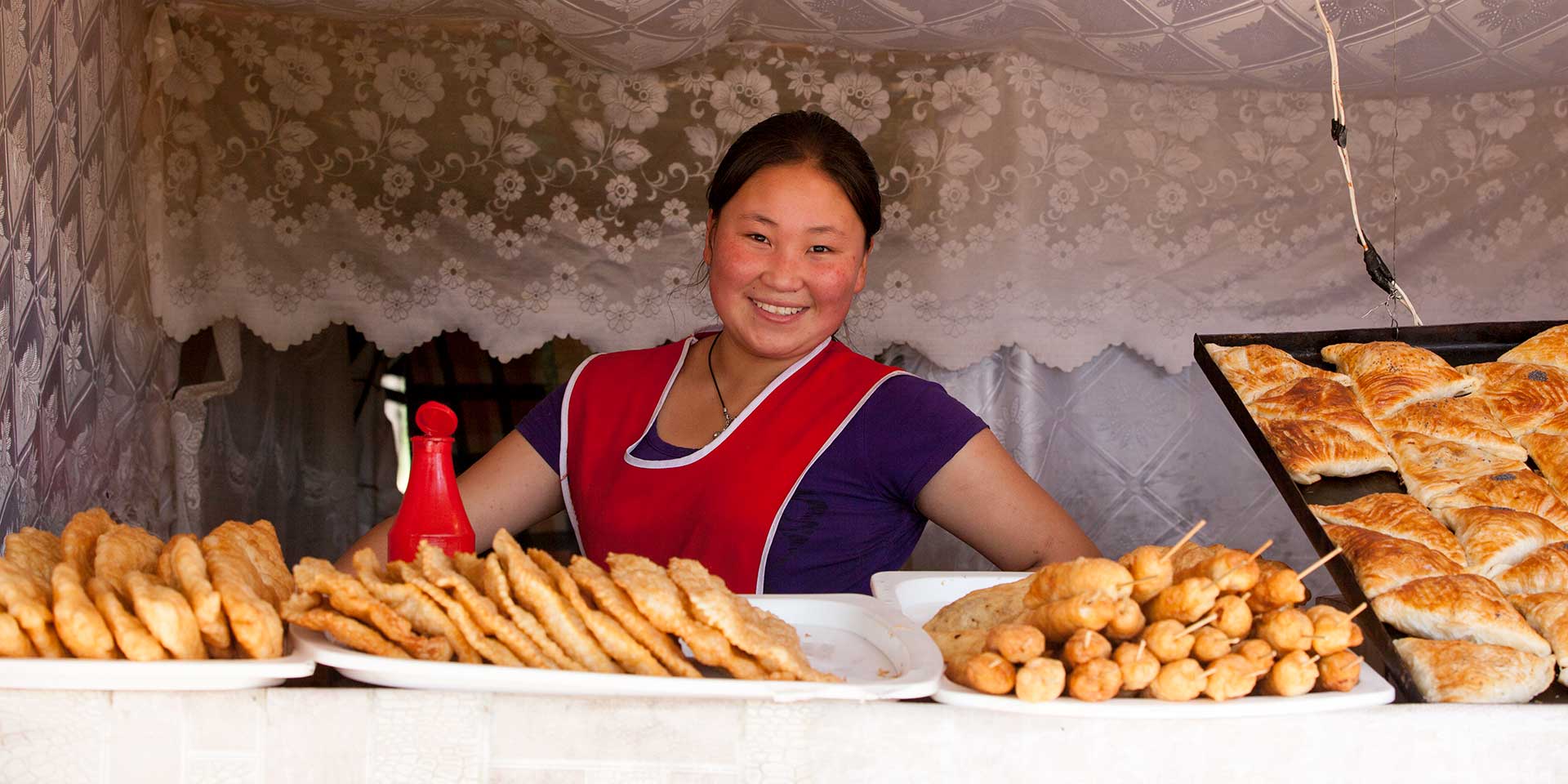 Having heard so much about Issyk Kul lake since my arrival in Kyrgyzstan, I was excited to check it out. It is, after all, one of the top resort destinations for not only Kyrgyz nationals, but also for people living in other ex-Soviet nations.

We had set off from our base in Kochkor, where we had learned how the locals make the beautiful, intricate felt carpets for which they are famous. The three-hour drive took us through some stunning countryside. We eventually arrived in Cholpon Ata – the lake’s main tourist spot. The place was teeming with Russian and Kazakh tourists, who flock here during the summer months to enjoy some beachside fun.

Issyk Kul lake is the second-largest alpine lake in the world, after Lake Titicaca, while also being the 10th largest lake in the world. It sits at 1,600 meters above sea level, and measures 170 km long, 70 km wide and nearly 700 meters deep. The weather surrounding the lake tends to be quite lovely in the summer season, and though temperatures do dip significanty in the winter, the lake never freezes. The reason for this is its high salt content, which has also endowed it with its name, which translates to ‘hot lake’. The surrounding Tien Shan mountain range, which features some of the country’s highest snowcapped peaks (reaching heights of 4000 meters), provides shelter for the lake, which has allowed for a unique biosphere to form. Rare animals inhabiting the area include the snow leopard, the cutter loader, and the wild boar, as well as rare and unique plants. This combination of rich, salty water and mountains give the lake two climates – both sea and mountain at the same time.

Adding to its intrigue is the fact that the lake was once used as a torpedo testing ground by the Soviets, making the region forbidden to foreigners for some time.

Armed with all this knowledge, I was looking forward to seeing the lake in all its glory. Upon our arrival, however, I found myself slightly disappointed to discover the lake to be far more touristy than I had anticipated. Ask any local Kyrgyz, and they’ll say that Issyk Kul lake is the best tourist spot in the country. Most Kazaks and Russians would agree. I would not – but once I was able to let go of my expectations, I was able to see that this was a fun, kitschy stop over on the way to Kyrgyzstan’s more distant locales, like Karakol.   And to be fair, there are many beautiful and secluded areas in the vicinity of this enormous lake and surrounding mountains.

Our first stop was Issyk Kul State Museum – an open-air gallery of petroglyphs dating back nearly 3,000 years. Here we were greeted by an enormous field of rocks, flanked by a beautiful rainbow – truly an impressive sight! Despite the museum’s lack of organization, the sheer quantity of rocks was dumbfounding. The disorganization meant we had to hunt for the rocks with petroglyphs on them, as if in a treasure hunt, but we did find them eventually! We learned that these etchings of hunting scenes, wild animals, and people were created by a primitive culture about which no one knows very much. It was actually a really interesting place, but I did feel that it was a shame the government hadn’t put more effort in to better present it.

I lifted my gaze from the petroglyph museum and across the massive lake to see the majestic snowcapped Tien Shan mountains. It was at this point that I truly felt as if I were in Switzerland, rather than a Central Asian backwater, which is probably one of its biggest draws for the locals, many of whom have never left their country.

We checked in to our hotel, the 3 Crowns. Our fellow guests were mostly Kyrgyz locals, Kazaks, and Russians, and the place felt more like a condo than a hotel. It had all the comforts one requires when traveling – hot water, WiFi, a TV and private bath, but in a very 3 star way. It was a rather uninteresting place to stay.

The one thing I will say about Issyk Kul lake is that it is truly beautiful. It seems to go on forever, its sheer size making it seem far more like a sea than a lake, and its calm, crystal-clear waters made it apparent to me why the tourists enjoy this place so much. We visited an area on the other side of the lake called Bos-Teri. It reminded me of Coney Island – full of tourists and kitsch attractions. The one thing one wouldn’t feel here is boredom, with a slew of activities like a ferris wheel, water slides, para-sailing, jet skiing, and paddle wheel boats. Adding to the American tourist trap feel were the corn dog stands. The sight of camels on the beach (another touristy addition), however, reminded me that I was far from my homeland. Bos-Teri felt like a sensory overload, and though I’m glad to have experienced it, I was also happy to leave.

We also stopped at a cultural center in the area called Rukh Ordo. This name literally translates to ‘spiritual center’, and with five temples dedicated to each of the world’s main religions, that’s exactly what it was. Quite contrary to the state museum we’d visited earlier in our trip, this spot was well-designed, organized, and beautifully-presented. However, it felt strangely out of place, and I found myself wondering what it was really doing at this lakeside destination.

On the way out, we spotted a man with his pet hawk. He looked at me expectantly, and I obligingly pulled on a leather glove and let the hawk latch to my arm…for a price, of course.

The next day, we circumnavigated the lake. It seemed to go on forever. We headed south, where the shores are far quieter than in the north, and enjoyed the tranquility and stunning mountain scenery, happy that the tourists in Cholpon Ata were behind us.

Overall, I have to say that Issyk Kul lake, and Cholpon Alta in particular,  was a touch too touristy for me. But if you don’t take it too seriously, and just enjoy it for the bustling lakeside hub that it is – complete with all the tourist kitsch one would expect from such a spot – it can be a fun stopover on the way to some of the areas’s more remote destinations. Plus, the lake itself is truly stunning.