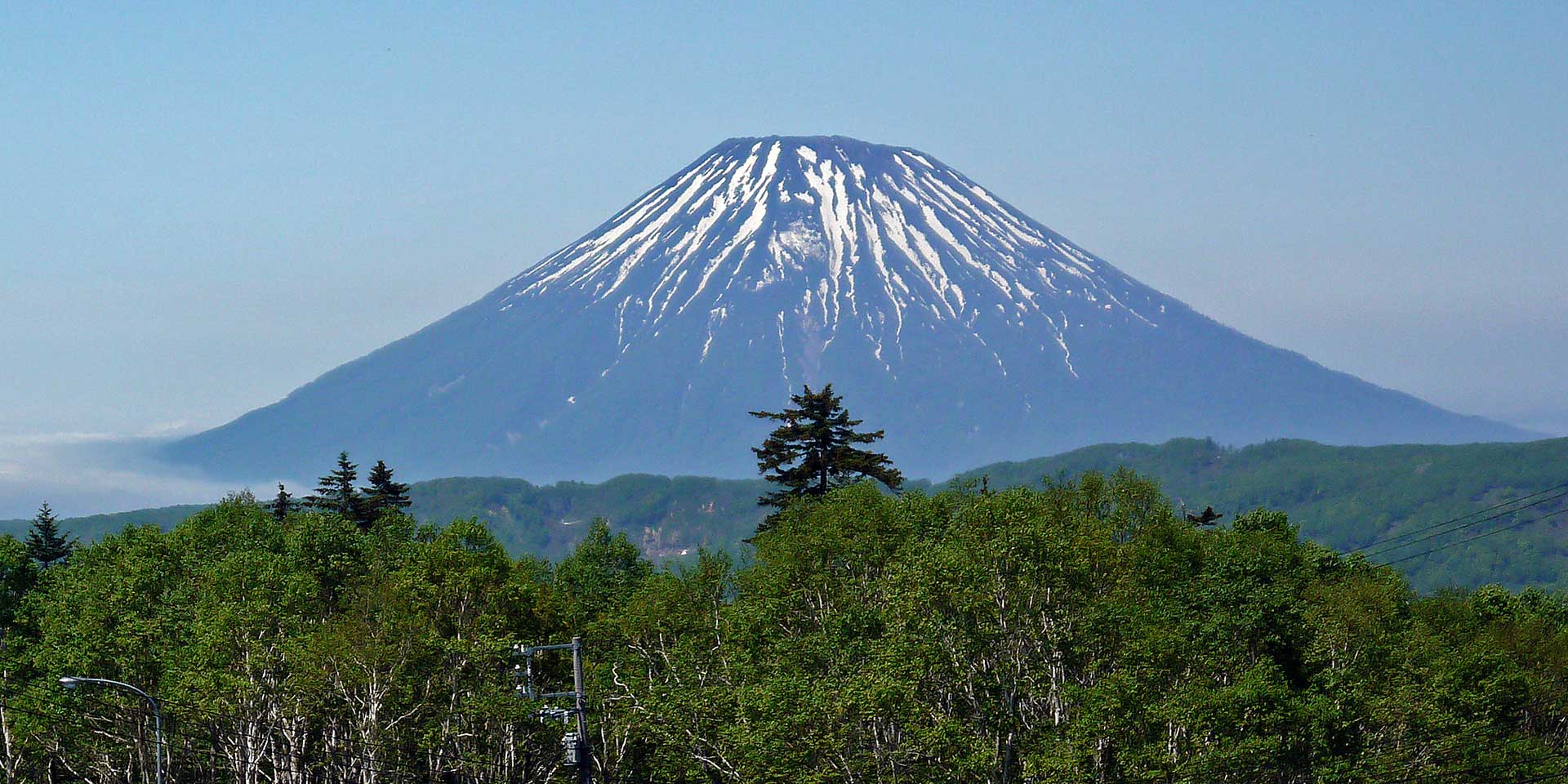 My favorite thing about my job is having the opportunity to visit places not often visited by other travelers, and reporting back about them on this site. For each article, I look for a theme to focus on – something that encapsulates the essence of my entire experience in a certain place.  In Hokkaido, I discovered not only pristine nature, but some of the best food that’s ever crossed my lips. And these two elements would be the theme for this journey.

Hokkaido is Japan’s second-largest island. Known as Ezochi in ancient times, the Samurai felt it was necessary to prepare Hokkaido for an invasion from Russia. And so began the region’s development. Today, though a Russian invasion is no longer a realistic fear, development continues in a positive direction. The groundwork for Hokkaido’s transformation into a modern paradise can be found in the genius of Horace Capron, who was the Secretary of Agriculture under President Grant after the Civil War. Capron traveled to Japan upon the invitation of a Hokkaido visionary named Kuroda Kiyotaka, and oversaw the rise of Hokkaido’s population from 58,000 to 240,000 thousand. An agricultural college was founded and mine engineering knowledge was given to the Japanese. Capron was relieved on-site by another American agricultural and industrial guru named William S. Clark, whose motto, “Boys be ambitious!” is still to be found on Hokkaido’s public buildings today. Hokkaido remained in American hearts through 1945, when it emerged relatively intact after the Allied bombings, while the rest of Japan lay in ruins, from Tokyo to Hiroshima to Nagasaki to Okinawa to Iwo Jima and points beyond.

From such humble beginnings, Hokkaido has risen, survived and endured. Today, it remains a Japanese destination most don’t get a chance to see – Japan’s “Alaska.” The least “Japanese” part of Japan, Hokkaido has something unique to offer, and when you do touch on its culture, it is wonderful.

And the food – oh the food. In Hokkaido, I enjoyed what was probably the best culinary experience of my life (and given that my fortunate position requires me to sample cuisine from all over the world, that’s saying a lot). The beef was otherworldly – tender and perfectly-cooked, each bite a true delight.

I arrived at the Mizu-no-uta Tsuruga Resort & Spa in the late afternoon, after a 90-minute drive from Sapporo. The Mizu-no-uta is a “hybrid” ryokan and boasts comfortable, stylish interiors. My room was fairly large (especially for Japan, where some of the rooms are veru small) and had a lovely view of Lake Shikotsu, along with a small private onsen.

A few hours later, our group gathered in the lobby to attend a presentation and dinner with the hotel DOS, GM, local mayor and other key tourism figures. The food was outstanding – made with what was clearly the freshest ingredients, and this would become a theme for the entire trip.

The following morning we were up early, for what was to become one of the most activity-packed days of my life…

We began by driving about fifteen minutes to Lake Shikotsu for some horseback riding. I’m no expert, but I was impressed by the quality of the horses. We rode for approximately an hour and a half, winding our way through trails near the lake and along the roadside. The experience would have been better if we’d had more time go deeper into the woods – instead, this was just a small taster of the full experience.

Next we took to the lake for some canoeing. As I dipped my oar into the calm water, I was surprised by how clean and clear the water was on Lake Shikotsu — you could see about twenty meters down. How many lakes have you seen that can make the same claim?

Our next adventure would be on two wheels – mountain biking on hilly, but not overly-challenging terrain. The scenery was beautiful and truly pristine, and I felt sure that avid mountain bikers would get a kick out of this excursion.

Around lunch time, we all met on the beach for a big barbecue, hosted by the Hokkaido Barbecue College (yes, they actually have a college for this in Japan!). Again, the highlight of the event was the beef. In less than twenty-four hours, I had now tasted the best beef of my life – twice.

To my great surprise, the activities continued. Next up was a very short fly fishing demonstration with a local master fisherman. The conditions were not ideal, mostly because it was already 2 p.m. (and fishing is best carried out, as most people know, in early morning and late afternoon) and we had to fish at a designated spot instead of where the fish happened to be at that particular time.  However, the river is full of salmon and other fish, making for a prosperous bounty no matter where and when you fish on the lake!

As evening approached, we boarded the “Cool Star Limousine,” a luxury van, for a two-hour ride to Sapporo. The vehicle was roomy and comfortable, feeling more like a small private jet than a van.

Our group was taken out for a private sushi dinner in the Susukino area of Sapporo. The dining here was once again absolutely delicious. After dinner, half of us ventured out into the town for some rather bizarre Japanese-style nightlife – we only lasted a little over an hour before turning on our heels and heading back to the hotel, calling it a night.

Another thing I came to appreciate here is that there are over twenty vineyards in Hokkaido. I was lucky to have the chance to participate in a wine tasting featuring many varieties of local wine. Some of their vintages were surprisingly good.

We checked out the following morning for the 2.5-hour ride to Niseko, where we stopped at the Windsor Hotel in Toya, the site of the G8 Summit in 2008. It is a large hotel with well-appointed rooms and fine dining restaurants. The hotel sits overlooking Lake Toya, a huge caldera lake, similar to Taal Lake in the Philippines. On a clear day, the view is breathtaking.

Still marveling at the lake views, we sat down to lunch at a French Michelin-starred restaurant named Maccarina with even more stunning views – this time of Mt. Yotei. We had another fantastic meal, and the local mayor joined us, telling us tales of the area’s famous asparagus. I have to admit, it was probably the best asparagus I’ve eaten in my life, and the locals were very proud of it.

Immediately after lunch, we changed into “dry-suits” to go white-water rafting in the 50-degree river. It was a really beautiful rafting trip, but at this particular time of year, the rapids were pretty mellow so it was an easy ride. The lack of white-water action didn’t, however, take away from the experience in this lovely, scenic, pristine area. The staff were friendly and helpful, and the equipment was of an extremely high standard. It was a truly special feeling being the only people floating down the river in this natural dream-like environment.

After rafting, we headed to our accommodation for the evening, a condominium owned by the Niseko Company. The Niseko Company was formed by a group of three Canadians that have been living in the area for the past 20 years. They build condos, sell them (mostly to foreign expats), and then manage rentals for the owners for most of the year. Their company boasts many condos of varying sizes, from two to six bedrooms.

The condo I stayed, named “Kasetsu,” was brand new, plush, and comfortable. Once dried off from our rafting trip, we attended a farewell party thrown in our honor at the condo. The mayor of Niseko was also in attendance, as well as a couple dozen other Hokkaido tourism-related people. Once again, there was outstanding food. It was a great time and the true highlight of the trip.

You would do well to consider Hokkaido as your next holiday destination. In particular, I would add that Niseko has the most to offer those who only have a few days to spend in the area. For avid skiers, Niseko’s powder is legendary, said to be the best in the world. The ski runs may not be as long as in the West, but the quality of the snow is far superior. Regardless of whether you’re into skiing or white-water rafting, make no mistake, Japan’s “Alaska” is a year-round destination, a natural playground waiting to be discovered and enjoyed by outdoor enthusiasts.