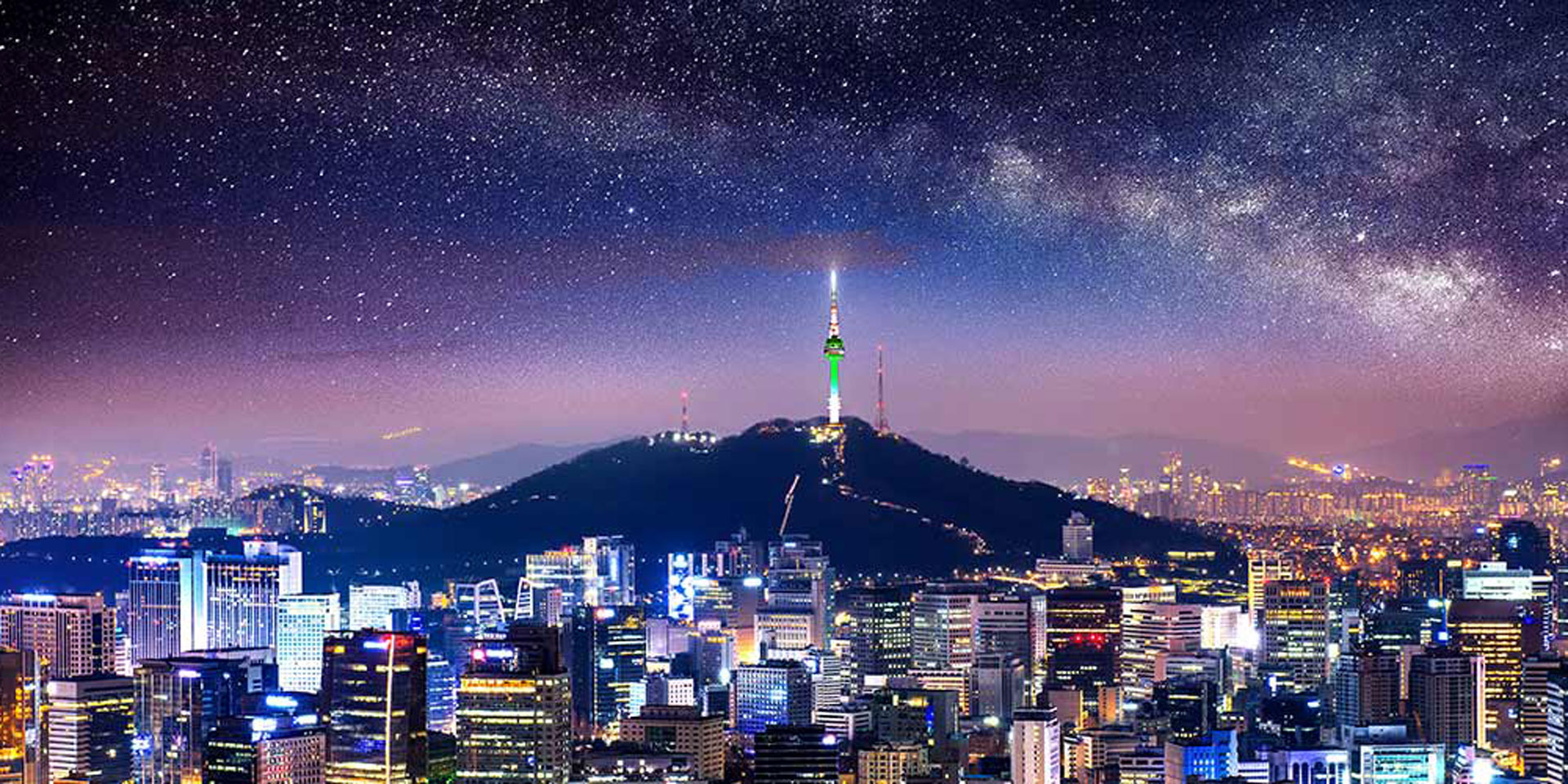 A fascinating land of ancient traditions, cutting-edge modernity and a chequered past, South Korea boasts a rich tapestry of culture and its LGBT history is no less interesting. Though very little mention of homosexuality is made in literature, there are numerous historic accounts of prominent Buddhist monks and kings professing their preferences for keeping male lovers. As well, many traveling theater groups recruited especially beautiful young men to perform homoerotic masked dances and songs. The real activism for the support of the LGBT community took hold in the 1990s with the formation of South Korea’s pioneering queer rights organizations, followed shortly by bars, magazines, film festivals and attempts at anti-discrimination legislation. Busan.

While living an openly gay lifestyle it is still socially somewhat taboo, with many opting to hide their sexual identity, the culture is changing. TV personality and restaurateur Hong Seok-chun is considered Korea’s first openly gay celebrity and is using his popularity to push the political agenda on acceptance, welfare and rights for sexual minorities. His stand, plus the popularity of famous transgender Ha Ri-su and the public wedding of movie director Kim Jho Kwang-soo and his partner Kim Seung-hwan, is a sign that society is changing.

Thanks to gorgeous natural scenery, fascinating culture, cosmopolitan cities with great shopping and a buzzing nightlife, not to mention world-class service and luxury travel opportunities, there has never been a better time to plan your LGBT-friendly trip to South Korea, whether you’re looking for an action-packed city-break or a sojourn to the beach.

Not only the largest and most densely populated and significant city in South Korea but also the world’s second largest metropolitan area, capital city Seoul is where the action is most vibrant. Set around the sinuous banks of the Han River and packed with art, culture, food and drink, complete with everything from UNESCO World Heritage Sites to the fastest broadband in the world, Seoul is a city where history meets the future and there is no shortage of fun to be found. Seoul is the center of South Korea’s LGBT scene and many of the gay bars and clubs are grouped around the lively Itaewon area, where most of the international visitors join the party. For a more “local” experience, the bars, karaoke joints and clubs around Jongno are worth checking out.

Art lovers should head to Samcheongdong-gil (Samcheongdong Walkway) to peruse the myriad of galleries lining the street, not to mention the many cafes and shops. Meanwhile, the three buildings of Leeum Samsung Museum of Art in Itaewon boast a huge collection of classic Korean art as well as modern and international works. Take in the wonder of 500-year-old Gyeongbok Palace with a historian: explore its beautiful grounds and get a taste for the local culture in the National Museum of Korea and the National Folk Museum which are housed within. Further culture can be soaked up at Myeongdong NANTA Theatre where the famously entertaining 90-minute performance involves lots of audience interaction. Enjoy some natural beauty with a stroll around Namsan Park where you will find the Seoul Tower, not to mention the opportunity to work out at the outdoor gym. Alternatively, get right out into the fresh air at nearby Bukhansan National Park and hike to the peak of Baekundae for stunning views.

A center for cutting-edge style, Seoul attracts fashionistas from all over the world. Find your favorite Korean and international high street brands in Myeongdong and head to Itaewon for custom tailored suits. Dongdaemun Market is the home of Korean labels and many small stores buy their wares wholesale here. For the authentic experience you can head to Namdaemun, the largest traditional street market in Korea. Stock up on gadgets at Yongsan Electronics Market, a huge two-story shopping mall.

The bar and club scene features a great range of nocturnal diversions for all tastes. Head to small and high-tech Why Not in Itaewon for performances of K-pop choreography and drag shows. For something a little more intimate, opt for cocktails at nearby Always Homme or Oz. Over in Jongno, the drinks are strong and the view of the area is pretty at A/V and the atmosphere laid back and fun at Maniac. For later-night dancing, nowhere is better for letting your hair down than at Itaewon’s infamous Le Queen, while Soho is smaller and has an outdoor patio. Head to the Gangnam neighborhood, though, for the best sound system in Korea. Gay-friendly Club Octagon sprawls over two floors and features its own indoor pool. Saunas, meanwhile, tend to stay open 24 hours and the Korean appetite for a party means things get rather wild, especially on weekends.

The cosmopolitan metropolis of Seoul has no shortage of five-star, world-class hotels. We recommend the Banyan Tree for its ideal location next to the park and near to buzzing Itaewon. This luxurious hotel boasts an excellent spa with a traditional Korean sauna and no less than 12 restaurants, not to mention indoor and outdoor pools, a driving range and an ice rink.

For a smaller, laid-back seaside vibe, head for the pretty port town of Busan, home to South Korea’s largest beach, the country’s plastic surgery industry and a chilled-out friendly gay scene. Spend a day (sight)-seeing and being seen at Haeundae Beach, where you can enjoy water sports or even charter a private yacht. Indulge and reinvigorate your body and mind in the bubbling waters of Dongnae Spa, Korea’s oldest natural hot spring. The most colorful nightlife is found in Beomil-dong in Busanjin District, where you can grab a drink at Banana Bar, sing your karaoke classics at Blue and dance the night away at Club Volt, the first gay nightclub in Busan.

Outside of the big cities, the LGBT scene is quieter, but the rest of the country is well worth exploring for its culture and beauty. In the southeast, explore the pleasure gardens and temples of historic Gyeongju and take a class in South Korea’s official sport, Tae Kwon Do. Gwangju, famed for its food, is a great place to sample the nation’s culinary delicacies, especially Kimchi.