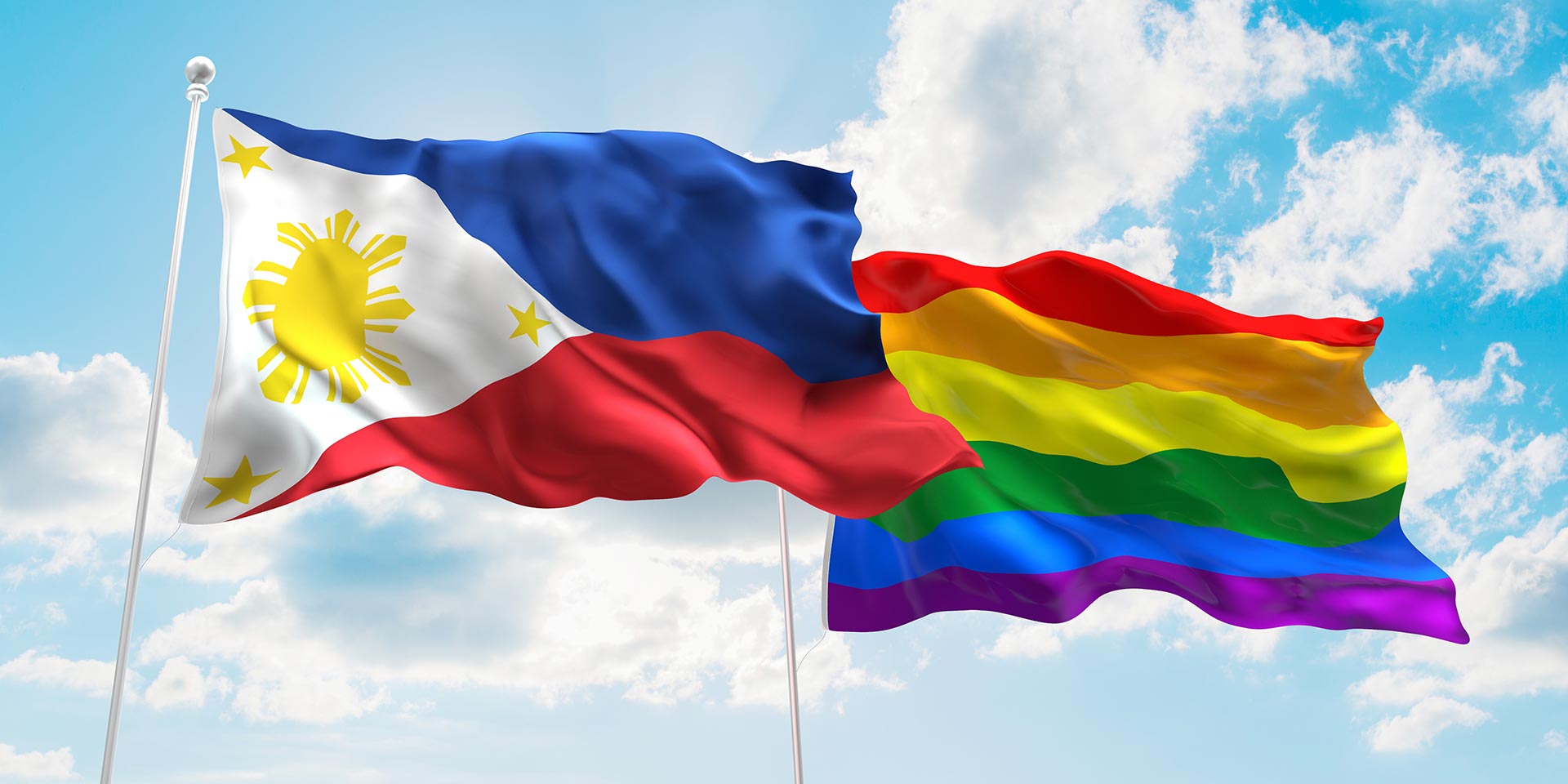 With a capital city that’s often named the gay capital of Asia thanks to its bustling bars, clubs and shopping destinations, not to mention a sprawl of beautiful islands with every type of terrain you could ask for, the Philippines is fast becoming a favored travel destination among the LGBT community.

Despite its official stance of disapproval, owing to the strong tradition of strict Roman Catholicism deeply ingrained in Filipino culture, the LGBT scene in the Philippines is tolerated and, in many enclaves, growing and thriving. The country’s reputation as gay-friendly arguably comes in part from the heavy cultural emphasis on service and hospitality. Discerning spenders of the pink pound are naturally attracted by the high quality facilities and amenities that tend to come as standard. What’s more, the Filipino tradition of celebration and festivals has permeated LGBT culture, and the resulting flamboyant fun is impossible to resist around the country.

Pride of the Pinoys

Manila, the Philippines’ buzzing capital city, and gateway to most of the country’s other destinations, has it all. Hit the shops in the glittering high rise malls of Makati and take a stroll along the boulevard by Manila Bay, where private yachts languish in the marina. Explore the historic walled city of Intramuros where you can take a horse-drawn carriage across the cobblestones and discover the Coconut Palace in Pasay, commissioned by First Lady Imelda Marcos and built from beautiful hardwood and coconut shells.

LGBT scenes are popping up all over the city, especially in the Ortigas Center in Quezon City, headquarters of the Pink Film Festival and the new home of O Bar and BED nightclub, two of Manila’s most famous gay institutions. Most established, though, is the intersection of Maria Orosa Street and Julio Street in Malate, a district which, while undergoing gentrification, is still the spiritual home of the city’s LGBT community with favorites including Che’lu Bar and The Library comedy club. Since 26 June 1994, when it was host to Asia’s first ever gay pride march, Manila has been something of a pilgrimage for paraders and now, every December, thousands converge for a huge, joyful street party. In addition and more recently, Malate has become home to The White Party, a massive, stylish cocktail party for pride, as well as the Halloween Black Party with its extravagant costumes, drag shows and flamboyant fashion shows. Stay in the city center and you’ll enjoy access to all the action as well as world-class service; we recommend the elegant Peninsula, the Shangri-La or Raffles Hotel in Makati.

Beyond the capital, vacation destinations are increasingly LGBT-friendly. Quaint, charming Baguio on the northern tip of Luzon is an ideal escape from the hustle and bustle of modern life. Surrounded by pine forests and cultural treasures, there are a number of gay bars for sizzling nights in the city, interspersed with days spent horseriding and golfing at Camp John Hay, whose gorgeous Manor enjoys stunning views of the Cordillera mountain range. Head into the countryside for strawberry picking and, if you’re around in February, don’t miss the colorful and fragrant annual flower festival.

Seaside in the city

The colonial coastal city of Cebu is packed with history and culture but offers a more laid back alternative to the madness of Manila. It’s home to Asia’s first “rainbow lane” – a painted pedestrian street promoting LGBT pride – and it’s especially progressive in working towards anti-discrimination legislation. Explore the old town with its Spanish forts and churches and sample the local delicacies at Colon’s produce market. Take a luxurious boat trip, hopping from island to island in the surrounding waters, and stay at Shangri-La Mactan, not least for its fabulous Chi Spa.

Beautiful, remote Palawan boasts some of the finest diving destinations in the world, with turquoise waters and deep blue lagoons where exotic sealife abounds and dramatic wrecks lurk in the depths. Overlooked by limestone karsts and craggy cliffs, the gorgeous beaches are also home to excellent hikes and caving opportunities, making the destination perfect for adventure-lovers and explorers. Puerto Princesa is home to most of the island’s LGBT nightlife hotspots, not to mention the Subterranean River – now a UNESCO world heritage site. For the chance to relax, El Nido’s stunning Bacuit Bay is home to a luxury, lesbian-owned boat tour that takes in the beautiful scenery; as well, Flower Island, off Tay-Tay, is home to the gay-friendly Flower Island Resort, a tropical paradise surrounded by coral reefs.

Perhaps the most loved Filipino holiday destination among the LGBT community, though, is Boracay, favored thanks to its pristine white beaches, excellent watersports, luxury resorts and hot nightlife. Spend your days sailing out to sand bars in the middle of warm waters, kite-boarding or learning to make a splash at the Philippine Mermaid Swimming Academy, and enjoy your nights indulging in cocktails on the sand, singing karaoke or dancing until dawn. The gorgeous beachfront Shangri-La on White Sand beach is gay-friendly and the service is impeccable. Mandala Spa and Villas, meanwhile, deserves an honorable mention for its Rainbow Package for LGBT couples. Guests can indulge with couples’ massages in the spa or take classes in yoga, jazz dance and pole dancing.