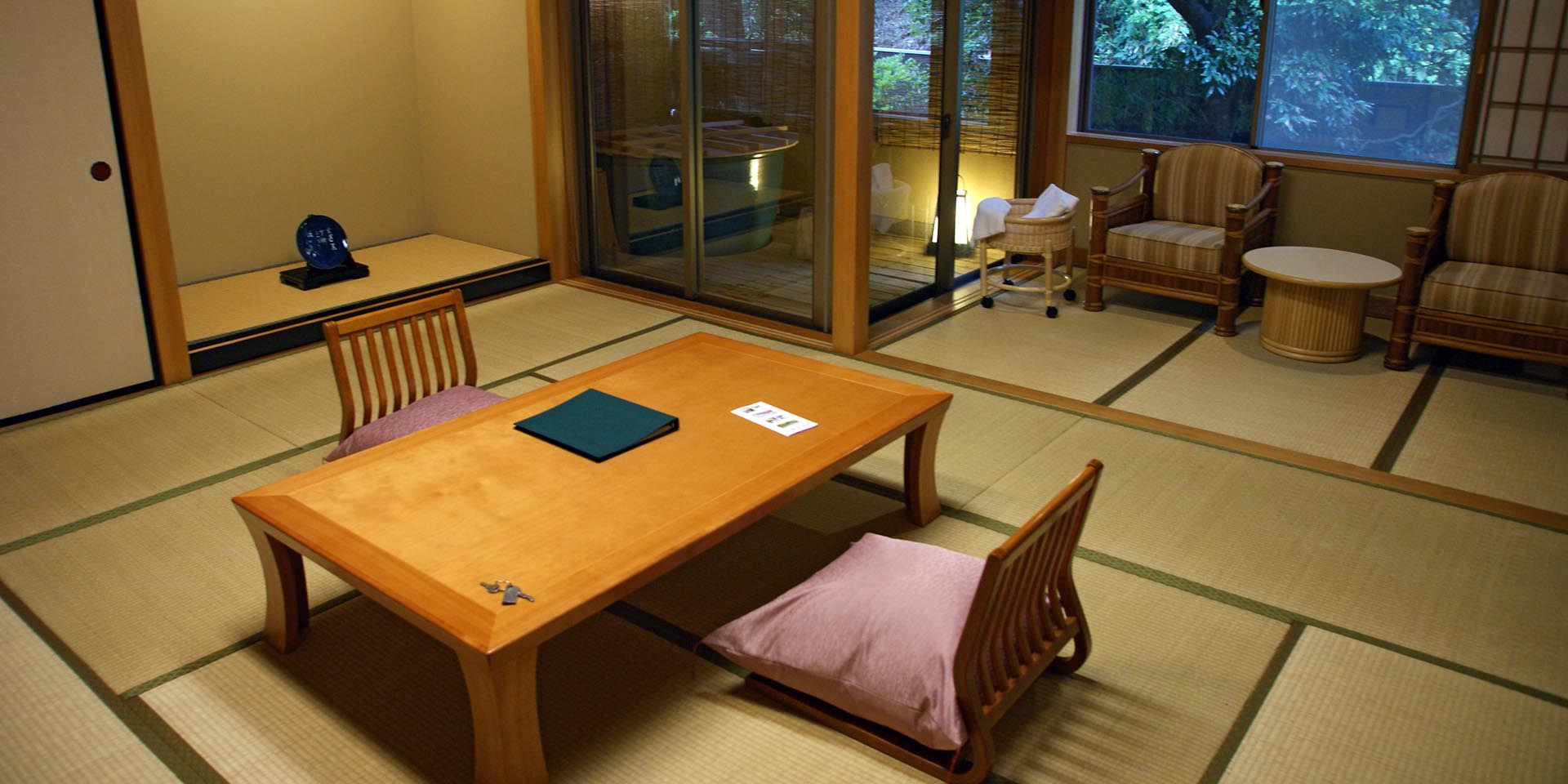 To properly sample the traditional Japanese way of life, there are two experiences that I would encourage all visitors to try. The first would be to stay at a traditional Japanese Inn, known as a Ryokan, and secondly to pay a visit to a Japanese Hot Spring, which is called an Onsen. In Ishikawa Prefecture there are numerous stunning locations where you can experience both. Ryokans can range from the very simple to the incredibly luxurious, and all of them afford the visitor a truly authentic experience of traditional Japan.

Approximately one hour south of Kanazawa is an area known as Kaga, which is home to a number of small towns renowned for their hot springs and incredible scenery. The pleasant drive to Kaga affords the traveller a glimpse of the imposing Mount Hakusan, which is considered one of the three sacred mountains of Japan, along with Mount Fuji and Mount Tateyama. The people of southern Ishikawa are particularly thankful to Mount Hakusan, as it protects the region from some of the more challenging weather conditions associated with Japan, such as typhoons. This benefit is strongly felt in two small hot spring towns called Yamashiro and Yamanaka, home to some of the premier Ryokans in Japan. The quality of the establishments to be found here is befitting for towns with such charm, and they attract tourists and city dwellers year round, who look to escape to the countryside for a few days of peace, tranquility and relaxation.

In Yamashiro the two that set the standard are Araya Totoan, and the more contemporary Beniya Mukayu. Both are about as far away from the humble inn as you can imagine, and whilst remaining faithful to the traditional Japanese style, they offer facilities and services comparable to any 5 star hotel. Rooms here are tatami style, which refers to the woven bamboo mats found on floors of homes throughout Japan. The number of mats it takes to cover the floor determines the size of a room, and a tatami style hotel room will more often than not mean a Japanese style of bed, whereby futon mattresses are laid out on the floor each night. Although daunting for first time visitors, this way of sleeping is incredibly comfortable, and also a great way to utilize space, as the bed is folded up and stored away each night. This is something that most New York apartments could benefit from. Some Ryokans, including Beniya Mukayu, also offer a limited number of western style beds, just for those who aren’t sold on the idea of sleeping on the floor.

It was to the picturesque town of Yamanaka however where I headed to spend the night. The town is built around the breathtaking Kakusenkei Gorge, and nestled in the corner one will find Kayotei Ryokan, an award winning establishment which is famous for its food just as much as its stunning interior and impeccable hospitality. Kayotei typifies the spirit of Ishikawa, in so much as it promotes local artisans, food and culture. Many of the incredible pieces of furniture and artwork that are on display at Kayotei are made by local designers, who have either lived in Yamanka their whole lives, or who have moved here from larger cities, inspired by the natural beauty and calming way of life.

Kayotei can also lay claim to having one of the most breathtaking views from their onsen, and it was here where I was to have my first experience, something I had been looking forward to for the whole trip. Allow me to explain about the onsen etiquette. Rest assured that the baths are always segregated by gender, and this is illustrated by the color of the curtain at the entrance to the changing rooms. Often times the curtains will be switched over each day, so it’s important to always pay attention before striding in. The changing room is where you leave your inhibitions, as well as your clothes, behind. Yes, at an onsen the dress wear of choice is the birthday suit. As daunting as it may be to enter a public bath with nothing but a towel no larger than a washcloth, this is a quintessentially Japanese experience, and it’s immediately obvious that nobody is the slightest bit interested in looking at you. This is especially true at Kayotei, where the gaze of everyone is fixed on the incredible view of the gorge laid out in front of them. Before joining your companions in the hot spring, it is protocol to wash oneself thoroughly at one of the shower stands, only then can you make your way into the water, submerge yourself, and balance your tiny washcloth on top of your head. Kayotei also benefits from having a private outdoor onsen, for those with a little more modesty. If the view from indoors is impressive, then the scenery from the outside hot spring is nothing short of magical, whether bathing in the daylight, or under the thousands of stars illuminating the clear night sky. The experience was everything I had hoped it would be, and after a delightful kaiseki dinner I retired to my tatami room and futon bed more relaxed than I have felt in years.

Before leaving Yamanaka behind, I went on a short tour of the town to visit some of the local artists and craftsmen, whose work is so prominently promoted by Kayotei. These included a wood turner, whose bowls, boxes and trinkets are sold the world over; a young artist who relocated from Kyoto to make paper art using traditional Japanese methods that date back centuries; and a family who have been making some of the finest soy sauces for generations out of their home. It was fascinating to meet, interact and learn about these people, all of who take inspiration from the wondrous surroundings of Yamanaka and beyond.

It’s easy to enthuse and extol the virtues of the Kaga region, simply because the area is so special. When the Hokuriku Shinkansen (bullet train) commences operations on March 14th, people will be able to escape the frenetic pace of Tokyo and arrive in Kaga in only a few short hours. This area of Japan is about to become more accessible for all, and I’ve no doubt that everyone who visits will find it one of the most relaxing, peaceful and beautiful corners of the country. The only difficult decision will be picking which stunning Ryokan to stay in.