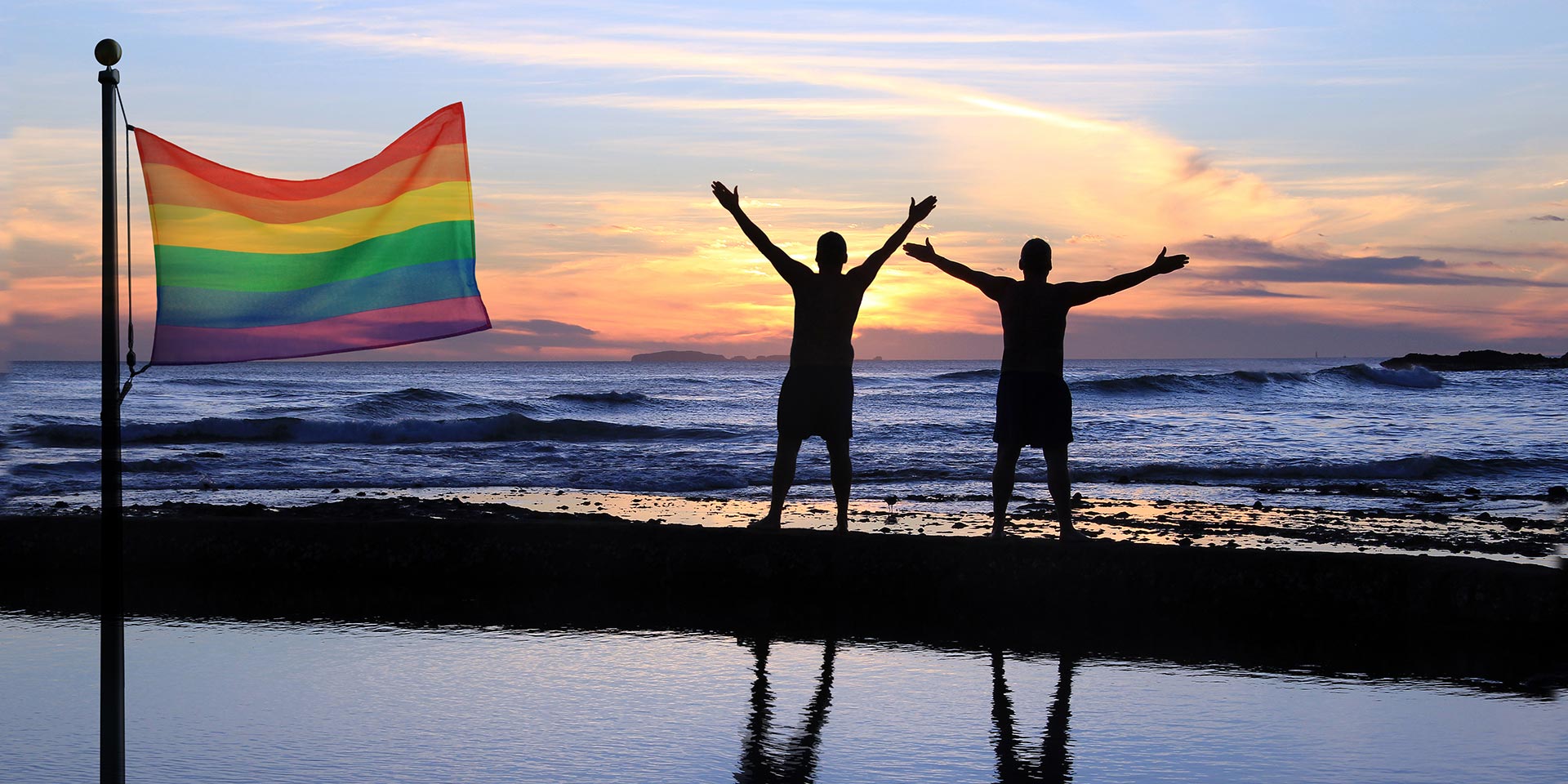 Asia’s combination of open-minded religions and warm, friendly people has long made it a favourite destination for gay travellers. As cities across the region begin to cater more widely to the gay market, the options available to the discerning gay visitor are greater than ever. Here is our pick of five spots across Asia where you can be sure of a warm welcome and a great time.

Perennially popular Bangkok boasts an established gay scene and, while hotels, restaurants, bars and clubs right across Thailand are welcoming of gay customers, much of Bangkok’s gay society is centered on fashionable Silom Road. The slew of visitor-friendly gay bars on Silom Soi 4 make the perfect spot for people watching, as crowds congregate for drinks on street-side terraces before the grand nighttime exodus to Bangkok’s largest and most famous gay club, DJ Station. A nightly drag performance introduces a playlist of pop remixes, as three floors of local and international revelers dance until dawn.

Designer Ashley Sutton – known for the Sukhumvit hangout Iron Fairies – is the brains behind Maggie Choo’s, Silom’s elaborately conceived vault of a bar-come-club modeled on a 1920s Shanghai speakeasy. Apparently named after a Shanghai cabaret owner, Maggie Choo’s hosts a gay night every Sunday, where the girls on swings are replaced by topless men in silk pants and turbans.

Just a stone’s throw from Silom’s gay epicenter, gay-owned Eat Me on Convent Road is now a long-stander on the Bangkok dining scene and yet manages to maintain an excellent reputation for its inventive menu of fusion dishes. After your meal, sip on an inventive cocktail – the Siam Daiquiri is loaded with lemongrass, ginger and kaffir lime – as you peruse the art that adorns the interior’s washed-out walls.

Elsewhere, while the curiously named WTF Bar & Gallery in Sukhumvit’s Thong Lor area attracts a distinctly mixed crowd, that includes a healthy dose of gay travelers pulled in by the mix of rotating art exhibitions on the upper floor and the blend of fusion food, craft beers and one-off imported spirits in the downstairs bar – where the atmosphere changes from cozy and intimate on midweek nights to an exciting vibe on Friday and Saturday evenings when the party spills out onto the sidewalk.

Cosmopolitan Bali boasts a friendly gay scene that, together with stunning landscapes and its infamous beaches, make it a hit with gay travelers. The Hindu-animist beliefs of the Balinese give for more tolerance than you might expect elsewhere in Indonesia; all the same, locals tend to be discreet given traditional family expectations.

Bali’s action is focused around Seminyak, and particularly on Jalan Camplung Tanduk, where you’ll find Mixwell and Bali Joe, two popular long-standing gay bars with nightly shows. On the waterfront, neither Ku De Ta nor the Potato Head Beach Club are explicitly gay, but both attract a substantial gay clientele and are essential components to any visit to Bali. The two spots offer a stylish ambience in which to enjoy a meal and a cocktail by sunset while being soothed by chill-out music; at Potato Head you can also take a dip in the pool.

For beach action, Batu Belig and Double Six beaches are known for attracting gay visitors; both are within easy reach of Seminyak and make for a casual spot offering a selection of food and drink, ocean views and friendly company. Another option is Cantina beach, signaled by a rainbow flag on a tree trunk at the Warung Cantina beside the W Hotel. Here again you’ll find a no-frills beach bar and restaurant, with beers and cocktails to nurse as the sun goes down.

ABOVE: Taipei’s Gay Pride is one of the biggest such events in Asia

With an open-minded, tolerant outlook and a growing reputation as the San Francisco of the east, Taipei is quickly emerging as one of Asia’s most gay-friendly and welcoming destinations. Taipei’s main gay zone is located in the Red House District, a large outdoor complex featuring shops, bars and restaurants.

In the City Hall area, Jump club hosts the weekly sell-out Follow Me and Woof parties with a mix of house and electro music; even more popular are the G5 party nights on public holidays, which attract visitors from across Asia and beyond and for which tickets are often sold out months in advance. Elsewhere, Empress is a trendy bar with a young crowd, while La Boca is just as fashionable and phases from offering afternoon tea and cakes to original cocktails after dark. Of course, a visit to Taipei wouldn’t be complete without a sing-along – Matt Bar is one of the city’s most stylish gay karaoke bars.

Taipei offers more in the way of culture than many of Asia’s gay-friendly destinations. Among other attractions, Democracy Memorial Hall details the island’s history, and the Lungshan temple is worthy of a visit to appreciate its stunning architecture. The annual Taipei Gay Pride, held in October, is among Asia’s largest.

Siem Reap might only be small, but it packs a punch for gay visitors. Homosexuality is widely accepted in Cambodia and tourists enjoy an open-minded welcome, though locals remain discreet and coming out is still not always an easy option.

As well as rooms, the luxurious, flamboyantly designed gay-only Men’s Resort features a spa, sauna, pool and gym in which to while away the days. Siem Reap’s first gay bar, design-led Linga has been open since 2004 and attracts a sophisticated crowd crazy about its famed cocktail list, people watching opportunities and Saturday night drag show – there’s now a spa on the premises, too. New entrant Barcode is also picking up rave reviews for its luxurious décor with shades of maroon and chandeliers aplenty, and its quality nightly performances.

The oh-so-red Miss Wong bar, with its old Shanghai inspired décor, is gay-friendly and boasts a drinks menu that makes use of local ingredients like chilli and lemongrass. Wine is serious business at The Station, where connoisseurs won’t be disappointed with the list of over 100 to choose to from by the bottle and an equally good selection by the glass. On weekend evenings, classy, gay-friendly Lebanese tapas bar Mezze becomes a club with resident DJ.

A ban on gay marriage was repealed at the start of 2015 in forward-thinking Vietnam, and it’s just one reflection of a rapidly evolving gay scene in the country’s charmingly chaotic southern city. Saigon offers a smaller selection of gay venues than other Asian cities, and many locations attract more of a mixed crowd, but the number of options is growing.

Tuck into tapas and drinks on the outdoor terrace at the recently opened Warda Bar in the Ben Tanh area, one such venue to pull in a mixed but trendy clientele. Gay-owned The Fig Café serves up modern Vietnamese dishes in stylish surrounds, with emphasis on organic ingredients; the restaurant also boasts an extensive list of French, Chilean and Australian wines. Meanwhile, out in District 10, Nam Spa is one of Saigon’s first boutique spas for men – expect professional therapeutic massage, plus use of the dry sauna, steam room and swimming pool.