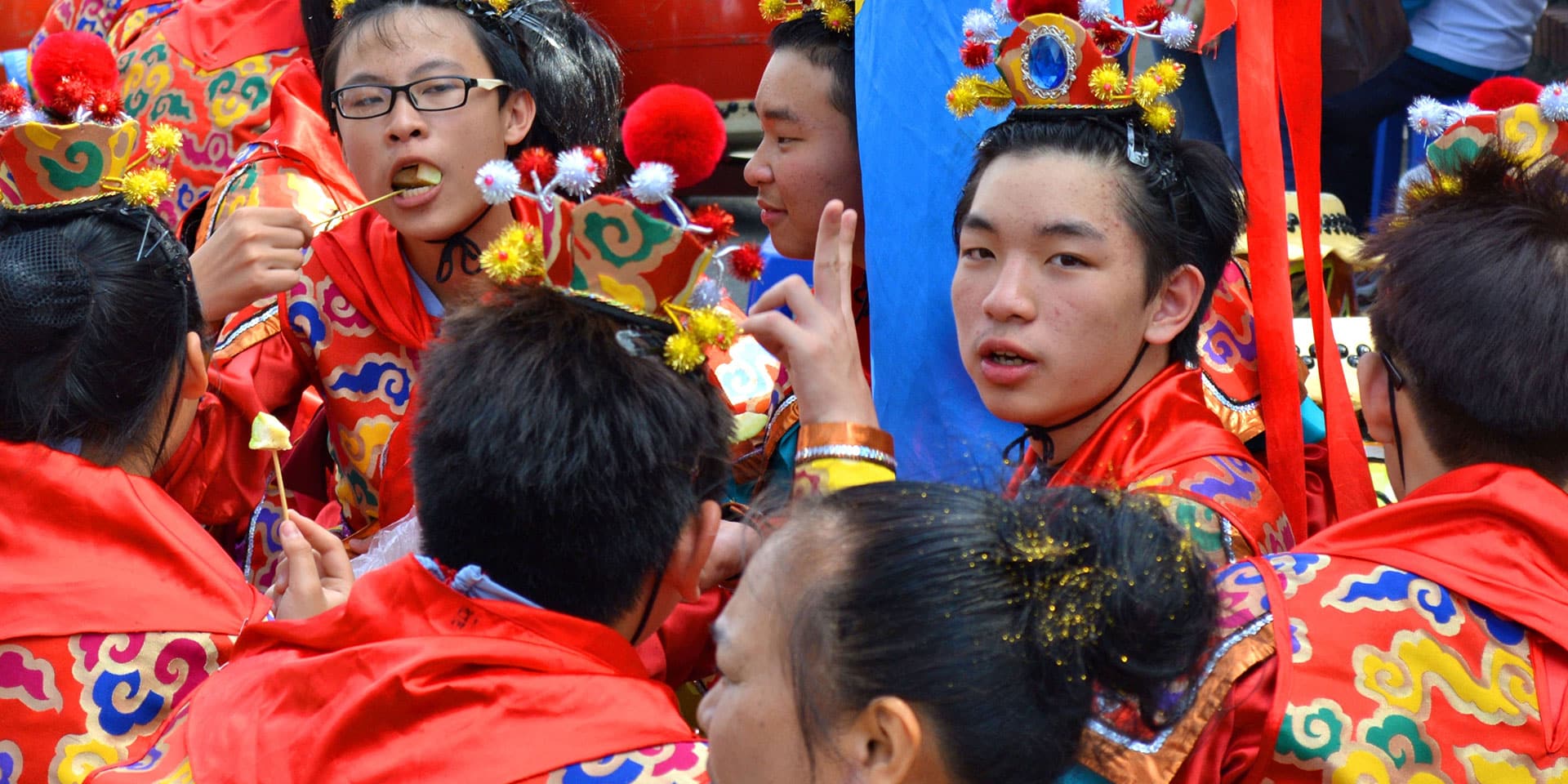 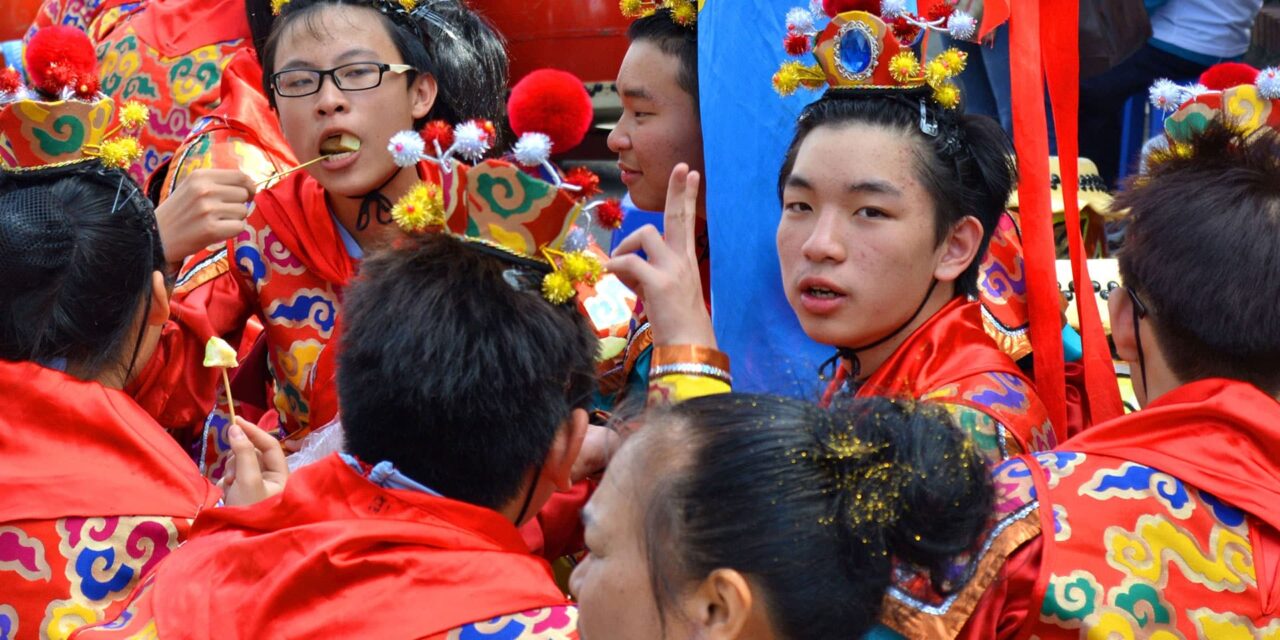 A raucous parade is winding through a narrow street near Anping Fort in Tainan. More than 100 participants are dressed in colourful outfits, some wearing animal masks and others beating drums. It is a loud and eye-catching spectacle. Yet almost as many members of the crowd are looking at me as are watching the parade. “We don’t get a lot of Western tourists in Tainan,” one young local man tells me as he asks to take a selfie photo with my father and I. “Most tourists go only to Taipei.”

He wasn’t exaggerating. Across my three trips to Taiwan, exploring the length and breadth of this small country, I have found that while I encountered many foreign travellers in Taipei, the southern cities of Tainan and Kaohsiung received few tourists by comparison. For history buffs, this is a mistake.

Taiwan’s oldest city, Tainan, was once a grand capital, shaped by the Dutch and later by the Chinese and Japanese. Much has happened in Tainan, yet it is not well known internationally. There is plenty to intrigue tourists.

Two of Taiwan’s oldest Confucian and Taoist temples are located here amid Tainan’s fascinating and well preserved old town – a network of weathered streets lined with ancient Chinese buildings, colonial mansions, and manicured parks. For almost two centuries, from 1683 to 1885, Tainan was a regional capital of Taiwan and as such had to be protected by expansive fortifications. Fortunately, the Dutch had already built a huge fort in the 1650s and Anping Fort remains today in great condition as an intriguing tourist attraction. It was this citadel which I headed towards after arriving at Tainan Railway Station.

The station is located in the heart of Tainan, a modern city which in its downtown area resembles a smaller version of Taipei, Taiwan’s current capital and largest urban centre. As my taxi drove west from here towards the coastline, the cityscape became lower-slung and more worn by the passage of time. After 20 minutes we arrived in Anping, the historic centre of Tainan.

Not only does Anping look markedly different to downtown Tainan, but it also feels different. The pace of life here is wonderfully slow – in parks, courtyards and cafes locals are sitting around and savouring the moment. I walk along Anping Old Street past teahouses, herbal medicine shops and seemingly endless snack food stalls. The Taiwanese famously adore food and this ancient area is saturated with places to dine and drink.

ABOVE: Inside a Tainan temple.

I’m not in the mood for a sit-down meal so instead I decide to just walk and graze, devouring local snack after local snack as I explore this neighbourhood. First I try a Coffin Board, a curiously-named Tainan specialty – thick toasted bread which is hollowed out and filled with chicken, shrimp, potatoes and milk. It’s messy but delicious. For good measure I also try some pork dumplings, a steamed pork sandwich and, against all my best instincts, some stinky tofu.

By the time I’ve downed all these exotic snacks I find myself looking up at Anping Fort. Originally known as Fort Zeelandia, this is where Tainan city was born in 1624 as a trading and administrative hub for the Dutch, who had just taken control of large parts of Taiwan. Because of its strategic location, Taiwan became a key post on the trading channel between Europe, China and Japan and a huge amount of international business was done in Tainan.

ABOVE: Street performers in Anping.

Anping Fort took the Dutch 10 years to build and offered Tainan robust protection from would-be invaders thanks to its thick rectangular outer wall, and the square triple-wall which surrounded the centre of the citadel. That was not enough, however, to prevent Tainan from being conquered in 1662 by Koxinga, a Chinese merchant and pirate. The deaths of both Koxinga and his son saw control of Tainan rested in 1683 by the Qing Empire, which by this time ruled mainland China. The Chinese commanded Tainan for more than 200 years. The Empire of Japan then controlled the city, along with the rest of Taiwan, from 1895 to 1945, before the modern era of Taiwan began.

ABOVE: Ghost money burning in Tainan.

The only remains of Anping Fort are sections of the outer wall, with the remainder evidence of rebuilding efforts, mostly by the Japanese. Fort Provintia, another Dutch construction closer to the Tainan city centre, is also mostly a reconstruction, while ruins remain of the Eternal Golden Castle, a military facility built just south of Anping Fort by the Chinese in the 1870s. The story of these forts, and of Tainan’s tumultuous history, is told at the Chimei Museum and the National Museum of Taiwan History.

The third of Tainan’s major museums is the National Museum of Taiwan Literature, which is conveniently located on my drive from Anping back to Tainan Station. Within a few minutes’ walk of this museum I come across three more fascinating sites. To the south is the ornate Tainan Confucian Temple, built in 1665, making it among the oldest buildings in Taiwan.

To the north of the museum is Shennong Street, a historic thoroughfare lined with old Chinese shophouses, some of which are faded in their grandeur, others which have been revitalised and turned into boutiques, art galleries and cafes. My final stop is at Grand Matsu Temple. One year older than the Confucian Temple, it is guarded by statues of the fearsome sea gods Shunfeng’er and Qianliyan. Their eyes follow me as I leave the temple and walk towards Tainan Station. It is a gaze I have grown used to over this day in a city which sees fewer Western visitors than it deserves.