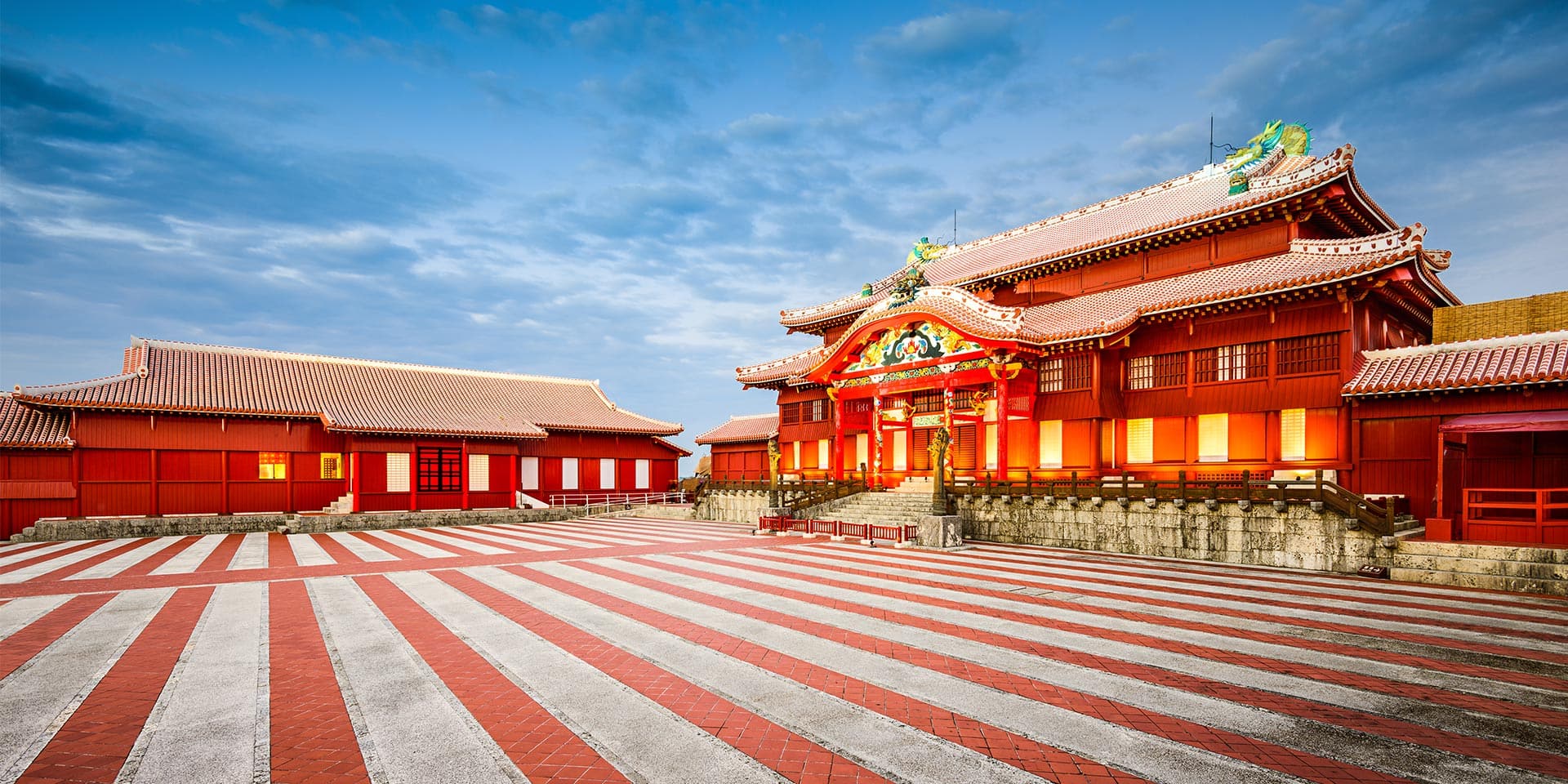 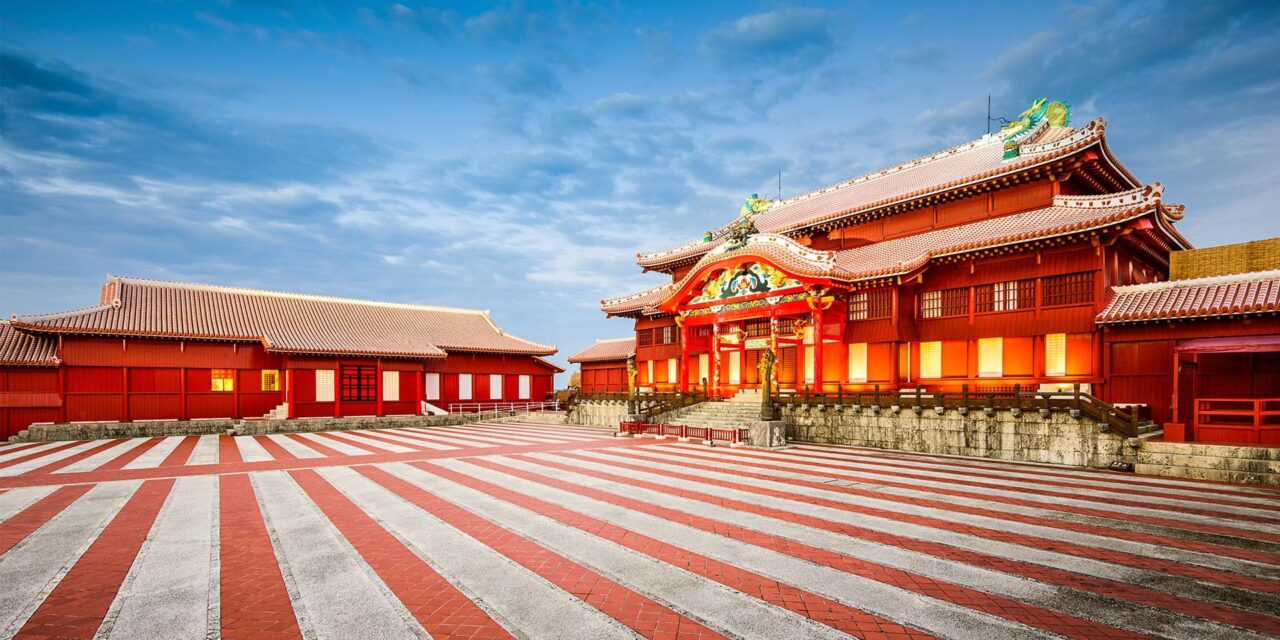 Japan fell into a period of warring states late in 12th century when its central government broke down, giving birth to the period of the shogun and their samurai. Lasting until reunification in 1868, this era of constant civil war created a need for era-defining strongholds, samurai or shogun castles. While the word castle may evoke images of stone monoliths dotting the European countryside, these castles differ from their European counterparts architecturally as much as a Shinto temple does a Gothic cathedral.

Mostly built of wood with stone foundations and defensive ramparts, these elegant buildings seem to float in tiers rather than solidly squat as their western equivalents do. Generally constructed on a three ringed plan they consisted of the honmura, or inner circle of defense; ninomura, outer circle of defense; and sanomaru, the third ring which normally housed the lord of the castle his samurais, clergy, and servants.

By the end of the 1800’s many of Japan’s castles were abandoned and even demolished as reminders of a distasteful past. Many more were destroyed during World War II. Of the possibly thousands of castles built during the 700 years of the shogunate period only a fraction remain today in full or as ruins.

The oldest of the original castles was completed in 1603: Nijo. Today Nijo is easily accessible via public transport from downtown Kyoto but instantly transports visitors back to the feudal era of samurai and shoguns. Built by the shogun Tokugawa Ieyasu, the castle’s opulent palace retains the screens, carvings, and paintings that were originally commissioned to impress visiting dignitaries.

When the Tokugawa Shoganate fell in 1867, the castle was an imperial palace. Today the Honmaru palace and gardens are the highlight for travelers. The Ninomaru palace was the residence of the shogun; here, the floors squeak as an extra protection against assassins.  Lovers of plum blossoms will find blooms here in late February and early March.

ABOVE: Himeji surrounded by cherry blossoms.

Also near Kyoto in Hyogo prefecture and nearly as old as Nijo, Himeji (or White Heron) castle is probably the most famous of the 12 original castles. Occupying a strategic point high on a hill, the brilliant white, multi-tiered castle tower soars skyward like a heron taking flight. Considered a national treasure and recognized as a UNESCO world heritage site, the entire complex is made up of 83 buildings interlaced by gardens and fortifying walls.

ABOVE: Interior of the famous Himeji Castle

Visitors to the castle ascend from the bottom floor on narrow, steep staircases. The interiors of each floor are left largely empty with only a few multi-lingual signs detailing the architecture and describing hidden passageways, chutes, and concealed spaces – as well any modern renovations that have taken place.

As there is a white heron, so is there a black crow. Matsumoto castle in Nagano prefecture is widely considered the most beautiful of Japan’s original castles as well as being the most complete. Known as a hirajiro castle, or flatland castle, it uses a complex system of moats, walls, and gatehouses for security as opposed to strategic hillside locations.

The castles unique black exterior has led to it being known as the crow castle. Built during the treacherous Sengoku period, the castle contains numerous devious defensive innovations including steep interior stairs with traps at the top to drop stones on invaders.  An easy train ride from Tokyo proper, the castle affords views of Mt. Fuji from its moon viewing turret.

ABOVE: Kochi castle features slatted windows that allowed the samurai to keep watch.

One of four castles occupying the island of Shikoku, Kochi is unique for its main tower, or donjon, which, unlike every other castle of the time, acted as the lord’s residence. In an interview with CNN, Dr. Mitchelhill – who spent years studying the castles – noted, “iron spikes line the top of the stone base of the tenshu to deter would-be invaders; and a ‘trick gate’ was used to trap an invading army.” The castle even features slatted windows that allowed the samurai to keep watch.

Originally constructed between 1601 and 1611 but rebuilt in 1748 after a massive fire engulfed most of the wooden buildings that make up the castle, it is still considered one of the 12 original castles today.

Located in the Naha district of Okinawa, Shuri castle takes its name from the former capital of the Ryukyu kingdom. The castle’s long and fractious history is recorded in the numerous styles of architecture among its many buildings, including significant influence from the Chinese families that lived here during the Ming Dynasty.

As the Ryukyu kingdom was once an important link in Japan’s East Asian maritime trade routes, Shuri castle hosted captains and dignitaries from around the world, including the famous Admiral Mathew Perry in 1853 before Okinawa became a Japanese prefecture in 1879.

Originally built in 1429 but ravaged over the centuries by fire and war, the structure was all but destroyed during the battle of Okinawa and was painstakingly rebuilt in 1992 after occupying American forces left. Despite its extensive rebuilding it was designated a UNESCO World Heritage Castles of the Ryukyu Kingdom site.