The mysterious ancient kingdom of Guge lies in Zanda county in the Ngari prefecture in Tibet's south west, almost on the border with India. In the Sutlej valley, in the shadow of the mighty Mount Kailash, the ruins of the once great capital and its surroundings can be found. Founded in the 10th century by the descendent of the last Emperor of Tibet, it's cited as the start of the second wave of Buddhism into Tibet. Ruled, conquered and annexed by dynasties and monarchies over the years and finally lost in the 17th century in mysterious circumstances, the site of Guge was rediscovered in the 1980s during a large archaeological project, and now tells a fascinating story of the area's history.

Built into an earthy hill, the sculptures, carvings and murals were that were discovered, not to mention the houses, once-inhabited caves, monasteries and soaring stupas are an irresistible draw for visitors seeking to find the treasures revealed in this sprawling site. To explore Guge is to journey back in time and discover the relics, sculptures and murals uncovered in these sacred buildings, lost for three centuries.

Adorning the walls of the central, single-storey hall are detailed paintings of emperors, monks, lamas and deities. They are depicted in bright vivid colors and clothed in rich textiles - a fascinating insight into the artistic style and dress of the time.

The Guge Kingdom was rich in gold and silver and these precious metals were used in much of the sculptural designs. Perhaps the most famous is the Guge Silver Eye, an intricately-carved and miraculously-preserved sculpture.

Surrounding the site are the neighboring villages of Dongga, Daba and Pingyang. Though the original inhabitants of Guge kingdom were all but wiped out in the 17th century, many of their treasure and relics were rescued and now have their homes in these humble villages.

Once the capital of the Guge region, Tholing was home to one of the oldest and most important monasteries, central to Tibet’s second diffusion of Buddhism. Built in distinctive red brick, it’s surrounded by ruins but many of its central buildings and artifacts have survived including beautiful sutras written in silver ink.

Part of the Tholing monastery complex, the temple is built of mud brick with elaborate, decorated towers. In the 10th century, the Indian master Atisa organized one of the first conferences here and two exquisite, detailed murals remain intact despite heavy demolition over the centuries. 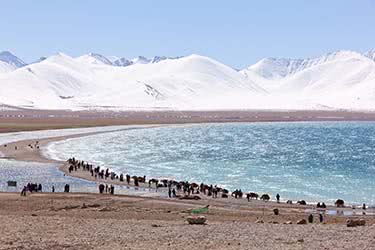 Open the doors to your spirituality as you explore Tibet’s religious past and present on this insightful 8-day journey. You’ll visit important Buddhist sites like Potala Palace and the important Jokhang Temple, visit the spiritual Namtso Lake, and witness the plethora of prayer flags in the Tidrum Valley. 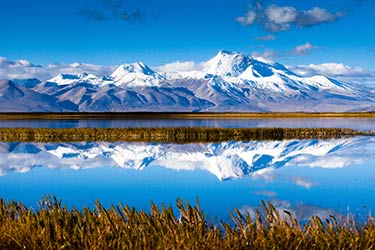 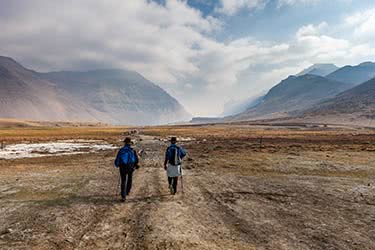 Uncover hidden Tibet over the course of 12 memorable days, including an exploration of the capital, as well as an epic three-day overland journey through the Himalayas and another three-days of trekking over spectacular mountains, through remote towns and staying in spectacular hillside monasteries.

Uncover hidden Tibet over the course of 12 memorable days, including an exploration of the capital, as well as an epic three-day overland journey through the Himalayas and another three-days of trekking over spectacular mountains, through remote towns and staying in spectacular hillside monasteries. 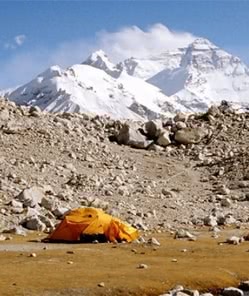 The best way to experience Tibet's beautiful landscape, wildlife and cultures is to hike the ancient foot trails and camp. Surrounded by wilderness, travelers fall asleep under the stars and wake up to crisp Tibetan air and unspoiled scenery each morning – campsites really allow travelers to connect with their environment and enjoy the serenity of the Himalayas. Accompanied by guides and horses or yaks transporting camping equipment, you will stay at established campsites with all food and drinks provided, with meals prepared by an experienced chef. 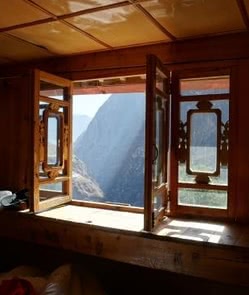 Along the foothills and remote areas are small towns and rest stops for hikers and travelers. Basic guesthouses are available and offer a bed and shower for travelers on their journey along the Himalayas. 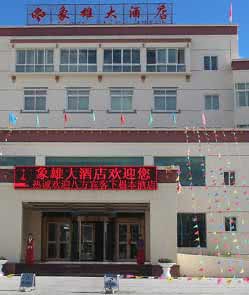 Perfectly located for exploring the surrounding delights of the ruined city of ancient Guge, the Xiangxiong Hotel is set in Shiquanhe Town in nearby Ali. The large hotel, while not luxurious, is one of the best options in the area and provides a comfortable respite after a day of exciting discovery. With 58 rooms, ranging from singles and doubles to suites, there are configurations suitable for all parties. While it’s not overwhelmingly sumptuous by international standards, the accommodation is clean and adequately equipped with televisions, air-conditioning and WiFi, as well as complimentary coffee and tea facilities. The hotel restaurant serves up a range of dishes from local Sichuan specialties and Cantonese classics to western favourites. For guests who still have a little energy left over for some evening entertainment, there is a games rooms as well as singing and dancing in the ballroom. Meanwhile, those seeking a little relaxation can retreat to the beauty salon or the spa and sauna to unwind.