A storied, ancient city, Nanjing has served as the capital for myriad dynasties and Chinese regimes - hence its name, which translates to "Southern Capital." During World War II, Nanjing was the capital of the Nationalist-led Republic of China; following its fall to the Japanese army, victorious soldiers committed numerous atrocities and war crimes - sensitive issues even today for both China and Japan.

Modern-day Nanjing, however, is a peaceful, pleasant, and extremely livable city; its wide boulevards are spacious and uncrowded, and its skies are free of pollution, thanks to the large amount of green spaces located in and around the city. In addition, Nanjing hosts a considerable number of natural parks and monuments, including the scenic Xuanwu Lake, located near the center of the city, and Purple Mountain, a lovely nature preserve home to a number of historic monuments.

Constructed under the auspices of Zhu Yuanzhang, the first Ming emperor, the city walls of Nanjing are the longest city walls ever built. Unlike the rectangular walls of other Chinese cities, primarily Beijing and Xi’an, Nanjing’s walls are a flowing, winding construction that follows the curve of the earth; additionally, much of Nanjing’s walls remain today. Built from gravel, soft, yellow loess soil from northern China, rice, and earth, the city walls took almost 200,000 laborers 21 years to complete.

Highlights include the mighty stone gates which are located at various points in the wall, including the famous Zhonghua Gate, which could garrison over 2000 soldiers.


Formerly the center which administered the highly selective, strenuous Imperial examinations, the Fuzi Miao (or Confucius Temple) area today is a glitzy, neon marketplace filled with hawkers, fine restaurants, and bars and nightclubs, all overlooking a canal. The Fuzi Miao area is a top attraction of Nanjing, and the pulsing social and commercial heart of the city.

Along with Beijing’s Ming Dynasty tombs – built after the capital was moved from Nanjing – the Ming Xiaoling tombs were designated a UNESCO World Heritage Site in 2000. The most prominent of the tombs belongs to Zhu Yuanzhang, a crude, brilliant leader who rose from humble origins to expel the Mongol invaders and found the Ming Dynasty. The site is perhaps best known for the long, paved roadway that leads to the tombs, many of which are lined with stone lions and figurines.

Following the fall of Nanjing, then the capital of China, to the Japanese army in 1937, victorious Japanese forces committed a ghastly spate of war crimes in the city, including rape, the murder of prisoners of war, and systemic killings of civilians. Popularly known as the “Rape of Nanking,” the event served as a catalyst for anti-Japanese sentiment across China and throughout the Western world – and is, even today, a source of contention and anger between both China and Japan.

This sober, elegant memorial hall commemorates these tragic events, and includes a series of artifacts from the era, including weapons, eyewitness testimony, and photographs. Many of the exhibits are well-designed and carefully constructed, and despite the subject matter, manage to strike an even tone. Particularly poignant is the last exhibit of the memorial hall, a bright room that, every minute, displays a black-and-white picture of a different victim of the event.


A misty peak located in Nanjing’s eastern suburbs, Purple Mountain is a popular tourist draw, and a perfect place for a leisurely, relaxing stroll. Home to the Purple Mountain Observatory, the first of its kind in China, as well as a number of significant historical sites and parks, Purple Mountain also features a convenient cable car to ascend its peaks – allowing visitors panoramic views of the verdant countryside and surrounding monuments.

Dedicated to Sun Yat-sen, a Chinese-born doctor who led the 1911 revolution that overthrew the last dynasty of China, this mausoleum features white walls and an ornate, blue roof – fusing elements of Western architecture and traditional Chinese design. While Dr. Sun died before he lived to see the country re-united and free of regional warlords and foreign colonialists, today he is one of the rare figures respected by both the Chinese Communists and Nationalists.

Small and nondescript, this museum commemorates the Taiping rebellion, a little-known event outside China that, nonetheless, was one of the most violent in modern history. Launched by Hong Xiuquan, a failed Confucian scholar who believed himself to be the younger brother of Jesus Christ, the Taiping rebellion ripped apart southern and southwestern China – going so far as to occupy territories and establish an alternate government. By the time the dust had settled 14 years later, nearly 20 million Chinese were dead.

Today, this fascinating, obscure museum, housed in a series of gardens that once were home to Taiping officials displays a series of artifacts and exhibits dating to the rebellion, including currency, documents, and arms and armor.

A scenic lake located in the center of the city near the Ming-era city walls, Xuanwu Lake is often filled with families, students, and office workers, particularly on the weekends. At Xuanwu Lake, visitors will be able to see the citizens of Nanjing at their carefree best, frolicking in the grassy fields and gardens surrounding the lake, renting paddle boats, or walking onto the lake’s islands, which are connected to the mainland by a series of causeways. 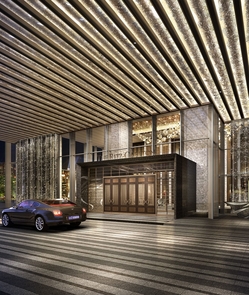 A seat of Chinese cultural heritage and a rapidly developing modern metropolis rolled into one, Nanjing is a former capital and still one of the nation’s most important cities. Historical attractions include memorials, museums, and cultural landmarks such as the renowned Fuzimiao Confucius Temple, which lies adjacent to a bustling strip of shops and restaurants set amid traditional architecture. The Ritz-Carlton Nanjing is located in the heart of the Xinjiekou business district just 30 minutes from the airport. The hotel features the modern, sophisticated styling synonymous with the Ritz-Carlton brand, coupled with nods to classical Chinese aesthetics like earth and bamboo-toned accents and furnishings. The property is comprised of 297 guest rooms and 37 suites, four bars and restaurants, a luxurious spa, and an indoor pool and fitness center.

Just steps from the Oriental Metropolitan Museum and the Presidential Palace, The Grand Mansion is the perfect base from which to explore Nanjing, the historic capital of China’s eastern Jiangsu province. Captured in the decor throughout the hotel is the storied past of the city, otherwise known as the Capital of Six Dynasties, and its modern elegance. The 158 guestrooms, of which 15 are suites, combine an international blend of art and furnishings with modern technology. Travelers in town for business or pleasure can relax and unwind by the pool or reinvigorate in the state-of-the-art gym. The hotel’s two restaurants offer a choice of signature Chinese dishes (at Xuan Ling Ge) and Mediterranean classics (at Atrium). Meanwhile, guests can treat themselves to high tea at The Xi Lounge. The indoor heated pool and fitness center await active visitors, while those in search of peace and relaxation will find it in The Travellers' Library. 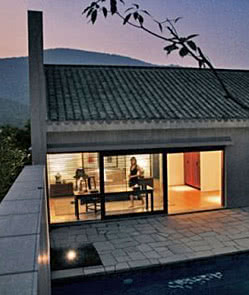 Set amidst a series of natural hot springs fed by snowmelt from the twin peaks of the Tangshan Mountains, the Kayumanis Nanjing is one of the newest luxury accommodations in this historic city. The Kayumanis consists of a series of villas, each equipped with a private swimming pool, an open-air natural hot-spring, plush beds, flat-screen televisions, and a terrace overlooking a private courtyard. Dining options include Nine, a fusion restaurant that combines traditional Chinese fare with a European twist, as well as private dining in the luxury of your villa. In addition, the Kayumanis Nanjing contains an outdoor infinity pool with lounge chairs. Set in the village of Sizhuang, at the foot of the Tangshan Mountains, the Kayumanis Nanjing is approximately an hour from Nanjing Lukou International Airport. 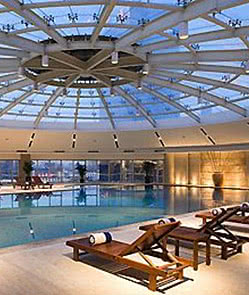 Located in the heart of Nanjing, near the beautiful Xuanwu Lake, the Sofitel Galaxy Nanjing is approximately an hour from Nanjing Lukou International Airport. The Sofitel’s rooms, suites, and villas offer sweeping vistas of the glittering lights of this cosmopolitan city, and all rooms are equipped with plasma televisions, high-speed Internet, ensuite bathrooms with rain showers, climate control, in-room safe, and work desk. There are three in-house restaurants; Spectrum 7, an all-day café which serves Western and Asian cuisine; Le Chinois, which offers regional Chinese specialties from Canton, Sichuan, and Shanghai; and Le Mistral, a traditional French eatery. Amenities include a luxurious, full-service spa replete with beauty salon and private treatment rooms; a fitness center; and an indoor heated pool. 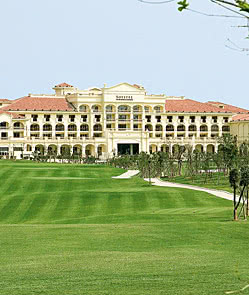 Set amidst the rolling hills and lush forests of Purple Mountain, the Sofitel Zhongshan lies approximately an hour’s drive from Nanjing Lukou International Airport, and about 22 minutes from the city itself. Each of the Sofitel Zhongshan’s rooms, villas, and suites include air conditioning, in-room safes, work desk, television, minibar, and tea and coffee-making facilities. The in-house restaurants include Le Pavillon, a casual upmarket eatery that serves Asian and European fare; Zijin Court, a fine restaurant serving Cantonese and the Huai Yang cuisine of the region; and Basilico, an Italian restaurant. In addition, there are three bars, two in the lobby (one of which offers outdoors seating), and a poolside bar. Amenities include a fully-equipped gym, tennis courts, indoor swimming pool, sauna, and a spa and beauty salon. In addition, the resort possesses a picturesque, 27-hole golf course designed by golfing legend Gary Player.

So, you think you know Chinese food? The ubiquitous cuisine we in the west consider to be Chinese accounts for only a tiny percentage of the vast array of dishes represented by this huge country’s many regions.

It all began with Tong Atchew, a tea trader from southern China who arrived in Kolkata in 1778. Today, that legacy clings on in one of India’s most dynamic cities. 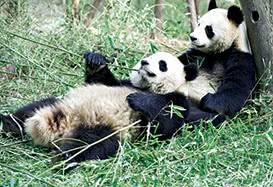