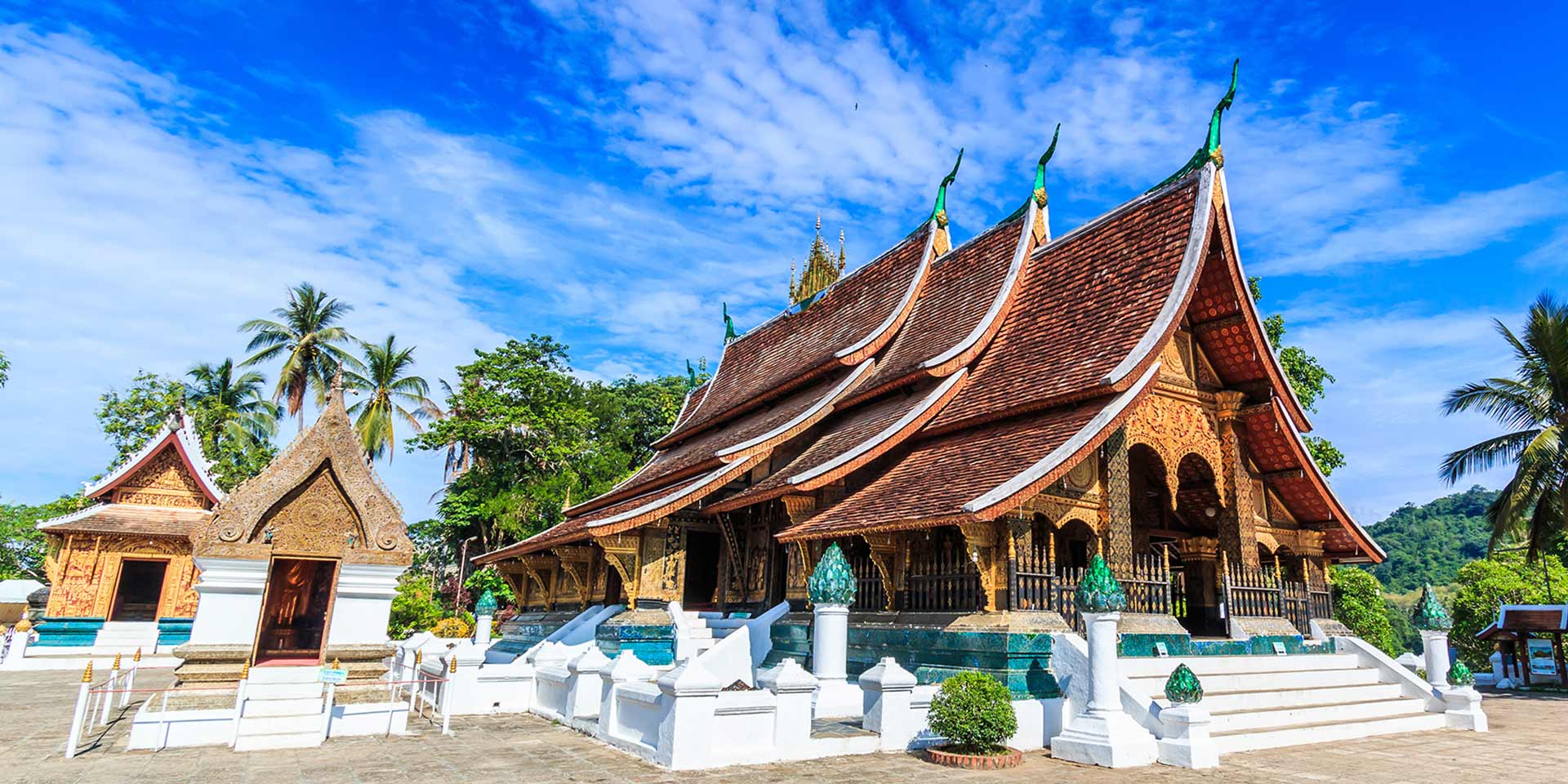 Meanwhile, thanks to colonization, the landscape of its cities incorporates flavors of the French, creating a multi-cultural and architectural mix. Embark on a journey into this beautiful kingdom to uncover lost treasures and marvel at gorgeous feats of engineering and craftsmanship from the east and west.

Our favourite stop is the ancient capital of Luang Prabang. This great city was once the epicenter of the first kingdom of Laos and known as the City of Gold. Over the centuries, in-fighting and the threat of invasion from China tore the country apart and weakened its defences. Eventually, the king requested help from the French who made it a protectorate in 1889. Thanks to their influence, the city is now a beautiful amalgam of history and colonial splendor, and soon after Laos opened its borders to tourists, UNESCO named it a World Heritage Site. Despite the administrative center of power moving to Vientiane, Luang Prabang remained the home of the Laotian royal family and today you can visit the museum housed in the former palace. The grand building features traditional Laotian motifs – including a three-headed elephant over the entrance – and French beaux-arts styles. Within the town itself, the quaint houses and buildings are predominantly built in the classic style from wood, wattle and daub, while the temples – or “wats” – are built from stone. The 16th century Wat Xieng Thong is among the most highly decorated and complex Buddhist monasteries in Southeast Asia. Explore its vast ordination hall and take tea with a high-ranking monk in his private chambers. Fully immerse yourself in the architectural melee with a stay at beautiful Amantaka hotel, a gorgeous building originally used as a French convalescent home set around a peaceful courtyard and featuring sumptuous suites.

From the ancient to the modern, a journey from Luang Prabang to the cosmopolitan capital of Vientiane on the border with Thailand in the south, makes for interesting comparisons and parallels in architecture and heritage. Vientiane is Laos’ largest and most influential city and, while not as developed as Southeast Asian capitals like bustling Bangkok, there is a certain elegance to its riverside markets and wide leafy venues. Here too you’ll find both deeply ingrained Buddhist history and European influences. Pha That Luang is the jewel in the city’s crown, a national monument dating back to the third century. Originally built in the Indic style, the striking golden stupa was converted by the Khmers in the 13th century and now features influences from both eras. It has attracted pilgrims and admirers for centuries, inspiring art and poetry and the reverent worship of devotees. Now a museum, beautiful Ho Pra Keo was built in 1565 as the personal chapel for the Laotian royal family. Take a stroll through its grounds and wonder at the intricate carvings adorning the walls that were once home to the Emerald Buddha. Wat Sisaket, located opposite the presidential palace, is built in the same siamese style as its namesake in Bangkok, sporting an elaborate tiered roof and countless carved Buddha images. Patuxay Monument, meanwhile, is often likened to Paris’ Arc de Triomphe, with its four arches facing north, south, east and west. Conceived by local designer Tham Sayasithsena, it was built in the 1950s as a tribute to those who fought in the struggle for independence from France and it features beautiful classical Laotian designs.

For lesser-known and even more historic gems, journey south to Champasak province, on the borders of Thailand and Cambodia. This was once the seat of a grand kingdom and, still a site of rich historic and cultural heritage, it is home to the ruins of Wat Phu. Also a UNESCO World Heritage Site, this vast complex features intricate stone carvings of Hindu deities, its shrines and courtyards now overgrown and covered in moss. Bearing a strong resemblance to Cambodia’s Angkor Wat, Phu’s oldest building predates its more famous kin by 500 years. From here, you can take the trek to further hidden ruins at Um Tomo Temple, which stands serenely on the banks of the Mekong amid trees and rice fields. As the world continues to gaze at Angkor, take you chance to explore these treasures while they remain off the beaten tourist trail.