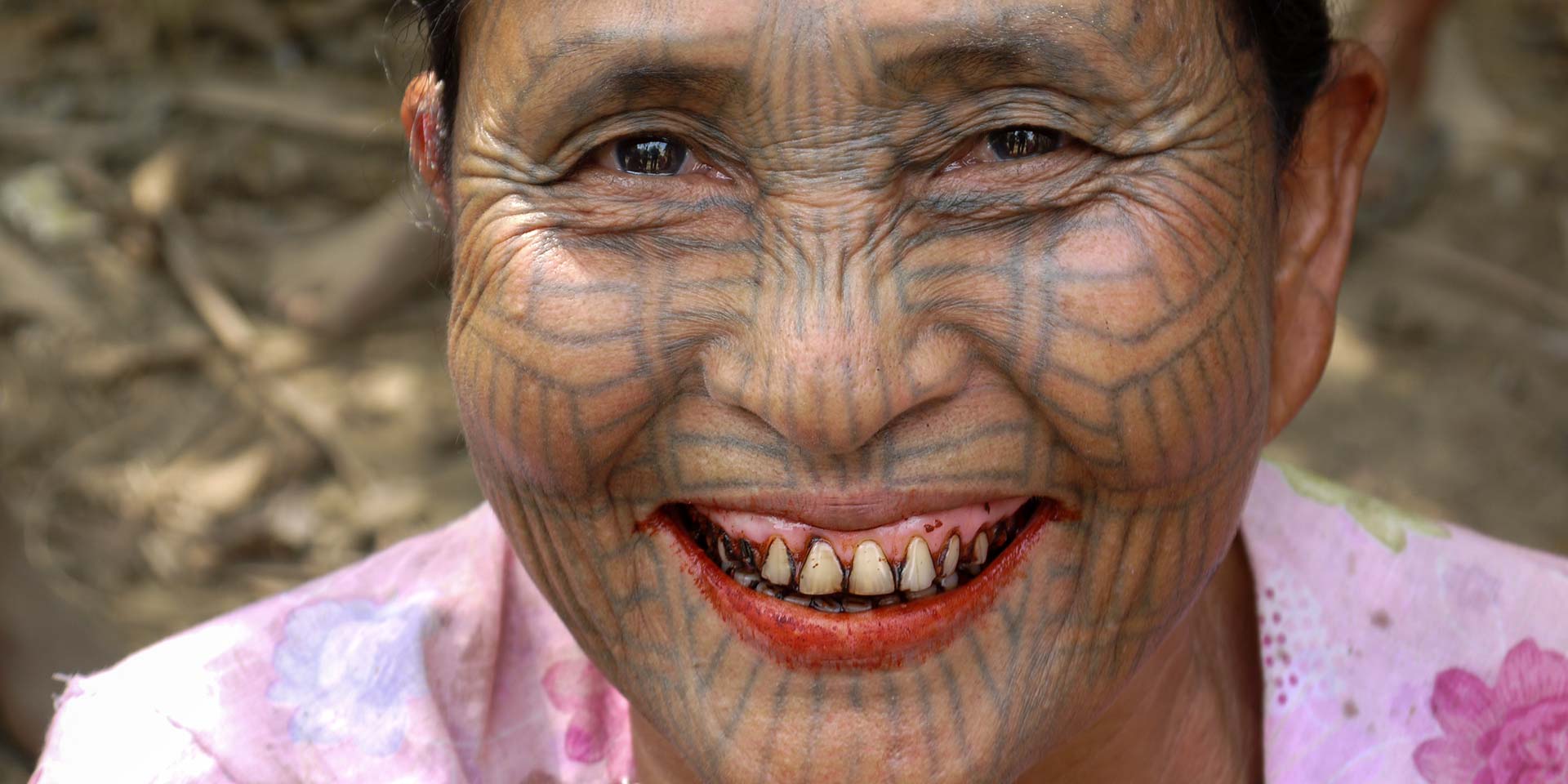 The Chin tribes of Myanmar, near the Bangladesh border and Mrauk U, are most notable for the intricate ink detail covering their faces. These are a people of facial tattoos, and I journeyed to this corner of Asia in an attempt to discover why exactly they undergo such a process, which seems extreme in Western culture. (Watch the video below to hear their answers firsthand). This friendly Chin woman invited us into her home.

I traveled to the remote tribal villages of the Chin State, which would normally require an arduous seven-hour overland journey from Bagan to Mindat — with very poor accommodation options along the way. However, an easier route into the tattooed world of Chin women exists, if you consider using the ancient kingdom of Mrauk U in Rakhine State as a base. It’s about 3.5 hours up river from Mrauk U and its eerie, endless and spectacular temples. Here, the population are primarily Chin, being located near the border with Southern Chin State. This experience can be done as a day trip, so travelers would be returning in the late afternoon to the comfort of the Princess Resort. 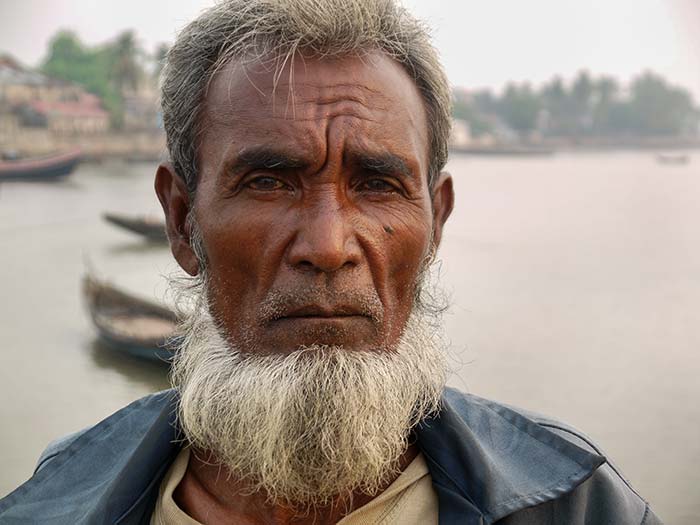 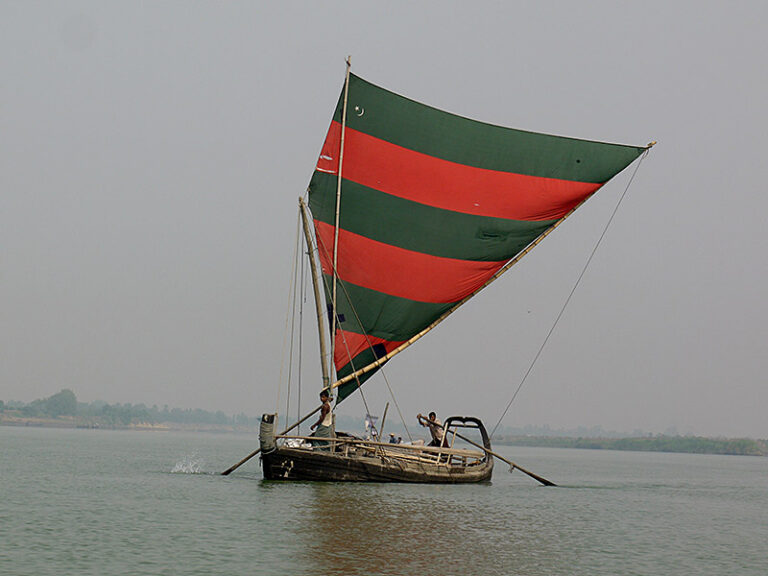 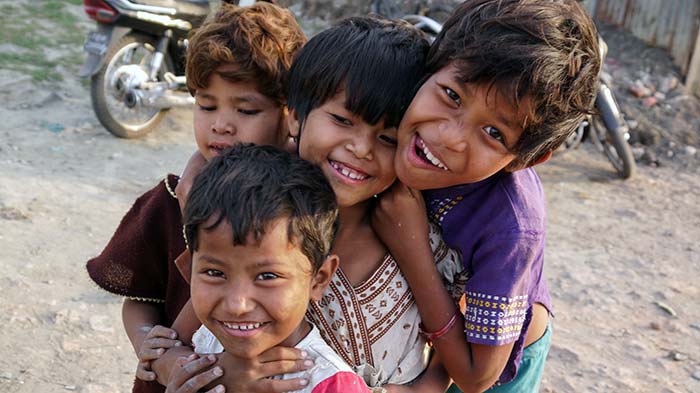 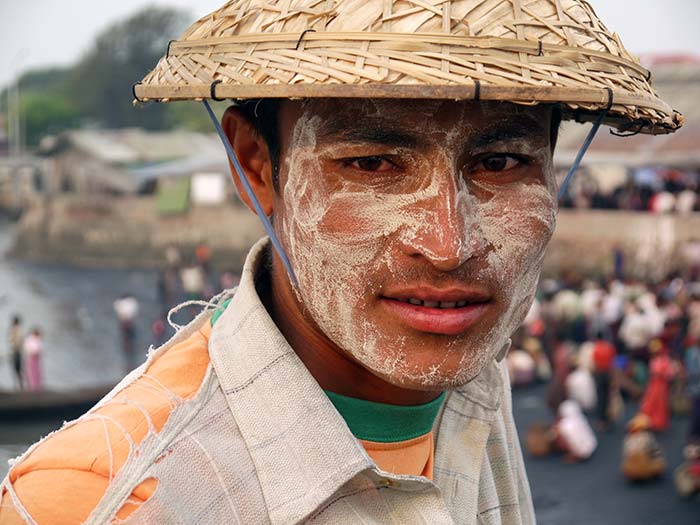 To get to Mrauk U, you can fly from Yangon to Sittwe, an area that is 40 percent Muslim — then take a four- hour boat ride up the Kaladan River.

I woke up early and drove to the Lay Myo River, where I took a small local boat upriver towards my destination. As we floated along, I gazed at villages of fishermen and farmers and many traditional sail boats, most of them Muslim people living in Myanmar since British colonial days. We eventually reached the first Chin tribal village, where my guide was well-known, having sponsored the son of one family though school, who later became a teacher. Thanks to this bond, we were readily welcomed into the family home where we discovered no less than four women with tattooed faces. They told me how they were tattooed when they were just nine years old, and how it was an ancient custom to do so, in order to prevent invaders from stealing away the local women (dinner and a movie aren’t the norm here for some odd reason). The tattooing took over a day to complete and was extremely painful, especially the tender eyelid area. Each area of Chin state has a distinct tattoo pattern, so it is actually possible to discern where a woman comes from by the pattern on her face. It is this kind of ancillary information that makes so much of what we think we understand about Myanmar’s hill tribes almost irrelevant. This is life. This is their reality. This Chin family readily welcomed me into their home.

The practice is no longer permitted by the Burmese authorities, nor is the younger generation interested in partaking in the custom. Therefore, this part of Chin culture will soon be gone, yet I was able to witness the last living generation to embrace this custom. I left feeling very fortunate indeed.

Here is a 7-minute video I put together depicting my interaction with the Chin: