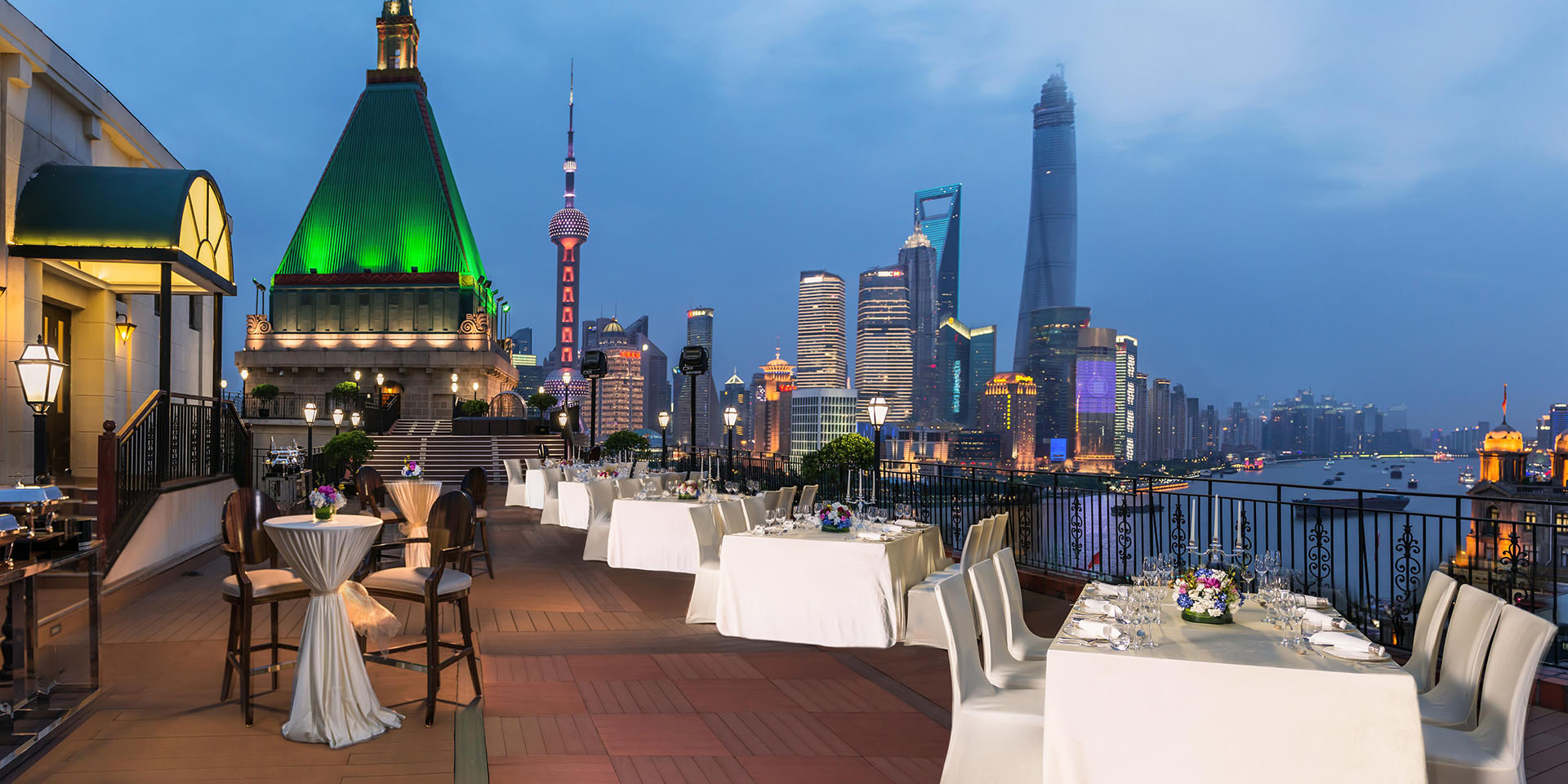 
Don't let Asia pass you by.

In town for the annual Global Alliance of SMEs Summit at the Shanghai World Expo Center, former US president Barack Obama stayed in the Fairmont Peace Hotel during his recent visit

Found on Shanghai’s famous Bund since 1929, Barack Obama is the fourth US President to stay at the historic hotel.

Originally the Cathay Hotel when it opened its doors in 1929, Shanghai’s legendary hotel address at Fairmont Peace Hotel is a cherished city landmark on the Bund, right on the Huangpu River and with a views of the Oriental Pearl TV Tower and the Pudong skyline.

ABOVE: The green copper roof of the Fairmont Peace Hotel.

The Fairmont Peace Hotel’s art deco facade is designed in the Gothic style of the Chicago school and is crowned by a green copper sheathed triangular roof, a defining feature of the Bund skyline.

ABOVE: Lobby of the Fairmont Peace Hotel.

At 268 square meters, the Sassoon Presidential Suite in which Obama stayed occupies the entire 10th floor penthouse of Fairmont Peace Hotel, where the hotel’s creator and former owner, Victor Sassoon, once lived. The suite features a spacious bedroom and a grand living room as well as a study room, bathroom with jacuzzi, bespoke furnishings, and an in-suite dining area which can accommodate up to ten guests.

ABOVE: The Fairmont Peace Hotel on Shanghai’s Bund.

A press release from Fairmont yesterday stated that Obama took time during his stay to watch the legendary Old Jazz Band in the hotel’s Jazz Bar.

ABOVE: The Old Jazz Band and singer at Fairmont Peace Hotel.

The Old Jazz Band is aptly named: the crew of six veteran musicians have average age is 82. They have drawn an audience for decades and have played for US Presidents Jimmy Carter, Ronald Reagan, and now Barack Obama. Meant to reflect the city’s romantic heyday, the cocktail menu is reminiscent of that pre-war Shanghai era.

As to cuisine, guests have an array of options, including European cuisine in the Cathay Room on the expansive ninth-floor terrace. Diners more in the mood for Shanghainese will want to opt for the Dragon Phoenix, and those who enjoy high tea will find the finest offering in East China at the Jasmine Lounge, which features freshly baked buttermilk scones with homemade fruit preserves and clotted cream alongside tea sandwiches and French pastries presented on tiered silver tea stands. Guests still hungry will find more informal fare at Victor’s Café.

ABOVE: Entrance to the Fairmont Peace Hotel.

Also of note are the luxury hotel’s spa facilities at the Willow Stream Spa, which prides itself on combining modern wellness techniques with traditional Chinese medicine for holistic spa experience.

ABOVE: Pool at the Willow Stream Spa swimming pool.

During his time at the hotel Obama took the opportunity to pose with staff members at the Farimont Peace Hotel. Upon his departure he signed the hotel’s visitors’ book: “Thank you for the wonderful hospitality.”

Owned by hotel giant AccorHotels, the Fairmont Peace Hotel was renovated from 2007 to 2010 and today features 270 rooms.