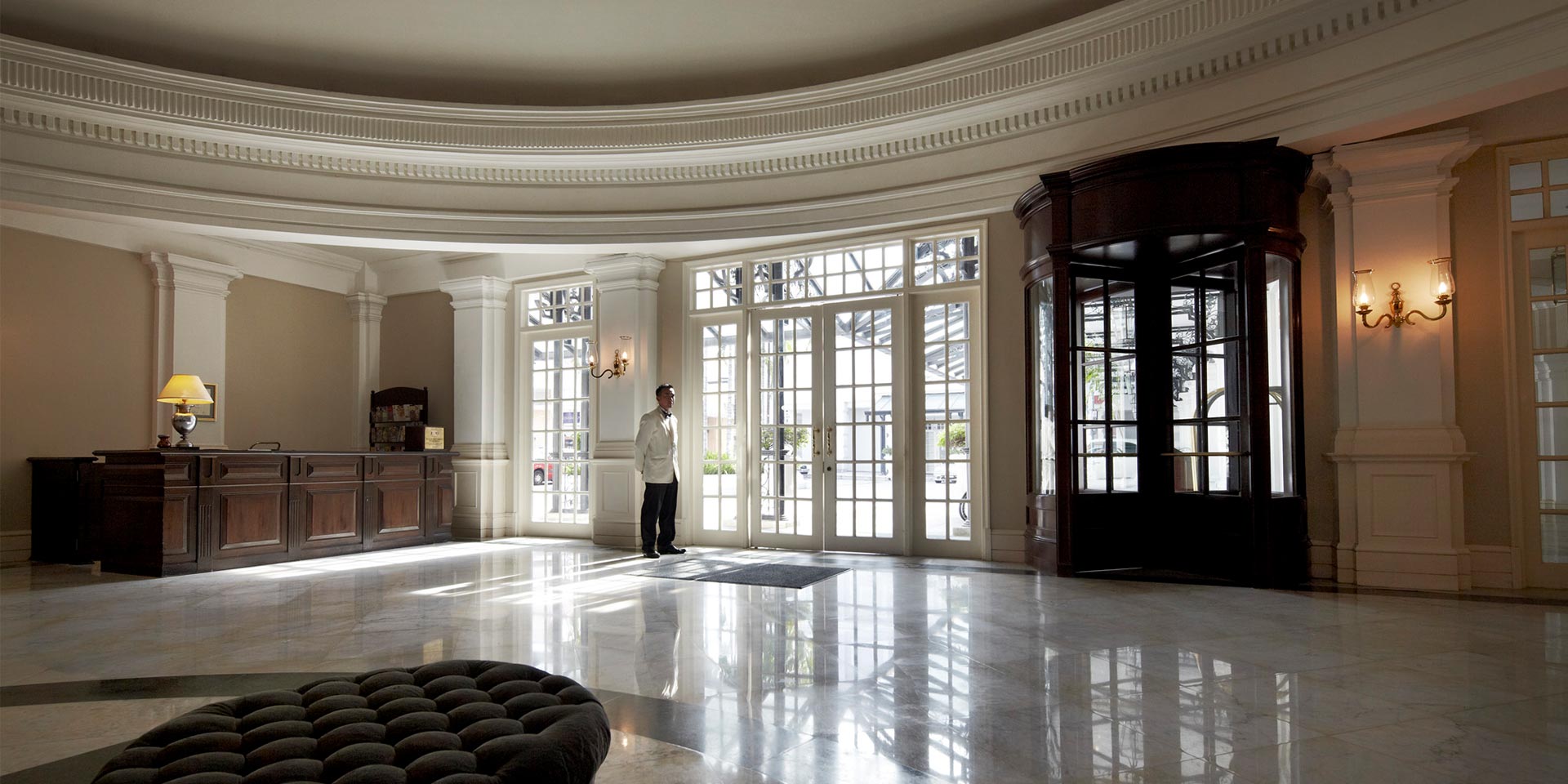 Facing into the Andaman Sea, the imposing steel cannon looks ready to repel would-be invaders. In reality, though, its barrel has been filled in and it hasn’t fired a shot in anger in 200 years. It is an ornamental nod to the rich history of the property it decorates. The cannon was once placed at Fort Cornwallis, the nearby military structure built by the British in the late 1700s to protect the Penang hub of Georgetown. Today it decorates the oceanside garden of Penang’s most historic resort, the Eastern & Oriental Hotel.

While many of Asia’s five-star hotels aim to dazzle guests with modern designs and cutting-edge technology, the Eastern and Oriental trades heavily on its colonial charm and storied past. Founded in 1885 by Armenian hoteliers the Sarkies Brothers, who also established The Strand in Yangon and Singapore’s famed Raffles Hotel, the Eastern & Oriental opened during a splendid period of Penang’s history.

A century had passed since the island became the first British settlement in South-East Asia. Penang was a booming port and Georgetown one of the hippest, most exciting cities in the region. Boasting what then was the longest ocean frontage of any hotel in the world, the Eastern and Oriental was a magnet for visiting dignitaries and foreign celebrities like Charlie Chaplin and Rudyard Kipling. It was the epicenter of Georgetown’s top-end social scene.

ABOVE: Pool and sea at Eastern & Oriental Hotel.

From the moment I enter its lobby, and stand beneath its towering white domed ceiling, I find myself imagining what Penang’s high society was like in the late 19th century. I look to my left and picture wealthy British businessmen exchanging trading tips over gin and tonics in Farquhar’s Bar. Named after Robert Farquhar, Penang’s Lieutenant-Governor in the early 1800s, it resembles the luxurious private clubs of London with its leather armchairs and dark wooden interior.

ABOVE: The famous Farquhar’s Bar.

Celebrity Chefs Climb Aboard the Eastern & Oriental Express in 2019

Just a few steps away is Sarkies Corner, the hotel’s famous coffee shop, an open-plan space with an old-world feel and ocean views for guests enjoying fresh pastries and hot drinks. Its namesake restaurant, Sarkies, is renowned for its lunch and dinner buffets, offering international fare like sushi and roast lamb alongside Penang specialties such as char kway teow and curry mee.

The hotel’s British heritage, meanwhile, shines through in its daily Afternoon Tea. Croissants, macarons, salmon rolls, cucumber sandwiches, fresh scones with cream and jam, and a wide range of traditional and fruity teas, all served in the stylish 1885 restaurant. The nearby Planter’s Lounge is where complimentary Continental breakfast is served for guests of this new wing, the Victory Annexe which was opened in 2013.

It is in this wing where the hotel’s newest and largest of its two gyms and two swimming pools are located, along with a boutique, tailor and salon. Flanking this sixth-floor infinity pool is the Poolside Terrace, an open-air venue with sprawling sea views which is perfect for sipping on the hotel’s signature E&O Sling cocktail (Bombay Gin, Grand Marnier, Crème de Menthe, Drambuie, lemon juice and lemonade). Yet for guests there’s little reason to leave your cocoon each day such is the comfort of the suites in the Victory Annexe.

Seamlessly blending the old and the new, these rooms are wonderfully spacious, inviting and convenient. There are 118 studio suites (55sqm), which have polished wooden floors, fine rugs, luxurious white linen, and huge marble-draped bathrooms with claw-foot bathtubs, twin vanities and two Malay-style silk sarongs. The 14 corner suites (123sqm) have large bedrooms, a rainforest shower in the bathroom, and a separate guest washroom connected to the enormous living area. Their outstanding feature, however, is the huge L-shaped terrace which wraps around their exterior, offering views of both the ocean and of Georgetown.

Both of these styles of suite are fully automated, with touch screens that control everything from the temperature to lighting. They also boast free WiFi, satellite television, a daily fruit platter and complimentary soft drinks from the mini bar. This latter list of features also applies to the suites in the separate Heritage Wing, which is the original section of the hotel.

The history of the property is highlighted in the subtle touches of the suites in this wing: rotary telephones, original light switches, antique clocks, and vintage furnishings. As much as I appreciate and admire the sleek modern designs of the Victory Annexe, there is something so alluring about the Heritage Wing. This is where the hotel is at its most unique, its most fascinating, its most elegant. Being here fires my mind, as imaginations appear once more of the luminaries who would have slept, relaxed and partied right here in bygone eras.

The Heritage Wing also has the advantage of eight different styles of suites. These range from the 64 cozy Deluxe Suites (58 square meters) with calming sea views, up to the opulent, one-off Penang (241 square meters) and E&O (522 square meters) suites. These two gigantic suites have hosted everyone from presidents to world-famous artists, singers and actors. The old-world charm of the hotel permeates every corner of the Heritage Wing. If guests need another reminder of its history, they need only look out the window at one of its four timeworn cannons. While the cannons never saw action, this hotel has seen nothing but that for 133 years.