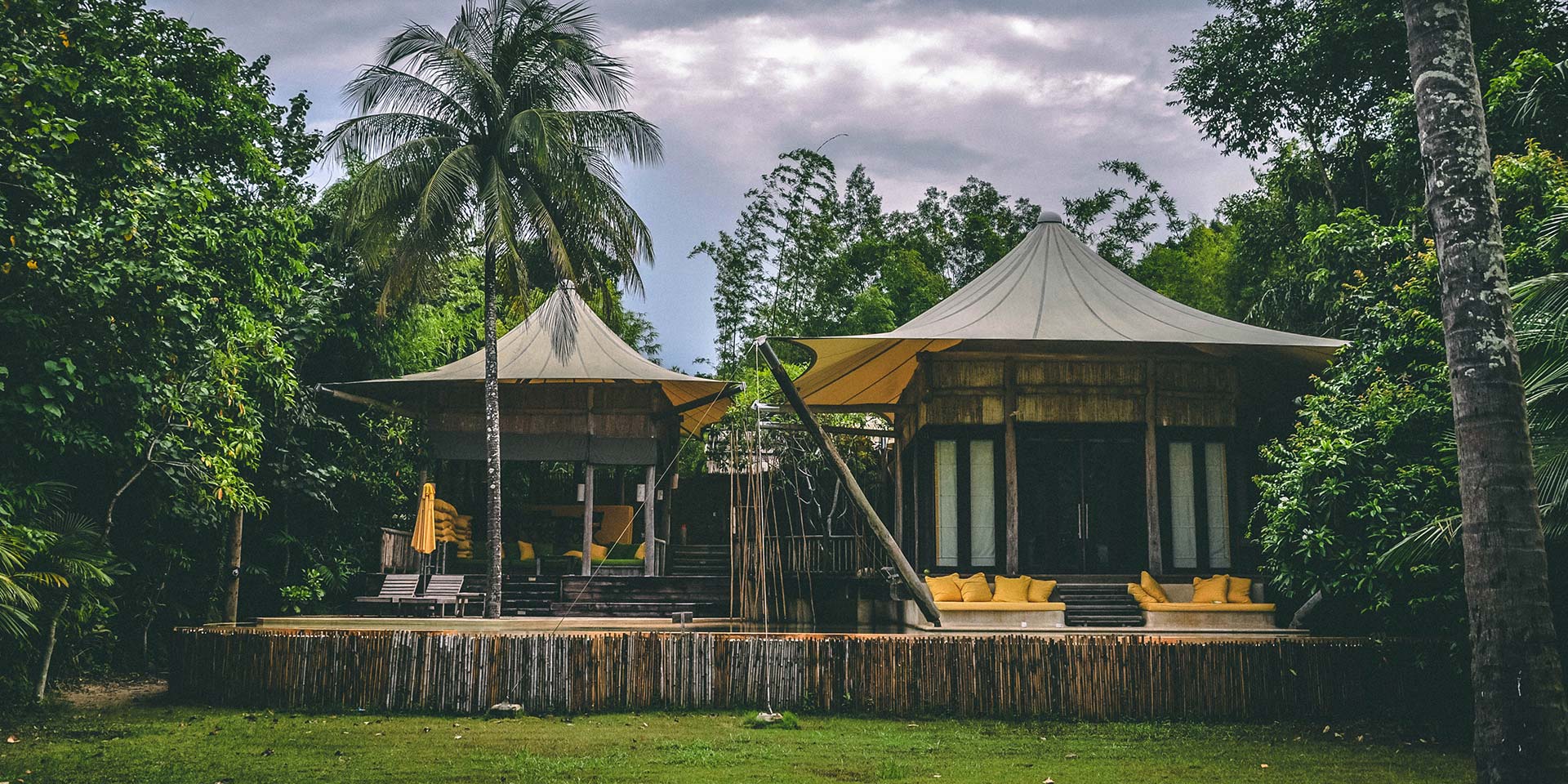 I have no idea why people go to Phuket for a beach holiday. Sure, the Andaman sea is clearer, the underwater life is more diverse, the facilities are more developed, and there’s even Michelin cuisine to be had these days. However, for those of us who call the Kingdom home, the Gulf beats the Andaman any day of the week— particularly in the “off season” on Koh Kood.

Let’s get this out of the way. There is only one truly luxurious place to stay on Koh Kood: Soneva Kiri. The private plane takes off from Suvarnabhumi airport in Bangkok; it’s a little cramped— as private planes tend to be— and not a tiny bit frightening to see how pilots work. This is the only way to fly to Koh Kood.

Meet your personal assistant (called Friday) who will hand you an old Nokia phone with their number so that you can always contact them. Hop in your golf cart and tear around the nicest resort in the whole of eastern Thailand — bar none. Hit the spa, get a cocktail by the pool, order a cocktail by your own pool, or just enjoy the quiet of the gardens.

Snorkeling can be had right off the beach, and diving trips can be arranged in the clear water seasons. If the water is too choppy, travelers will just have to avail themselves of the many food options at the resort. Benz is perhaps the best fine dining in Eastern Thailand, excellent gastronomy can be found at The View, or head up into the famous Soneva Kiri Treetop experience.

For the truly decadent, there’s the chocolate room, which is just like it sounds. Just open the door and eat as much of their on-grounds grown chocolate without judgement as can fit inside a human body. Just outside the chocolate room is the sherbert; this reviewer recommends the raspberry. Or, rather, I don’t because every other sherbert I have had since has been a pale imitation.

One of the more fascinating elements of a stay at Soneva Kiri is the Observatory (out of which the best of breakfast is served in the morning) and the Cinema Paradiso, where visitors can watch a film over a lagoon on certain days, weather permitting.

Go to the Khlong Chao Waterfall

The beach is the most common draw for Koh Kood, but if you’re staying at Soneva Kiri, you likely have a semi-private beach with off-the-sand snorkeling available to you in the clearer seasons. So, put on your boots and head for the waterfalls.

The most striking and swim-friendly waterfall on Koh Kood is Khlong Chao, though it takes a bit of a hike to get there. By no means a prohibitive hike, the way there can be tricky in the wet season as everything is covered in a film of slippery moss.

There are no safety features around, so be wary of being swept away in the lower reaches during the wet season and don’t— like an absolute idiot might— put your entire body under the waters while standing on the rocks behind the water. If such an idiot did something like that, said idiot would fall over and hit my— I mean his/her— head on the rocks.

Still, it is idyllic. The water can be cool on overcast days, so brace for refreshing, cool waters as you tiptoe into the freshwater haven from the Thailand heat.

On somewhere like Koh Kood and staying somewhere like Soneva Kiri, one might be pressured into just staying with sybarite pleasures, but there is some culture to be had here too, particularly for photographers. While there are some temples of note on Koh Kood, those on short trips would be well-advised to spend at least one afternoon walking the grates and wooden platforms of the Ao Salad fishing village. The colorful boats make for good fodder for the Instagram-happy, but, more importantly, it’s a way to get off the beaches and into Thailand life. Have a coffee, enjoy the views, maybe chat with a fisherman or two.

Ideally, this should be part of a wider day out, such as in the Soneva Kiri Koh Kood Discovery experience, considering that getting about on Koh Kood can be somewhat time-consuming.

ABOVE: Mangroves of Koh Kood.

This reviewer’s only experience with kayaking comes only from watching from the deck of the Benz restaurant before the dinner rush. Those with better balance and more confidence can be assured of a regular kayaking community here through the empty mangroves of Koh Kood— empty, that is, except for the monkeys you might spot. Indeed, the waters of the lagoons to the private Soneva Kiri beach are calm enough sometimes even in the off season for kayaking on the sea.

Elephants, Fishing and Tropical Thai Islands with the Kids in Tow

Short hikes to Khlong Chao or Ya Ki are often enough for most travelers who can then enjoy a dip in the water, but proper hikers will be pleased to learn that Koh Kood is big enough to enjoy a particularly long day hike through fairly dense jungle paths.

Though monkeys and wild boar are rare sightings throughout, there is an option with Soneva to enjoy a guided hike with their resident tropical ecologist to explore the more than 100 types of butterflies on the island — an ideal journey for maco-photographers. Be warned however, as this is an all-day activity that can be a little trying for less healthy travelers — or travelers who spend more time in the Chocolate Room that would be medically advisable.

It’s true that Koh Kood doesn’t have the travel pedigree of Phuket or Samui. It’s smaller, less developed, and the water can be choppy at certain times of the year. But, this is a favorite of anyone who feels like taking the time to see the islands of Thailand more peacefully.