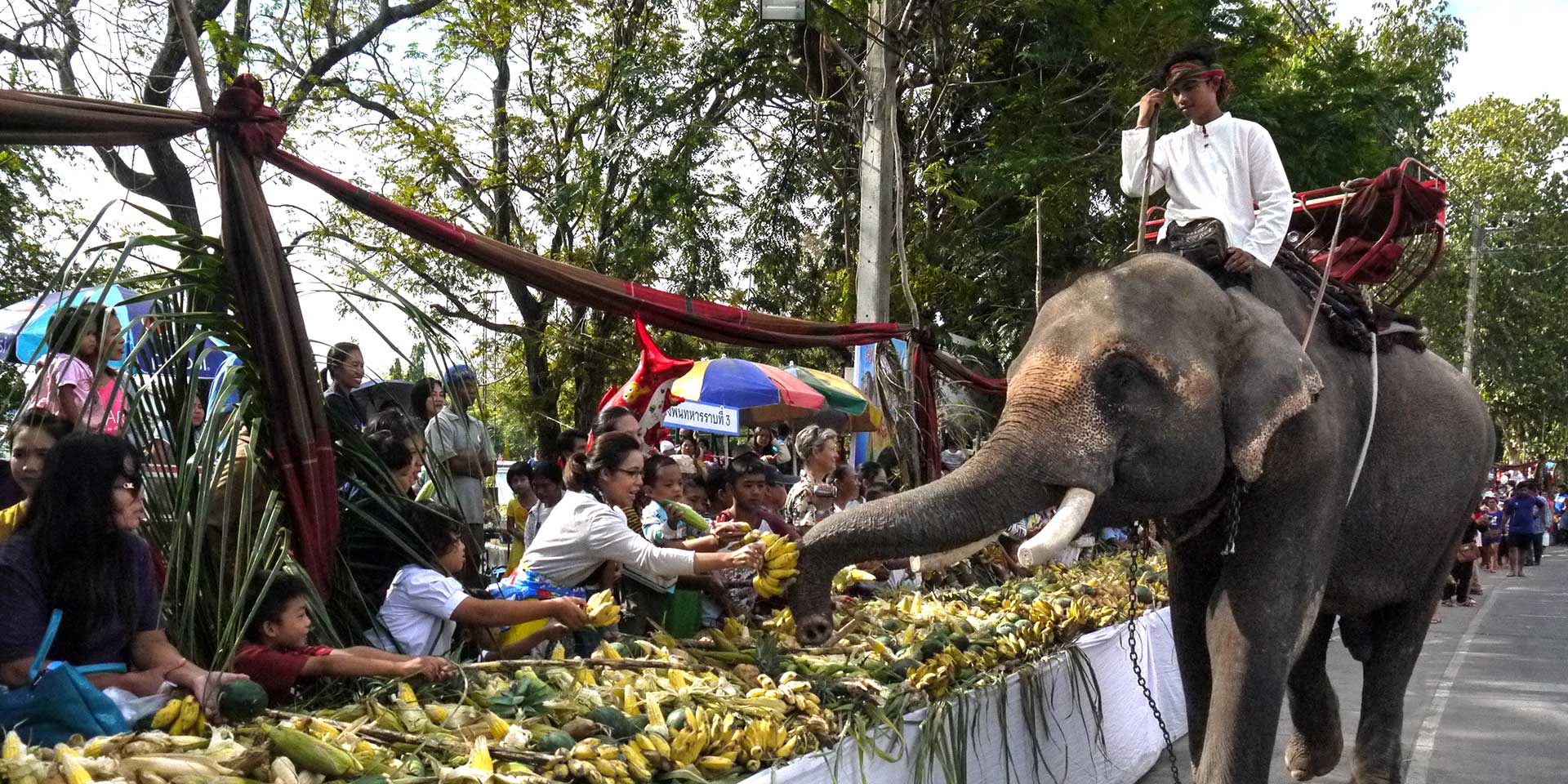 The national symbol of Thailand – the elephant – is in great danger.  There are only about 1,500 elephants living in the wild and 3,000 left in Thailand, many of whom were not even born in Thailand but rather in neighbouring Myanmar (Burma). For a nation whose character and international recognition relies greatly on the elephant’s noble, magnificent spirit, the elephant has become perilously endangered.

In an effort to prevent the elephant from becoming extinct in Thailand, Surin became host to a pilot project that attempt to resettle homeless street elephants, an effort led by Lek Chailert at the Elephant Nature Park in Chiang Mai,Time Magazine’s “Hero of Asia.” Surin, a small town in Isaan near the Cambodian border, is home to some of the best mahouts or “elephant drivers” in Thailand and all of Asia, so it is only natural it became host to this project.

Elephants have a long and storied history in Thailand and Indochina, and in Surin in particular celebrated throughout history, from Noah’s Ark to the transportation mode of Alexander the Great as he conquered the known world the elephant is a mighty warrior: a troop carrier, bulldozer and true friend. The elephant will give you all it has and all you might need. You can even clip its ivory just as you might clip your own fingernails in a painless manner.

Surin has long been known as the haven of elephant trackers, who have excelled at attracting and capturing Cambodian elephants, a craft that evolved over many centuries. However, since the advent of the Khmer Rouge, the K-5 landmine belt between Thailand and Cambodia, and the death of elephants in Cambodia, this behaviour has ceased to exist.

These days, Surin hosts an annual Elephant Round-up festival every November.   In November 2012, I drove approximately 6 hours from Bangkok and checked in the Thong Tarin Hotel, a basic hotel by any standard but the best in the town.

The festival is a multi-day event, starting with the “Elephant Buffet” or Elephant breakfast on the first day, and followed by elaborate battle re-enactments the next day. Elephants are dressed as they might have appeared in historical battles in traditional Thai, Lao and Cambodian style.

On the first day, I set out early in the morning to see the Elephant buffet. Hundreds of people waited in the Surin town center, noted for a statue of two huge elephant tusks, for the event to begin. After speeches by the mayor and other local officials, dozens of Thai girls began doing traditional Thai dances.

What unfolded next was truly a sight to be seen as a procession of elephants were led through the square and onto the buffet. The elephant buffet is an enormous affair, with food such as bananas and pineapples on the side of the road stretching several city blocks for the elephants to eat freely. The locals happily joined in to help feed the elephants. Nothing goes to waste: any food that is not eaten by the elephants can be taken home by Surin residents.

Over 300 elephants took part in the event, making it quite the spectacle – and that was only the beginning. Elephant games, tests of skill and strength, are also a part of the festivities: it is incredible to see elephants. kick around soccer balls and engage in a tug of war. If you’re lucky, you can also have the opportunity to talk to some of the older mahouts who are the last original masters of the craft. The Karen of Myanmar are also considered to be outstanding mahouts.

The Surin Elephant Round-up is held on the third weekend of November unless otherwise indicated. The annual festival gives hope that Surin can be a place where elephants can be saved and resurrected, as despite the great danger they are in, even in the 21st Century, the echo of these epic, noble and magnificent creatures can still be heard.