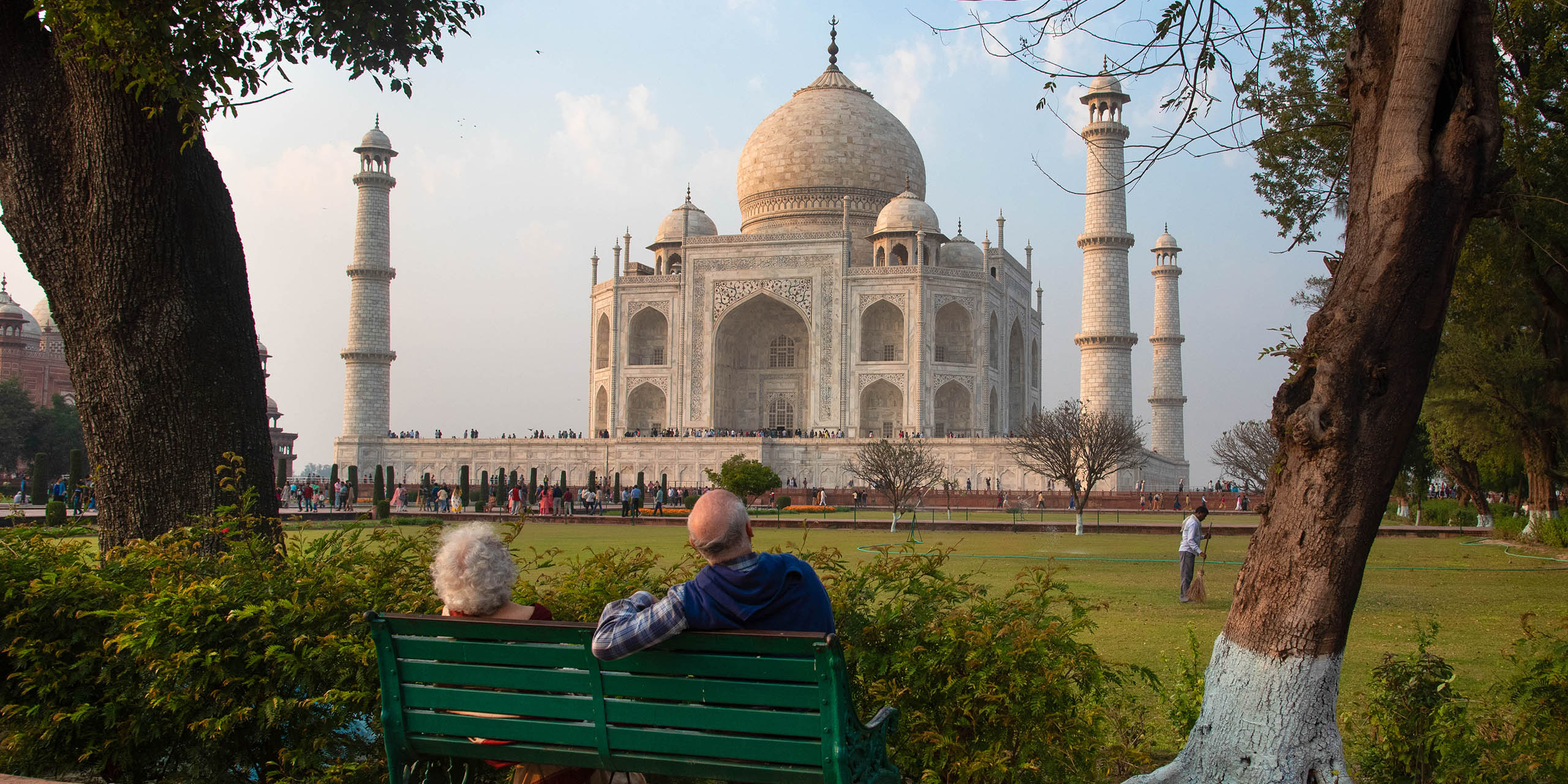 India’s Nobel Laureate poet Rabindranath Tagore once compared it to a teardrop in the face of time. The iconic Taj Mahal has been the most recognizable monument of India for more than four centuries. However, in the popular imagination, Agra has remained the home of the Taj, and nothing more. But the city, once the capital of the mighty Mughal Empire, is an eclectic mix of cultures and traditions imbued with hues of modernity. Vignettes of the streets and architectural gems tucked away in the folds of the city’s labyrinthine alleys are only some of the things without which the Agra experience is incomplete.

On the Mughal Trail

Agra was an unknown town of little importance on the banks of river Yamuna till the mid-16th century. It developed as an architectural paradise, a pivot of political activity, and a buzzing trading center of the Indian subcontinent under Emperor Akbar. Located on the right bank of the River Yamuna, the Agra Fort is a 16th-century red sandstone citadel established by Emperor Akbar. The fortress had served as a royal residence and military base of the mighty Mughal Empire till 1638. The fortified ramparts of this UNESCO World Heritage site have a circumference of about 1.5 miles and rise to a height of 70 ft. And it is befitting that the great ruler was laid to rest at Sikandra, 10 km from the capital of his sprawling empire. The red sandstone mausoleum is an architectural splendor with its towering gate, minuscule minarets that give it the look of a dainty Rajasthani palace more than an Islamic tomb, and the manicured gardens where you can spot a few deer rambling about!

Another beautiful tomb is I’timad-ud-Daulah, the stunning white maqbara of Emperor Jehangir’s Persian minister. Standing proud on the banks of the Yamuna, the mausoleum marks the transition of the Mughal School of architecture from red sandstone to white marble and is considered by historians to be the blueprint on which the Taj was designed.

An extraordinary ensemble of Mughal-built heritage can be traced in the gardens that line the banks of the Yamuna River. These gardens were created over more than 100 years as sanctuaries of respite from the sweltering heat. While some of the gardens are in various states of disrepair, some of them like Ram Bagh, Chinni ka Rauza and Mehtab Bagh still bear brilliant testimonies of Mughal landscape traditions with neatly laid out planting patterns. And the garden of I’timad-ud-Daulah still deploys an ancient water system of channels and walkways.

Agra fell into the hands of the British in 1803 and was one of their most important seats of power for the next one and a half-century, during which period the city witnessed some tumultuous upheavals, including India’s First War of Independence in 1857. The built heritage of Agra’s colonial past lives on in the immaculately maintained Roman Catholic cemetery as well as the grand Indo-Saracenic St John’s College, and the gothic Agra College. The beautiful St. George’s Cathedral, with its yellow ochre stucco and white dressings, and ionic columns carrying a slightly vaulted roof continues to draw the Christian population from the nearby areas along with tourists.

A nearly forgotten relic of the city’s colonial past is Abdul Karim’s tomb. It is a pagoda-like mausoleum built in the memory of Queen Victoria’s favorite munshi. The relationship between the British Queen and her Indian assistant who lies interred here in this simple monument remains the subject of debates, speculations, and even a blockbuster film!

Taj Mahal was built from 1632 to 1648 when the sprawling neighborhood of Mumtazabad took shape by the South Gate of the Taj Mahal, where the masons and architects of the mausoleum found their homes. Almost four centuries later, the labyrinthine lanes of the neighborhood (known as Tajganj) still accommodate the descendants of the creators of the Taj in their 17th-century homes, many of which command magnificent views of the iconic ivory-white monument from the rooftops. Tucked into the folds of this atmospheric locality is the dargah of Syed Jalal Bukhari Rehmatullah, who protected the foundations of the Taj Mahal from evil spirits. The three-arched, single-dome Sandali Mosque, built in memory of Kandhari Begum, the first wife of Shah Jahan, is also worth a visit for the mystical stories that shroud the monument and its feline residents.

Into a Time Warp

The quintessence of Agra is best felt in its bustling streets and busy bazaars. A walk through the spice streets of Rawatpara redolent with the strong smell of turmeric, cinnamon, and cardamom can be a sensory experience heightened at the nearby Khoya Gali. The curious traveler next walks into Namak ki Mandi, where artisans make gold and silver foils for Ayurvedic medicine. The green and white Akbari Mosque is nearby, from where the stone-paved street of Kinari Bazaar leads you into a time-warp – a kaleidoscope of roadside shrines, tea stalls, vendors of knick-knacks—all of which look as old as the street that dates back to the 16th century.

Agra has retained its living traditions of handicrafts with a deep and interesting history behind them. The most famous craft that has been passed down generations for more than 350 years is the marble inlay work. A classical art form that was brought to the Indian subcontinent by Italian travelers in the 16th century, it involves very precise and minute patterns etched on marbles.

Legend has it that Emperor Akbar once issued a decree that all his soldiers must wear shoes. Shoemakers from all over the empire were called up in Agra and an indigenous leather industry boomed in the kingdom’s capital. The legacy continues, and the city remains one of Asia’s largest shoe manufacturing hubs.

Embroidered textiles with intricate motifs of gold and silver threads, popularly known as zardozi design, are another homegrown industry of Agra. A Central Asian import, the art has been modified here by craftsmen who make use of a combination of copper wire with a golden or silver polish, and silk strands.

The rich legacy of Mughlai cuisine lives on in Agra. Authentic Mughlai dishes are served in upmarket restaurants. But for the intrepid connoisseur its vibrant streets and chaotic lanes whip up some of the best dalmoth in the country. It’s a crunchy lentil-based snack paired best with a cup of piping hot masala chai. Succulent sugar-syrup jalebis come with bedhai, a fried puffy bread with a small bowl of vegetables and a dollop of curd. But the crowning glory of Agra street cuisine is petha, a dessert made from white pumpkin or ash gourd imbued with different flavors. It’s a suitably sweet ending to explorations into the nuances of this medieval city. 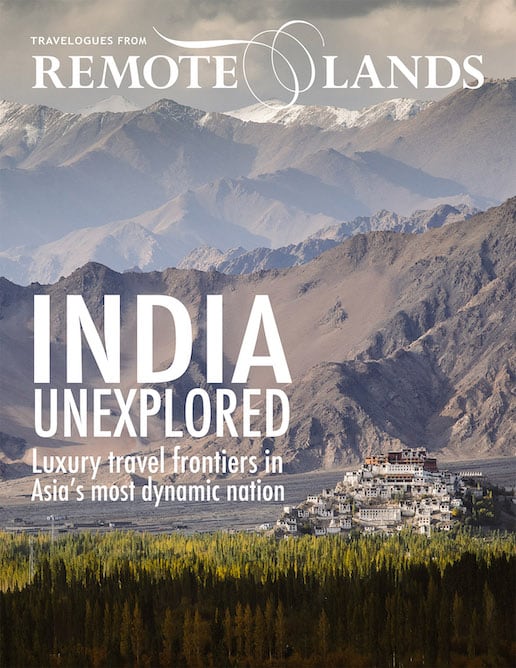 Nowhere in Asia has such a diversity of wonders — tribes, mountains, deserts, beaches — and for travelers willing to go a little further, India is alive.