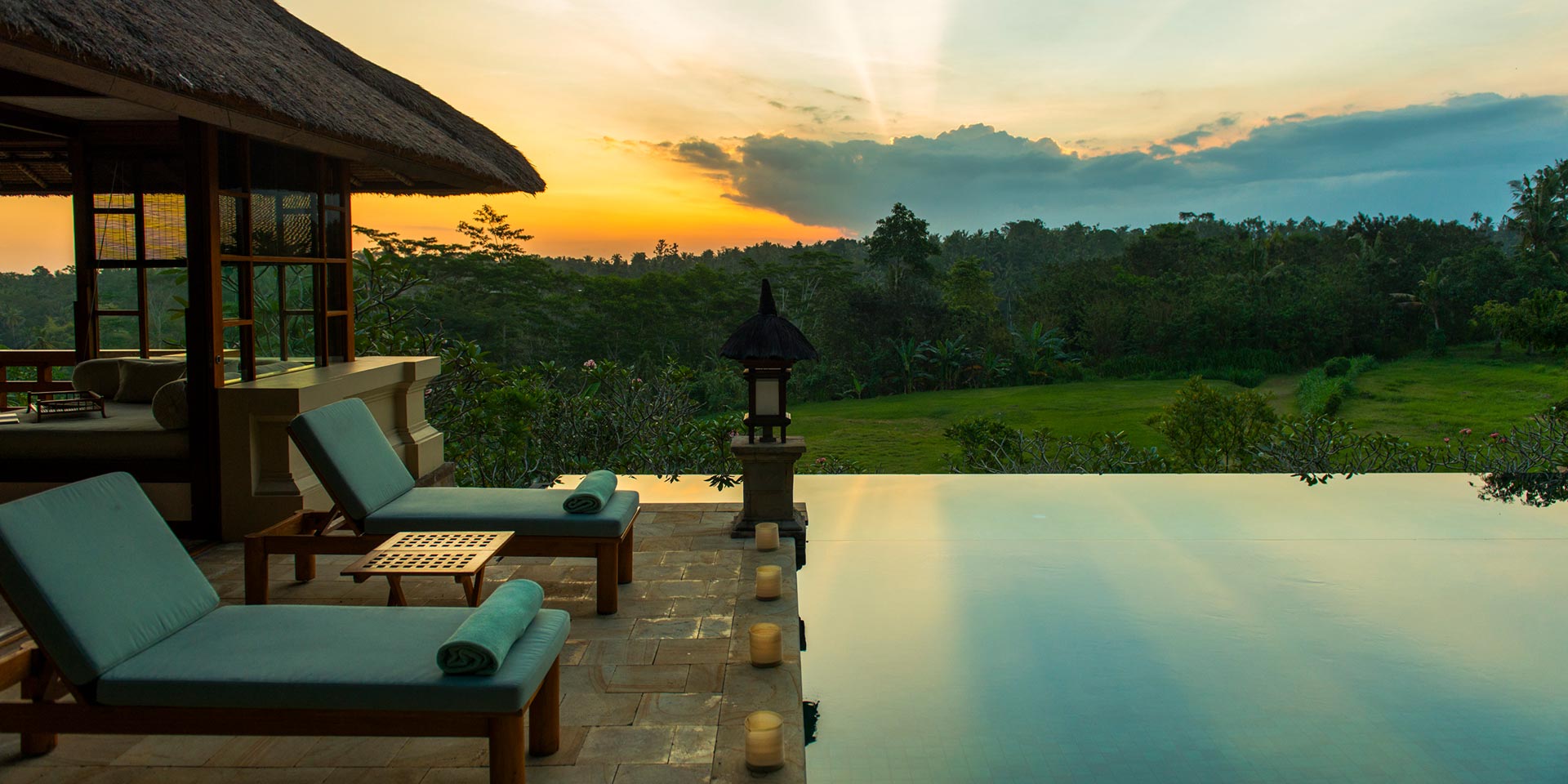 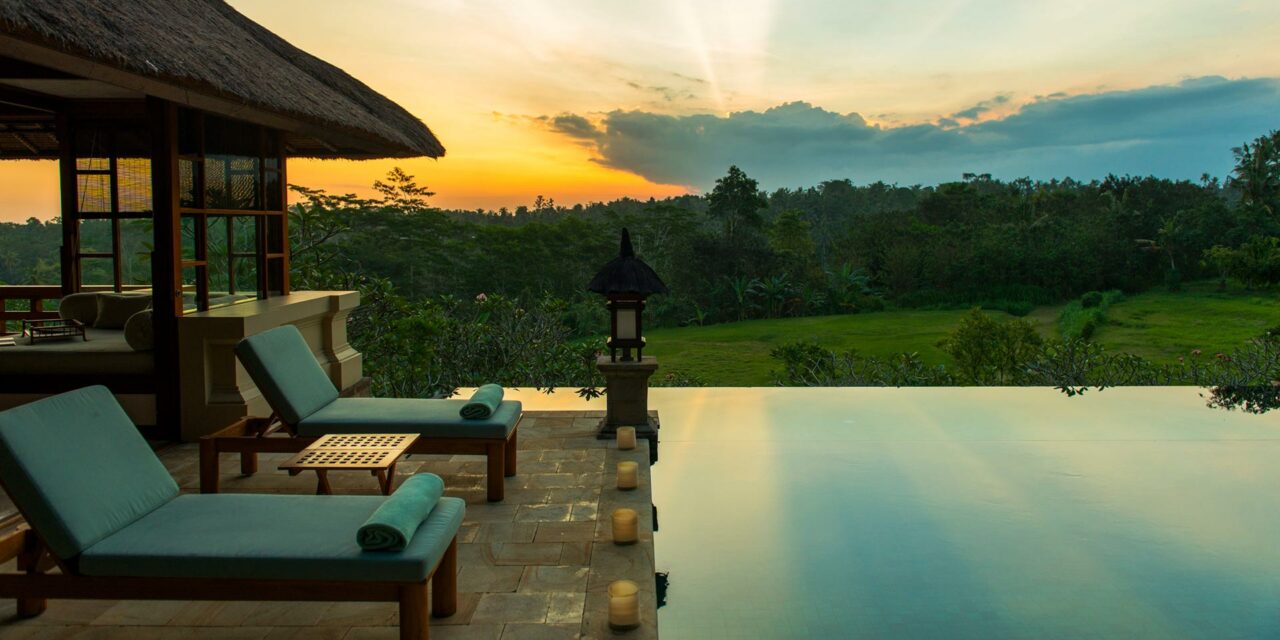 Aman – a staple of international luxury travel and host of the Aman Private Jet Expeditions – are pulling out all the stops at their Indonesia destinations to celebrate the 30th birthday of Amandari in Bali. March and April this year will feature particularly special experiences to accompany the resort’s anniversary. Aman’s first Bali resort, Amandari opened in 1989, built to simulate a traditional Balinese village. The resort is renowned for its service; there are several staff members that have been around since the beginning and even second-generation staff members. Aman only recently celebrated the 30th anniversary of its oldest resort, Amanpuri, late last year. Today, the brand’s accommodations span 33 destinations.

ABOVE: Picnic at Amandari.

At the Amandari resort, every full moon in 2019 will be commemorated by a special blessing ceremony and moonlit trek. This outdoor experience begins late in the afternoon at the Amandari’s Temple, which is also attended by local villagers. The purpose of the ceremony is to harmonize the relationship between humans and the world. After the village priest completes the temple blessing, guests are led on a hike through rice paddies and orchards as the sun sets across the land. The moon will rise as they move through villages in the valley, and after about 90 minutes of hiking, they will reach a prepared picnic site which also features live gamelan music.

As a final celebration of the resort’s 30th anniversary, an Instagram competition will be held. Whoever provides the best image with the hashtag #Amandari30 will be declared winner and awarded a three-night stay at the Amandari resort.

Drinks on the 30th

ABOVE: Dining area at Amandari.

On the 30th of every month of 2019, the Amandari’s General Manager will be inviting guests to the resort’s bar to enjoy drinks commemorating the anniversary. The scenic bar is an open-air structure supported by coconut-palm columns. The bar’s typical aesthetic will be given an extra touch of life on these occasions thanks to traditional Balinese dance performers.

Dynamic and intensely expressive, these dances use artful footwork to tell the stories of local legends. These performances are also a testament to the resort’s philanthropic endeavors, as all the performers are trained at a local dance school run by the Amandari.

ABOVE: Babi guling at Amandari.

The Ubud Food Festival began in 2015, and in just four years this three-day gourmet adventure has emerged as one of the preeminent culinary events in Southeast Asia. This festival, which is held from the 26th to 28th of April and has always been supported by Amandari, showcases a wide array of Indonesian cuisine.

The festival draws together established and upcoming figures in the culinary world. Guests can walk through the festival grounds or enjoy the Amandari’s own culinary creations, as it will be hosting a special anniversary event that is part of the 2019 festival. Additionally, various cooking classes will be held at the resort throughout the year wherein guests are taught how to create Indonesian dishes from scratch by the Amandari’s executive chef.

ABOVE: Dance students at Amandari.

Continuing its commitment to supporting Kedewatan, the Amandari will invite children from Kedewatan Elementary school to the resort every month of 2019 to take an educational walk through the hotel and learn about its various environmentally friendly initiatives, which range from composting and waste management to reforesting and organic farming.

Festivals in the Spring and Kamasan Painting

ABOVE: Gamelan band at Amandari.

Shooting Bali: Paradise Under the Lens

Additionally, Amandari will host an art installation in its library that will feature works by children from the nearby Kesayan Ikang Papa Orphanage. The works will be for sale, and all proceeds will be donated to the orphanage.

A slew of festivals and local holidays in the spring will bring the anniversary celebrations at the Amandari to a fever pitch. First, there is Nyepi Day on March 7th, which is the beginning of the Balinese New Year. Known as the Day of Silence, a number of special activities are held at the resort to commemorate this day.

Yoga and meditation classes are held in the early morning, and later in the day guests get a chance to see a colorful village procession. Special Balinese dishes are also made to commemorate the day.

ABOVE: Village spa journey at Amandari.

Later in March, on the 19th and 20th, the Amandari Piodalan Temple Ceremony will be held. This annual ceremony commemorates the anniversary of the Amandari’s Temple. Also, there is the Panca Wali Krama holy celebration being held, which lasts from March 6th to April 12th. Though lasting for over a month, this festival only occurs every ten years. It is held at the Besakih mother temple, and the sacred event aims to cleanse the universe.

Throughout 2019, Amandari will offer regular Kamasan painting workshops for interest guests. This style is derived from the village of Kamasan, which is renowned for its painters, gold- and silversmiths, dancers, musicians, and puppeteers. The village’s name has been employed to denote Bali’s most traditional painting style – the Kamasan Painting style. Replete with visual narratives of Hindu-Javanese epics and other indigenous stories, this painting style is traditionally drawn on cloth or bark paper with natural dyes, and the figures and ornamentations within are typically produced collaboratively. The Amandari’s special series of painting classes will be led by Bapak Sindu, who will explain traditional techniques and reveal the historic and stylistic meanings behind this iconic Balinese form of artwork.