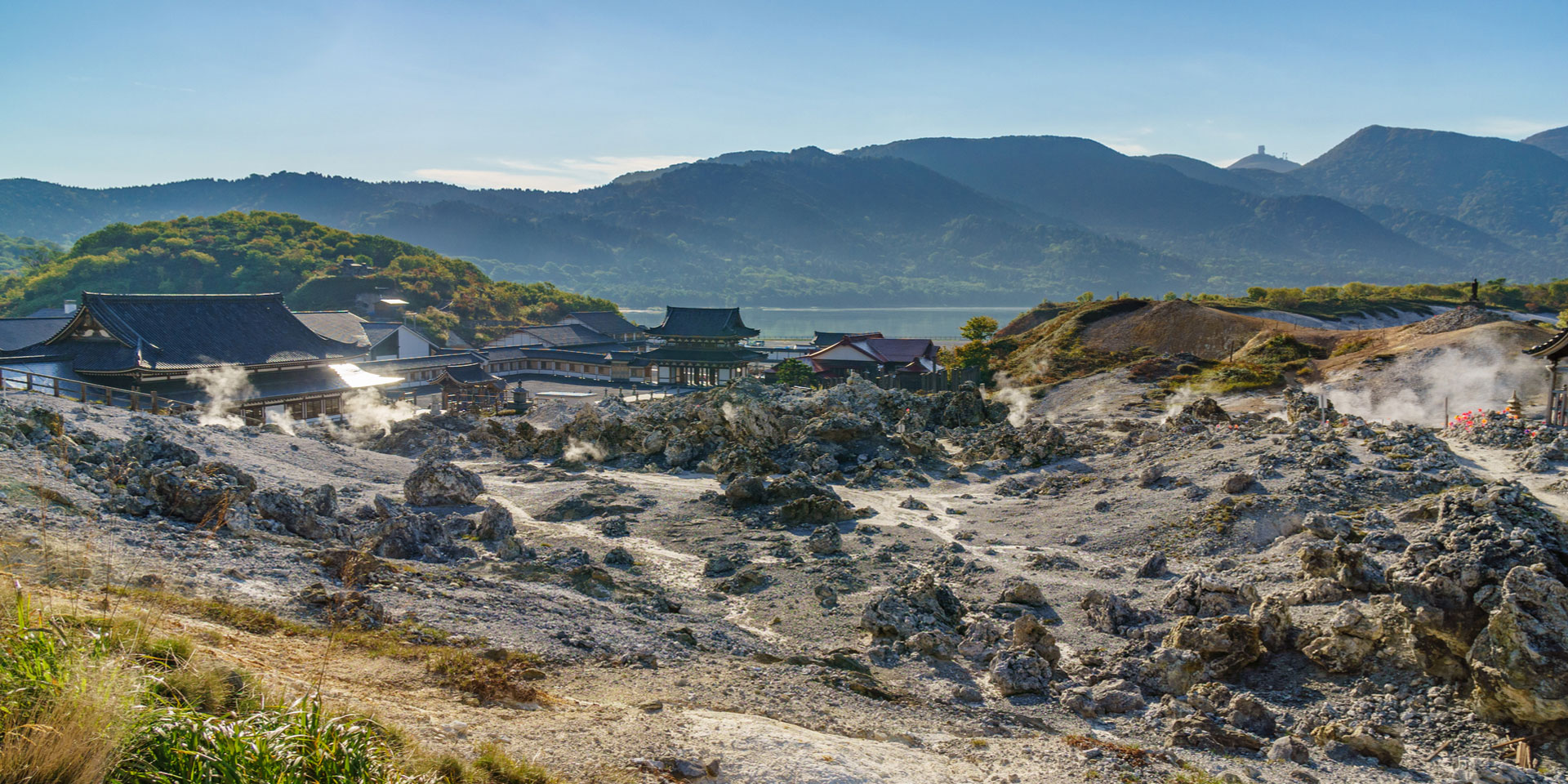 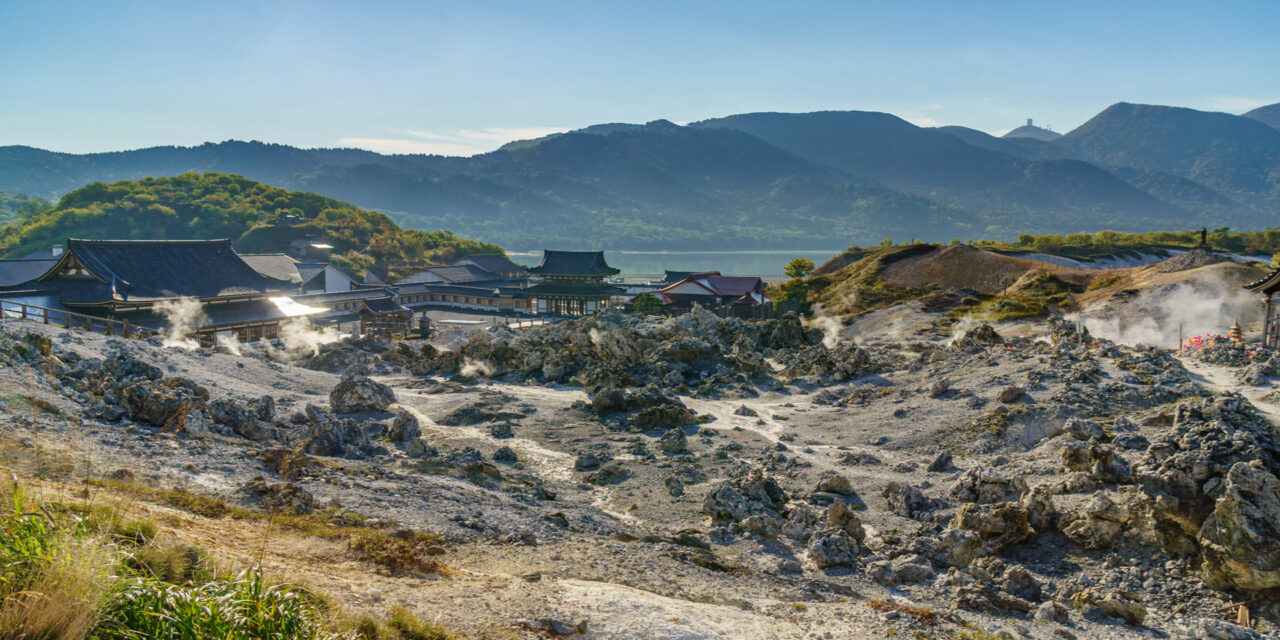 At the very tip of Tohoku is Aomori Prefecture, and at the very top of that prefecture is where you’ll find Osorezan, or Fear Mountain. There are two things you should know about Fear Mountain: it’s not really a mountain, and it’s not very scary. It is, however, a very holy site complete with some otherworldly landscapes. The volcanic nature of Osorezan has carved out a special – and quite strange – spot for itself among the sights of Tohoku; however strange the landscape seems, this site is deeply important to Japanese Buddhism and spirituality.

ABOVE: Statue and rock pile on Osorezan.

The site of Osorezan was discovered over 1,000 years ago by a Buddhist priest, Ennin, who was searching for a remote landscape that resembled the Buddhist notion of paradise and hell, a place so desolate that it could instill both fear and delight.

Since its founding in 862, the home of the Bodai-ji Temple has been revered as a holy ground where souls of the the deceased gain entry to the afterlife. Among the many statues surrounding the temple is Jizo, the guardian of the unborn and those who die in childbirth. Jizo is also considered the patron saint for expectant mothers, firemen, pilgrims, and the protector of beings caught in the six realms of transmigration. Dedicated to him and those he protects, is a pond appropriately called the blood pool.

Visitors during the summer festival from July 22 to 24 will find groups of devotees who spend months in purification processes while making the pilgrimage to the sacred site to communicate with the dead though blind mediums known as itako. Today, Osorezan is one of the most sacred places in Japan, alongside Mount Koya and Mount Hieizan. Ennin

The Really Quite Pleasant Eight Pools of Hell

An intersection between the worlds of the Gods and the mortals, Osorezan’s landscape rides the strange line between beauty and despair. There are a number of geysers and hot springs throughout the area, with green carpets of deciduous trees and nearby azure rivers and lakes that provide contrast to the black volcanic face.

Signs warn of dangerous pit vipers and sulfur fills the air as pockets of it bubble through the grey and barren rubble surface, giving it a distinct smell as well as serving as a reminder to all who visit that this is still an active volcano. The conflicting attributes of light and dark signify the Buddhist depiction of Hell and Paradise on Earth.

ABOVE: Piles of stones on Osorezan.

In front of the Bodai-ji Temple are piles of stones, which were placed by parents of dead young children with hopes that Jizo will help the children cross the river in safety. Adding a touch of color, the grounds in front of the temple are often littered with offerings of windmills.

ABOVE: Bridge to nowhere on Lake Usori.

Formed by the Osorezan caldera, Lake Usori is surrounded by eight symbolic peaks, and is also known for its turquoise blue water and white sand. A favorite place for walking and reflection, visitors are warned to avoid the slightly acidic waters.

Adding more eeriness to the Osorezan legend, is the Sanzu no Kawa river which lies just beyond the lake. It is reputed to act as a passageway from this life to the next, much like the River Styx in Greek mythology. All dead souls must cross the river, often with six gold coins to pay they way.

A popular destination for pilgrims and the curious, the gateway to the afterlife is a 45 minute bus ride from from the Shimokita Station, with three to five bus trips daily. The Osorezan area, including the lakes, can only be visited in the warmer months, so visitors should make sure not to book a trip between November and April.

An easy place to get lost, the area offers visitor accommodations for those who don’t mind sleeping on an active volcano in the land of the dead. Okay, so maybe it’s a little scary.