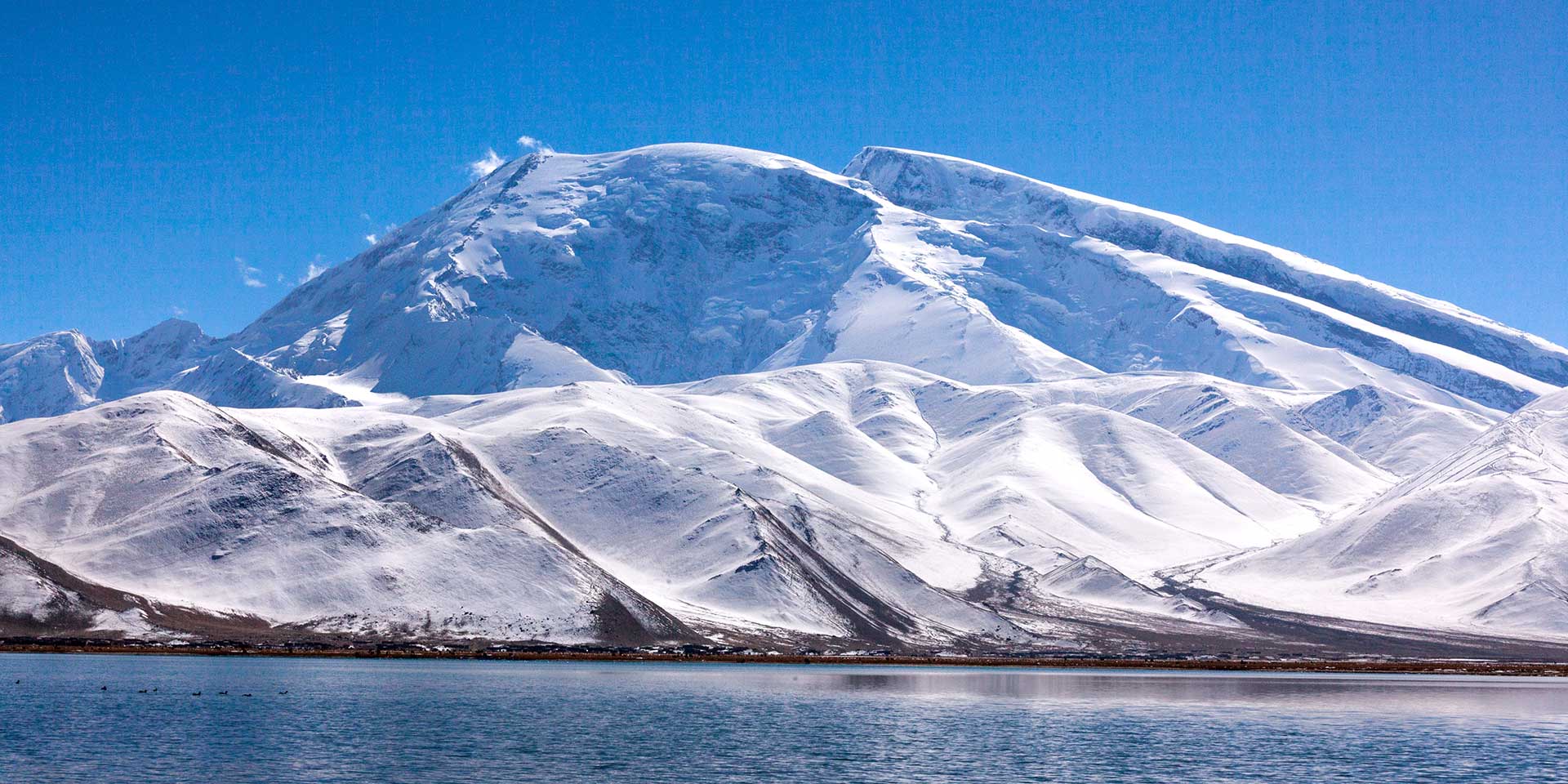 I have dreamt of taking a road trip along the Karakoram Highway ever since a friend of mine – a fellow photographer – showed me the extraordinary scenes he was able to capture through his lens when he made the trip back in the early 90s. The road, which connects China to Pakistan, winds its way through the majestic, snowcapped Karakoram Mountain Range. On a recent trip to Kashgar, China’s westernmost city, I finally got my chance – the opportunity to spend an entire day driving to, and experiencing, the stunning Karakul Lake, on the China side of the Karakoram Highway.   It was a journey 20 years in the making.

The Karakoram Highway is the highest paved international road in the world, and I knew that we were going to reach some serious altitude on the journey – so high, in fact, that the highway is often referred to as the Eighth Wonder of the World (due not only to its elevation but also the difficult conditions in which it was constructed). We departed our Kashgar hotel at 8am, stopping along the way to stock up on freshly-made Uyghur naan bread – a regional staple – to sustain us on the long 124 mile journey to Karakul Lake. Less than an hour into the trip, the scenery began to transform: what was once flat farmland was now a dramatic backdrop of imposing, snow-covered mountains.

A short time  later, we were stopped at a check-point, where we were asked to get out of our car and show our passports. I looked around and noticed many local Tajiks, Kyrgyz, and Chinese people doing the same, but there wasn’t a single tourist (besides us) in sight. At this point, our guide pointed out some tracks going up the mountainside that he said were part of the original Silk Road. Indeed, the highway itself traces one of the many paths of the ancient Silk Road. I imagined what it must have been like back then on this caravan trail, trekking this route in such treacherous conditions, without the aid of motors, electricity, or lightweight, high-tech fabrics, and was thankful for my warm clothes and heated vehicle.

The scenery continued to become more spectacular by the minute, as our car plodded along the roads in the shadows of ancient, wind-carved mountains that were surely the subject of countless fables told by traders who plied the ancient trade route. We passed several Kyrgyz villages that dotted the highway, stopping each time for photos and a chat with the friendly villagers who were selling local wares. On one stretch, we noticed a dozen camels grazing by the side of the road. I learned that these were woolly Bactrian camels, known for their two humps and ability to survive harsh conditions. Sadly, these hardy beasts are critically endangered. I felt lucky to have been able to capture them with my camera. Another stretch brought us face to face with yaks, who were also grazing. Many Kyrgyz people depend on flocks of yaks and goats for their survival, though we didn’t notice any herders staking their claim. At this point, my ears popped with the altitude – we had started at 4,170 feet in Kashgar, and had now nearly reached our Karakul Lake destination…at 12,000 feet above sea-level.

I looked to the sky – it was clear blue, without a single cloud. The air, as we continued to climb, was cold and thin. I noticed several lakes that were so still and pristine that the mountains reflected perfectly in the water, like a mirror. The drive was an experience in itself, unlike anything I’d ever done before.

After around four hours on this breathtaking highway, we approached Karakul Lake, the highest lake on the Pamir plateau (and one of the highest in the world). Here, the snowcapped peak of Mt Muztagh-Ata became dominant. This was a truly spectacular sight, as Mt Muztagh-Ata, standing at nearly 25,000 feet in elevation, is the second highest of the mountains lining the northern edge of the Tibetan Plateau. Our guide explained to us that here, the mountains retain their attractive snowy peaks year-round, such is the climate.

Upon our arrival at Karakul Lake, I noticed several Kyrgyz yurts – circular tents traditionally pitched by nomadic tribes. However, I was interested to see that here, there were both yurts made of the traditional felt, and also concrete – obviously the latter not being terribly mobile. It’s possible to overnight in both styles of yurt, and if I’d had more time, I would have loved to spend a night or two in a traditional Kyrgyz yurt on the edge of the lake. However, many of these yurts were actual homes, with two different Kyrgyz settlements lining the lake. Tourists are able to rent camels and horses from the people who live in these settlements for an authentic journey around the lake (which takes five hours by camel and three hours by horse), and it’s also possible to go with local Kyrgyz people on a guided motorcycle ride near Mt Muztagh-Ata.

The lake was even more breathtaking than I could have imagined – photos simply didn’t do it justice. The water was flat, calm, and mirror-like, and I was interested to learn that its color changes from dark blue to more tropical colors like azure and light blue, though the lake’s name literally translated means “black lake”.

Looking around, I couldn’t believe that we were the only tourists to be seen. We decided to sit down to a wholesome, warm lunch at a small restaurant with a scenic lake view. There was only one restaurant to choose from the in the area, but our guide told us that many local families are happy to cook for tourists at reasonable prices if asked. Afterwards, we stopped to take photographs and speak with some of the friendly Kyrgyz people. We had been told that there was a Kyrgyz village out of sight, around a bend, and we weren’t supposed to visit it. Intrigued, we decided it was worth a chance, so we hopped back into the car and drove there, completely unchallenged. Indeed, I’m still not sure why were were warned against going there, as the locals were perfectly friendly, chatting to us and posing for photos.

At this point, our guide pointed out that we were not far from the borders of Tajikistan, Afghanistan, and Pakistan. Feeling as though in between many different worlds, we took a final look around, snapped a few more last-minute photos, and returned to our vehicle for the long but equally incredible ride home, stopping just as frequently for photos as we had on the way there.

It was now crystal clear to me that no trip to Kashgar is complete without a visit to Karakul Lake.