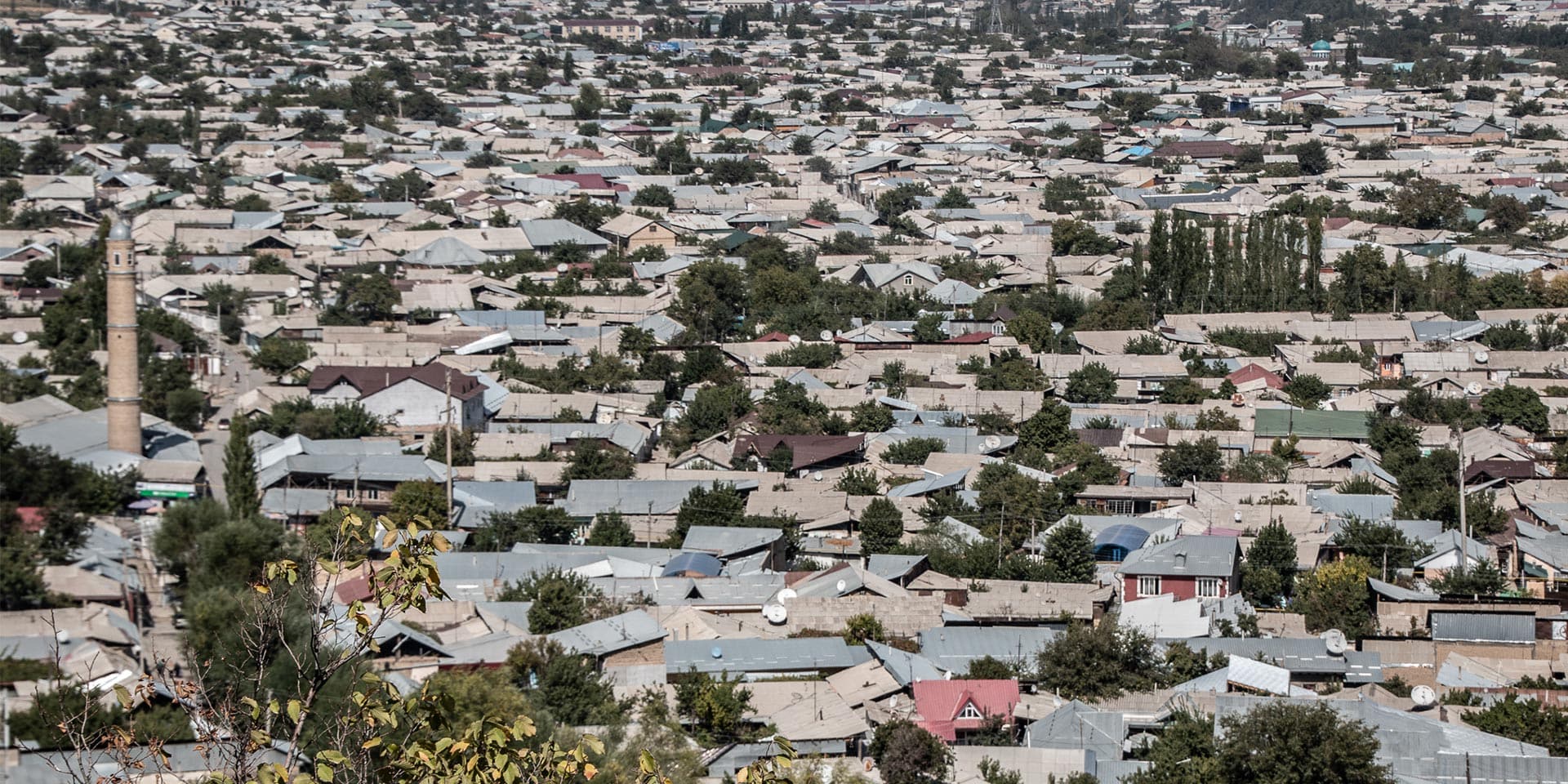 Osh is Kyrgyzstan’s second city. Arguably though, it’s the remote Central Asian nation’s most diverse and definitely most ancient city. The majority of travelers will pass through Osh as a transport hub to reach the high-altitude Pamir Highway or to travel across to the more well-known Silk Road cities of Uzbekistan. But Kyrgyzstan’s second city is most definitely worth hanging around to explore. If you have just one day in Osh, spend it well.

On the surface, it’s understandable that travelers simply pass through Osh. The city may have a history dating back 3,000 years, but over the centuries little of its heritage has remained. You won’t find glamorous Silk Road architecture like you will on the Golden Road to Samarkand. Even the rustic marketplace in Osh, said to be the oldest in Central Asia, is constructed from old containers sourced from the wars in Afghanistan.

The 3,000 years of history is found in the diversity of a population descended from all corners of Europe and Asia. A sacred mountain towers dramatically over the city, and one of the largest Lenin statues still standing in the post-Soviet sphere can be found right here in Osh.

ABOVE: Sulaiman-Too Mountain in Osh.

Travelers should start their day by climbing the most iconic sight in Osh; Sulaiman-Too Mountain is hard to miss. This dramatic rock dominates the skyline as it rises several hundred meters above the otherwise flat and featureless landscape of southern Kyrgyzstan.

For thousands of years, the mountain has drawn in traders, travelers, and pilgrims along the Silk Road. Zoroastrians worshiped fire within the caverns, and atop the summit hikers can find an Islamic shrine constructed by Babur, a ruler who went on to found the Mughal Empire. Travelers climbing the many steps to the top of Sulaiman-Too should stop along the way to enjoy panoramic vistas over Osh and ancient petroglyphs carved into the face of the rock.

The Archeological Museums of Osh

At the base of Sulaiman-Too, travelers can find a Soviet-style museum filled with intriguing archaeological artifacts from Osh and the surrounding region. While much of the city’s archaic legacies have been lost, the museum preserves much of what has since been uncovered.

At the far end of Sulaiman-Too itself, visitors can enter the Cave Museum, where an enormous metal entrance way, designed in true Soviet fashion, welcomes travelers into the interior of the sacred rock. Dramatic displays, mannequins and taxidermied animals demonstrate the importance of the mountain to locals through the history of human settlement in southern Kyrgyzstan.

ABOVE: Diverse locals walking through a covered market in Osh.

Osh, just a few miles from the border with Uzbekistan, has historically been more Uzbek than Kyrgyz in population and culture. The Soviet Union, during the divide and rule policy of Stalin, placed the city in the Kyrgyz SSR. When local borders became international borders in the 1990s, despite its majority Uzbek population, Osh would remain part of Kyrgyzstan. The city has always been diverse though, attracting communities from as far west as Ukraine and as far as China and India in the east. The huge multi-ethnic population is the most diverse of any city in the country, and travelers will find few truly Kyrgyz monuments or sites in Osh.

One of those few homages to Kyrgyz culture though is perhaps the most bizarre tourist attraction in the city. A Three Storey Yurt, built in traditional Kyrgyz fashion, stands tall in the shadow of Sulaiman-Too. Visitors can explore the collection of nomadic exhibits held inside and climb the rickety stairs to the tallest level for a view over the park where this strange sight is found.

Osh spent decades under the rule of Imperial Russia and then the Soviet Union before it became part of an independent Kyrgyzstan. While the Soviets industrialized the city and gave it the lasting, uniform look that destroyed any chance Osh might have of competing with other Silk Road cities in terms of aesthetics, they did leave behind a few lasting monuments to their own rule.

Lovers of Soviet monuments and nostalgia will embrace the opportunity to pose next to one of Central Asia’s largest surviving Lenin statues, as the Bolshevik leader still stands tall outside the local university. In Navoi Park, Osh’s most popular outdoor recreation area, you can even find the unusual sight of an abandoned Soviet airliner, surrounded these days by tea shops and shashlik stands.

Galloping Through Kyrgyzstan, From Arslanbob to Fergana Valley

The highlight of any day in Osh is a visit to the Jayma Bazaar. While it may not appear so when you first arrive in the dingy, badly lit marketplace constructed from rusty shipping containers, this is a bazaar that has been trading for thousands of years. This is an integral and often overlooked stop along the ancient Silk Road, but today, with goods flooding across from China, it’s very much still part of the modern trade networks from east to west.

The Jayma Bazaar is a maze of stalls and shops built into containers that stretches along either side of the river for over a mile. It’s enormous, at first overwhelming, but always enthralling. Here you can see the true diversity of Osh firsthand, as families shop through the stalls in their resplendently colorful Uzbek outfits, buying imported goods that have crossed the Tien-Shan from China. Kyrgyz men in traditional Kalpak hats wander the alleys, while Tajiks chop meat to sell Russians and Ukrainians.

Exploring the Jayma Bazaar is the perfect way to end a day in Osh, a city that many travel through without ever understanding.