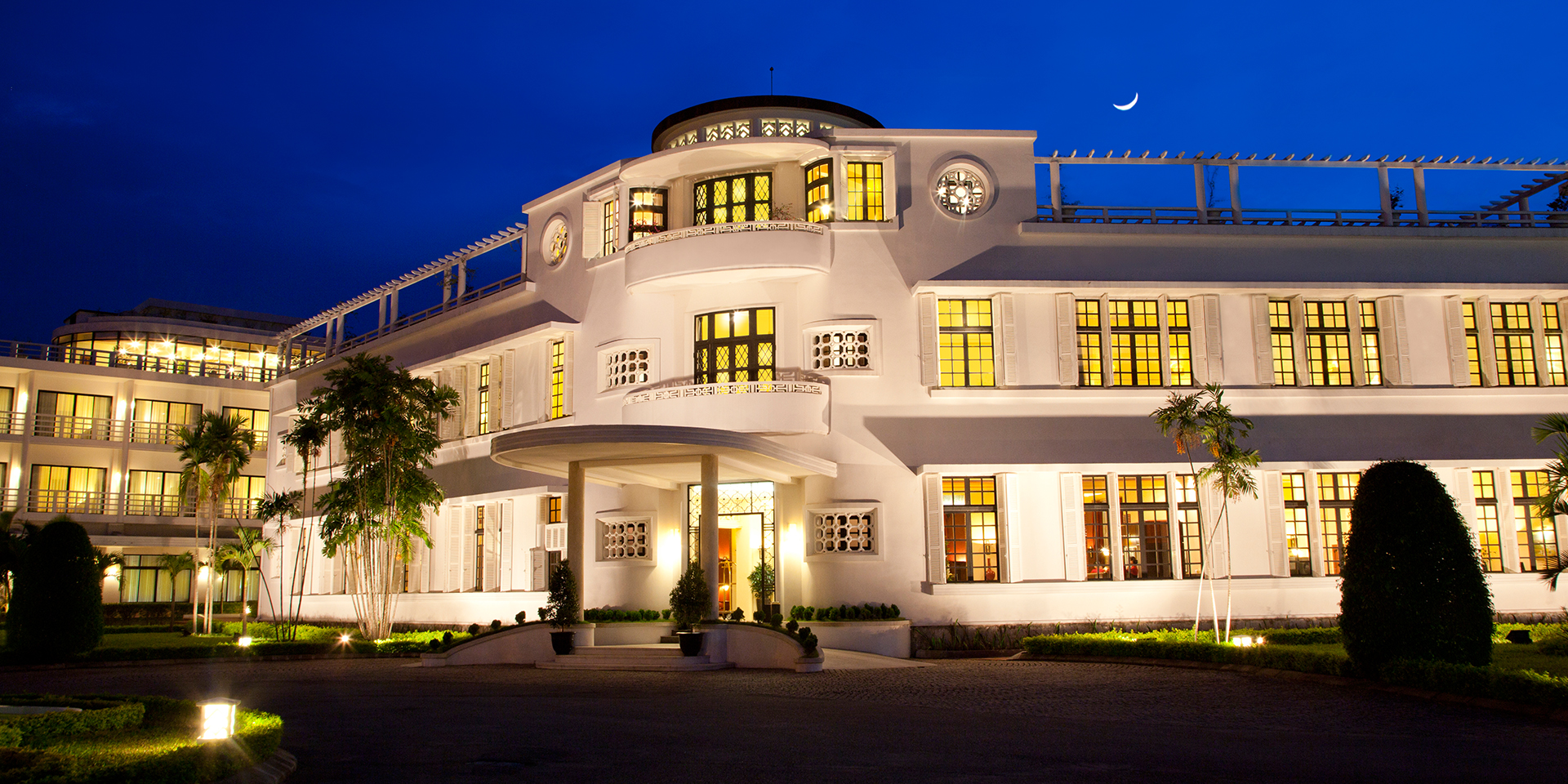 Hue is most renowned as the former imperial capital of Vietnam where the Nguyen Emperors ruled from the Palace of Supreme Harmony. The Nguyen’s stately citadel, their Forbidden Purple City, and their magisterial tombs are an East Asia Wonderland, and the foundation of the city’s appeal as a UNESCO World Heritage Site.

But the city is also home to an amazing collection of colonial French architecture. After consolidating their hold on Vietnam in the latter part of the 19th Century, the French built a ‘new city’ in Hue, on the other side of the Perfume River from the very Vietnamese Imperial City. Though modernity has brought the wrecking ball to some of these old assets, no visit to Hue is complete without a bit of dreamy contemplation of what once was.

5 Reasons to Take Your Golf Clubs To Vietnam

The raspberry-red Hue railway station opened in 1906 as the northern terminal of the Danang-Hue leg of the TransIndochinois line and endures still as a picturesque stop between Saigon and Hanoi.

Though Gustave Eiffel’s name is invoked frequently in Vietnam, so much so that you almost wonder whether the man himself lived here and pretty much built the place, he was not responsible for this building. But his firm did design the nearby White Tiger Bridge, which finally linked the north-south railway in the 1930s.

In 1930, the colonial French governor of Indochina needed a guest house, and so he built the art deco marvel that endures today as La Residence Hue Hotel & Spa. The centerpiece of the hotel is the colonial guest house, and would be as home on Miami’s South Beach as it is on the banks of the Perfume River.

Note the nautical hallmarks of the streamline moderne school of Art Deco: the porthole window, the long horizontal coping, and the bowed facade. The railings evoke the romance of a ship at sea. Neither of the annexes is original to the era, but look as if they are.

Quoc Hoc is what Vietnam has instead of Eton. Everyone from Ho Chi Minh to Ngo Dinh Diem studied here, and its alumni are a who’s who list of major 20th Century Vietnamese leaders. Such is the school’s its prestige today that the city’s very best students still flock to its halls. The school was founded in its present location in 1896, but the plum-colored European buildings you see to date only to 1915.

ABOVE: Le Cercle Sportif dates back to the 1940s.

Like 5 Le Loi above, Le Cercle Sportif by the Phu Xuan Bridge over the Perfume River is fine specimen from the streamline moderne school of Art Deco. Back in the day, the city’s colonial elite congregated here for tennis, to swim in a pool that was on site until the 1990s, and to drink in the view of the river from a veranda that laps out over the water. One contemporary French source dates the building’s construction to 1940.

ABOVE: Truong Tien Bridge was built by Gustav Eiffel.

One of just 27 bridges known to be built by the legendary Gustav Eiffel, the Truong Tien Bridge is as much a part of the dreams and poems of the people in Hue, as it is a way over the Perfume River. Construction on the 400-meter seven-trestle bridge began in 1897 and was completed in 1899. Its grand opening was celebrated in 1900 with King Thanh Thai himself cutting the red ribbon.