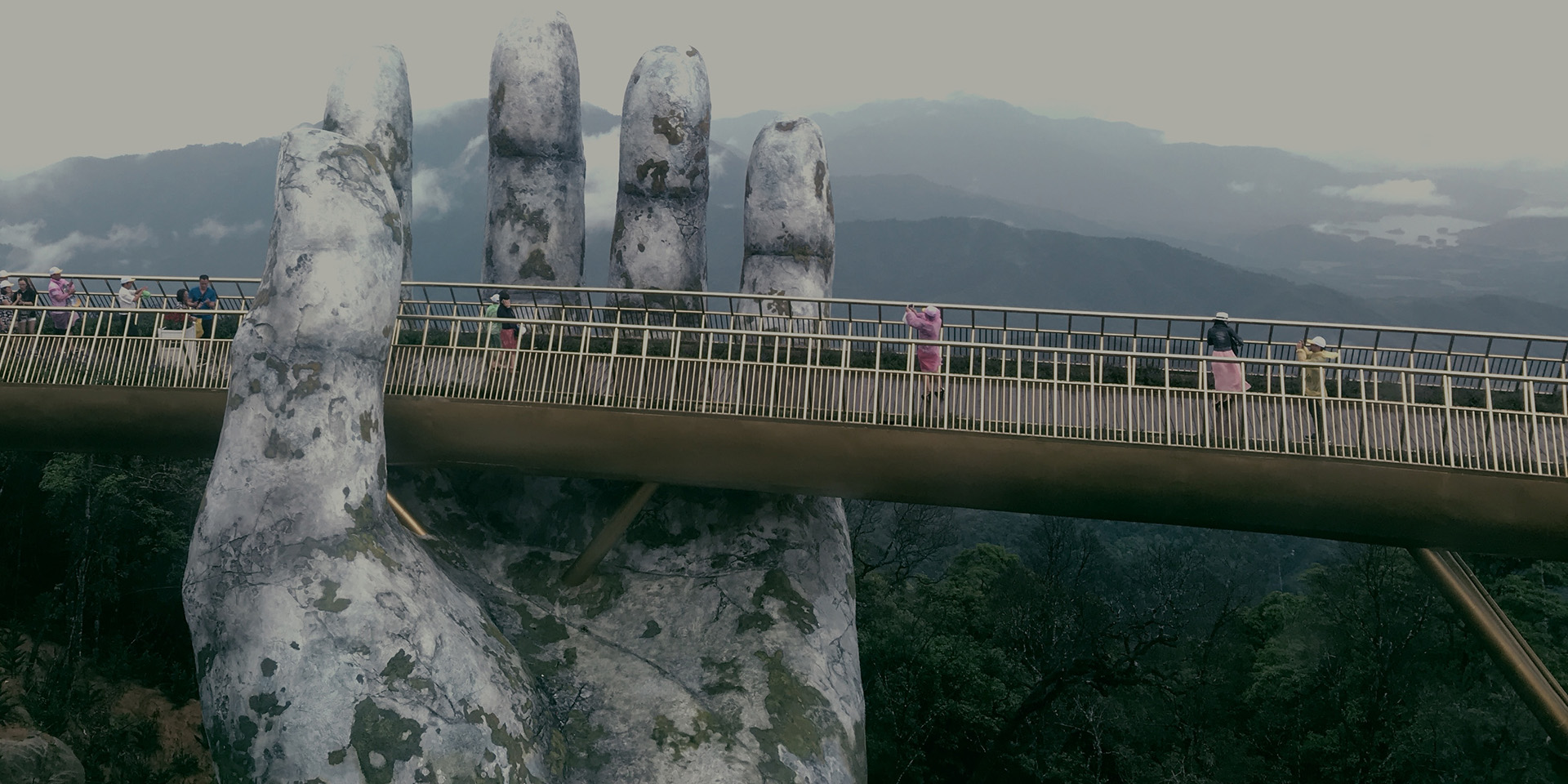 The internet went wild recently with the newly-opened Golden Bridge, and, to be fair, it’s pretty cool. But countless column inches were spent telling everyone what an underrated travel destination Da Nang has become. Well, just hold on there: Da Nang, coupled with Hoi An, has been a great travel destination for a while now, and it’s got nothing to do with those giant hands. For the luxury traveler and the Vietnam vacationer who take things slow, Da Nang has plenty to offer.

Stay at the Nam Hai

It’s been argued more than once that a destination is only as good as the accommodations. In the case of Da Nang and Hoi An, the Nam Hai Resort, run by Four Seasons Hotels and Resorts, places this tropical destination on a world-class level where lodging is concerned. Idyllically located just outside of town and even closer to Hoi An, the resort is situated upon a celebrated patch of beach and is a short distance from three UNESCO World Heritage sites.

With the exception of Bill Bensley’s designs at the Intercontinental in De Nang, there are no luxury accommodations in the region that even come close. All of the resort’s villas are beautifully decorated, lavishly appointed, and feature private pools for guests to whittle away the sunny, tropical days.

ABOVE: Infinity pools at the Nam Hai Four Seasons Resort.

There are a number of gourmet restaurants and stylish bars, and if that isn’t relaxing enough there is also a state-of-the-art spa. It may be hard to leave this resort, but the surrounding attractions turn a luxurious excursion into a memorable trip.

ABOVE: Huyen Khong Cave in the Marble Mountains.

According to folklore, a beautiful girl hatched out of an egg here, and the fragments of the shell eventually grew into the five mystical Marble Mountains. True or false, the beachside mountains are certainly picturesque and facilitate all manner of activities, from sightseeing to climbing. After climbing the mountains, hikers can enjoy excellent views of My Khe Beach’s white sands.

The mountains also contain a number of caves, Buddhist sanctuaries, and vestiges of the Vietnam War. While these elements are equally as beautiful as the panoramic vistas and pagodas above, their aesthetics do draw from the bizarre: some of the Buddhist statues have rather violent elements, and the ethereal strands of light cut into the dark caves to create a curious natural lighting. The mountains are just outside of Da Nang, and a visit to them can provide a full day of entertainment.

Eat at La Maison at the InterContinental

Travel Da Nong and Hoi An with Remote Lands

The luxury traveler to Da Nang can rest assured that the coastal city holds its own when it comes to gourmet dining as Da Nang is home to Vietnam’s first restaurant run by a Michelin-starred chef: La Maison 1888. Drawing on the region’s Indochinese roots, this restaurant serves classical French cuisine with contemporary flair, and it has since garnered international recognition for its efforts.

In addition to gourmet meals, the restaurant also boasts a wine room curated by a sommelier, a bar for pre-dinner glasses of champagne, and an extensive menu of aged whiskeys. Located along the foothills of Monkey Mountain in the InterContinental, this luxurious dining destination matches stunning views with meals and is a perfect retreat after a day of exploring the mountain or lounging on the beach.

ABOVE: Paragliding over the Son Tra mountains.

While not all visitors will encounter the rare red face monkey on their trip to Monkey Mountain, they are certain to come across the largest Buddha statue in Vietnam, a thousand-year-old tree, and panoramic views of Central Vietnam. Located a little under a half hour outside of town, this scenic mountain is a popular destination for tourists and locals alike who want to escape the heat and traffic of Da Nang.

White sand beaches grace the foot of the mountain, and there are sprawling views at the top. Hiking the whole thing takes about four hours, but most make the ascent by motorbike or car. The summit’s 18th Century Linh Ung Pagoda features a 220-foot-tall statue to the Goddess of Mercy atop a lotus-shaped platform. This is considered to be the tallest statue of the deity in Southeast Asia, and the 17 floors within the structure contain 21 more miniature Buddhist sculptures. There are also ornate gates, gardens, and other structures at the mountain’s summit – and did we mention the views?

Ride on the Wild Side: Motorcycling Along Vietnam’s Historic Ho Chi Minh Trail

About an hour outside of town lies My Son, a UNESCO World Heritage site that was the religious and political seat of the former Champa Kingdom. This kingdom contained a unique culture rooted in Indian Hinduism that developed along the coasts of modern day Vietnam between the 4th and 13th centuries. Today, the site is home to the impressive remains of ten centuries worth of tower-temples. Many of these temples are dedicated to Hindu divinities, and while most are dedicated to Shiva, others pay homage to the likes of Krishna and Vishnu.

The towers are constructed with fired brick, stone pillars, and decorated with sandstone bas-reliefs, which come together to form a lasting testament to the kingdom’s religious, architectural, and cultural prowess. Many of them have been destroyed over the years – especially by American bombs in the Vietnam War.

The Vietnamese name “My Son” literally translates to “Beautiful Mountain,” and with its surrounding mountains, thick jungles, and gurgling streams, the heritage site lives up to this reputation despite its often-tumultuous past. The best time to go is usually in the morning when the air is crisp and the heat is still bearable.